In this post I review my ride on the Pacific Coast Bicycle Road from Shizuoka to Irago and then on towards Toba and Ise by ferry.

Bicycle: 212 km
Other transport: 568 km
Region: Along the Pacific Coast from Shizuoka to Cape Irago and then over by ferry to Toba and to Ise, returning by train through Nagoya to Tokyo
Total riding time: 16:00 h
Total ascent: 1,177 m

While the region is very nice, unfortunately the Pacific Coast Bicycle Route in many parts is not up to it at all, being hugely overgrown by vegetation or invaded by sand dunes that make passage impossible or simply hard to find. It isn't true for the entire path, there are good stretches as well, but many bad or impassible stretches taint the image of this bicycle lane. However arriving at cape Irago did repay for a lot of it and sightseeing in Ise was also nice. 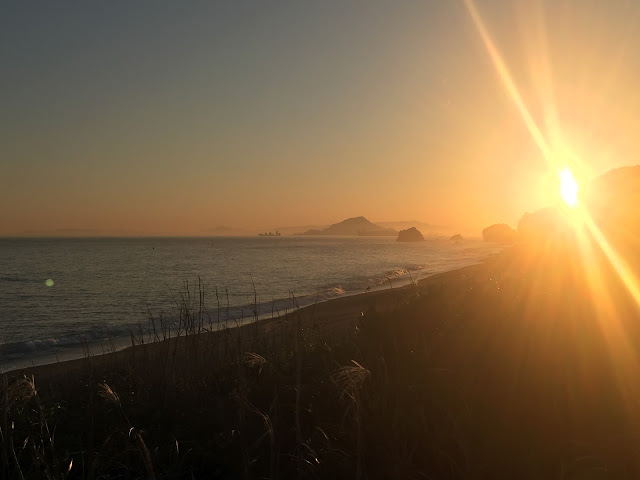 Here an approximate map of the ride as Google shows it, the actual rides are, as always, in the day-to-day descriptions:

As per my original plan, I rode down the Pacific Coast from Shizuoka to Irago and then on with the ferry to Toba and then to Ise. In my plan of Mie prefecture, I would have continued on from Ise towards Inner Nara prefecture (taking a train at some place). However as I needed to go back to Tokyo for a few days, I stopped at Ise and then did the ride through Nara prefecture coming from Maibara instead.


While the part between Shizuoka and Cape Irago does not have a lot of touristic highlights, Ise then is a worthwhile touristic visit, to the birthplace of Shintoism. 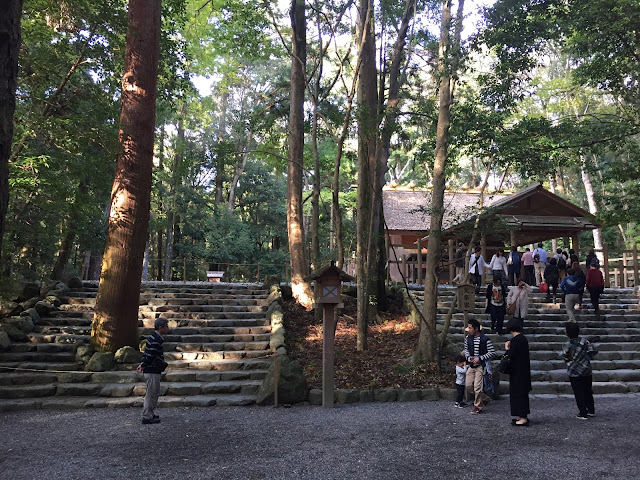 Also Cape Irago and specially the hotel I had stayed in at the end of the cape, was in a very nice landscape ... 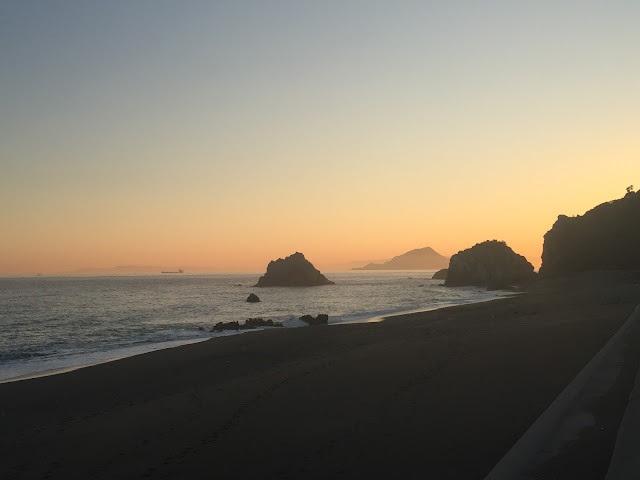 ... and even the ride down the long peninsula from Bentenjima to Cape Irago had its scenic spots with all those cabbage fields. 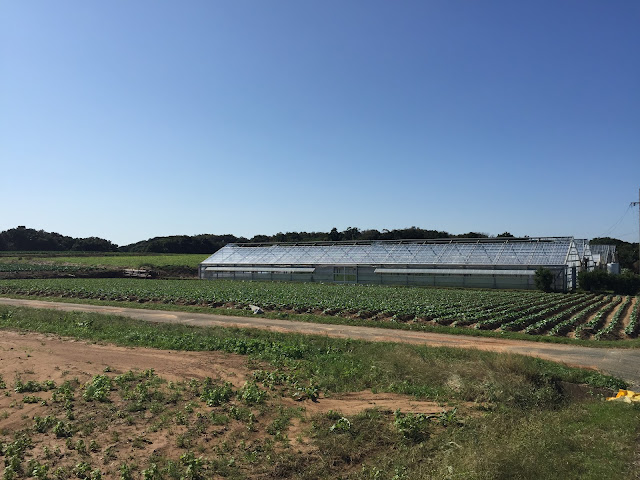 Actually most of this ride could have been done by bicycle only. The high km in other transport is mainly due to the fact that I needed to return to Tokyo after visiting Ise to take care of some work related issues. Apart from that the only non-bicycle time was under the rain between Omaezaki and Bentenjima and obviously the ferry over from Irago to Toba. If the weather would have been better essentially the entire way from Shizuoka to Ise is perfectly ridable by bicycle. Well, perfectly, with the caveat of the badly maintained bicycle path along the Pacific coast, the existence of which was one of the reasons I even had chosen this ride.


None withstanding these difficulties, actually Day 33 was the longest ride so far (76 km) and Day 35 was the one with most ascent (529 m, 74 km). So actually I did get a lot of cycling done. And weather, except on Day 34, was very good cycling weather.

Gear wise I unfortunately had my second confirmation that my rain gear is totally not up to rain. After this ride I did avoid any more rainy rides while in Japan, but sooner or later I will need to address this problem and look into a more reliable rain wear option.