In this post I review the four days I spent on Sado exploring the island by bicycle and entering into one of Japan's bicycle heavens.


These days I have discovered Sado island and was fascinated by its beautiful villages and rural landscape. Sado is definitely a cyclist dream, both for the more leisurely riders as myself, as well as for more ambitious riders who like steep rides (why would anyone like to ride up hills is a mystery to me). 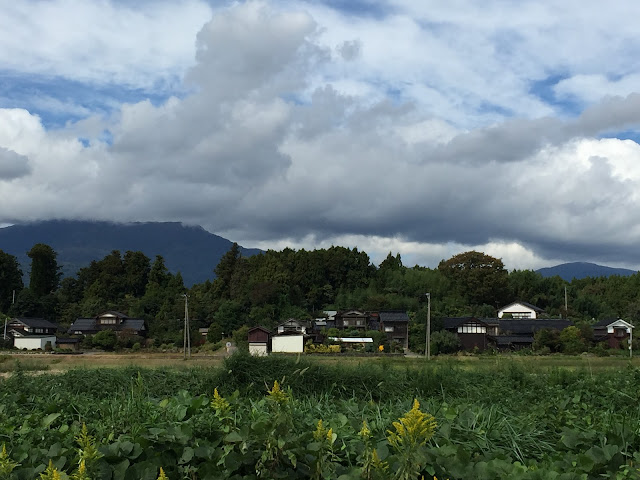 For me Sado was really the quintessential Japanese country side. Small villages with actually nice houses that are lived in. A active village life with matsuris (see Day 24) for and by the locals, and sufficient sightseeing spots to keep also a tourist busy for some days and all this with very little tourists! At least at the temples I visited practically no tourists. Only at the toki-bird park and the sake factory were there any tourists, but actually this change from touristy to not-touristy makes that you enjoy even more the non-touristic parts, feeling privileged to be able to "discover" these parts.

Sado island, or at least the plain between Ryotsu and Mano would seem to be a cyclist paradise:

Even the ride over to Ogi was enjoyable for me, although there were some mountains (hills?) to master, but I was repaid by a different landscape around Sobama beach, more rural Japan and empty roads.

And while I didn't meet a lot of other cyclists (as already in the weeks before, except in Hokkaido), it was the first time I met 3 other bromptonists!
To the enjoyment of Sado, it did help that I was generally lucky with the weather. Two very nice and sunny days, 2 cloudy days, but only a few drops of rain on the last day, which I did sit out in the onsen waiting for my ferry to bring me back to Honshu. While practically everywhere else in Japan (with the exception of Hokkaido) it was raining.


Regarding gear, I don't think that I learned anything new. Surprisingly although this is my first long term bicycle travel, I have brought the right equipment with me. At least it does work perfectly for me. And with washing machines widely available at hotels, washing every few days has so far not been a problem.