In this post I review my rather rainy trip through Hokuriku and up to Takayama and into the bliss of rotenburo at Hirayu Onsen, where I did sit out one of the latest typhoons in Japanese history happily in even more water... but hot water.

Bicycle: 69.5 km
Other transport: 537 km
Region: Getting from Naoetsu into Kurobe gorge, then through Toyama and Takayama to Hirayu onsen and then down the other side of Japan to Shizuoka
Total riding time: 4:50 h
Total ascent: 257 m


Here an approximate map of the ride as Google shows it, the actual rides are, as always in the day-to-day descriptions:


However this time a lot of bus and train was involved, which is not shown on the above map. The actual routes I took are in the Strava or Garmin feed of each day:

In my original plan I had the Kurobe gorge and little else of what I finally did. Initially I had planned to cycle down the Sea of Japan side through Kanazawa to Fukui, but due to the weather (and time) I had to give up on that plan.

In the past weeks I had circumnavigated the rain quite successfully. Apart from one rainy day in Akita prefecture, I didn't really get into the rain. However now it was unavoidable. Rain everywhere in Japan. So I decided to go into the mountains a part that I wouldn't have made anyway by bicycle, and do sit the rain out as good as I could. Which in a rotenburo is always a nice experience.

Essentially this part 6 was a very varied experience and a slow way how to get from Naoetsu to Shizuoka. By Shinkansen, one would probably 4 hours... it took me a week... but with a lot of sightseeing and even more onsen in between.

Only the first day really involved any cycling, but it was a surprisingly good cycling experience, as there was a long bicycle lane along the Sea of Japan on an old rail way track. As so often, these things are not publicized at all, only the cyclists of that area likely know about it. 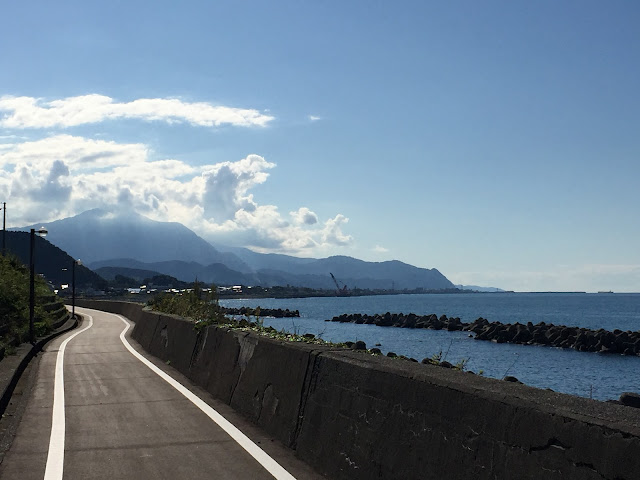 The trip into Kurobe gorge was also spectacular, specially in that small train riding deep into the gorge. The walk at the end point of the train was not such a special experience, too touristic and too early for real koyo, but the night in the ryokan inside the gorge was great with the onsen outside in the middle of the nature and gazing at monkeys while soaking in the hot water. 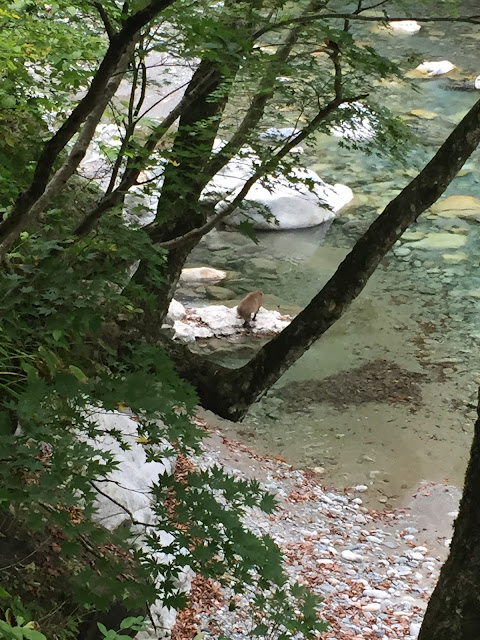 The following day in Toyama was essentially a passage day. Looking at it from retrospect, I could have easily travelled up to Takayama on that same day, and would not have lost out on anything in Toyama. However the glass exhibition was nice. 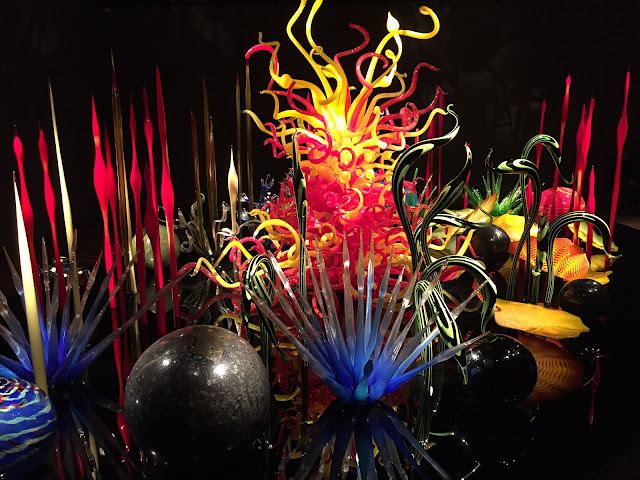 Takayama then was a bit of a deception. It has become very popular with tourists as a "real" Japan experience of a small town that is still preserved... when actually there isn't a lot that is still preserved and what there is, is full of touristic shops. It was also really the first time, 30 days into my trip through Japan, that I encountered foreign, read: Western, tourists in any noticeable amount. There had been some in Hiraizumi, but really Takayama was the first place where they did come in masses. Which was unfortunately very noticeable by the amount of tourist traps around town.

But I did escape from Takayama and the incoming typhoon up into the mountains and into one of the best onsen experiences I had so far in Japan: Hirayu Onsen. I have been organizing my trip on a day-by-day basis, normally not prebooking more than 1 or 2 days ahead. So when I was sitting in the hotel in Takayama considering where to go next, I first thought about Gero Onsen, half way down to Nagoya. But then I looked at the photos of the Japan-guide web page and was not impressed at all. So after surfing around on their very helpful internet page a bit more, I found Hirayu onsen. I stayed in the very first hotel on the list, but I guess if I ever go back to that region, I would like to try out others, more secluded ones. The Hirayu no Mori where I stayed, was perfect for my needs: directly besides the bus stop and with a LOT of rotenburos, but I guess that the more secluded ones offer nicer views from their pools.

To my gear I added a small foldable umbrella on day 30 in Takayama, which then essentially was left unused for nearly the rest of the trip through Japan. My rain gear did not suffer a reality test, as I retreated before the rain.