This post describes a rainy bicycle ride from Kakunodate to Omagari where I did get quite wet and then the continuation of today's tour by train to Yamagata.


Okay, so today I tested how it is to ride under the rain. Well, I can report that it is not nice.

Before I started it seemed that only a few drops of rain where falling, but luckily just before I really set out it did start to rain. At that point instead of doing the more sensible thing to just head to Kakunodate station, which was a mere kilometer away, I donned my rain gear and did set out. Initially the rain wasn't too bad, but somewhere along the road to Omagari it got stronger. So essentially by the time I arrived at the station the rain had set in and I was rather wet, see below point 2 about the rain jacket.

Just before leaving Kakunodate I still made this one picture of an old looking and rather big building: 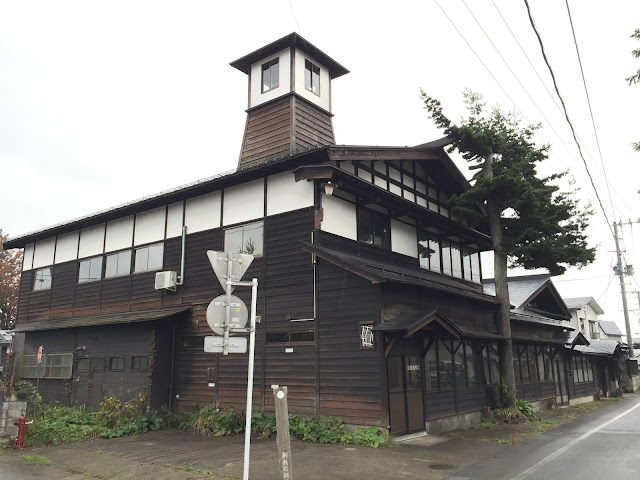 Apart from the rain, the ride to Omagari was eventless. I hadn't plotted the route with a lot of care, so for some parts I needed to take the main road. There isn't too much traffic, but still with the rain and all, the parts on small country roads where much more enjoyable.

I arrived at Omagari just about 15 min prior to the departure of a train to Shinjo. The following train departing only nearly 2 hours later, I decided to make a "run" for it, which however meant that I didn't have time at Omagari to change into dry cloths... Not sure if that was a clever thing to do.

In Shinjo I had planned NOT to take the shinkansen, but an other normal local train to Yamagata. So here I had all the time to change into dry cloths and get some tasty and warm lunch, カレー with mushrooms. I had wondered, why the train coming from Omagari didn't connect directly to an other local train to Yamagata, but only to a shinkansen to Yamagata. I somehow had decided that I didn't want to take a shinkansen today, as I had time anyway and I wanted to see something of the landscape. This was before I found this information about the Yamagata shinkansen: https://en.wikipedia.org/wiki/Yamagata_Shinkansen
Essentially the Yamagata shinkansen is called shinkansen, but it is not a "normal" shinkansen, it is an express train until Fukushima and then gets docked to a normal shinkansen and gets pulled at high speed to Tokyo. In the part between Shinjo and Fukushima however it is running on the normal train tracks, like also the local trains, and it isn't even going at a specially high speed. Actually at least partially the train tracks are one-track only!

Well, I didn't take it, but took the next local train about an hour later (and a hot lunch and change into warm cloths later). 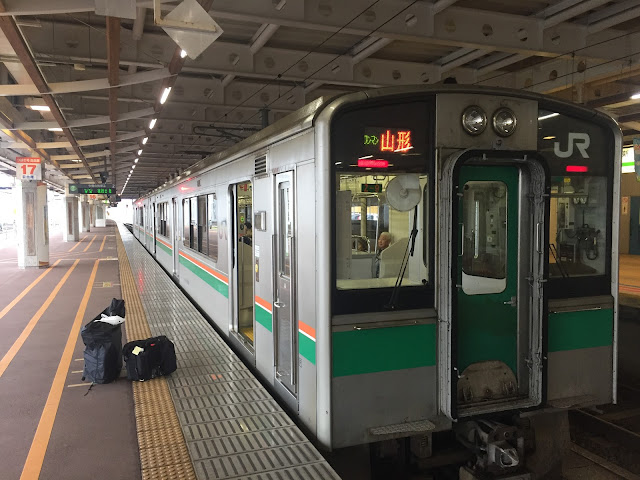 When I arrived to my hotel room at the Toyoko Inn close to Yamagata station, I started drying and washing my stuff. Even some money I had in my trouser pockets got totally wet, and is now drying in the bathroom, together with freshly washed cloths (those that can't be tumbled dry). 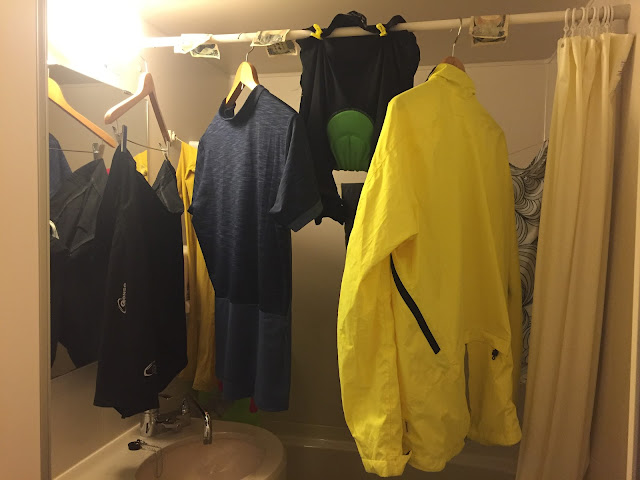 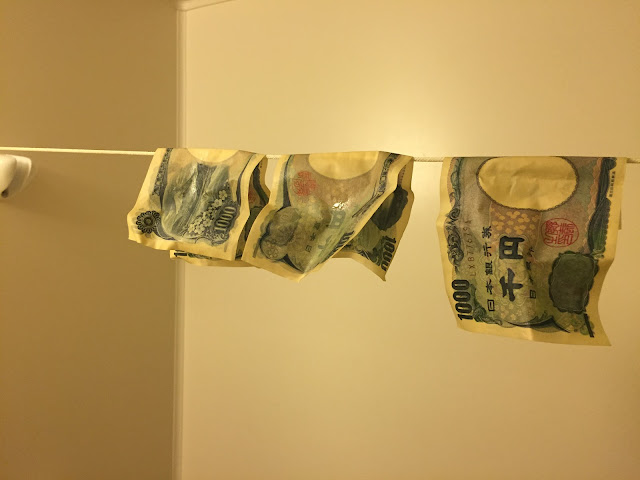 What did I learn today?

The weather forecast for the next week is not looking promising at all. Tomorrow and the day after weather is still fine from Nagoya to the South, but starting from Friday (3 days from now) the weather forecast has rain for practically everywhere in Japan. Even Okinawa. It is true that a 10 days weather forecast isn't very accurate, but with that much rain in the forecast it is kind of impossible to decide where to go. So I guess I will go back for a few days to Tokyo and wait for better weather to appear on the horizon.

But tomorrow, I will go to Yamadera (probably by train) and visit those temples over there. Hopefully they should be nice even with some rain. Which might actually not be too heavy tomorrow.