This post describes the first of four days on Sado island, just off the coast from Niigata, where I encountered a bicycle touring paradise.

Bicycle: 41 km
Ferry: 66 km
Riding time: 3:15 h
Total ascent: 185 m
Route: Riding through the plain between Ryotsu and Mano on Sado island
Weather: Light rain in the morning in Niigata, cloudy and getting more and more sunny on Sado, 18 C


Today in the morning the weather announcer stated with disbelieve in his voice, that in Kanto area (i.e. around Tokyo) it will be raining for at least the next 10 days. Lucky I did not decide to return to Tokyo, but instead headed for Sado island, where today (and probably also tomorrow) the sun was shining beautifully.

In the early morning however, when I left my hotel in Niigata, a light rain was falling. But as forseen, as we came closer to Sado island, some blue spots in the clouds opened up.

In principle bicycles are not allowed on the jet foil, BUT as I could parcel it all up, it miraculously became a piece of luggage and thus was perfectly okay to be brought on board. After about an hour of sailing we arrived to Sado island around 9:00. I got some additional tourist information on the island and then prepared to set out for the day. 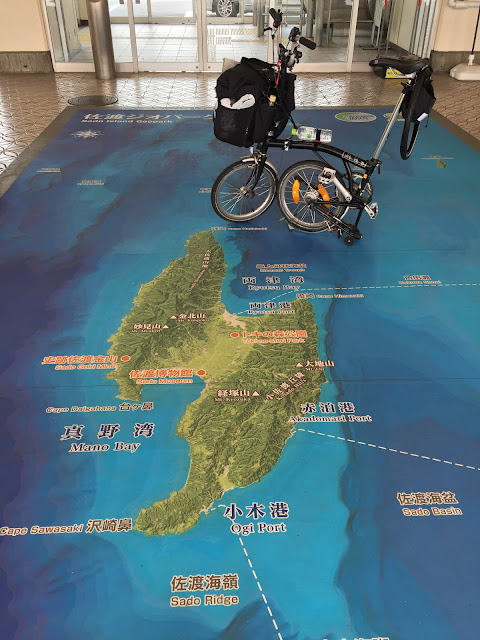 I was immediately taken by the nice village of Ryotsu and set off only very slowly stopping along the way for multiple photos. 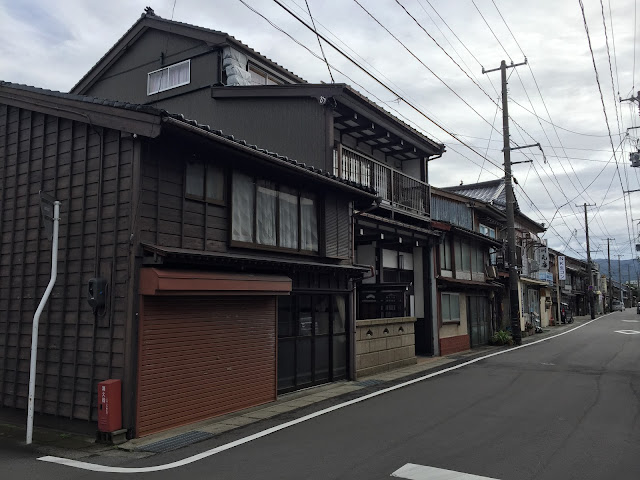 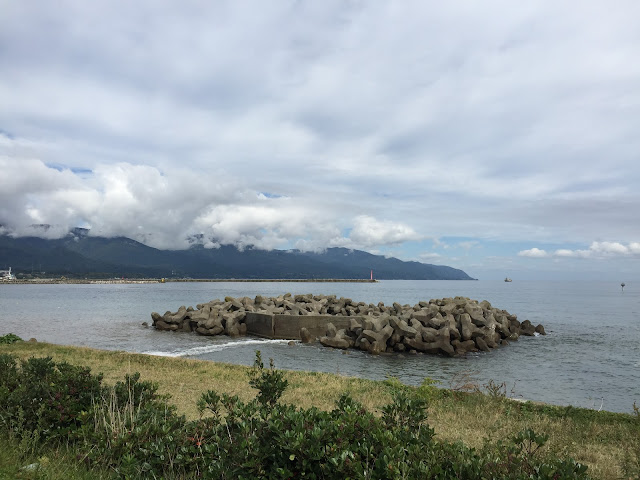 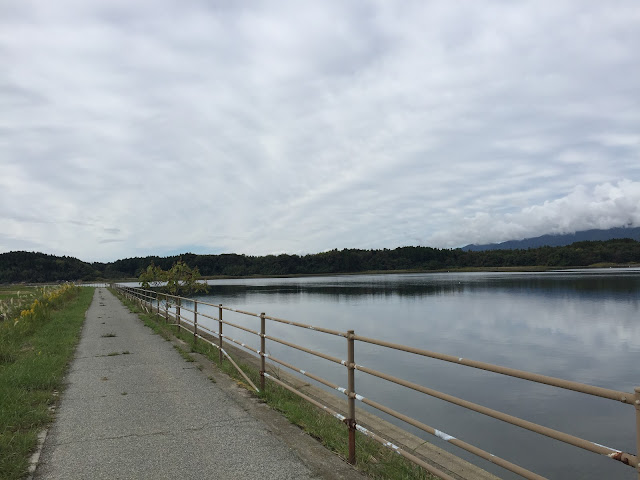 As I was riding around Sado today, I came to realize that not only Ryotsu village is nice, but actually all the villages I passed today were very nice. Traditional houses, most of them in reasonable state, not a lot of ugly buildings. Essentially some of the nicest villages I have so far seen in Japan.
As I was enjoying Sado so much, I called my accommodation for tonight and asked to extend my stay.

My first real destination of the day was the Toki Forrest park, a breeding center for ibis birds (Nipponi nippon). Surprisingly this was also the only part of the island where I encountered other tourists. Now I am obviously wondering where they all went after their morning visit to the birds.

This was the best shot I got of the somewhat shy bird: 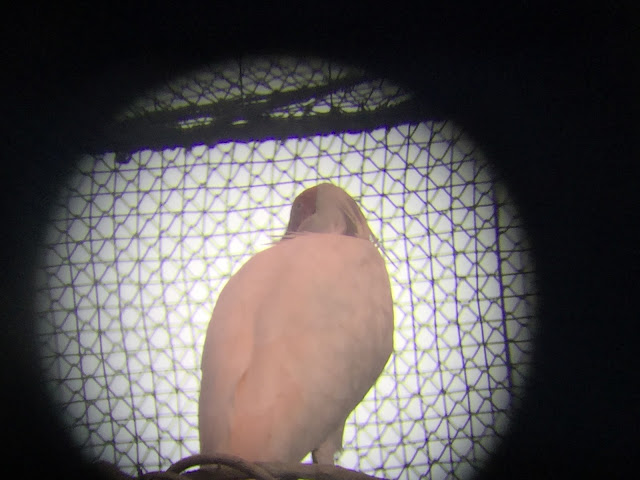 But it also exists as a road work block: 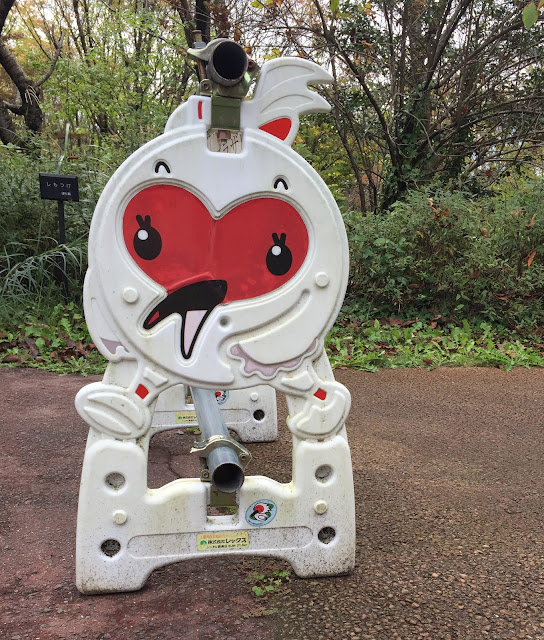 At the feet of the hill where this bird breeding center is, was also a nice temple. In general Sado seems to be full of temples as it has a long Buddhist tradition. 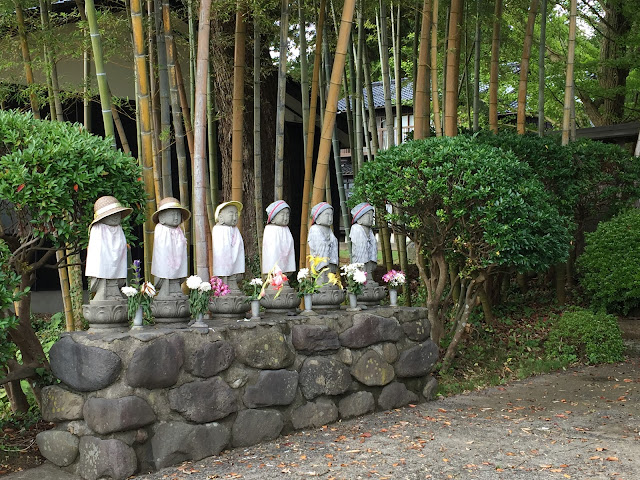 After a good lunch, my next destination was the Konponji temple. 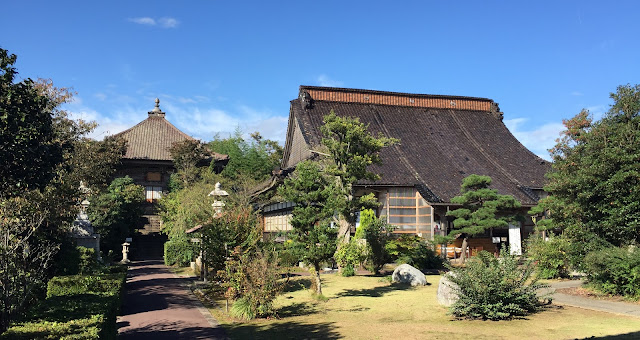 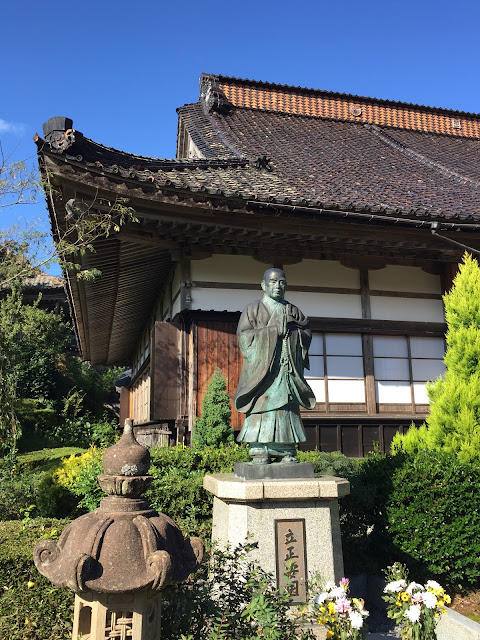 Instead of a bell, it sports a big drum. Not sure if the tradition of drumming on Sado came from these drum-towers. 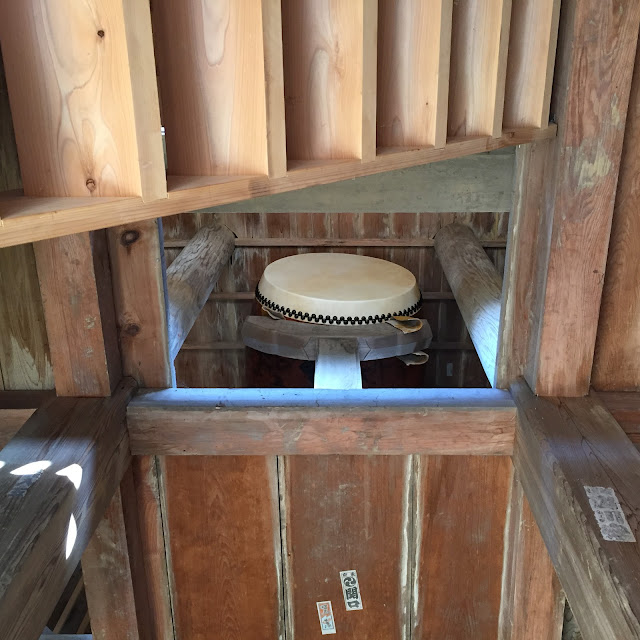 As I had extended my stay, there was no longer a pressure to do all my sightseeing today, so I simply enjoyed riding through the landscape. Specially enjoyable was a small road (very small) alongside the Kokufu river. 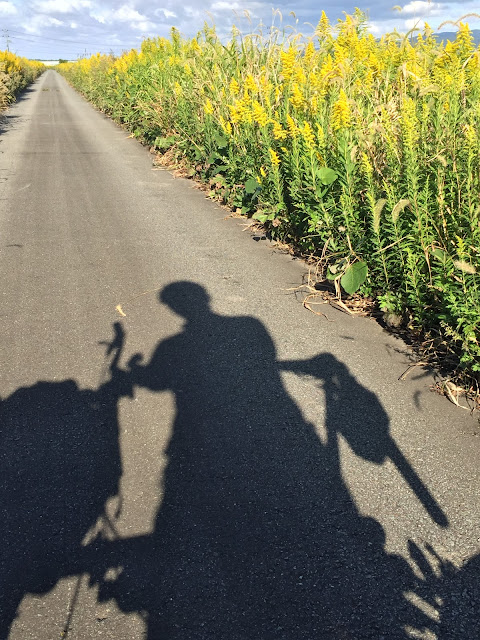 From there I had very nice views over the landscape and could even see a flock of cranes. 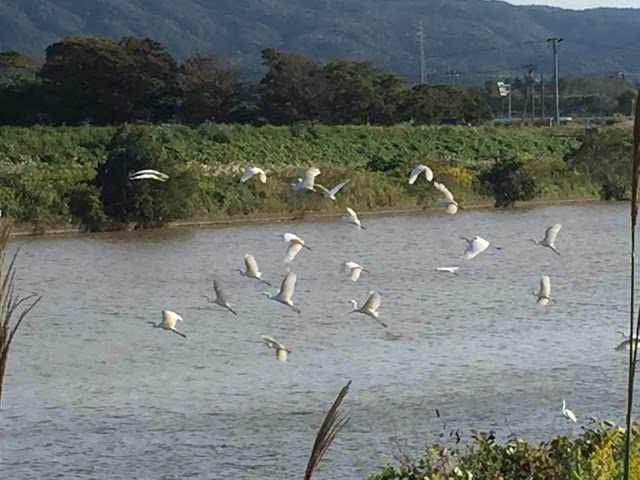 Thus I arrived on the beach of the other side of Sado island. As it was still early enough, I headed over to Kokubunji temple, the oldest temple on Sado island. 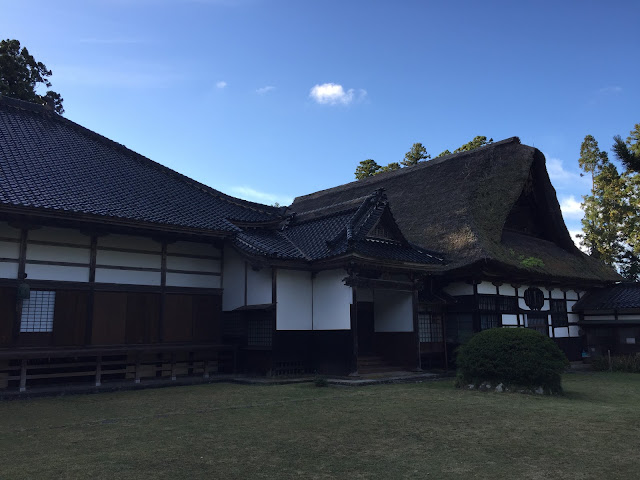 And then down the hill to Mano and my accommodation. Through an other few nice streets: 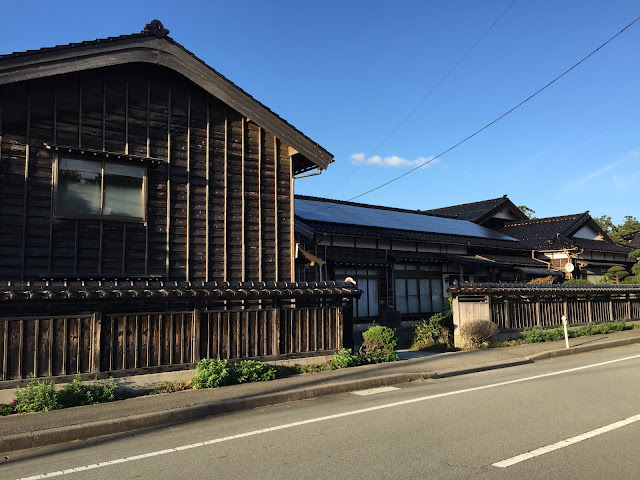 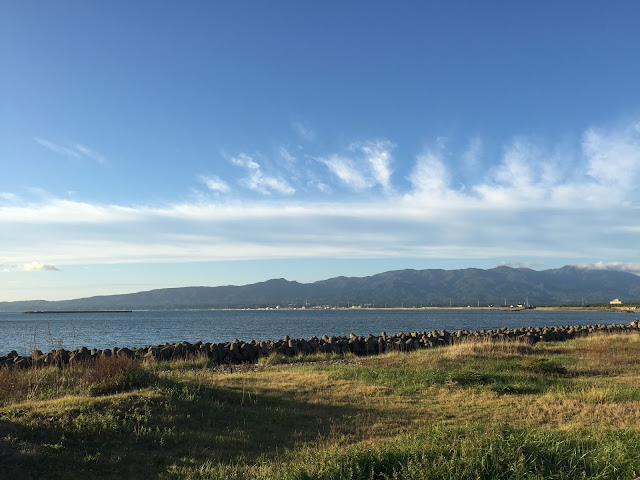 In Mano I arrived right in time for the sunset, which was partially obscured by clouds, but still very nice over the sea. 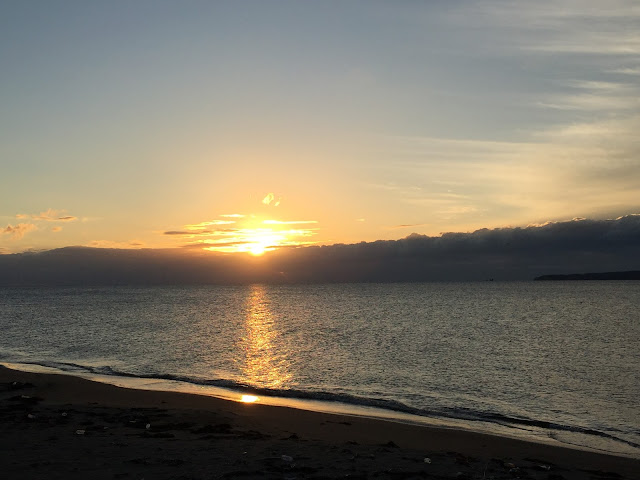 This put a perfect end to today's explorations of the island.

And just for sake of completeness the map of the ride to Niigata port: