An other day in the rain, so no chance for bicycle touring, but I had some cultural experience today, visiting the Glass Art Museum in Toyama.

Again a day practically without riding the bicycle, but riding nonetheless... trains!

As foreseen, today it rained. Too hard actually in the morning as that I could have enjoyed again the big outdoor onsen, I even had gotten up extra early (6:00) in the hope of the visit to the big pool, but did substitute that one with a bath in the indoor pool. After breakfast with my new Japanese old lady friends, I had an other visit to the smaller female-only onsen with its roof. It is rather hard to convince oneself to get all naked outside at a temperature of maybe 10 C and then walk under the rain (the few meters) from the changing hut to the pool, but once inside the water, it is heavenly.

After that relaxing and heating soak I checked out and walked slowly back to the station armed and protected by my umbrella bought yesterday (and forgotten today at Shin-Kurobe station).

Down again with the small train, change at Unazuki onsen station to the slightly bigger train of the Dentetsu line and off to Shin-Kurobe where I had left yesterday my bicycle and luggage. I finally spent over an hour at Shin-Kurobe station, as there was a nice museum about the Kurobe river and the Toyama plain, with great explanations in English as well at the tourism information office.

They even had a huge model of the entire Kurobe river. One amazing information I learnt there, that only in 2012 three glaciers were discovered in Japan. The only ones. I would have thought that such things as glaciers had long ago been discovered.

Then I gathered my luggage, got a bento, folded the bike and took the next slow train to Toyama. The station master of the Dentetsu line asked twice, if I was really sure that I wanted to ride on his slow train, instead of using the fast Shinkansen leaving just opposite. But I insisted. I wanted to see a bit the landscape and was in no hurry at all. Nevertheless I arrived at Toyama shortly after 13:00 and headed straight to my hotel to leave my luggage. A very strangely shaped hotel, but with a very nice and huge Japanese room: 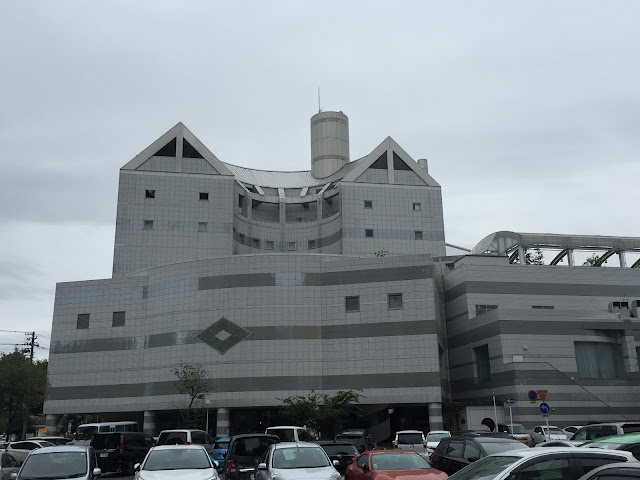 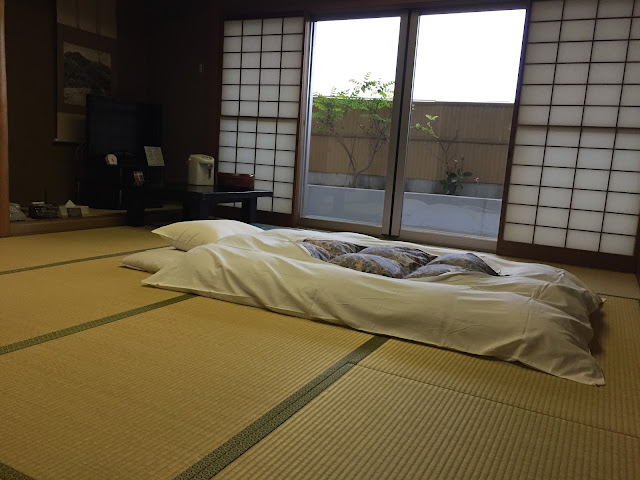 While on the train I had checked what to do in Toyama, as I am here really only passing through and did not have any interest in Toyama itself. The glass art museum was recommended. I have to admit that I mainly went in order to see the building by the famous Japanese architect Kengo Kuma, but finally I was more impressed by the glass art than the building itself. 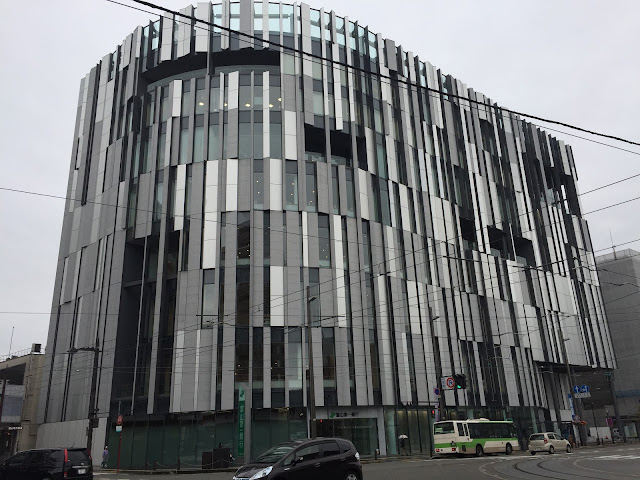 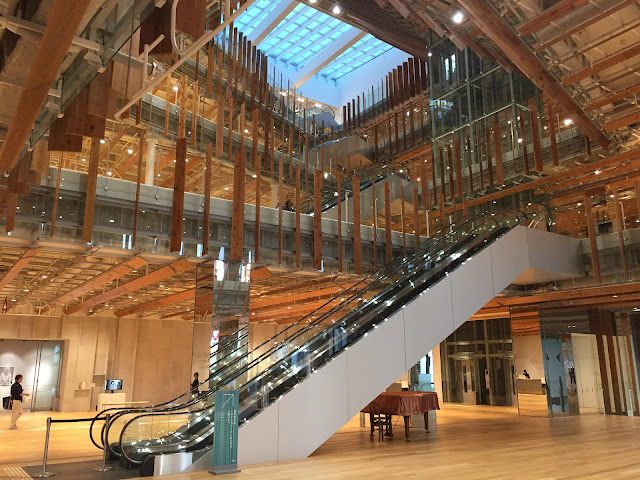 The glass art museum is distributed across all 6 floors, sharing the building with the city's library. I specially liked the works by Iezumi Toshio who polishes and carves sheet glass: 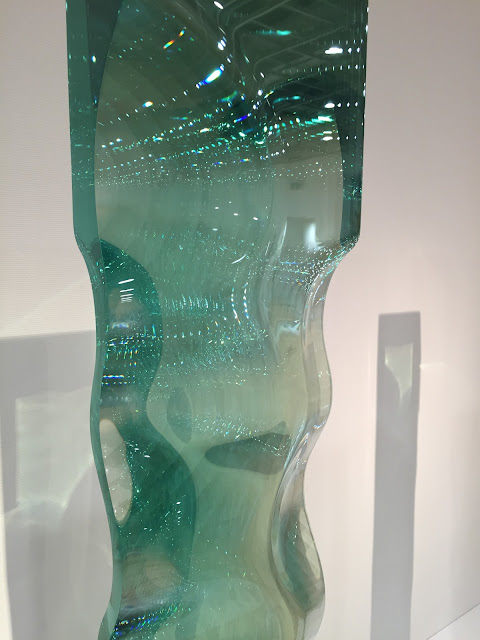 This work here specially reminded me of a landscape: 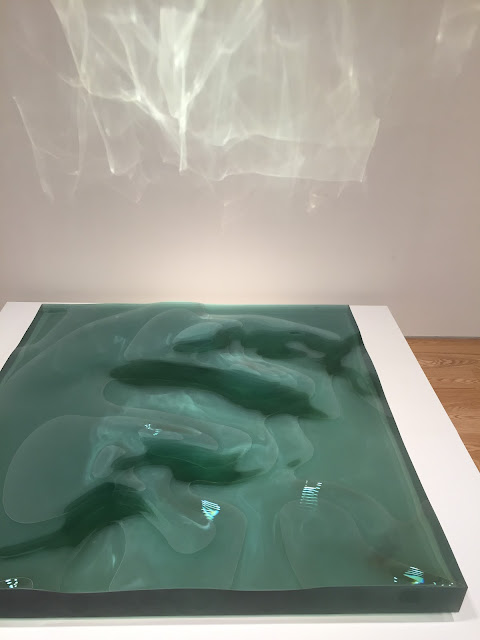 On an other floor there is a much more playful interpretation of glass. 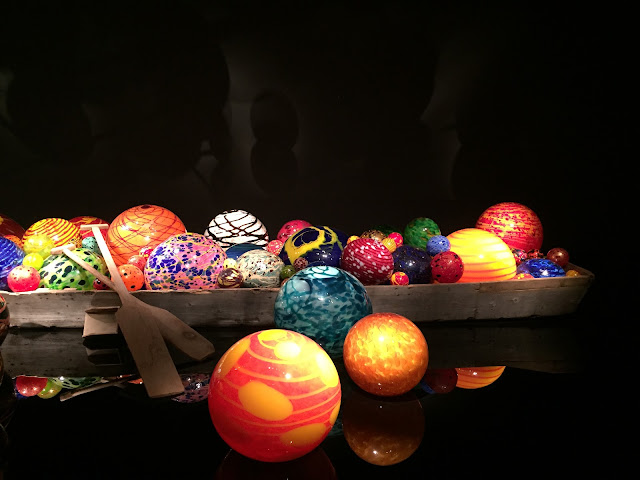 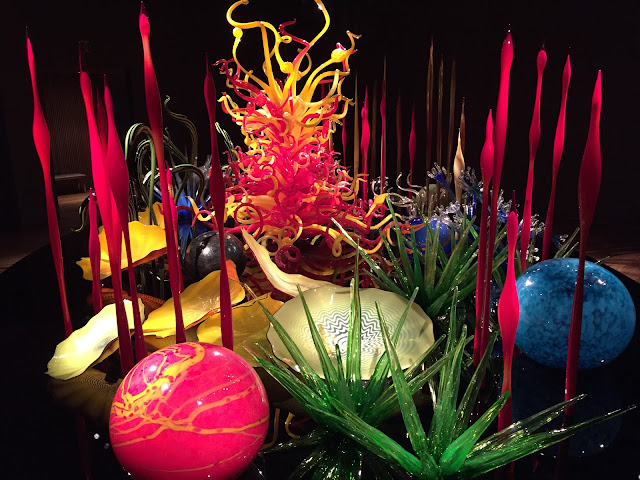 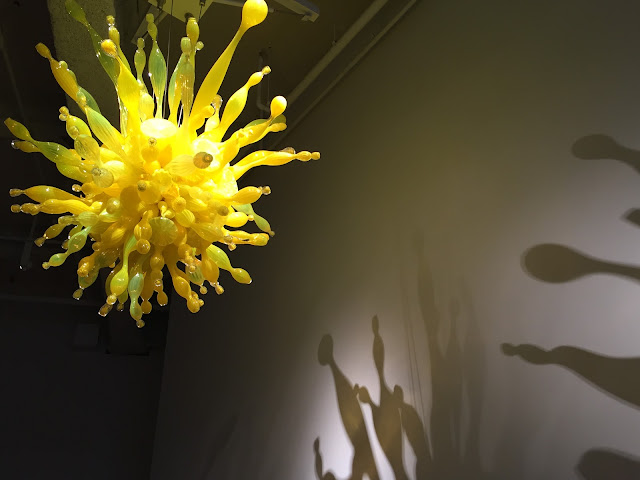 Maybe of this work of art I most liked its shadow: 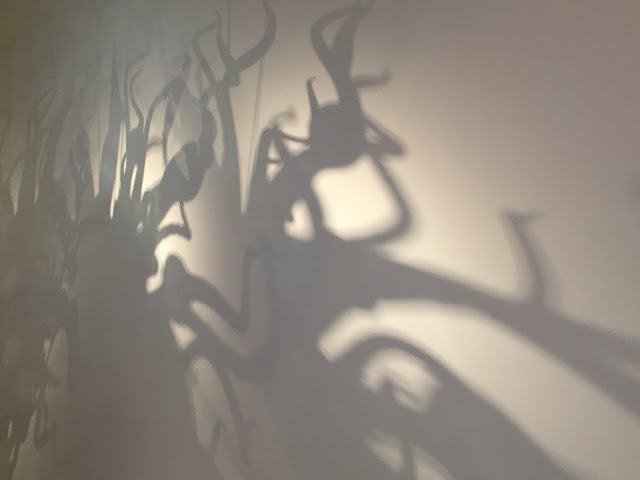