Under the impression of yesterdays wet ride in the rain, no bicycle touring today, but instead a train ride to Yamadera and sightseeing of the temples on the hill, which were really nice.


After all the rain I took yesterday, I didn't want to get wet again and opted for taking the train (and buying a very Japanese, transparent umbrella) to Yamadera. In the end it didn't rain all day, and actually even the sun came through in the crucial moments when I was on top of Yamadera temple. Perfect timing!

After a frugal breakfast in the Toyoko Inn, I took the express train in direction Sendai and after a mere 20 minutes I was at the foot of Yamadera temple. 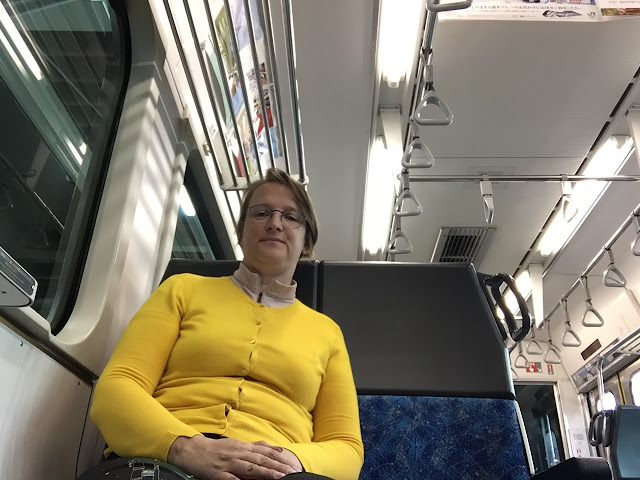 At that moment the fog on the mountain was still thick and one could only see the low lying buildings. So I started my expedition up the mountain and its 1000 steps with little expectations. 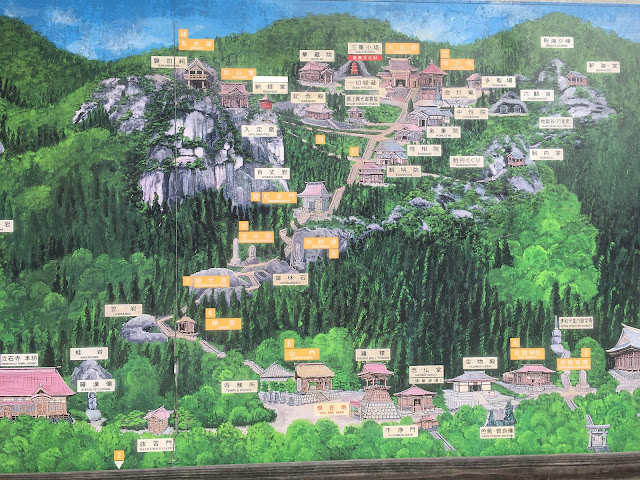 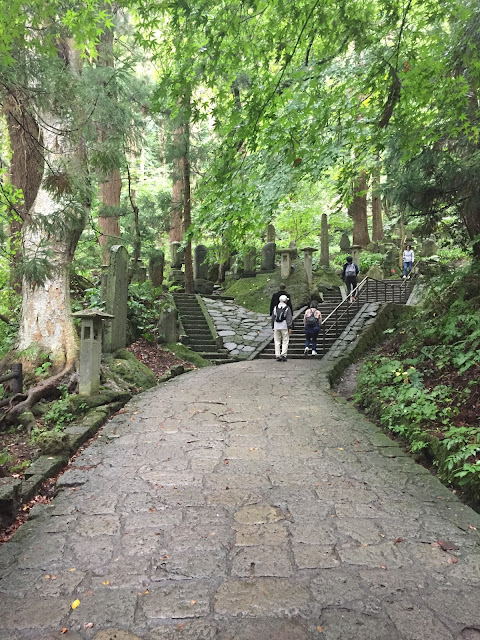 However right when I came to the Niomon gate, the entrance to the upper part of the temple grounds, the sun broke shyly through the clouds and little by little the clouds lifted. 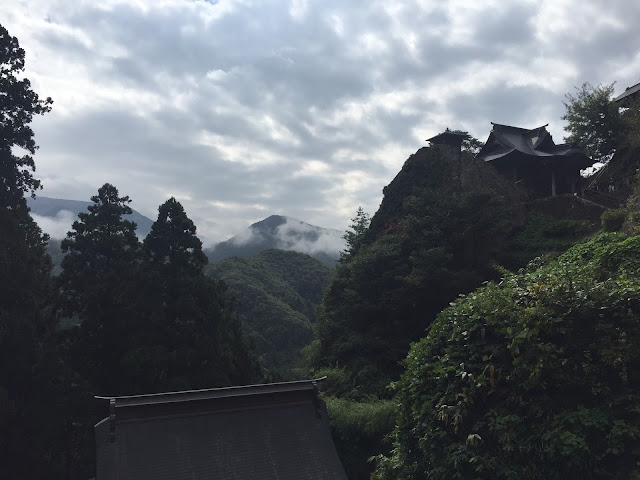 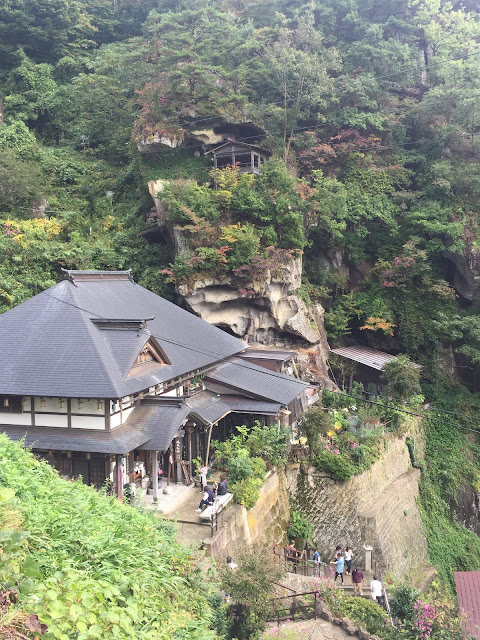 There was even one tree already with red leaves. But generally it is still to early (or too low) for nice koyo viewing. 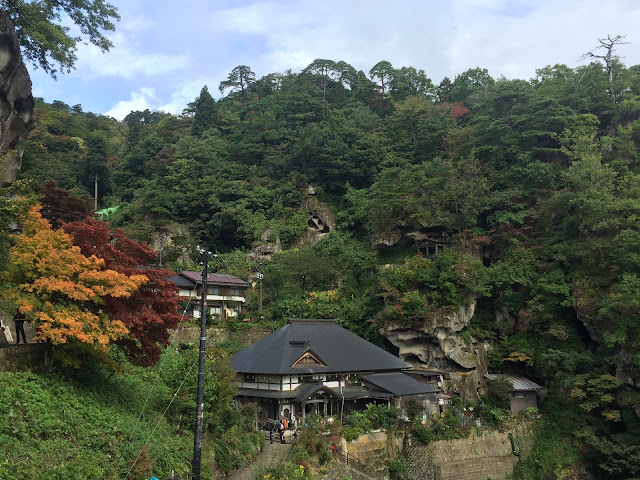 When I came to the famous view spot over the valley, the sun had properly come out and most of the clouds had lifted. 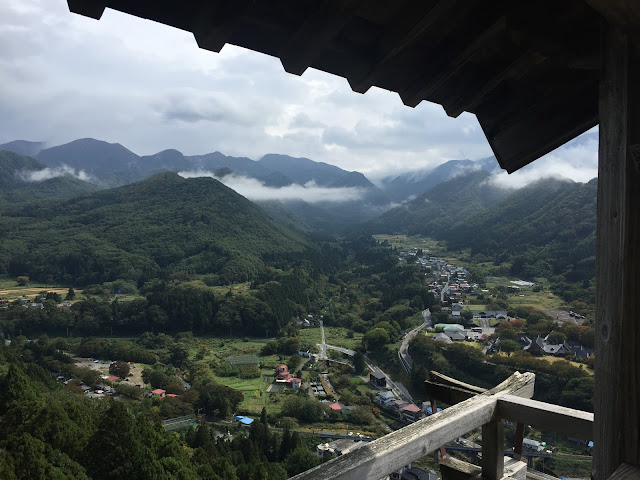 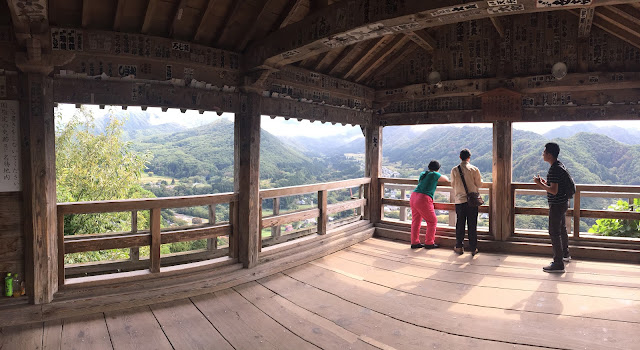 Then I continued my climb up to the highest parts of the temple. Now for a brief moment in bright sunlight. 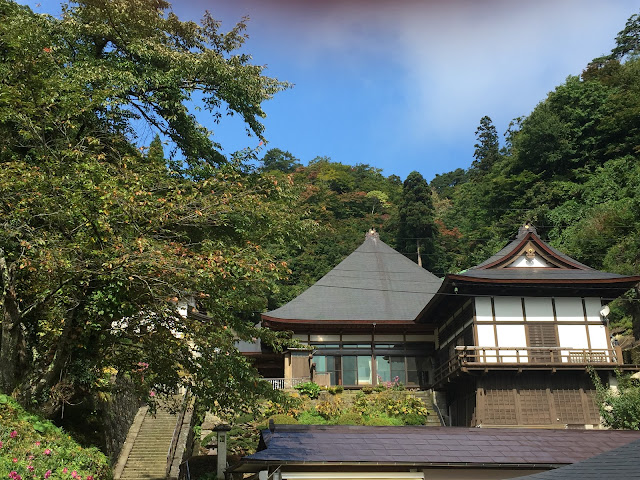 Up here was even a post box... but I had already shipped my postcards from Tazawa, and the postcards I bought today, I hadn't yet acquired. So no post card from me in there. I somehow thought that maybe one of the monks would bring the post down every day, but no, there was actually a normal postman coming up the stairs. Ever day! He did not look very athletic nor young and did hike up the stairs with the same fatigue as all the other visitors. That's dedication of Japan postal services! 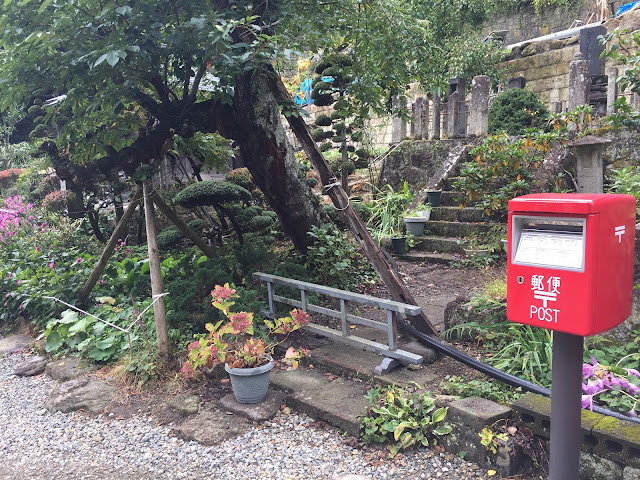 As I was returning to the base of the mountain, also the clouds settled in again. 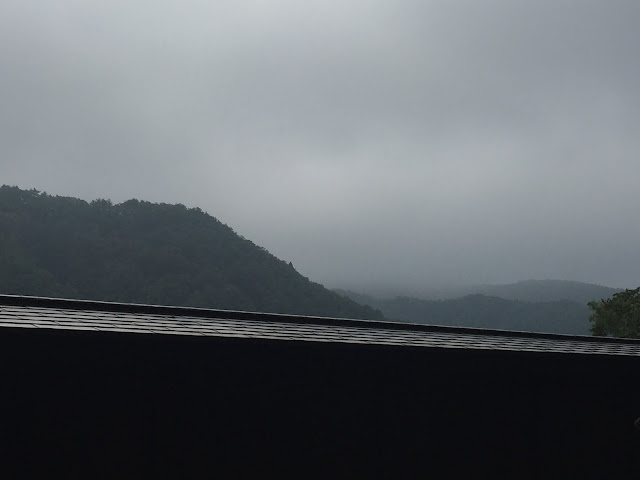 In the small village I had lunch and some cherry ice cream... 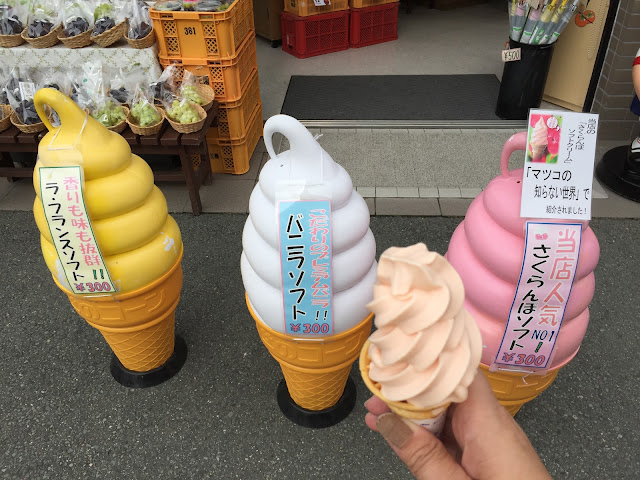 ... before walking up on the hill opposite and taking some last pictures of the temple on the hill (behind the fog). 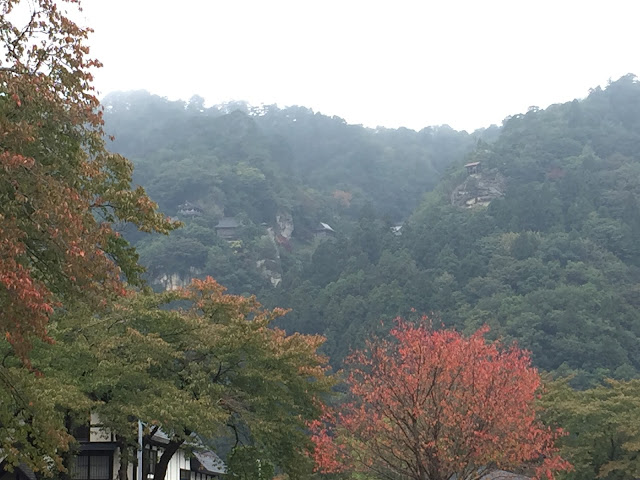 On that hill opposite the temple one could hear the entire day some strange cries and shrieks, like commandos, so I thought to find out what was going on there, thinking of maybe some kind of matsuri or maybe some traditional logging. But instead it seemed to be more some training of the Japanese army. At least the area was cordoned off and some military vehicles were parked close-by.

After this surprisingly nice excursion to Yamadera, back in my hotel I had an in depth look at my options for the next days, with rain coming in for most parts of Japan. Tomorrow it seems to be raining practically everywhere, but there seems to be also a "window of opportunity" on Sado island for Friday (the day after tomorrow) afternoon and Saturday. So I have decided to use tomorrow as a transport day to Niigata and then set off on Friday with the ferry to Sado island, to make my two day trip there.

Now off to some dinner in Yamagata!