My second day touring on Sado island was as relaxing as yesterday and I also discovered some nice temples and shrines on my short ride today.


Today an other leisurely day exploring Sado island. The morning essentially was dedicated to sightseeing some temples (and one shrine) and the afternoon to leisure at the beach and riding back.

After a little bit of a sleep in, well breakfast at 8:45 which in Japan is very late, I set off for my first temple of the day, Myosenji. The most remarkable feature of this temple is its 5-story pagoda. 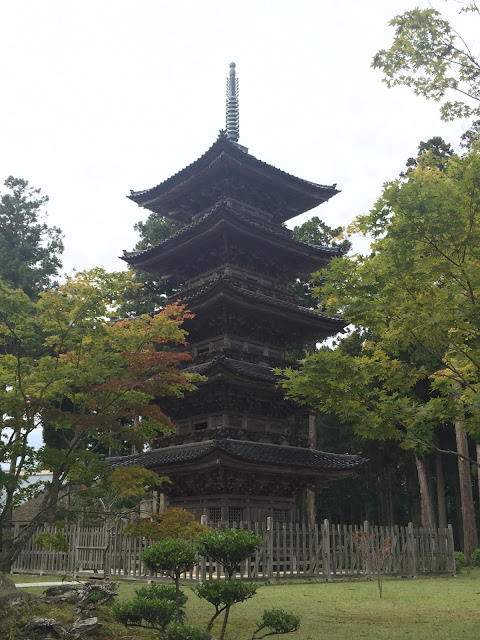 But also the temple grounds themselves were very serene and atmospheric. 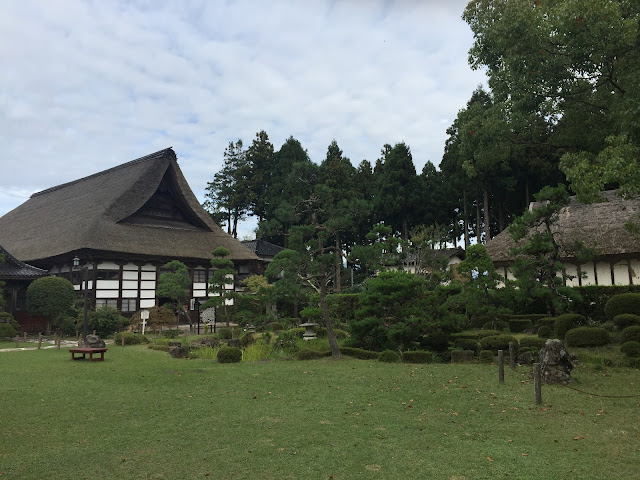 From there through the idyllic landscape over to Sawada and it's 2 famous temples and 1 shrine. 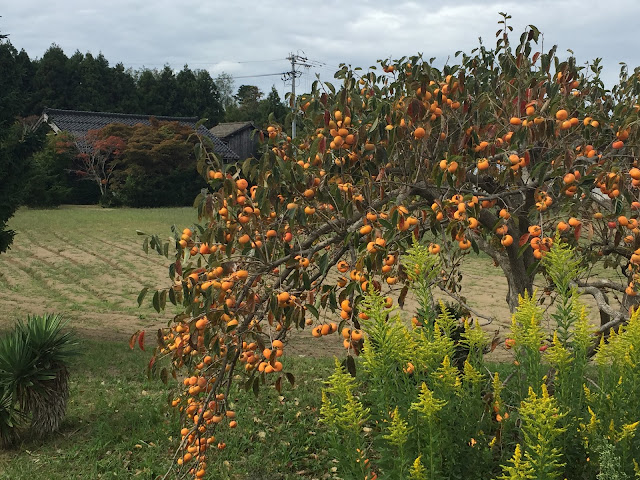 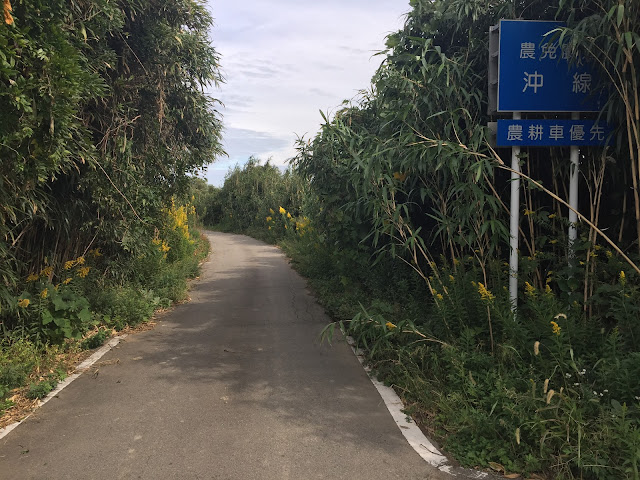 Specially Jisso-ji was really nice with this old ascent towards the temple. 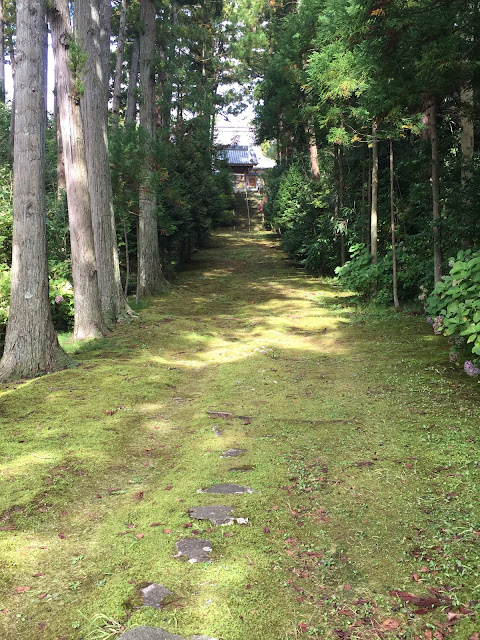 Also there were some early Momiji: 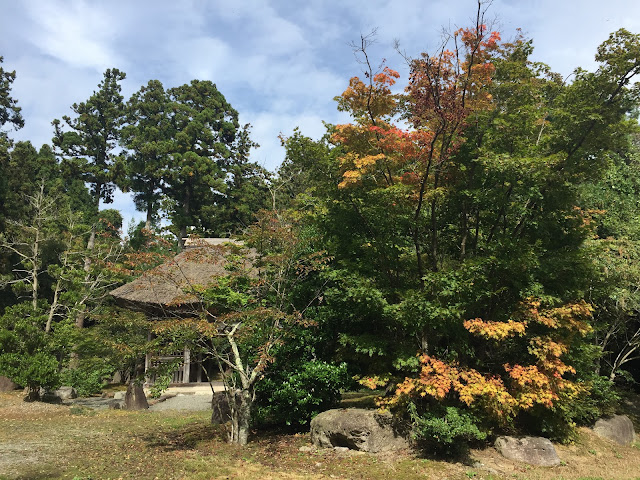 A bit further up the slope is the next temple, Myosho-ji, a very old and apparently important temple in a specific Buddhistic sect. 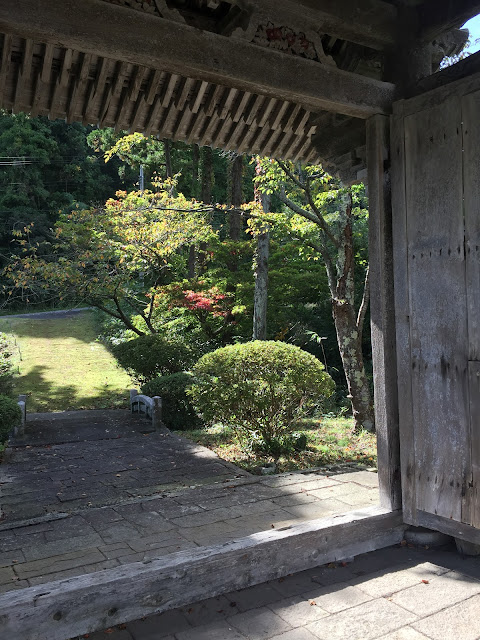 Not on my original list of sightseeing spots for today was the Niku shrine, but it was so close-by the above temple, that I made it up the hill to the shrine. I was rewarded even before reaching this shrine by the sight of this white stupa, in the middle of a (already harvested) rice paddy. 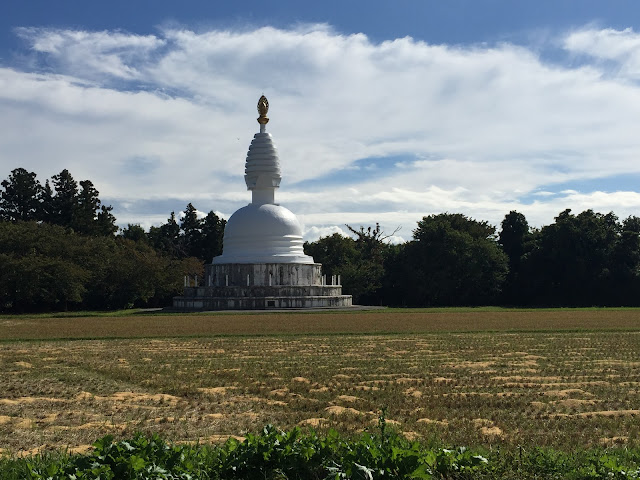 In general in Sado nearly all the rice paddies are already harvested, and it seems that already the new rice (for next year???) has started growing. 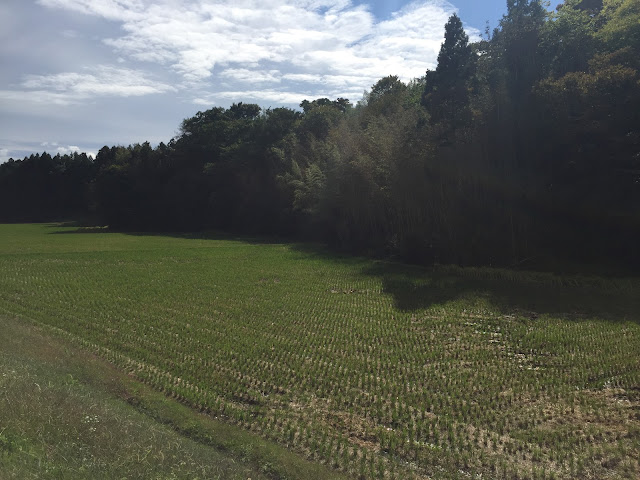 The shrine in itself was not special, but it has a Noh stage. It seems that in general in Sado island there is still a rich tradition of Noh. There are several Noh stages, which in itself is not surprising as many shrines around Japan have Noh stages, but there is also every year several Noh performances. 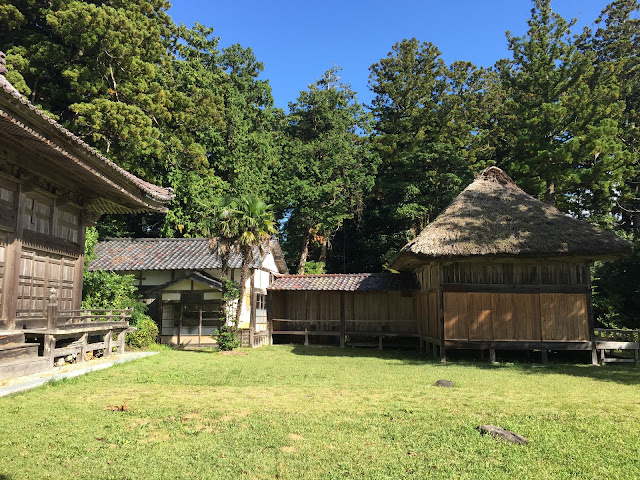 This concluded the cultural part of today's excursion. Apart from all these temples and shrines, I saw today also a lot of insects, most of them trying to hide by nearly perfect mimicry. 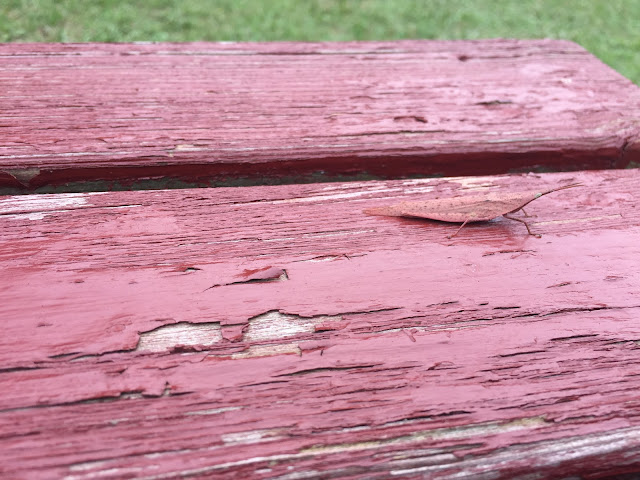 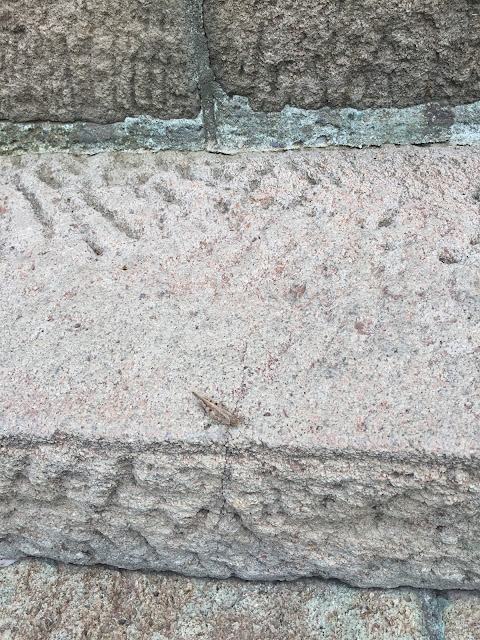 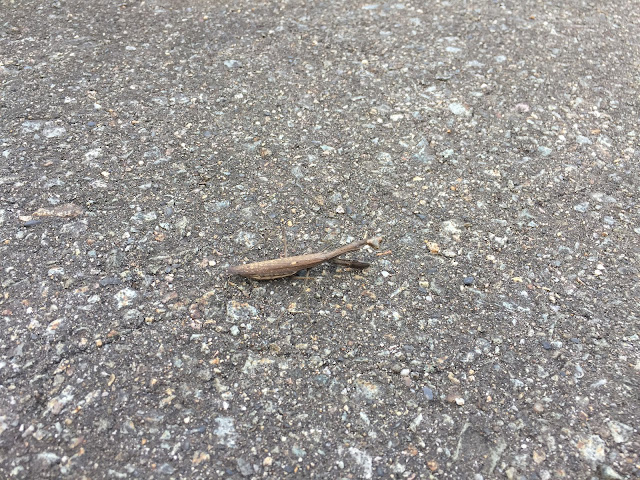 Even some plants tried to disguise themselves, e.g. as temple roofs. 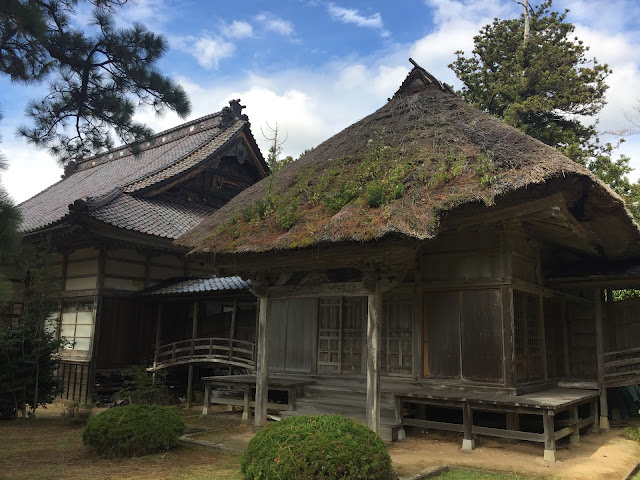 From the shrine I did roll down again into the plain around Sawada and had lunch in a small restaurant on the beach. Well, beach, it is called beach in Japan, but Japan clearly is not a beach loving country. 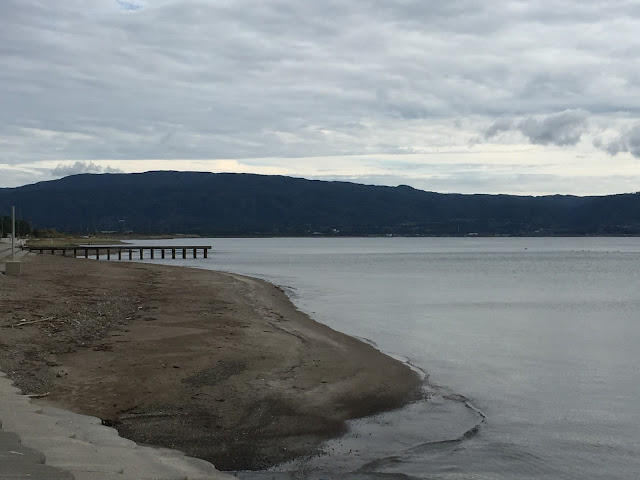 This was probably the nicest spot on the so-called beach: 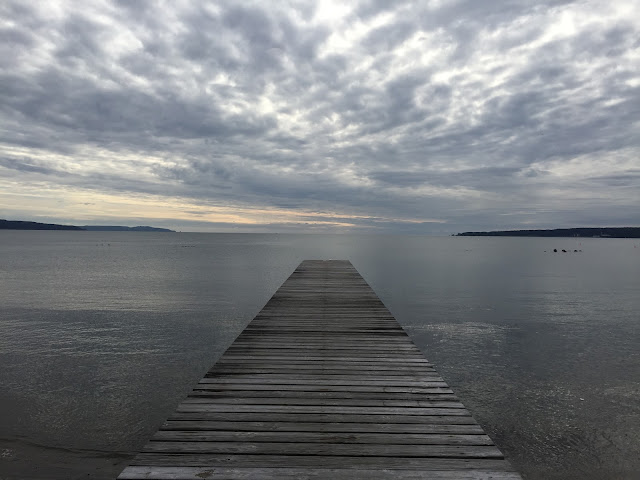 From there I did ride very leisurely back to Mano, and just made a last stop prior to coming back to my accommodation, at the local Sake brewery. This surprisingly is a spot very high on the list of all tourists on Sado island. Already when I came by this morning there was a bus and when I came in the afternoon, I saw at least 3 buses full of tourists. One even full of Chinese tourists! All going through the factory, watching a short introduction video about sake production and then getting free sake tasting from a lot of different bottles. 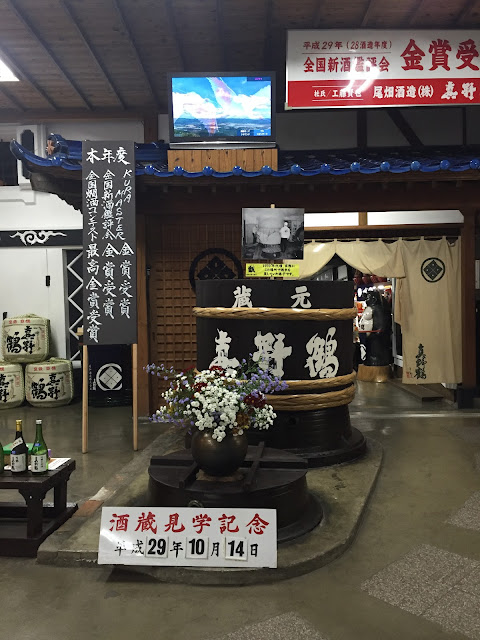 Some did really taste very nice and actually the taste between them was very different. 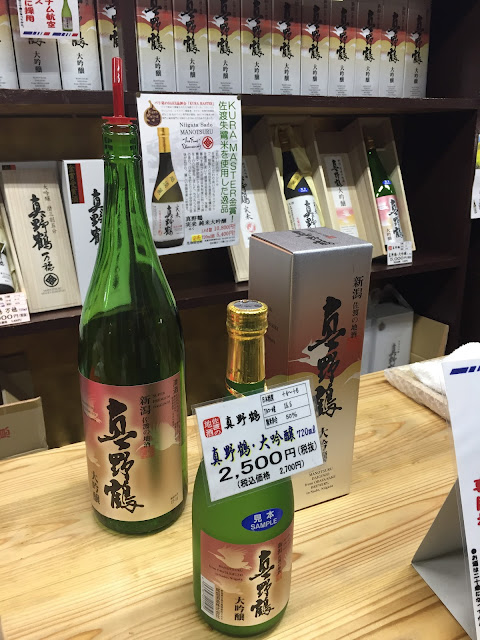 I also tasted through all the sake. Probably about 10 different ones and even got a free strange looking fruit (?) which I haven't yet tasted. 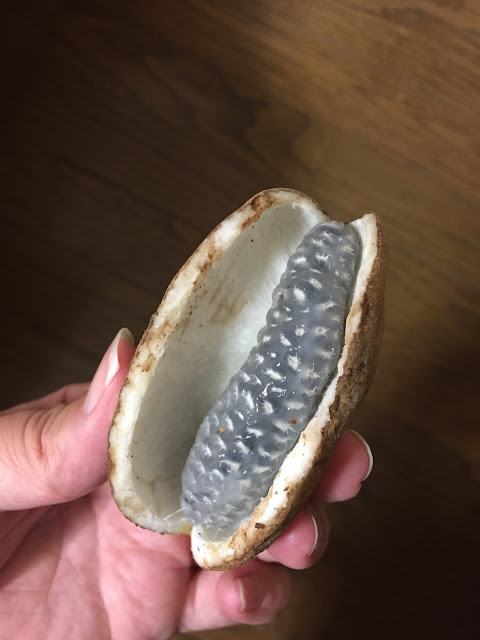 After all that sake I pushed my bicycle back to the B&B close-by.

Tomorrow will be yet an other leisurely day on Sado, as I extended my stay to 3 nights in total. Weather on Sado is fine (in contrast to the rest of Japan), the island is very relaxing and tomorrow there is a big (?) matsuri in a village not far away!