This blog post describes today's bicycle tour from Noheji on the Mutsu bay in Aomori to Shichinohe and then onwards with the shinkansen into the mountains around Tazawa lake, where I will spend the next days, waiting out the forecasted rain.


Either my weather app is not very reliable or weather forecast in Japan is not very accurate. In theory today should have been a day with bright sun... Like yesterday. However instead it was overcast the entire day. It didn't suggest rain, but no good for pictures, as you will see.

As I thought that I need a break and weather tomorrow is forecast as not being good at all, rain, I had decided on going to Tazawako. One rest point I had originally planned. But with the good weather expected for today, I wanted to do at least a bit of a ride. In planning yesterday evening, I had opted for riding to Shichinohe Towada shinkansen station and then take a train from there through Morioka up to Tazawako. Initially I feared that there would be only National street #4, so a street with a lot of traffic, but after some planning in Garmin I was able to find alternative roads for most part, which turned out to be very quiet but good roads through the countryside of Aomori. 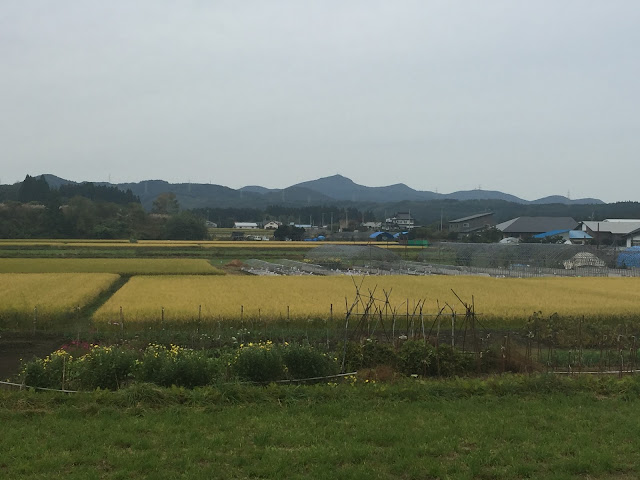 On one of these quiet roads I even met a hiker who had been hiking all the way from Tokyo and today planned to go a bit further than Noheji. He was NOT impressed when I said that I would ride only to Shichinohe. His comment was, "but you are already nearly in Shichinohe. At most one hour!" (Implying that my riding day was going to be way too short) 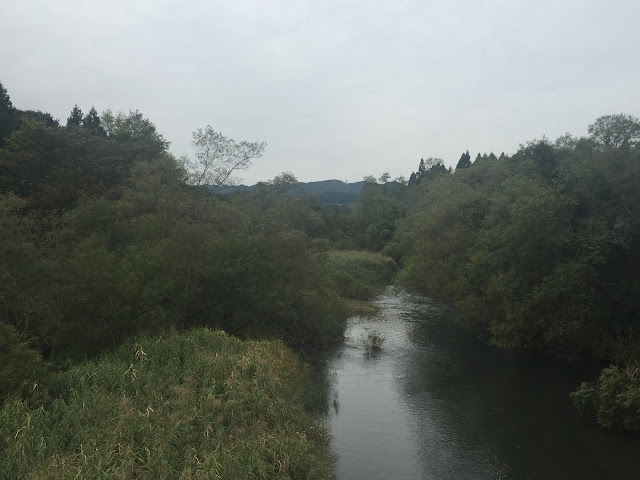 Aomori 青森 meaning Green Woods did definitely live up to the expectations. Specially though on the mountains, where however I didn't go. 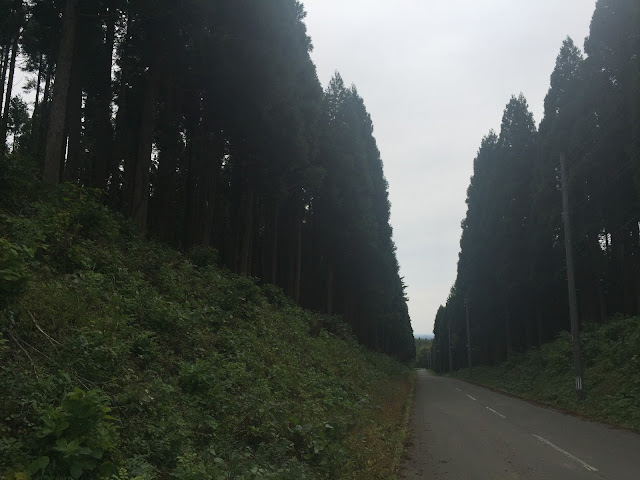 On some quite far away mountains, there was even the first snow..

I arrived nearly an hour before the departure of the shinkansen from Shichinohe-Towada station that would bring me to Morioka and then on to Tazawako. I tried to find a place where to wash the bicycle a bit, but the car wash close by the station, did only car washing... So I simply put some oil on the chain. Cleaning will need to wait.

Shichinohe is not a very big town, actually I didn't see the town at all as the station is quite outside, in the middle of the country side. This picture here, I took less than 500 m from the entrance to the shinkansen station:

While I didn't make it to Hachinohe 八戸, at least not on the bicycle, I did make it to Shichinohe 七戸 and by train to both Hachinohe 八戸 and Ninohe 二戸 so that should make a Kunohe 九戸, right?
(Essentially all these towns are called "Nohe" with a number before, 8, 7, 2 and 9. But there is also 1, 3, 5 and 6 in the same region. Here a more detailed explanation of the numbering of these towns.

After this relatively short ride in the morning here the train comes that brought me to Morioka, where I had an other 40 minutes to wait until my next train for Tazawako came. (This was already the third time I came through Morioka this month!) 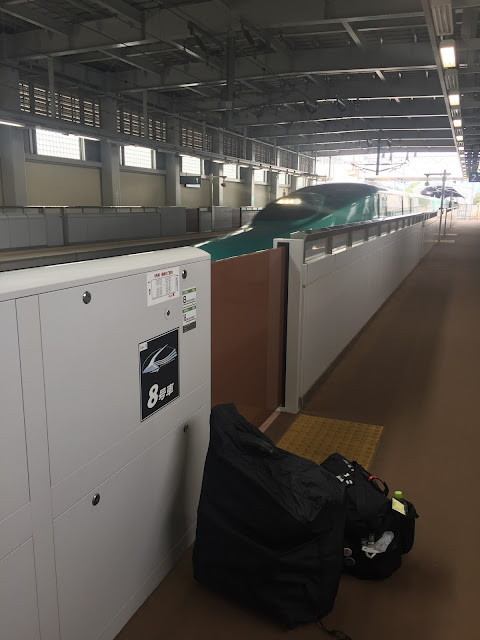 At Tazawako station I headed to the local tourist information center, where I got information about the onsen here in the region, Nyuto onsen, as well as Tazawa Lake, then I boarded the hotel bus and came up to my accommodation for the next 3 nights. 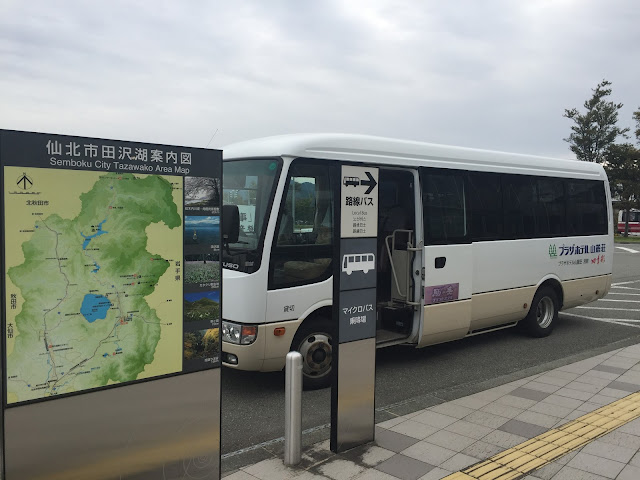 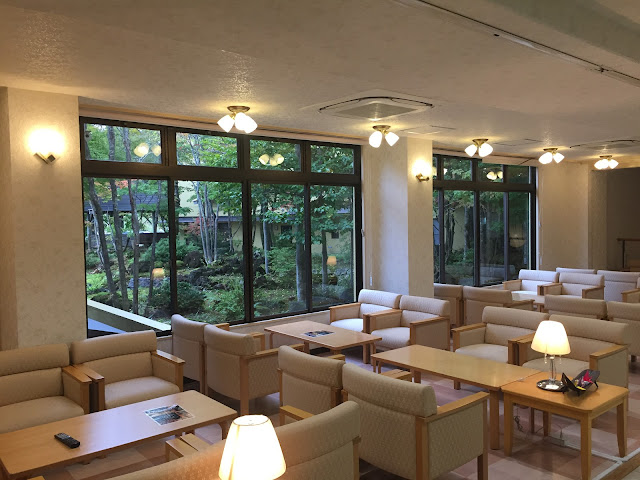 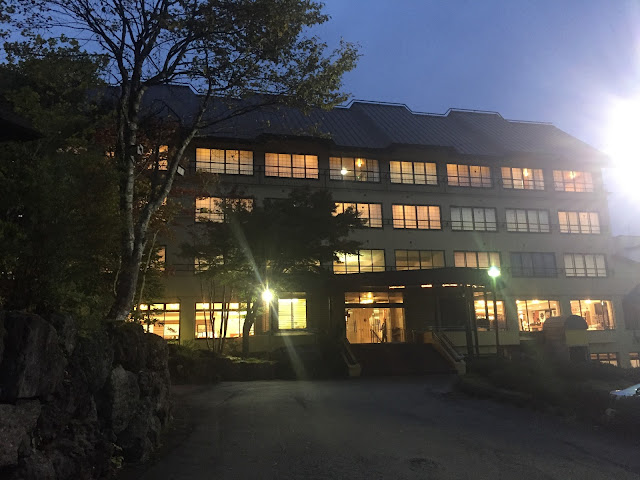 Based on the tourist information of the area, I decided to extend my stay to 3 days:


I was lucky that the hotel could accommodate this last minute change.

I had an early, and very lonely dinner, at 17:30 in the only restaurant, well more like a place you might find in a ski resort, as my room reservation - through Jalan - came without dinner... and in the hotel there was no possibility anymore to have dinner. (I have requested however dinner for tomorrow and the day after) 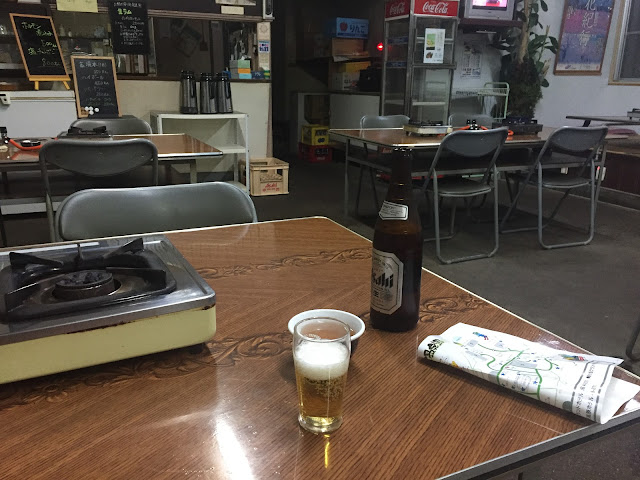