Todays bicycle ride was to the matsuri in Hatano on Sado island. A small village matsuri but including yabusame!


While yesterday was still a day to ride in shorts, sandals and T-shirt, today I was happy to have brought the fleece jacket. Also actually I didn"t do that much riding today, just from Mano to Hatano, the neighboring village. Actually surprising that nevertheless I mad per Garmin 23 km.

Today's objective was not riding but to go and see the Hatano matsuri, or as this web page of the tourism board of Sado claims: "Hatano Matsuri and the Annual Grand Festival of Kumano Shrine". Well, it is probably the greatest festival they have in Hatano, but it is quite small. Actually initially I had a hard time to even find it. I thought that the entire village would be decorated for the matsuri, but actually it is only one street leading to the shrine, and I had not come by that street. Also Google maps was misleading me to some other Kumano shrine in Hatano, which must have been so small, that even when I was right there, I didn't see it. But luckily I had more than enough time, so after some further searching, I found the shrine with its matsuri.

When I arrived just the formal ceremony in the shrine had ended (I hadn't planned to attend that anyway) and everyone in very formal dress code poured out of the shrine. I confirmed that the mounted archery (Yabusame) event (for which I had mainly come) was indeed going to happen at 13:00 and as I had then still time, I set out through the village to find the drummers.

I even had time to get something to eat, and drink a Sado milk, obviously in a Toki bird decorated milk carton (see Day 22 for more on this bird). 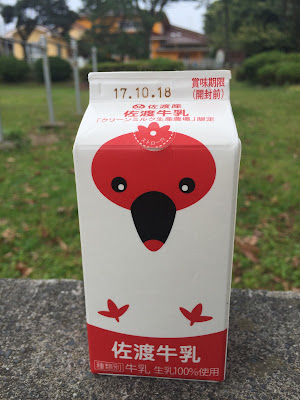 Then back to the shrine, where they were getting ready for the yabusame. 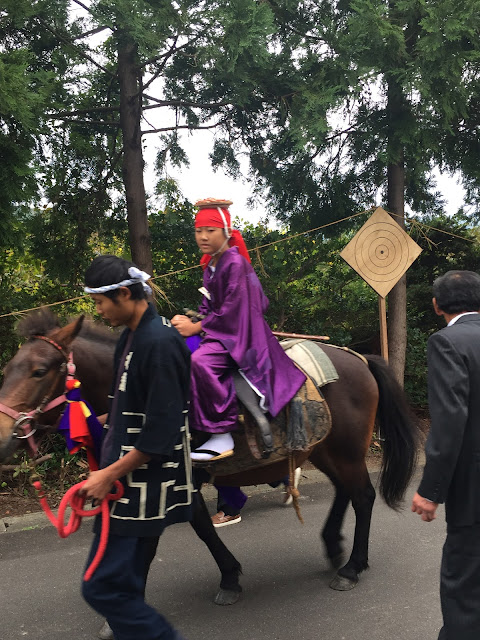 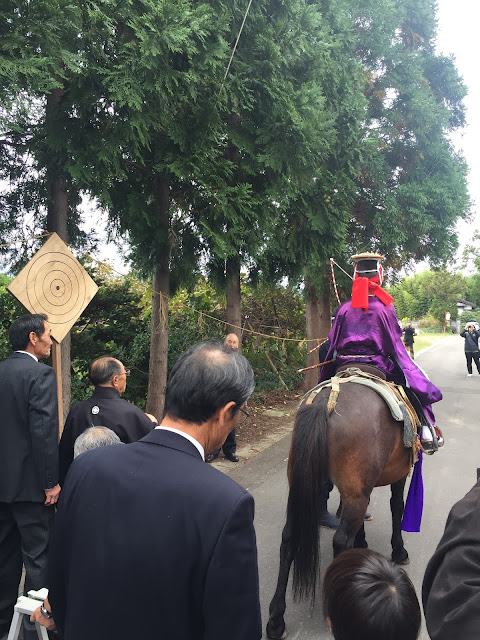 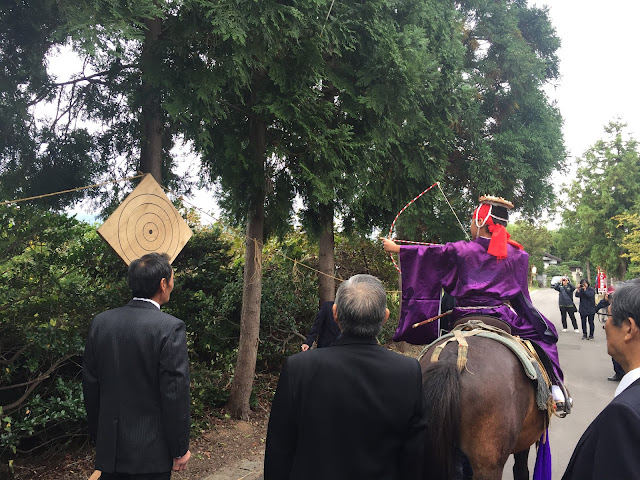 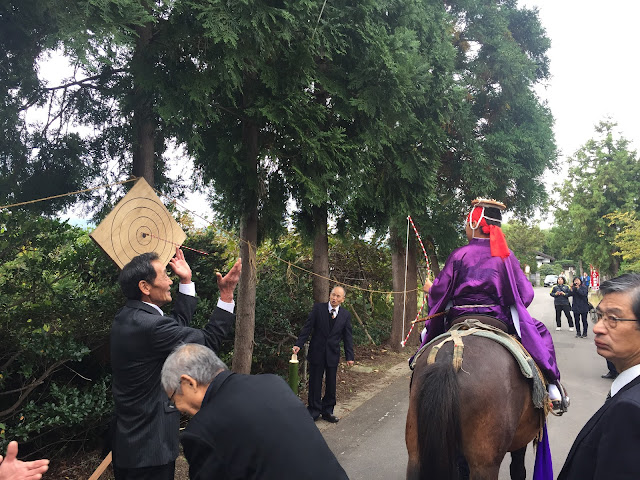 Well, okay, so theoretically this should all be done on a running horse... but at least he did hit with each arrow the target. 9 times in total!

After that some shrine music... 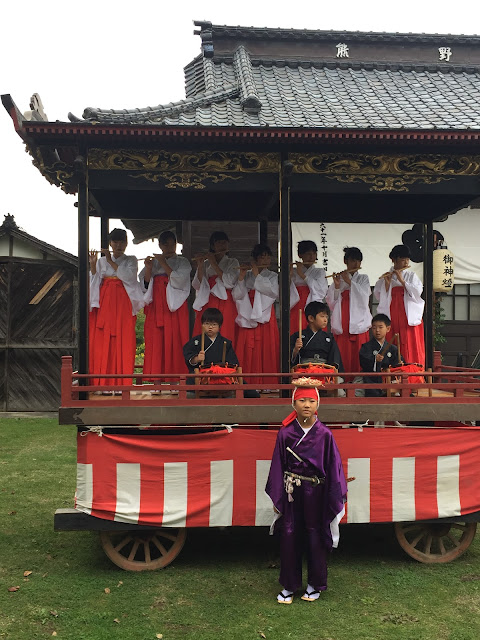 And then the bad spirits and the drummers did arrive and performed a long dance in front of the shrine.

And then the priest blew the horn for departure ... 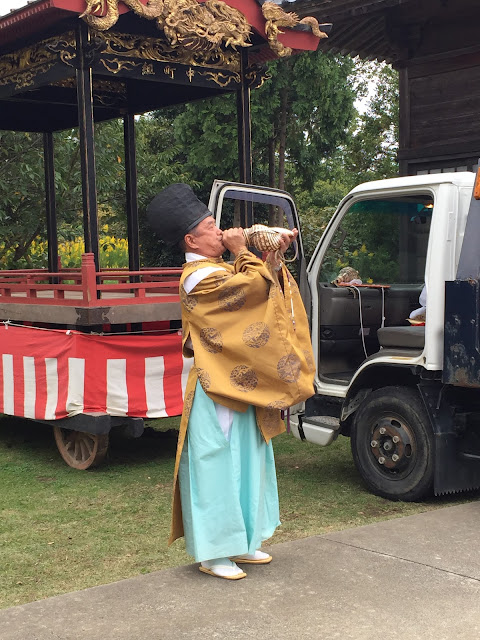 ... and the mikoshi with music set off for a round through the village, but on a truck, probably because all the young men were busy going from house to house with their drum. 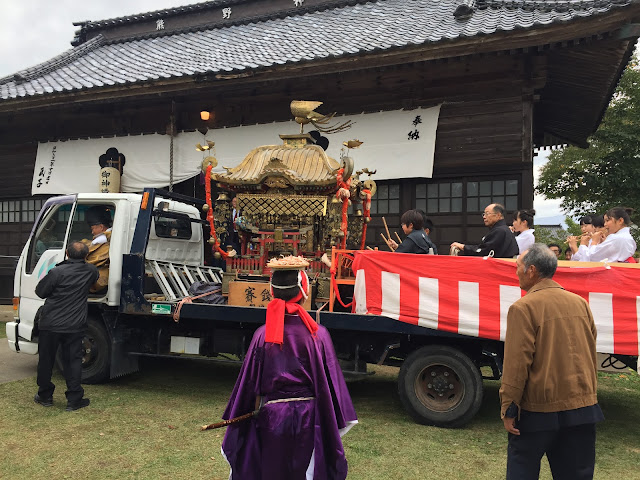 At that point I was feeling rather cold, so off to the local onsen, where I did bath and warm up.

Tomorrow over to Ogi and then back to Honshu.