In this post I review my bicycle tour in Iwate prefecture, where I had some bicycle touring,  specially in the nice Tono valley, and some sightseeing in Hiraizumi.

Bicycle: 149 km
Other transport: 645 km
Region: Iwate
Total riding time: 12:40 h
Total ascent: 997 m
(a few number above might actually not be correct, as I hadn't properly stopped Garmin on a few ocassions)


In my second week, well actually only 5 days, in Japan, I decided for the route between Morioka and Hiraizumi with an excursion to the Tono valley. I had essentially decided on this region, instead of Aomori, because of the weather forecast. When I had looked further North the weather was going to be rainy. I have to admit that I didn't keep track on what actually happened further North, however in Iwate prefecture I had days with totally perfect weather, days with rain (well, one day) and days with clouds but okay. So 5 day weather forecasts are only partially reliable, but at least one day with perfect weather.

Here an overview map of the approximate routes taken. (Note this is just Google maps plotting)


The actual routes I took are in the Strava or Garmin feed of each day:
And here an overview of the costs.


Compared to my original plan for this route, I did less kilometers on the bicycle, as I did the part from Hanamaki to Hiraizumi by train, rather than by bike. However this allowed for an extra day of sightseeing in Tono valley, which is really worth it. My first day in Tono valley (Day 9) was cut somewhat short by rain, so I had a second day, which in turn was perfect weather in a perfect landscape. Most likely the part between Hanamaki and Hiraizumi would also have made for a nice day on the bicycle, but with less sightseeing than in Tono and Hiraizumi. And as I had reserved my accommodations ahead, I needed to get to Hiraizumi by end of Day 10. 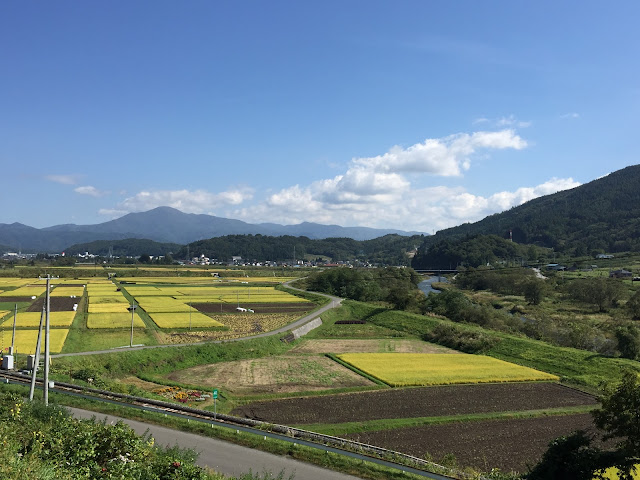 I was very pleased to discover that there are nice, small villages in Japan. I know, this sounds obvious, but in my experience so far (mainly around Tokyo, but also in the first week in Hokkaido), in Japanese villages often many houses are either already falling apart, soon to be falling apart or full of accumulated rubbish. Plus there are simply a lot of ugly houses around, new and old. Not so however in Tono valley, and also around Hiraizumi. There are both new houses that are in a good state as well as old, often very large, farm houses that are well maintained, surrounded by manicured gardens, instead of accumulated old bits and pieces. 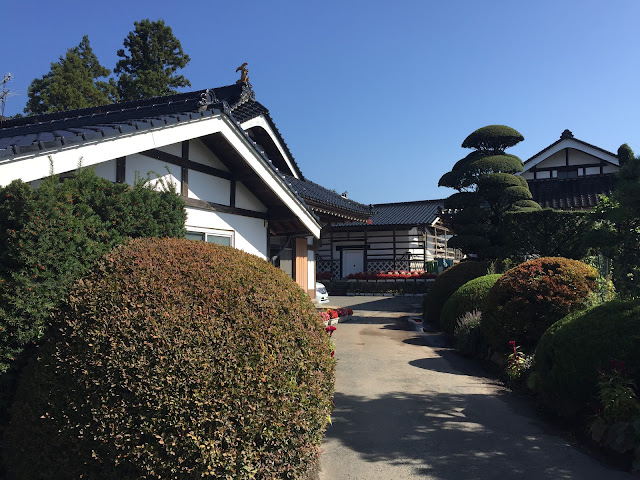 This made the experience both in Tono valley and around Hiraizumi memorable and I found that sightseeing by bicycle in these two places was the best transportation mode (at least as long as it doesn't rain). I could go at my own speed, stop along the way to take pictures and both Tono and Hiraizumi are not so large areas, also no steep hills, so very manageable. Thus I had more than sufficient time for sightseeing. And specially the second day in Tono valley the weather was just gorgeous.

In Hiraizumi I was less impressed by the golden temple (Konjikido), but I liked the small city and I think the sightseeing spot I liked most was the shrine under a big rock, Takkoku no Iwaya. However Hiraizumi makes a great destination in Tohoku and the sightseeing spots are perfectly located for one day of sightseeing, specially, obviously, on a bicycle. If you don't have your own, there are rental bicycles available right outside of the station. 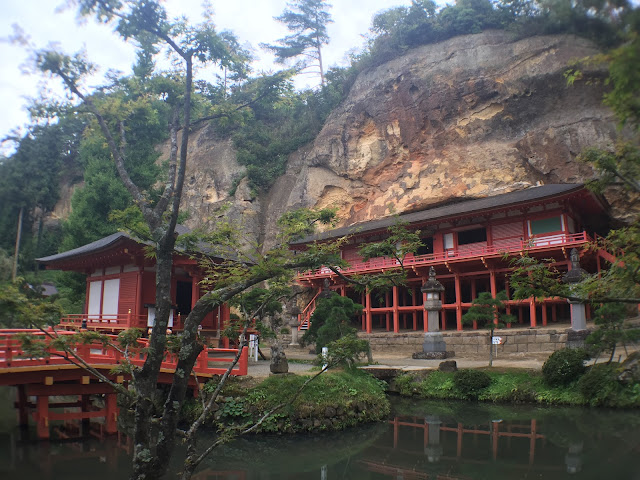 Regarding gear, I am happy to have changed the iPad for a computer, as both this blog is much easier to write as well as planning routes on Garmin is easier with a computer. However still, planning routes with Garmin is not as straightforward as one would expect to be a modern computer program... Or I simply don't understand it. But sometimes it simply refused to find a way (for obvious places), miscalculated completely the distance or did not allow to change a way point. Also uploading to the Garmin device can be tricky. I somehow have never been able to pair the device with the computer, so that new courses are downloaded via wifi automatically. While it is no problem to upload rides via wifi automatically. Strange.
For the other stuff I bring along, I think that the only item I have not yet used (apart obviously the bicycle repair stuff and meds) are the shoes! Although probably the day with rain, closed shoes would have been a good idea, but well with the rain cover for shoes on top of the sandals it was actually quite okay. Apart from that I think I used and also washed everything.
Did I forget to bring something? Well, maybe some more heavy cloths, specially for off the bike. On the bicycle I never needed more than the cardigan, but off the bike the fleece jacket was already in demand.
And I definitely need to test if the rain cover for the T-bag is going to fit on it when it is fully packed. On the rainy day in Tono valley, I had only a light version of the T-bag with me, as I was staying 2 nights in the same accommodation and it was not very easy to pull it over. Hard to imagine that it could fit on the full bag. Something to test today, because otherwise I should urgently get a big plastic bag (e.g. 90 L garbage bag) just in case before I can find a more proper solution. I searched around a bit on the internet and people seem to suggest to get just a cover sown.

Well, with that the week in Iwate concludes and now I am on my way to Hakodate, but more about that in this post.