Finally, I made it out from Shinjuku to Lake Sayama! A ride I had planned for last year October... but cut it short in Kichioji due to rain and had again planned for late February, but again due to rain aborted it. Today, well it did rain, seems to be a feature of this ride... but only on the way home in the evening back from Ikenoue to Shinbashi and not too bad.

So I took the direct subway here from Shinbashi area to Tochomae unfolded my brompton and started the ride. This ride was nearly completely on back streets and this from the heart of Shinjuku, all the way out to nearly Saitama (I think I technically did not enter Saitama, but it was on the other side of the street I was riding around the lake). 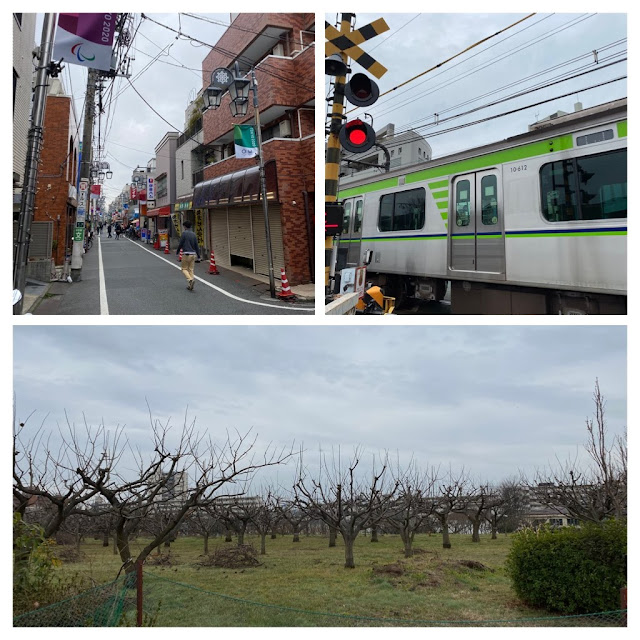 For the first part until Kichioji I followed in the "wheel"steps of a ride with the NPC friends last year November, from there in komoot I searched for a good connection for the part from Kichioji to the start of the Tamako bicycle lane, which I have ridden already several times in the past and provides a perfect connection out from Kichioji all the way to and around the lake. It's a very Japanese cycling lane, with pedestrians around (although theoretically they have their own part of the path... but just don't stick to it) and with mutliple hurdles to wind through. Sometimes it feels a bit more like an obstacle course, but generally it is fine. It is definitely not a path to achieve a QOM. 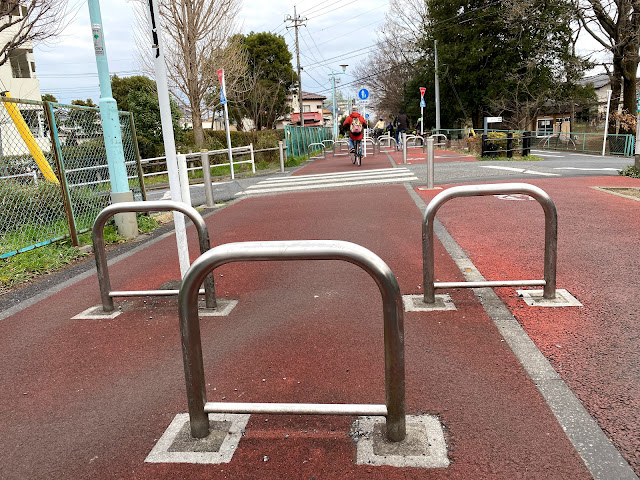 The lake in Kichioji was nice as always, although one has to say that generally it is still very early in the year, so most parks (and trees) are still barren. 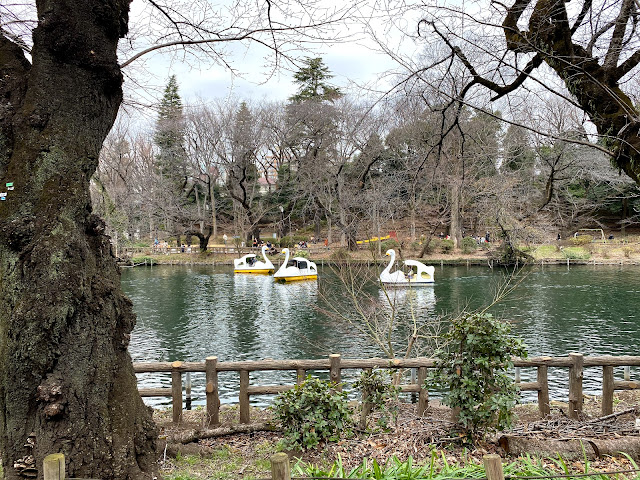 Along the cycling path there is a small village museum (which was open - but I did not visit this time, as I have already visited in some of my past rides along this cycling road), while the much larger Edo Tatemono open air museum, which is also close, was actually closed due to Covid-19, even though it is an open air museum. Actually it seems that most museums are closed, plus most in door event spaces (e.g. Kabuki, theater, ...) and even some onsen. Either Japan is an intrinsically dangerous country, or I have been exceptionally unlucky in the last times I came to Japan.


Riding on, I came to my goal, the Sayama lake: 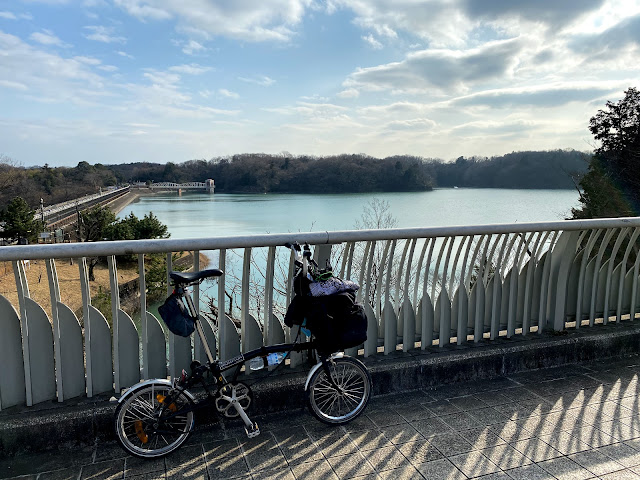 ... made a full circle around it (there is also an option for making a smaller circle) and then headed down again the same cycling road.

In the evening I had a dinner with a friend in Ikenoue, but I had enough time ... or so I thought ... to have a relaxing soak in an onsen. The onsen in Takaido was closed, but there is another one right along the cycling road not too far from Kichioji. So I soaked there... but was way too relaxed so arrived quite late for dinner... but no problem. We still enjoyed our dinner together and then I donned my rain poncho and cycled back to Shinbashi, following nearly the same street as the day before when I went to Shimokitazawa to my hairdresser. 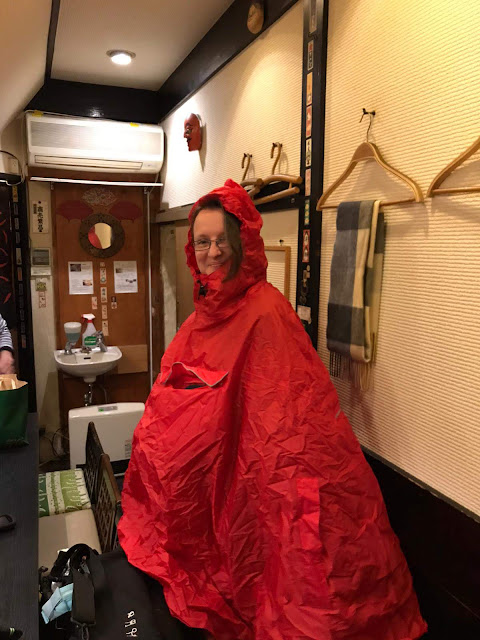