Today I started work early (well early for me... at 8:00) so I left early and with a very nice weather outside I decided to go for a night ride to see the opening of the cherry blossoms. I tried to plan an itinerary on Komoot, but somehow I was unable to transfer it to my Garmin. I usually blame Garmin for that. Not sure if rightfully so. (Note: it actually was correct to blame Garmin for it. There seems to be a maximum of routes you can store on the device... only that the error message doesn't say so)

So finally I set out without a planed map and just road down to the palace (there must be somewhere a famous Hanami spot, but it wasn't where I was - I looked it up later Chidorigafuchi) so I only took a picture of a tower reflecting in the moat: 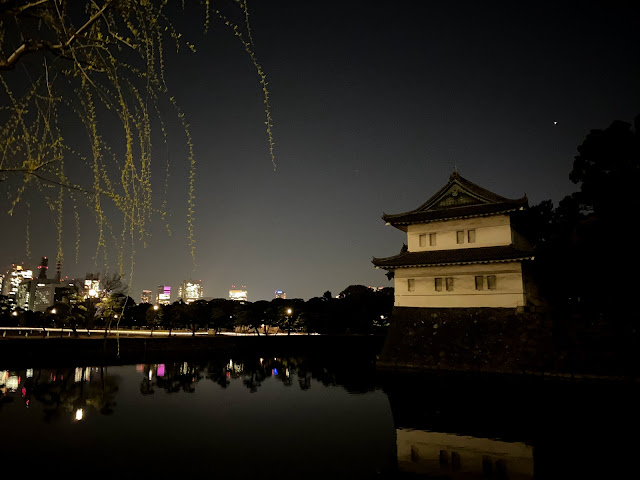 From there I cycled over to the nearby Tokyo station, which also looks very nice at night: 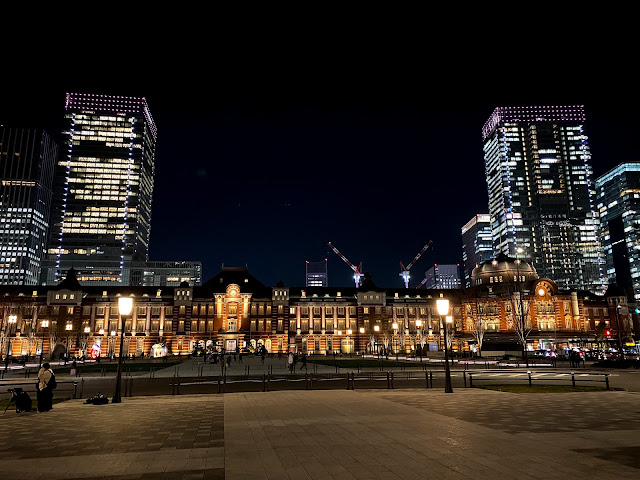 and then on to Ueno Park. Where at a temple I took this nice night hanami picture: 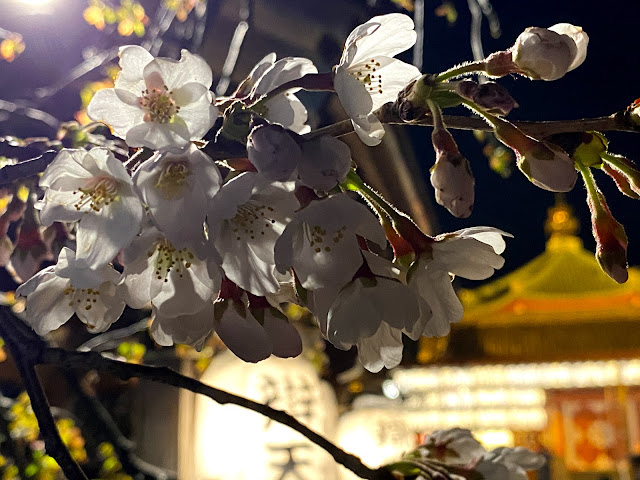 And a picture of the temple itself reflecting in a lake in front: 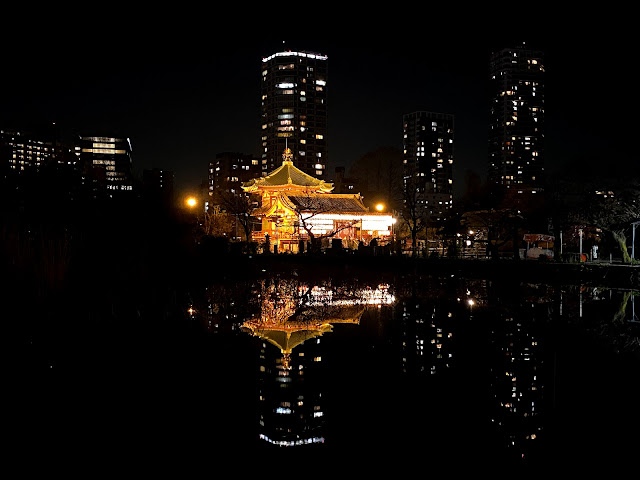 Ueno park is famous for its lively hanami parties. This year they have been kind of prohibited. Not outright prohibited, but people have been asked to refrain from sitting down and to look at the flowers only walking. However the city administration doesn't seem to fully trust that everyone will adhere to this guidance and has put up already the trash bins (note that normally in Japan there are nearly no trash bins around).

From there I was wondering where to go next. In my original plan I had thought of crossing the entire city to Meguro, an other famous hanami spot... but without a good map that would have meant riding on main roads only, or stopping just way too often to check on Google maps. So instead I opted for Asakusa, which was much closer and should be nice as well. And well, it did not deceive: 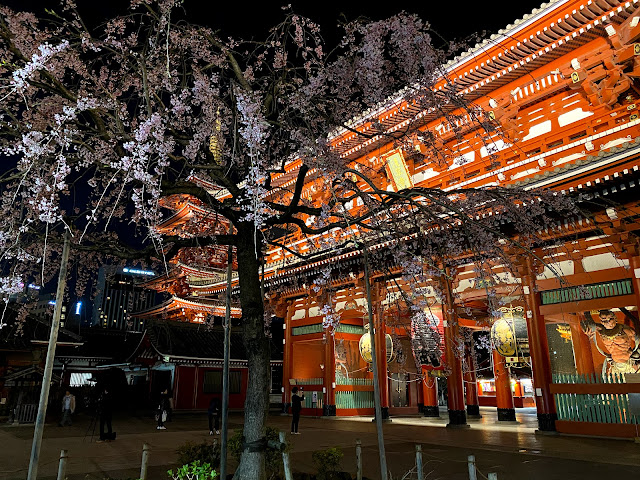 I wasn't the only night time visitor, but with the Covid-19 crisis, Japan has been void of tourists. So it is mainly the locals who are out and about and taking night pictures, with much more advanced equipment than me. 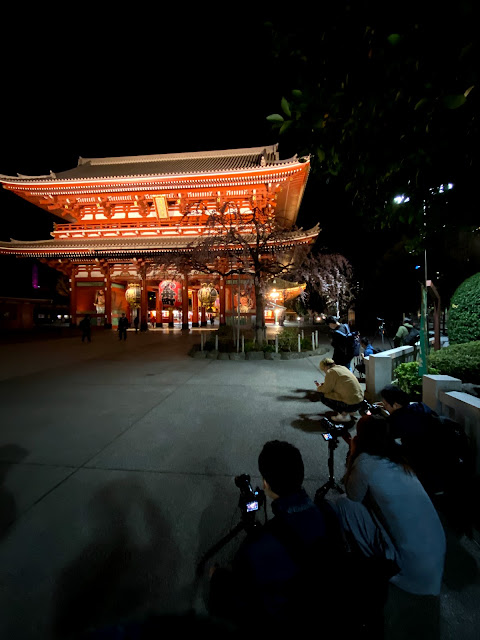 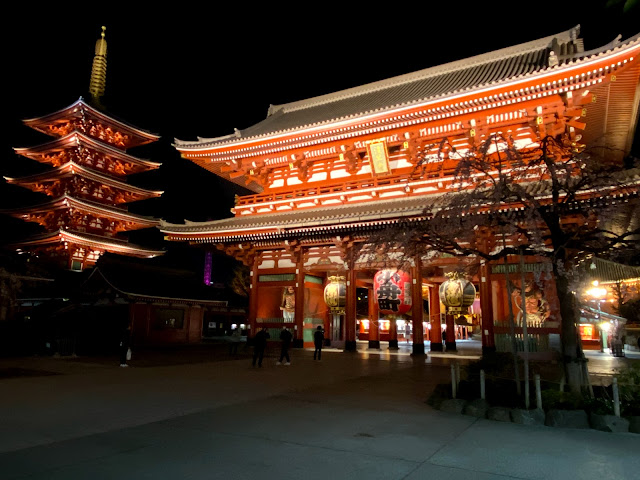 The main gate to Sensoji normally has a big, red lampion. But it gets changed regularly and this year they are changing it ahead of its turn for the upcoming (???) Olympics. 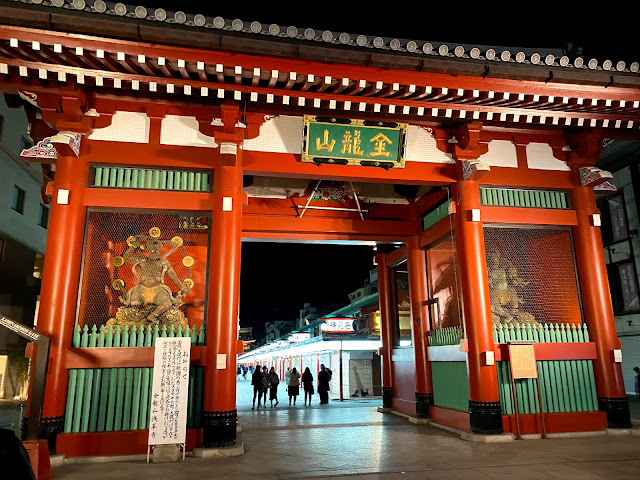 Speaking about the upcoming Olympics at the Tokyo Skytree there was a countdown up on the observation deck... Let's see when they start to add days to it. 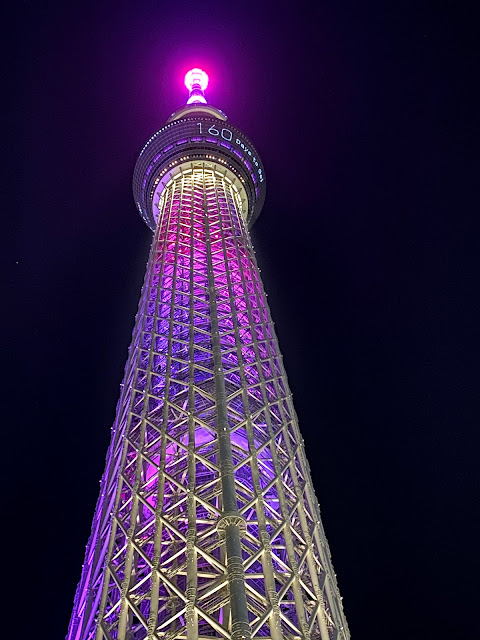 Riding back, I rode for a while along Sumida river. A bit eery with nearly no one around, but this is Tokyo. So need for fear alone at night.

On the way back I passed through Ginza, one of my favorite night ride spots of Tokyo: 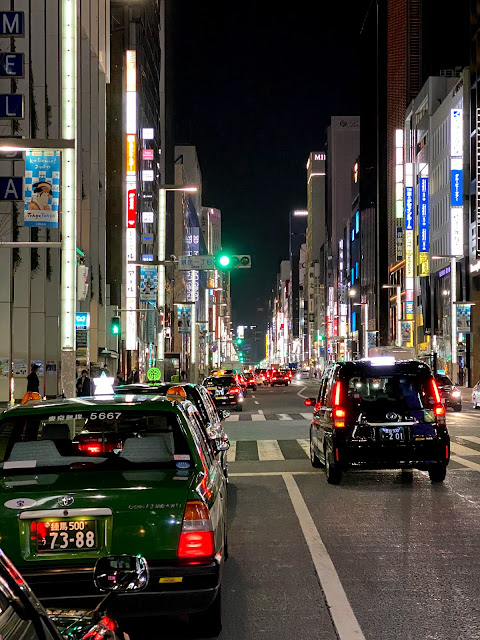