From Zushi to Kamakura with friends - 友達と逗子から鎌倉へ

Also today it was sunny and warm. After a relaxing breakfast with self baked bread and other treats at the house of my friends in Zushi, we went over to Kamakura in the hope to see some hanami along the approach to the Hachimangu shrine, but while in Tokyo hanami had started, not so in Kamakura. Except for one tree at a rest stop close to the shrine all other cherry trees had not yet even started to think of blooming. 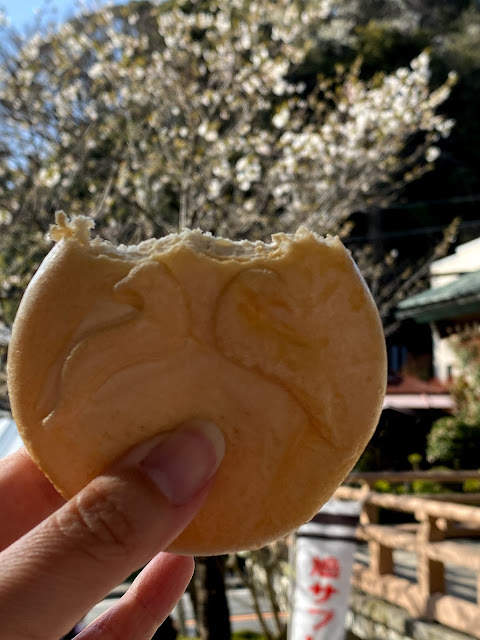 But as it was a long weekend and nice weather many people had thought about doing hanami in Kamakura and flocked to the town. More at least than we maybe expected knowing that the local government had discouraged everyone from doing hanami parties (but actually hana-mi 花見, i.e. "flower-looking" was still perfectly allowed by the government.

Our first stop though was at the ocean, where surfers enjoyed their day out. 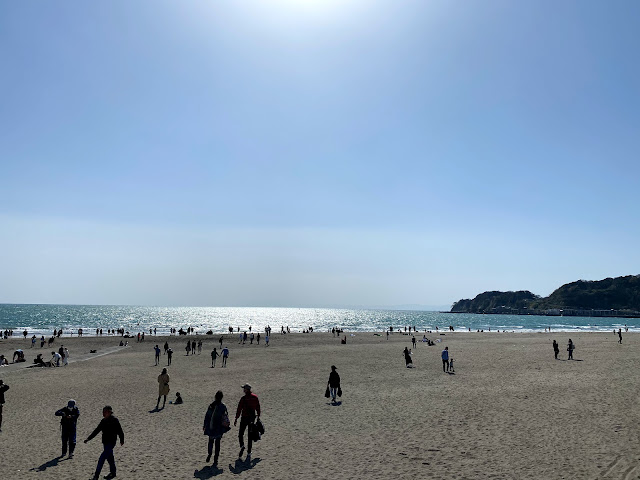 Due to lack of time we didn't go inside of the shrine, and just had a quick look around the grounds an icecream, and back I went to the train station to catch a train back to Tokyo in time for the night ride with my friends of the NPC. 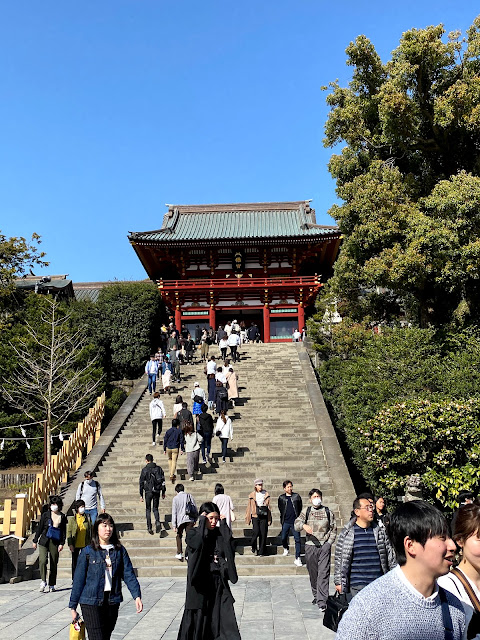