Also on the last day of this 3 day weekend, the weather in Tokyo was perfect plus it was hanami season. The government had asked due to Covid-19 to not hold hanami parties, and well, my personal hanami party was definitely one of social isolation... 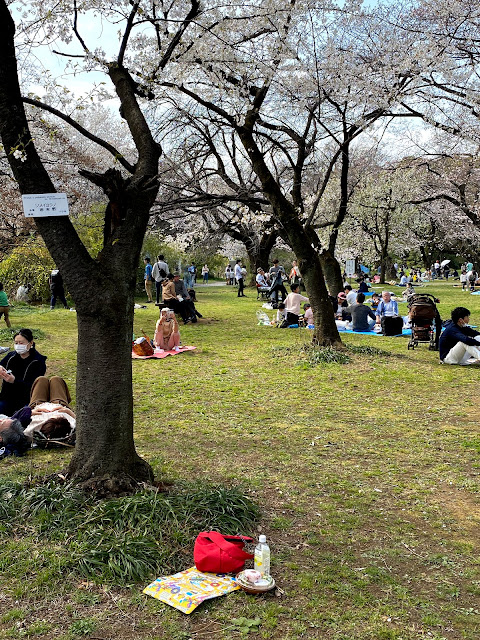 ... but yes, other people (as you can see in the background) were having group hanami parties, but most groups stuck to themselves, and it was definitely not a packed park as it probably normally would be. Although I read somewhere that Koishikawa Botanical Garden doesn't get that packed, as it has an entrance fee, doesn't allow alcoholic drinks (well, some people did have a beer, but hiding it well) and closes in the late afternoon. I have no way to compare it to normal years, as this was my first time ever in this garden. I had tried once before, but back then it was a typhoon the day before that had closed the botanical garden temporarily.

Before coming to the garden, I first visited a famous hanami spot at the Tokyo palace ... 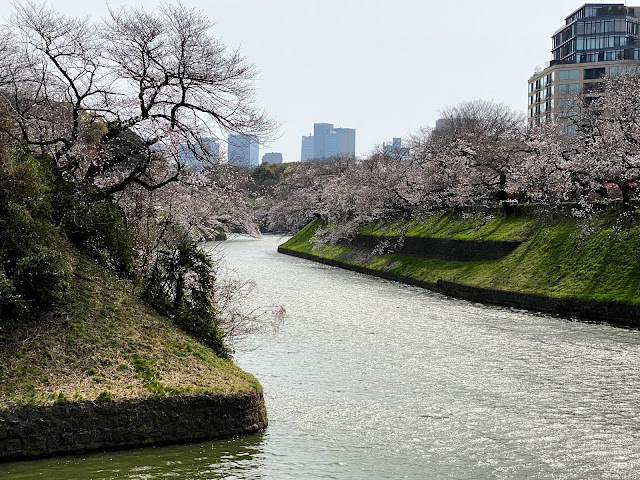 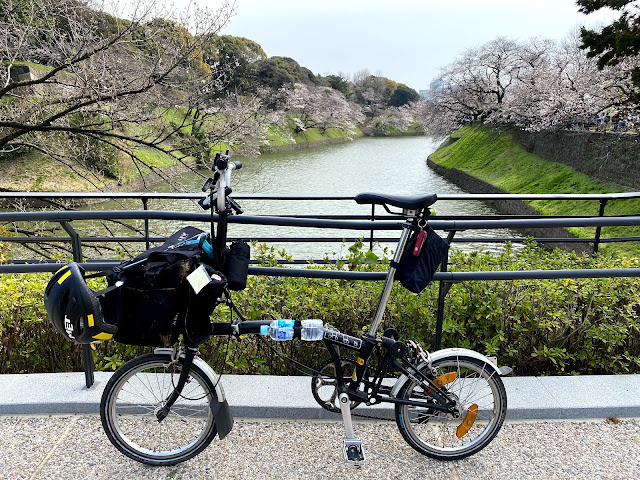 ... and right across the road the official cherry blossom measurement tree of Tokyo city at the Yasukuni shrine. I wasn't the only one interested in taking a picture of it. 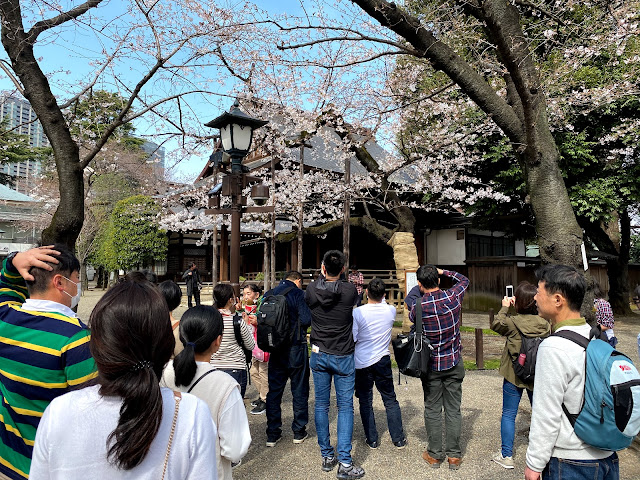 Towards Koishikawa botanical garden I came across the school for Shiatsu which had this very curious monument to the thump at their entrance... but I guess that's the most important body part for Shiatsu, so why not. 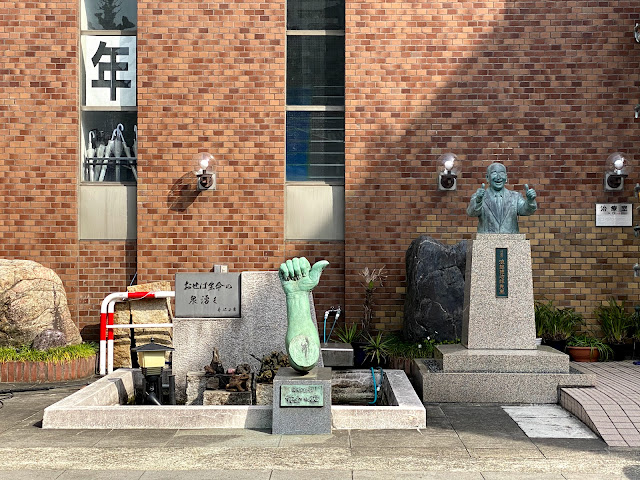 At a convenience store before the garden, I bought some lunch items and then headed to the park, took out my one person mini vinyl sheet and sat down to have lunch. After lunch I relaxed a bit in the nice sun and had a stroll through the garden. 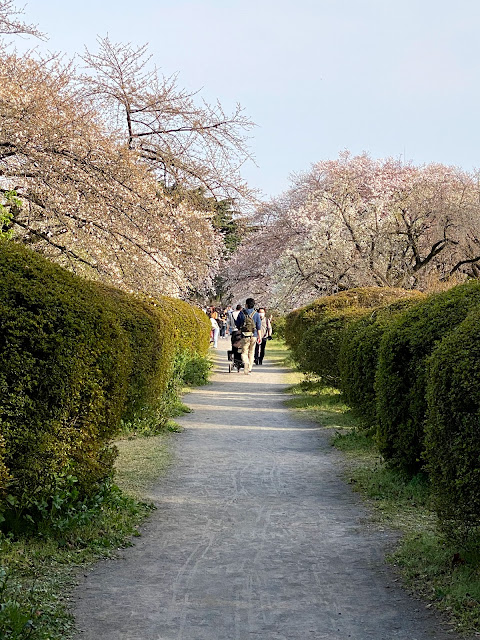 Where surprisingly (after the experience yesterday in Kamakura) all sakura where in full bloom. 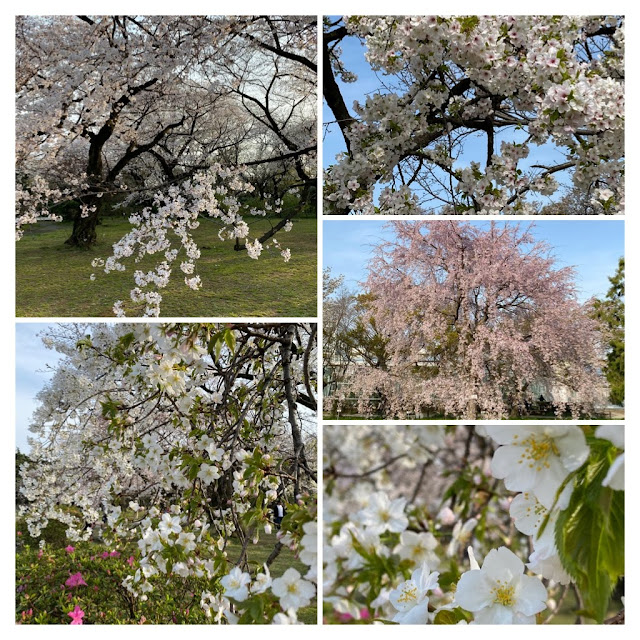 When the park closed, I left and headed to my last stop of the day, Sakura (sic!) onsen which just had reopened its doors a few days earlier, after some coronavirus related closure. Now they were equipped with a infrared thermometer and measured temperature of all guests upon arrival.

But before I did my arrival, I had to take care of a little bit more of hunger, and had a overpriced crepe along the way in a posh cafe and had a ride through the graveyard at sunset which is right behind the onsen and also doubles as a hanami spot. Rightfully so! 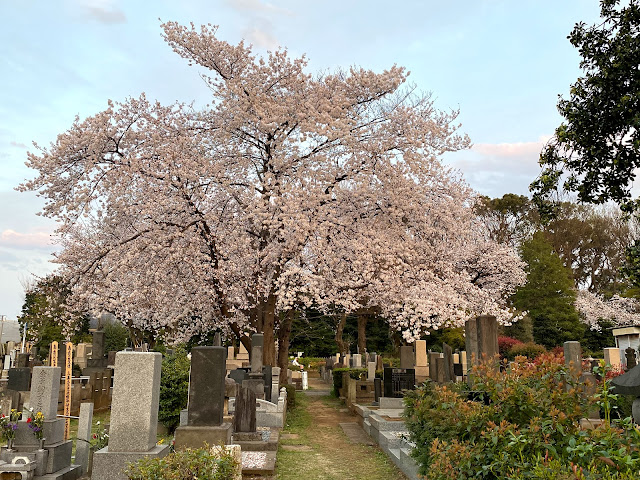 Even the onsen had some hanami, as one should expect for an onsen called Somei Sakura. 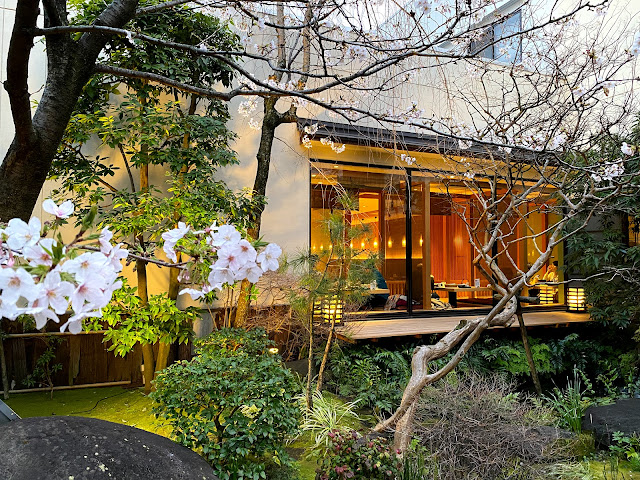