Today was, at least for me, the last NPC of this year, and the first I announced on Meet-up. After relatively low turn out in some of the previous rides, this one had a "record" attendance. Including 1 person who joined from meet-up and a friend that an ex-colleague of mine brought along. 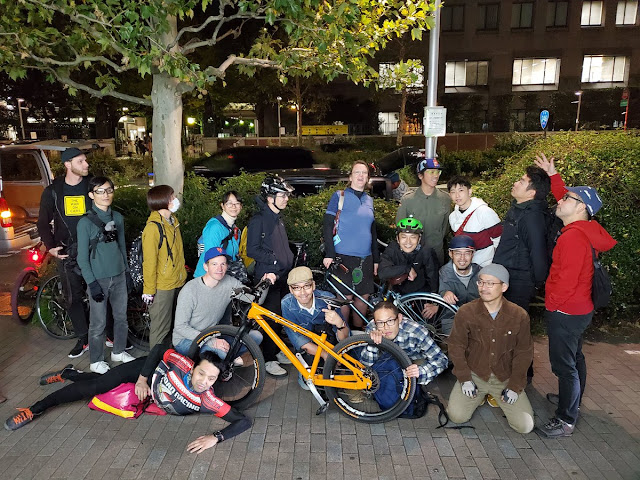 Also the ride was a bit special, because it did NOT go to the centre of Tokyo and it did NOT use major roads, but small back streets. When we were riding them, it felt that we were turning a lot, so I was very surprised to see in the garmin recording, that we were actually riding in a nearly perfect line. I was also surprised that there was such a apparently straight back road, because I always used the Kanda river to get to Kichijoji, so it was nice to see that there are other means as well.

Once arrived in Kichijoji we officially ended the ride... which traditionally means, a good part of us go out for dinner. 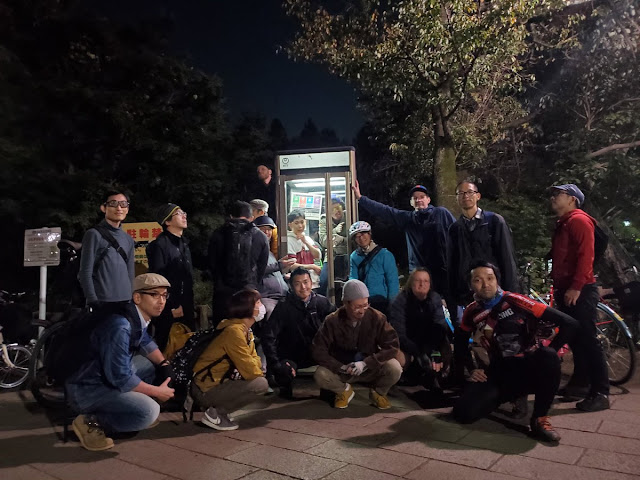 Which we did... and afterwards road back to town. This time on Inokashira doori (a large road but at midnight with little traffic).

The way I had plotted this time from Shinbashi to Shibuya was also quite convenient and mainly on smaller streets.