After the nice, sunny weather of yesterday... well today it wasn't nice nor sunny: 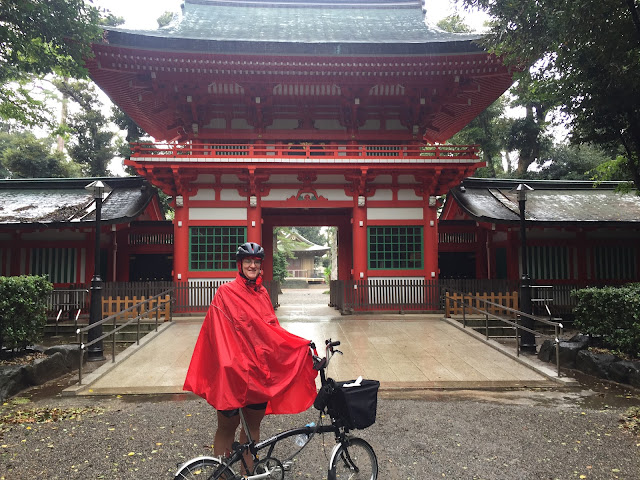 But I had planned a ride. Actually a far more ambitious ride... from Shinjuku to Lake Sayama and then back to Oedo line in Nerima to an onsen I knew about, but never visited... In totla 70 km... Well, I only managed to ride 26 km due to getting up late (not soo late, but too late to ride 70 km) and due to the weather... which really wasn't for riding a bicycle at all.

When I started it didn't rain, but it was clear that it would start raining pretty soon. For the rest of the day rain likelihood was at 50%... but that meant 100% in most of the places.

From Shinjuku (to where I took the Oedo line right here from Daimon) I went down to Kanda river and then followed it all the way to Kichijoji. A ride I have done hundreds (well, maybe less) times before when I was living in Tokyo... although then I started normally around Meidaimae. 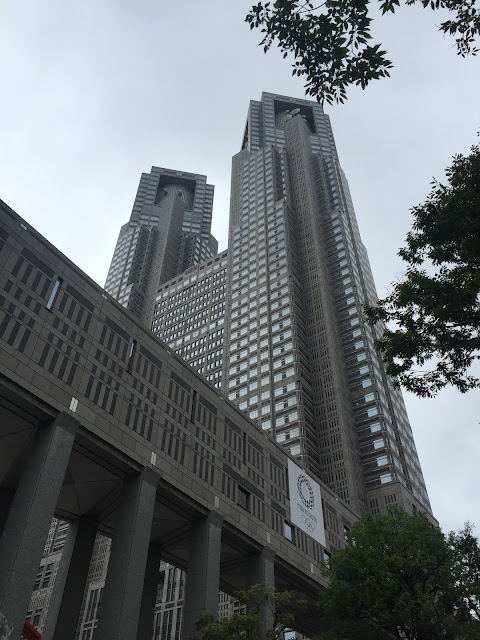 The ride along the river normally is very nice... but already in Takaido the rain started more in serious. I found a disabled toilet and changed into rain gear. Very nice when you can do that in a dry place. Also I have to say that the rain cape is quite good, because it still allows the body to breath, so I did actually not get all wet. But it only works well, if you don't need to look at Garmin continuously, which luckily I didn't as I knew my way.

I briefly considered having lunch in Takaido... but I don't really know a good place there, and it was still a bit too early (well too soon after my breakfast) and once in rain gear getting on wasn't such a bad thing either. However continuing I decided to not ride until the point where I had planned the turn to the onsen (which would have lead to a 35 km ride) but to turn earlier, at Kichijoji.

In Kichijoji I took a bit of time to find the right way out towards the other river that would then bring me to the onsen of today. But I managed and at one point, where I needed to turn I was riding straight into an Italian fami-resu and without planning, I stopped there (in the rain) and had lunch. Noodles and a very nice cake. After that I was warmed up, although stopping on the bike was cold and arrived after a few more km to my onsen: http://www.niwanoyu.jp/niwa/

A quite expensive onsen, which however also has a swimsuit area including a garden. The swimsuit area doesn't seem to be for swimming either, but for spending time in non-onsen water (i.e. in normal water) together with the family. Maybe I need to come here again with my husband to also enjoy the garden, in which probably there are some sauna's or something like that. At least from the rest area I could see people in swimming suits in parts of the garden. Well, I only soaked in the onsen, which was okay, but nothing specially and definitely nothing to justify the price.

The onsen is also part of a sad looking amusement complex... although I guess anything looks sad in the rain: 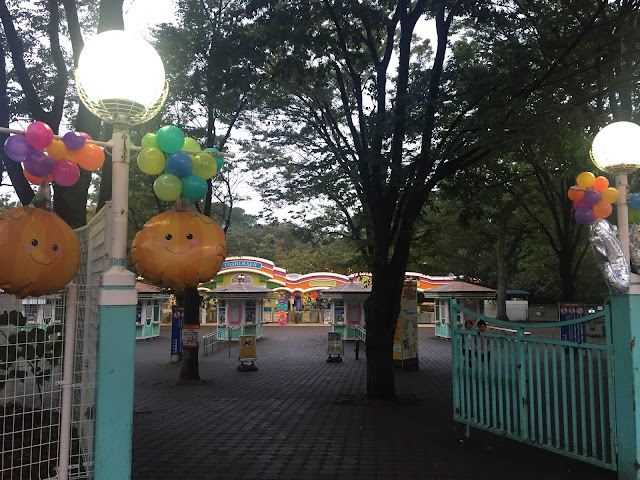