Today, on the day of the enthronement of the new Tenno, a mini Taifun swept through Tokyo. Actually it was so small that the weather apps deleted it sometime yesterday. But it did still bring rain with it. So well, a public holiday in the rain and tomorrow, as always after a taifun the sun will be shining... but we will be in the office.

Most of the day I spent in my hotel room, setting up my new iPhone and finally managing to connect it via bluetooth to Garmin! Yeah, 4 years later. Finally. And what an improvement. I was now able to download Komoot and Strava apps both on the garmin device, which means that routes planned on Strava or on the go on komoot can be easily transfered on Garmin. This is a real improvement, no more need for a computer for planning and as my garmin was always very picky with its USB cable connection, finally a stable connection between garmin and something else that can upload / download data.

So after a lazy day in my hotel room, I finally made it out around 19:30, with the idea to ride go to an exhibition of Shiota Chiharu in the Mori Art Museum. Well, I didn't make it very far. I simply after a few hundred meters on the bicycle lost all interest in art, and did only want to continue riding. Not before taking however my first proper picture with my new iPhone: 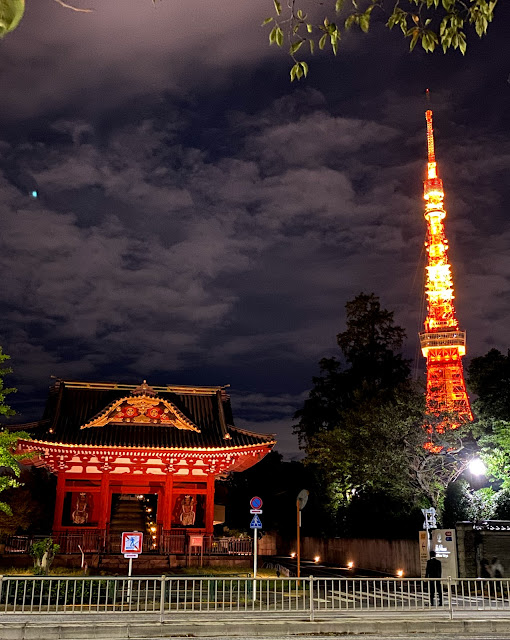 So I looked for an other "worthy" goal, and what better than an onsen. I knew a reasonable super-sento in Oimachi so while I was already out on the road, I took Komoot and let it replan a ride from "your current location" to Oimachi station. The route it planned was nearly perfect. Specially the smaller road that however rides more or less in a straight line out towards Shinagawa was ideal (I think I may have ridden it already once at the end of a NPC ride). Only the last stretch into Oimachi wasn't good. It went through an industrial area, which well, is a bit spooky alone at night... but well, this is Japan. But even at a certain point came to a road that very much seemed to be a private road of the railway company. So I turned back and found on the other side of the tracks an actually totally perfect small road that brought me right into Oimachi, also discovering that it is a place with a very vivid bar area. (Which I didn't visit though).

I parked where the onsen, but as I hadn't eaten a lot during the day, my first stop was in a fast food restaurant there to get me something, and then, with all my expectations I went upstairs to the onsen... but, alas it was closed due to refurbishment...

So yet an other chance for komoot to produce a new route, when I decided where to go next:


Planning the route on komoot was super easy, however getting it onto Garmin means that any ongoing activity needs to be ended first. I.e. not only stopped, but properly ended and saved. That's why the ride is broken down in two.

On my way back, once I came closer to the palace most streets were kind of half closed. Nothing (well, can't say that, but so it seemed) was completely closed, but many streets were kind of closed. At the first policeman I asked, he said that I count NOT continue straight... and he sent me to the right. But later on I tried again to turn into the direction of the palace and all other policemen, and there were many (and no policewoman as far as I remember), let me through. I even got right in front of the palace (where probably somewhere the gala dinner was still ongoing).

The streets in front were very empty, but also these, not completely close to traffic:

Then a right turn and towards Tokyo station: 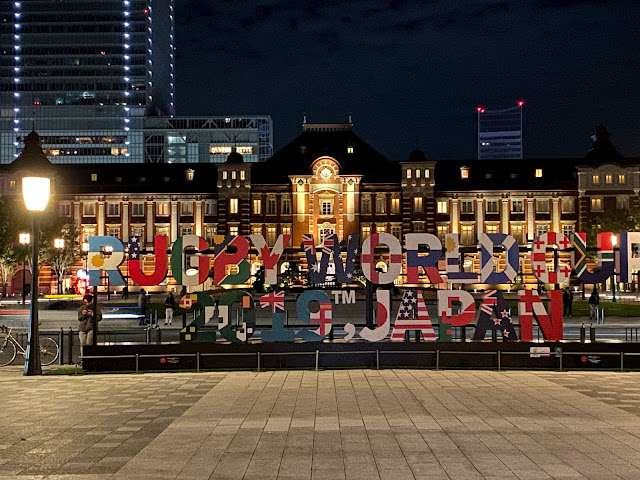 ... and finally a few more turns, and a scenic nightride on Ginza before returning back to my hotel in Shinbashi. 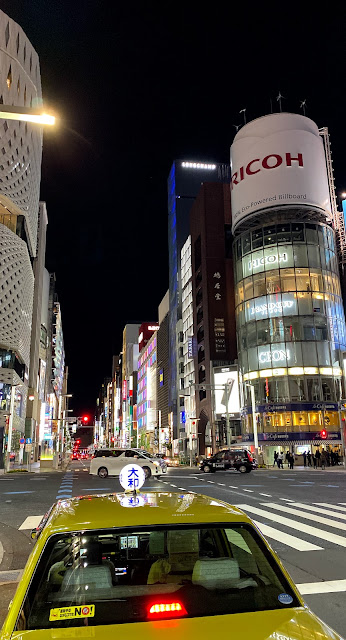