Today an other cold day through the plain between Saga and a little uphill to Dazaifu, where I visited the interesting Kyushu National Museum before soaking in my onsen of the night.


It was cold and windy today! Really cold! Probably it didn't help that I had decided to ride just with a skirt (not stockings), but closed shoes and cardigan. Probably the jeans would have been more comfortable for riding.

Apart the cold there isn't a lot to say about the ride today. Here two pictures of the landscape, which again was the typical Japanese mix of fields, houses in all states of repair and disrepair, less industry than yesterday, train lines, including the Kyushu shinkansen and streets crossing it. And me on one of them... Partially I found smaller roads, but specially when they were through open fields, the wind was even stronger and colder, so where possible I reverted back to ride through built-up area. 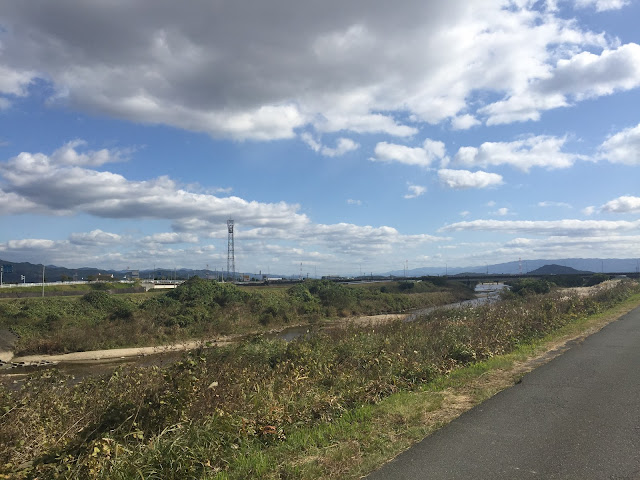 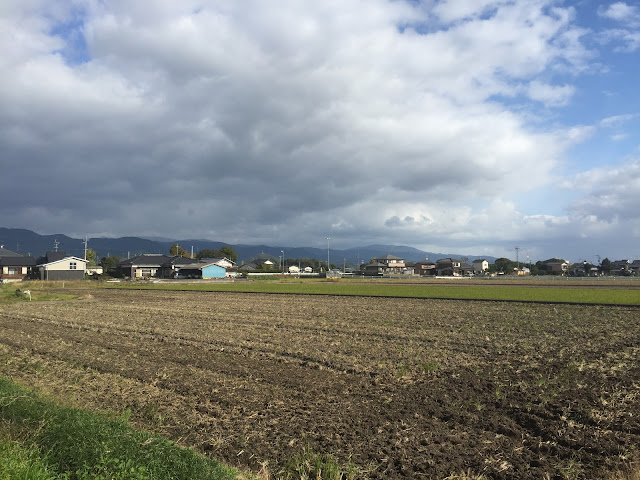 Shortly before Dazaifu I found a curry restaurant, I had driven by a lot of other restaurants, but somehow had decided that I absolutely wanted to warm up with some curry. 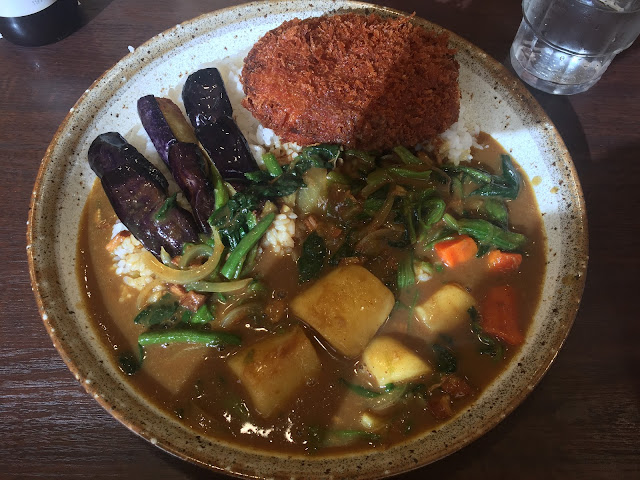 And then on to the one and only sightseeing spot of today, the Kyushu National Museum. An interesting building that I had seen earlier this year, when we were in Kyushu for Golden Week, but then I didn't have time to visit the inside. Originally I had hoped to visit it tomorrow... but tomorrow being Monday, it will be closed, and actually there was enough time today in the afternoon. 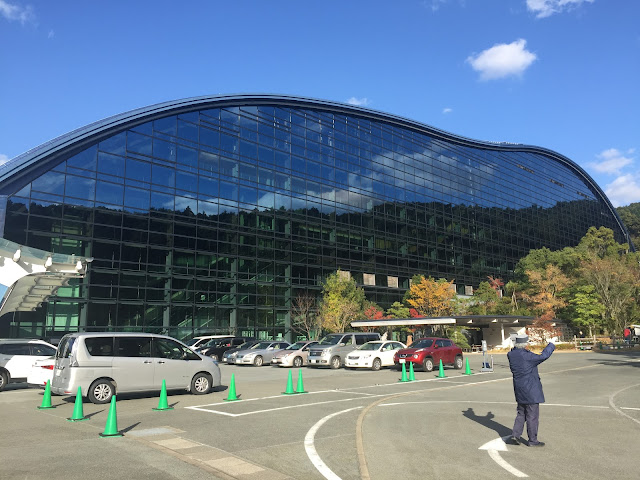 There was a very interesting exhibition about the Momoyama period. The time when the first Christian missionaries arrived to Japan and also other influences from overseas were present and Japan traded with other Asian countries. Before at the end of this era Japan was hermetically closed for all foreign contacts for the next 220 years.

But during these few years when Christian missionaries first arrived to Japan and when Japan was finally closed off to the world, there was an active cultural exchange. In the exhibition was for example a folding screen with European city views, including Sevilla and Lisbon, or a wooden statue of Erasmus that had been conserved in a Buddhist temple. Also a embroidery with the virgin Mary that probably was produced in China was preserved in an other Buddhist temple. And through laboratories in Macao the Japanese folding screen became popular also in Europe.

Apart from these intercultural objects, there were also a lot of tea ceremony objects that most of the visitors admired profusely. I have to admit that to me many of them look like first attempts at pottery in an evening class, but judge for yourself here.

I also visited briefly the permanent exhibition of the museum that started with the Yayoi and finished around the Momoyama period. But only quickly as the museum was closing. So I rode over to my hotel on the hill opposite of the museum, here you can see the museum's roof from a distance as it integrates into the hill: 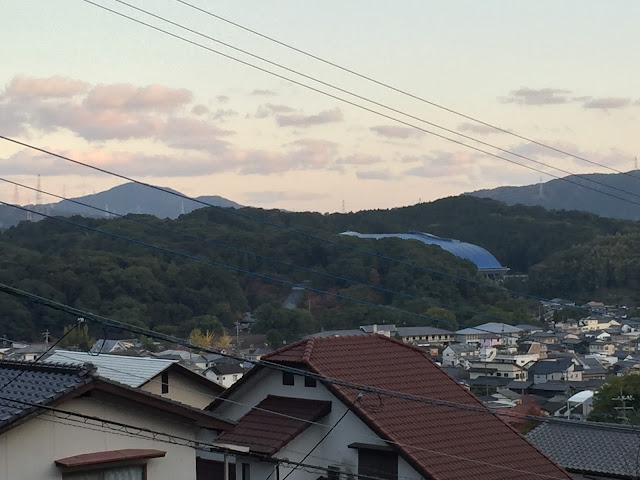 My hotel doubles as a day onsen. Before dinner I had a nice and relaxing bath, and I plan to have an other one tomorrow morning. Actually for tomorrow so far not a lot of plans, as I was in Dazaifu earlier this year and have seen already all major sights. But I guess I will to to the zen temple again and probably also the shrine. In Fukuoka itself there actually does not seem to be so many interesting things, so probably I will spend the morning soaking then off to Dazaifu "downtown" and then a short ride into Fukuoka.

Tonight will be the last night in a Japanese room during my trip, as the next two nights are in a Toyoko-Inn in Fukuoka. 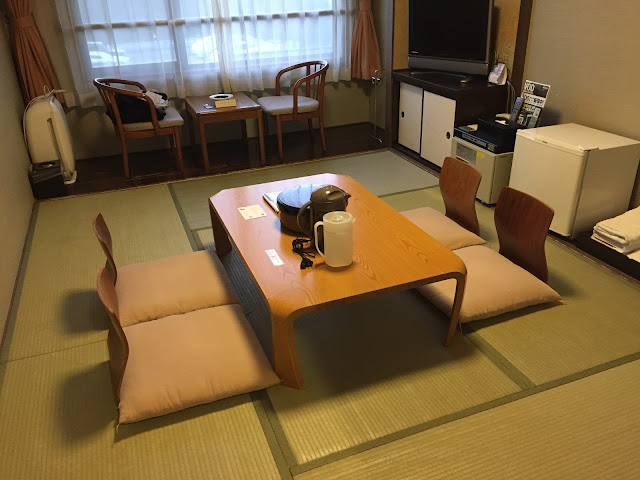 Not one of the nicest Japanese rooms, but nice. Generally I have preferred the Japanese rooms over the Western ones, as with the same m2 they seem spacier as the bed does not take up so much space and during day time the futon just gets folded up and packed away.