This post describes the cycle touring on Sakurajima, an island with the most active volcano in Japan.

After seeing Sakurajima yesterday (Day 50) from the coast, today I took the ferry over to the island and circled it completely by bicycle. On the ferry I had a front row seat: 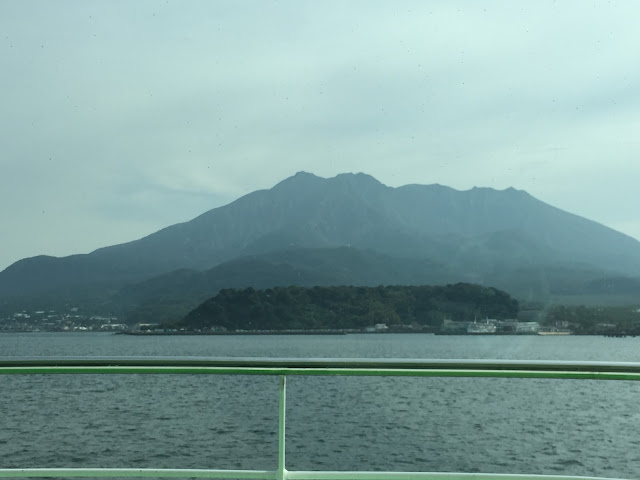 I had decided to do the South coast first, because there is more up and down, so that I could do the more tiring part in the morning. The first stop was on top of an old island, that was completely covered by a large eruption in 1914 and now has become part of Sakurajima. There biologists observe how the nature slowly but steadily grows and makes the lava fields their home. In only 100 years it has gone from hot lava to these pine trees: 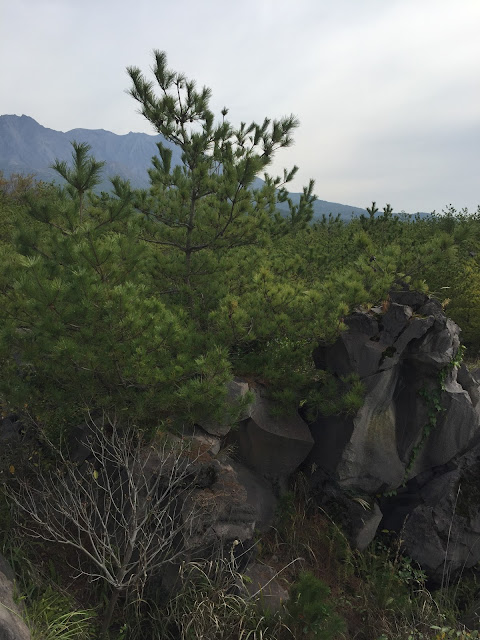 Further along the road, at about 1/3 of today's ride was an other view point of lava, vegetation, volcano and smoke from the ongoing eruptions. With the overcast sky it was however difficult to see and even more difficult to catch on a picture. 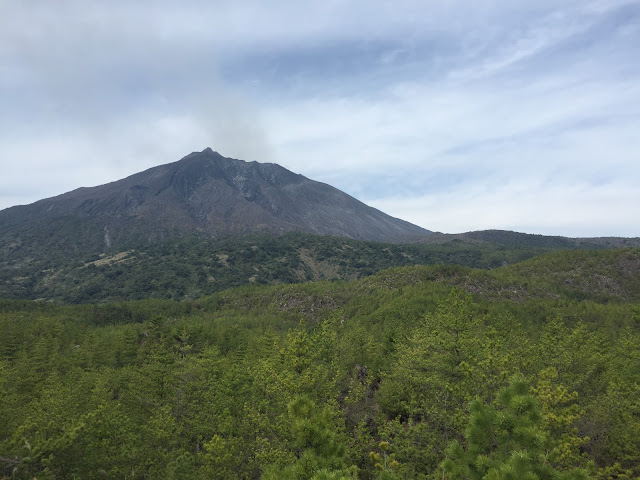 Sakurajima was an island until 29th of January 1914, when the lava connected it to the Osumi peninsula, which is opposite of Kagoshima. But I stayed on Sakurajima turning left and continuing on my round trip. After a while I arrived at the nearly completely submerged torii of a local shrine that was buried more than 2 meters deep in debris from the 1914 eruption and was left like this to remind future generations of the volcano. 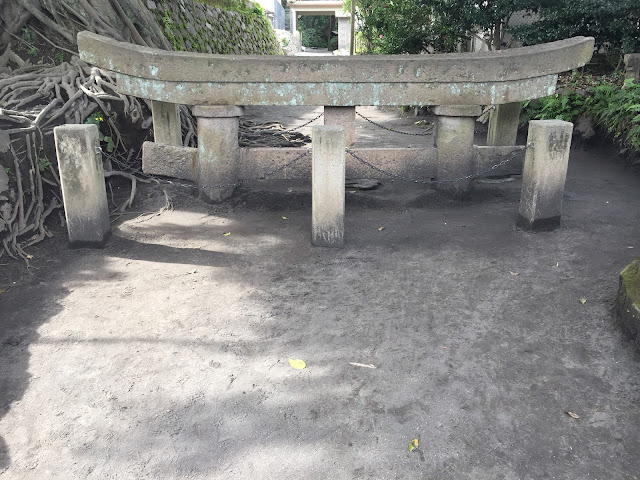 Everywhere across the island are also these shelters, where one can hide in the case of an eruption accompanied by volcanic debris flying around. 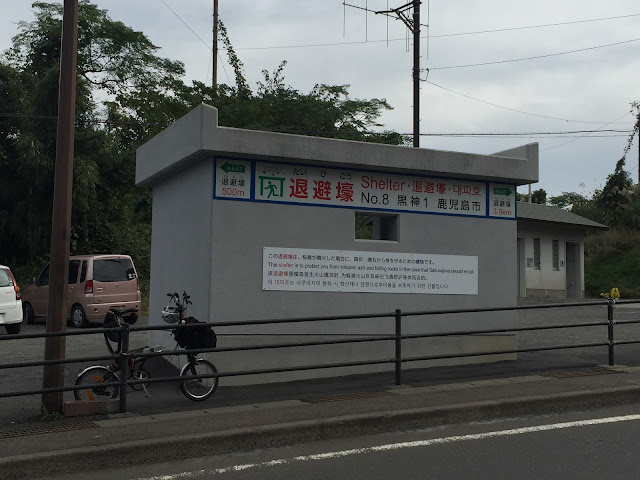 Today that wasn't needed, but the volcano is in constant eruption since more than 60 years, some years have seen more than 500 eruptions. This year we were at about 70 so far. And volcanic ashes are being expelled frequently, as I could witness on the Northern half of the island (well, no longer island, but calling Sakurajima peninsula also somehow feels incorrect).


Thus I returned to the port of Sakurajima, but close to it is an onsen, Magma onsen, where I washed away all the ashes and fatigue of the day before returning with a ferry to Kagoshima.

Tomorrow weather forecast has rain in the prediction, so I am moving by train, further up North to Yanagawa.


For details on the bicycle tour today in Kagoshima, checkout the below maps: