Day 52 - From Kagoshima to Yanagawa 鹿児島から柳川へ

Today was mainly a day on the move up North from Kagoshima, but I managed to squeeze in one sightseeing spot: Kagoshima Aquarium!

Bicycle: 13.5 km
Train: 250 km
Riding time: 1 h
Total ascent: 31 m
Route: In Kagoshima by bicycle, Kagoshima to Chikugo-Funagoya by shinkansen, and then on to Yanagawa by bicycle again
Weather: Very cloudy, a few drops of rain in Kagoshima, cold 9 C


Today rain was forecast, so I decided to use the day to move up North to my final stretch of cycling. Tomorrow and Sunday weather should again be reasonable fine (although right now not so sure about tomorrow...)

As the move up North was not going to take so long (by train), I decided to go to the Kagoshima Aquarium in the morning. It had a dolphin show both inside and outside in a channel that is part of the port. 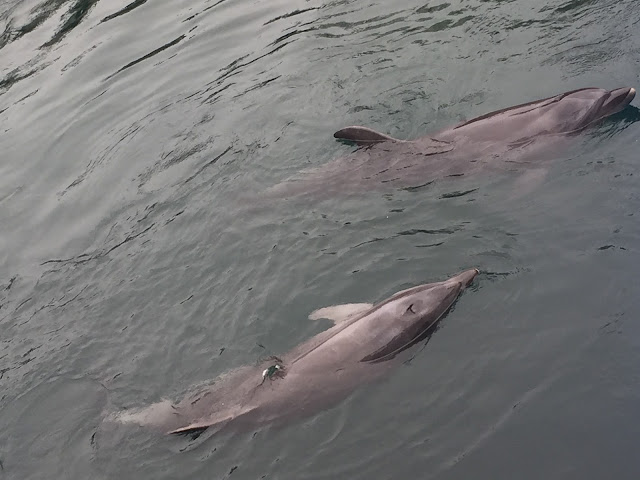 Plus tanks full of fish and other sea creatures. 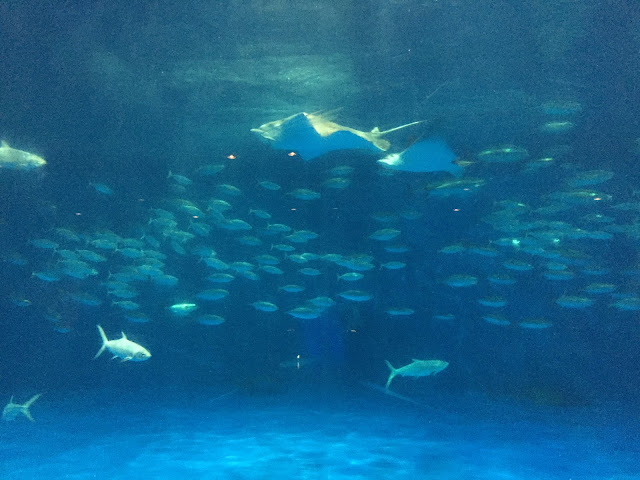 I never really liked aquariums, as I don't like fish so much (the looks of them, nor am I really a big fan of fish on my plate either). And I always get a bit sick in aquariums. I think it is not really only the fish, but something to do with water behind glass that breaks the light differently. In some way, looking at fish in aquarium (but also in the sea itself) is not something I enjoy. So well, I still went, as it is one sightseeing spot in Kagoshima and aquariums in Japan are very popular anyway.

When I left the aquarium it had started to rain very slightly, but not too strong, so I decided to ride to Kagoshima shinkansen station. Luckily a part of the way through the city center was roofed (well, only for pedestrians... but we are in Japan and cyclists commonly use the pedestrian walkway as well... so I did).

I took the shinkansen up North and as the weather forecast further North looked like no rain, just clouds, I decided to ride shinkansen up to Chikugo-Funagoya, a small village north of Kumamoto, and then ride the last kilometers to my hotel by bike, as coming here by train would have meant a lot of train changes.

I was lucky that the weather forecast and the actual weather were the same, so I could ride through the countryside on quiet roads, partially along the famous channels, towards Yanagawa. 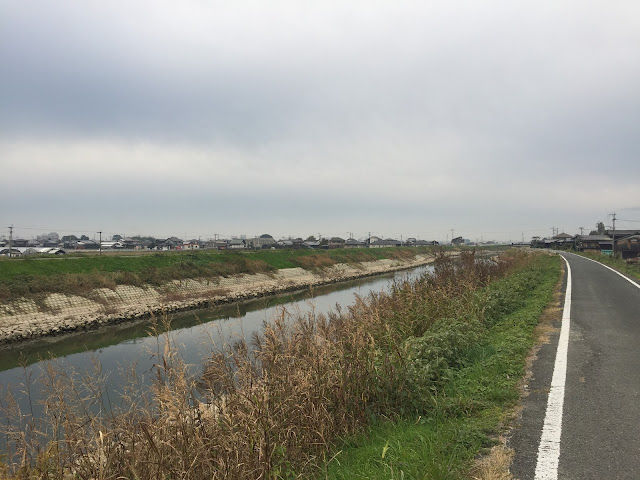 When I decided yesterday where to go next, I wanted a place with an onsen, and in Jalan that is quite easy to search for. There is even a setting to search for a onsen with rotenburo. I had different options about places where to go, more traditional onsen towns, like Ureshino or Takeo, but specially Ureshino is hard to reach by public transport, so I decided for Yanagawa, which is not a place known for its onsen (we are in Kyushu, so there are onsen here as well), but known for its nice channels. When I reserved my hotel, I had probably not expected to be in this kind of location:

The next building to the hotel is a cement plant... But the area is popular, at least with the local crow population who gathered for an evening meeting on the power lines. They clearly had a preference for the higher lines. Not a single crow on the slightly lower hanging cables. 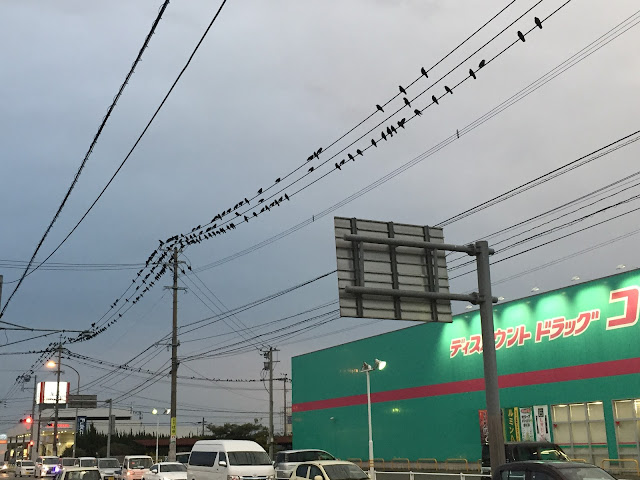 At the 7/11 at the corner, I got breakfast for tomorrow and my sumo ticket I had reserved in early October for next week.

As I had not originally planned to visit Yanagawa at all, I had a look today at the map what to do from here, and where to go, and decided on Yoshinogari. It turned out to be very challenging to find an accommodation for tomorrow night, on Jalan and Booking.com no hotels available even in the wider area (+/- 20 km from Yoshinogari), or at least not at acceptable prices, because 35,000 Yen for one night is not something I am prepared to pay for a pretty normal hotel. Finally I got lucky on Rakuten, and found a room in central Saga. With that experience I decided to also reserve the night of November 19th, in Dazaifu, which in turn was not complicated at all. Who knows what is going to happen tomorrow. Maybe it is simply because it is Saturday???

With this all my accommodations for the cycle ride through Japan are booked, as the last 2 days in Fukuoka I had already reserved when I got my Sumo ticket weeks ago.

After a curry dinner at a local family restaurant I took a relaxing bath in the hotel onsen, which is well frequented by local people and has two pools inside plus a small outdoor area with a relatively large rotenburo, that is even half covered by a roof, useful in case of  rain.


For details on the bicycle tour today in Kagoshima and Fukuoka, checkout the below maps: