In this blog post I review my visit to Korakuen garden in Okayama and to Matsuyama castle in Takahashi, surrounded by the first really nice koyo of this trip

Bicycle: 8.5 km
Train: 100 km
Taxi: 6 km
Riding time: 40 min
Total ascent: 39  m + half the hill of Matsuyama castle
Route: Okayama Korakuen and then by train to Bichu-Takahashi and back
Weather: Sunny, not a single cloud, 17 C


I didn't spend a lot of time today on the bicycle (nor will I tomorrow), but I saw my first real koyo: 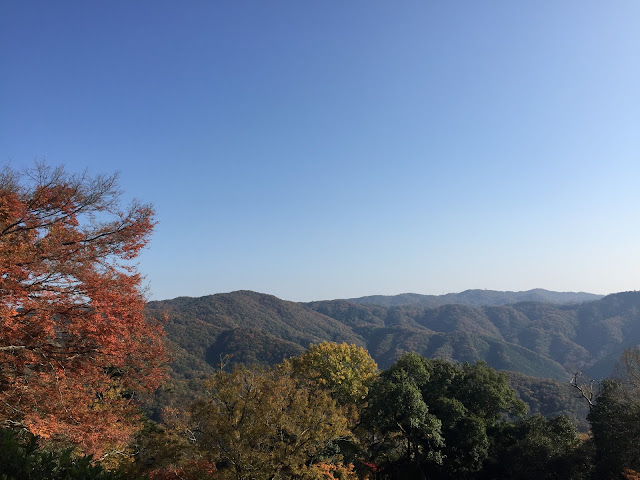 I started late and really only had on my program today to see the Korakuen garden in Okayama and then to relax in the city. But the weather was so nice and I discovered that there is an other of the 12 remaining original castles not too far, so I made my way there... but by train & taxi.

The day started in Korakuen, a typical Japanese pleasure garden. 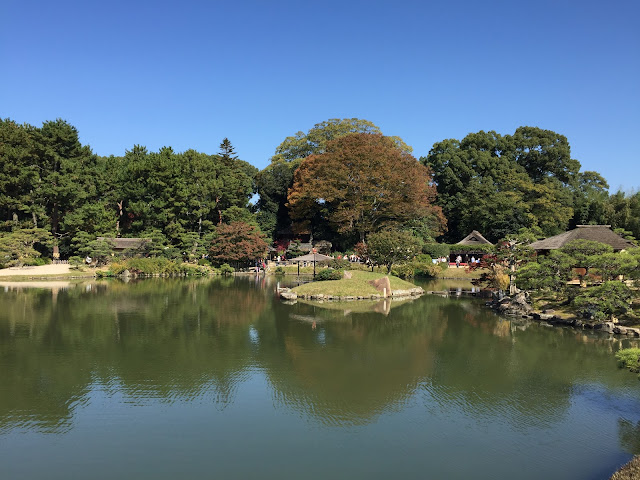 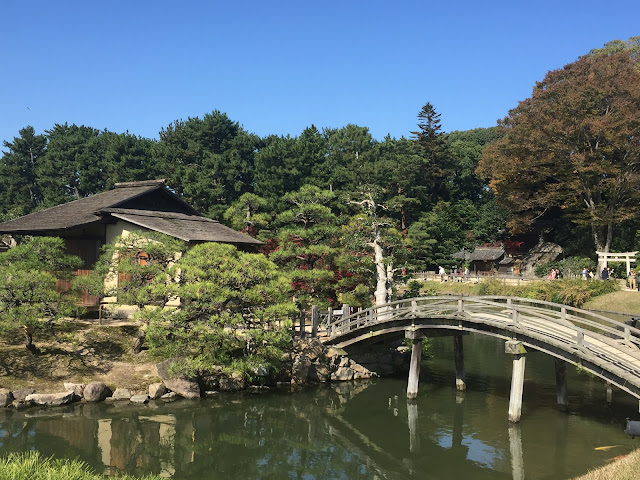 There was already some koyo ... 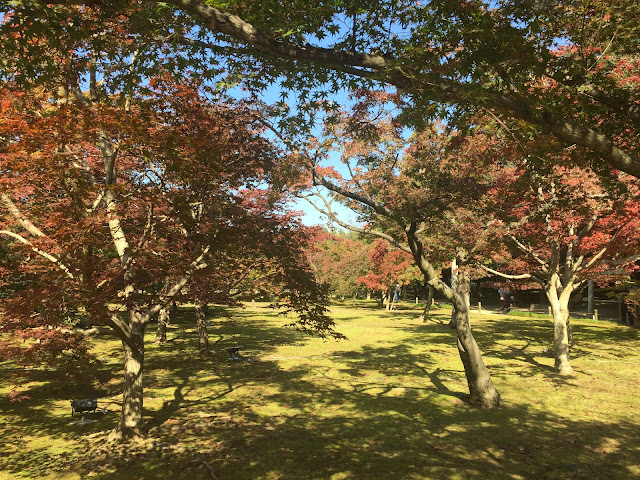 ... and even the koi dressed for the occasion: 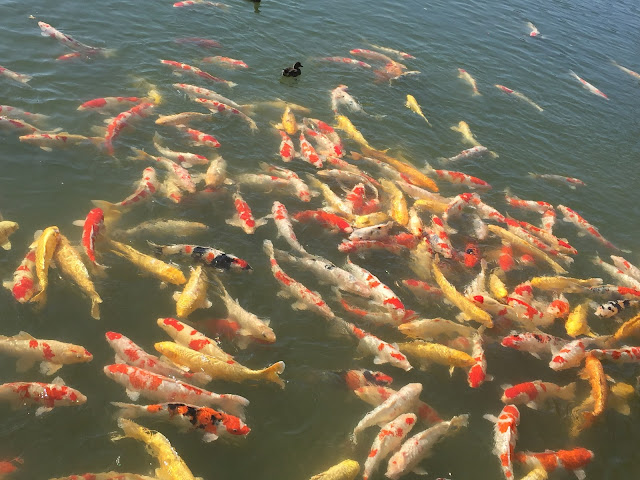 In the garden there were at least 3 couples taking wedding pictures... 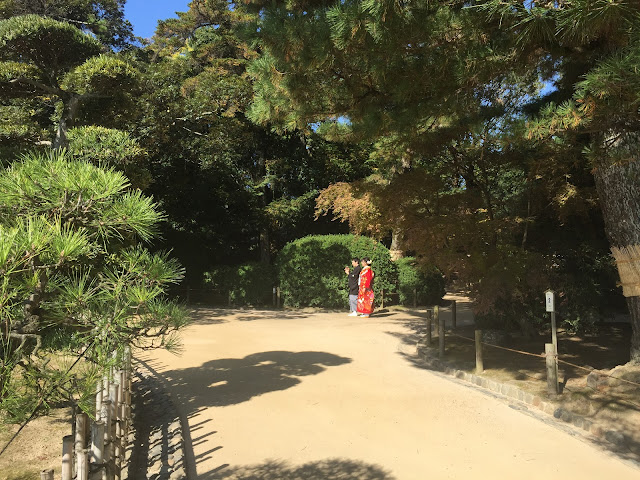 ... and one guy from Google Street view taking pictures... So probably in a few months time I will still be in Korakuen. 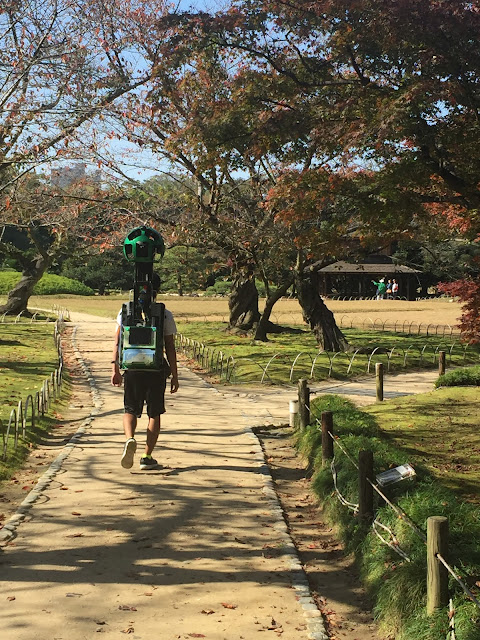 After the visit to the park, I went to my new hotel in Okayama. I had only reserved 2 nights in the one on the hill, and as it was quite inconvenient (nothing around for dinner), I decided to stay the last night down in town, which will also be much closer to the bus station from where I will go to Inojima tomorrow.

In Okayama town, there are some bicycle lanes, some are a bright blue line on the street, others are properly built cycle lanes, well separated from cars and pedestrians and yet others are the typical Japanese co-habitation of cyclists and pedestrians on the walkway. Having cycle lanes however doesn't mean that they are being used by cyclists only. Cars do park on them, pedestrians invade them, and yes, cyclists also drive on the walkway, when there is a cycle lane right next to it. That's Japanese cycling! Surprising for a country where there would seem to be a rule for everything, but not for cycling. (Well, there are rules... but cycling rules are widely ignored).
There is also a bicycle sharing program. I have seen a number of stations, but no one using these bikes.

I left my bag and bike at the hotel and went to the nearby station to take the express train to Bichu-Takahashi. From there on with a taxi half way up this high hill (over 400 m) to the highest castle in Japan, and one of only 12 surviving old castles in the entire country. This number of 12 old castles is always being stressed in each of them, and they also all have pictures of the other 11 hanging in one exhibition room. This castle today, Matsuyama, was definitely one of the nicest of these 12. High up on a hill, overlooking the other hills around and the river below and with koyo that is near to its peak. 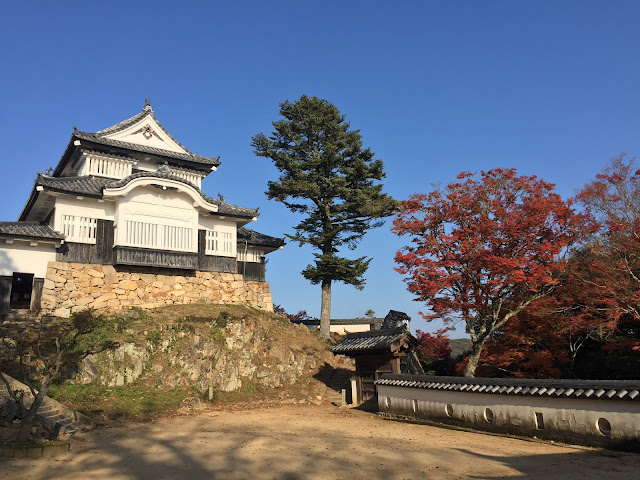 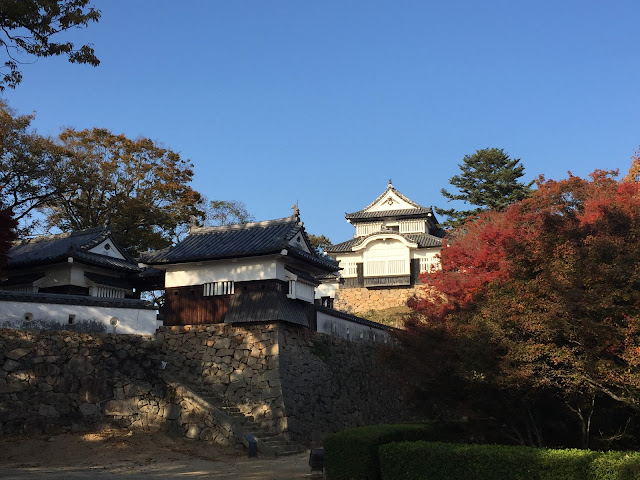 This roof kind of reminded me of the Great Wall of China. I can't really explain it why, but it is the combination of the mountains in the distance and the dragon-like shape on the roof. 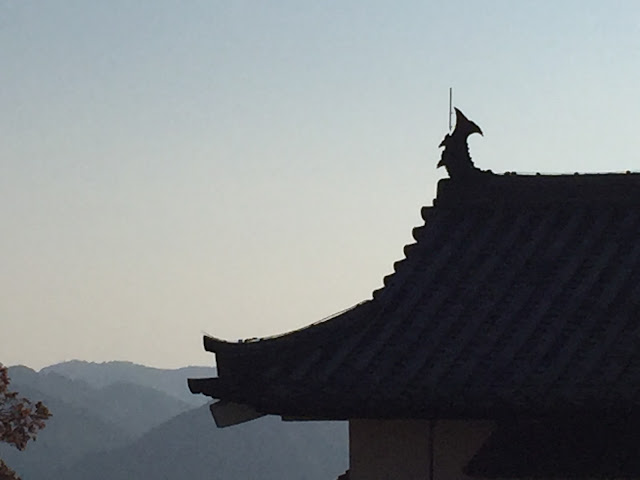 A very nice castle, and as it is quite hard to access (car + shuttle bus + 15 min walk or taxi + 15 min walk, the walk being steep uphill), there were not a lot of tourists, no foreigners, and also not that many Japanese on this wonderful autumn day. So I could enjoy the castle quietly in the sinking sun.