This post describes the third day of my bicycle tour of Japan, continuing to ride down the West coast of Hokkaido from Wakkanai towards the South, including a relaxing stop at an onsen.

Continuing down the coast. Today an early start, as breakfast at the Minshuku was at 7! This mean that at 8:20 I was already on my bike on the way South.
Shortly after departure and before reaching Teshio, I crossed the 45th northern latitude: 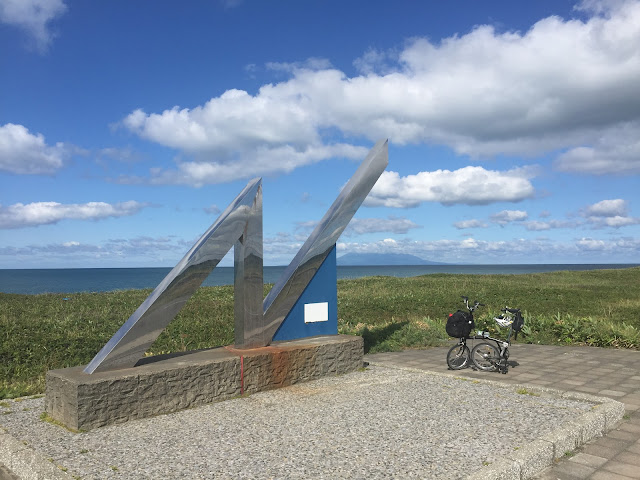 The road today, was the continuation of the previous days. Wide sky and sea:

Here it felt so nordic, that the close by city of Teshio got a sister city in Alaska, way more in the North. I found them at the local museum in Teshio. This museum is housed in a quite impressive, old brick building. I think it might have been the city administration. However from the looks, Teshio once upon a time must have been a quite rich city. Now unfortunately the town is quite ugly. Not as bad as Enbetsu, but still... 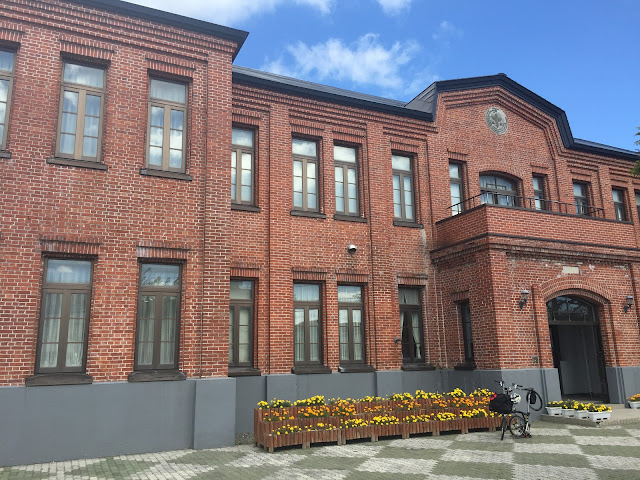 In the morning it was quite cold, so that I had to put on my cardigan and was also happy to have the stop at the museum and right after that an early lunch (11:30) with some hot ramen. However shortly after Teshio things got warmer, and I put the cardigan back into the bag.

Also today I encountered cyclists (maybe around 10 - 15, all going North) and many more motorcyclists. 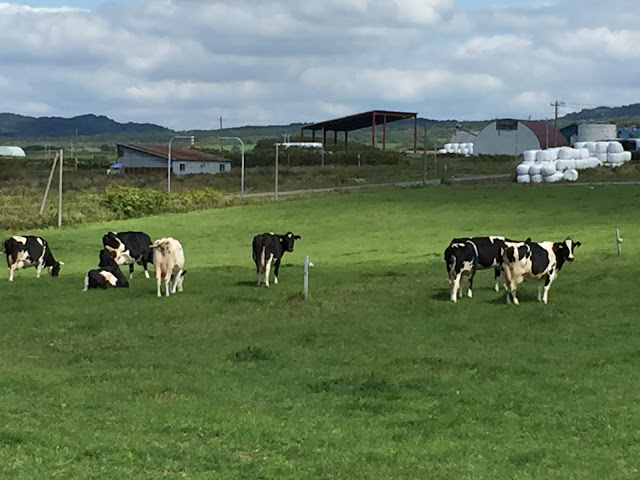 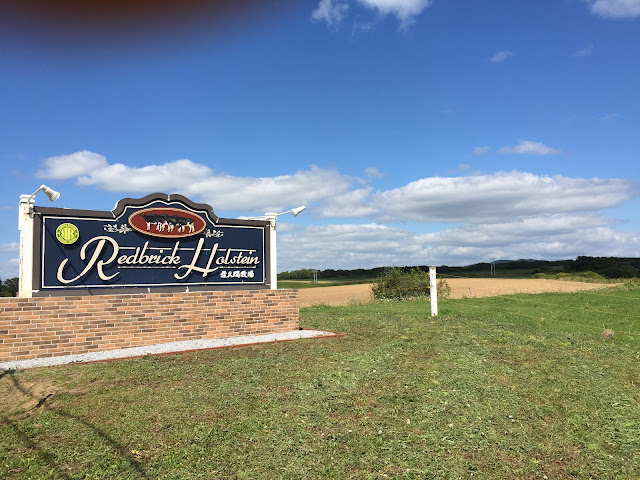 Originally I wanted to stay at Enbetsu tonight, but as I didn't find any accommodation there, I was "forced" to go on until Asahi onsen. Which, looking at Enbetsu, was not a bad idea at all. Here the city centre of Enbetsu with one of the ryokans: 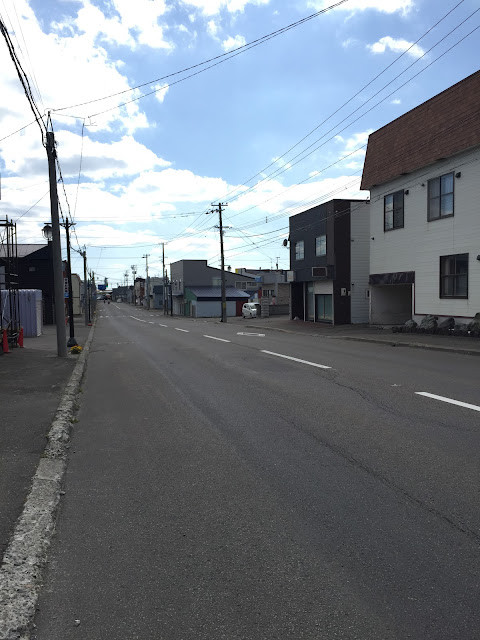 As today was the longest ride so far, I had a number of breaks. At most of them I remembered to halt the Garmin recording, which explains, why the ride time was so short. I didn't ride especially fast today (although it was mainly flat and wind was either coming from the side or behind), but stopping
Garmin every time I got from the bike for a break / shopping did the trick.

I took a last break shortly before the detour for Asahi onsen, in what was supposed to be a small natural reserve, but which does not seem to be very visited. I rode on the wooden planks through it, and partially it was already very overgrown. So I settled down on the entry of the walk, had some chocolate I had bought in the local conbini and enjoyed the sun: 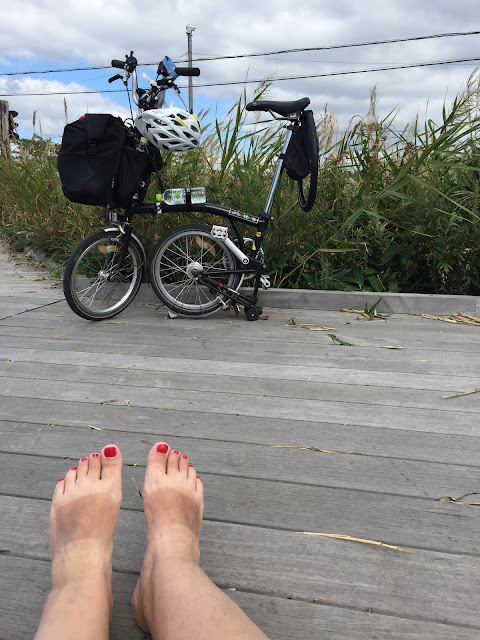 From there is was probably an other 10 km to my onsen of the night. I arrived here around 3 o'clock in the afternoon and after checking in, did soak for about 2 h in the onsen. They have one pool outside with very dark water, which also was quite hot. So soaking, and then sitting outside naked and wet in the fresh air, soaking again, sitting in fresh air... and so on. I could probably do that for hours... and actually that's what I did :-) 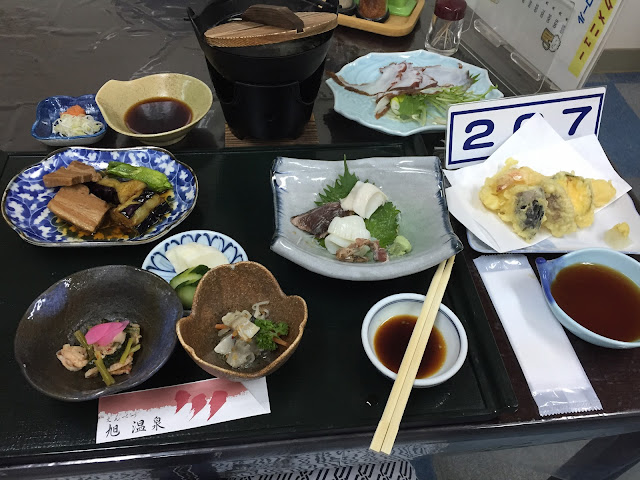 The only "but" of the accommodation is its lack of a coin laundry... I had not washed yesterday, in the assumption I could do so today... but no washing machine here. So tomorrow the same clothes as today. But they were fresh today, so not so bad. Tomorrow I should definitely be able to find a coin laundry, as I will stay in Haboro, a relatively big village.

Tomorrow the ride will not be very long, about 42 km, but apparently with a lot of up and down. But well, worst case, there is a bus every now and then. Weather forecast for tomorrow is totally sunny at 21 C. Sounds ideal!