Perfect ride (downhill) through the mountains behind Osaka


A few days ago, at an onsen in Osaka I picked up a map with cycling suggestions around Osaka. See #6 from this map. Looking at the map the ride seemed a bit long, but not too hilly... However when I opened the strava map (see the QR code on the map), it turned out that it was actually quite hilly, but I also realized, that I could do only half of the ride and start from the top... So that's what I did.

I started in Hirono, a small station in the country side behind Osaka, where the station master, once he had checked my tickets went on to continue cleaning the station. 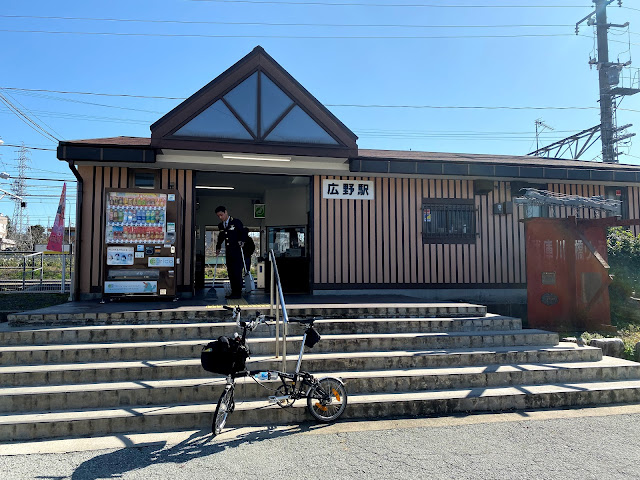 The landscape was nice right from the beginning, just a few meters behind the train station... 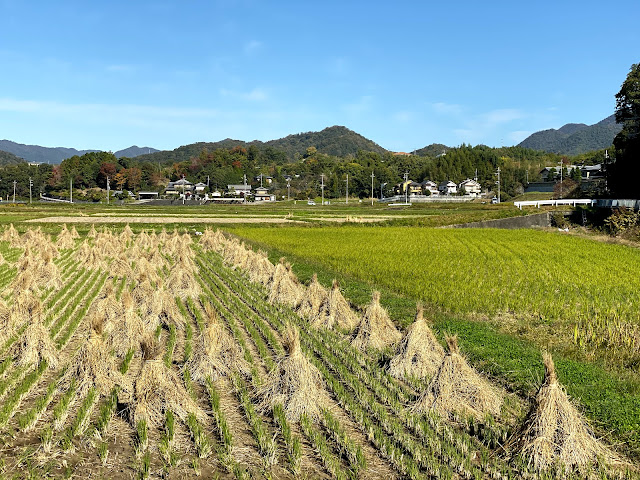 ... and got even nicer as soon as I was at a lake closeby.

Generally it is still to early for koyo, but every now and then there is an isolated tree already in full colours. 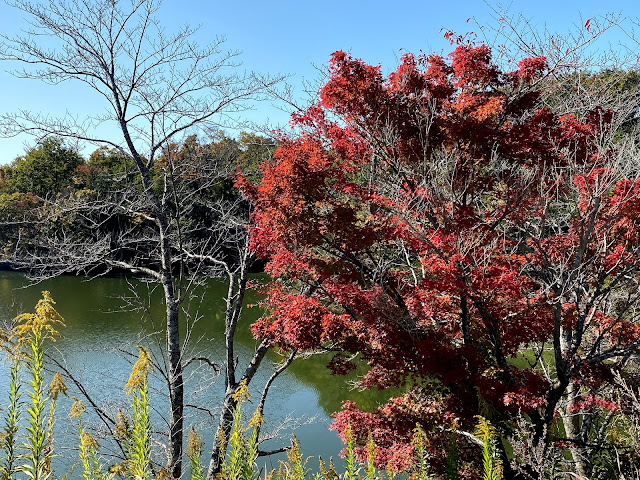 And well, it was still warm enough to ride in short sleeves (and obviously sandals). So the trees are excused. 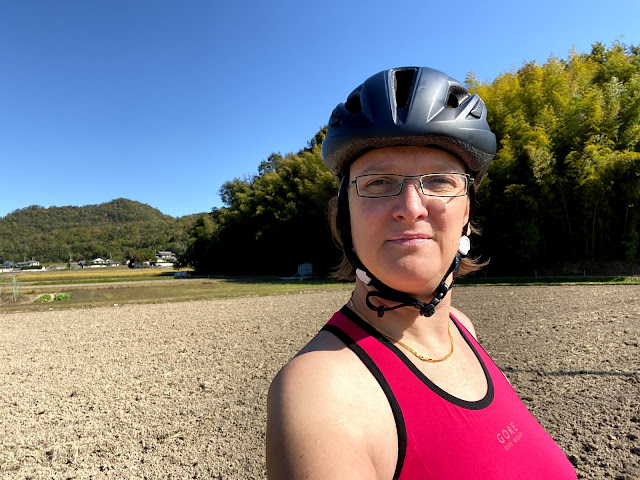 Occasionally I met a few other, much more serious cyclists, who were probably aiming for the mountains around me, but even for me this landscape was totally doable... thanks to my wise decision to start from the top.

I did a rather small detour in an even more remote valley, which was really nice. This picture here is right in front of the restaurant where I had lunch: 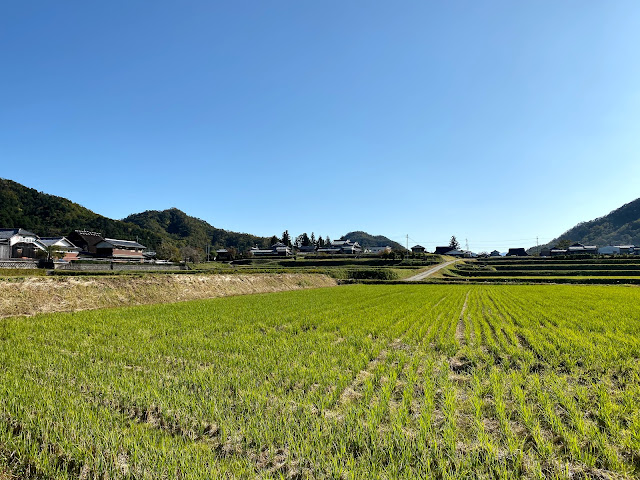 Although this is in the middle of mountains, it was actually a place specialized in sushi including fugu! But I had tonkatsu. 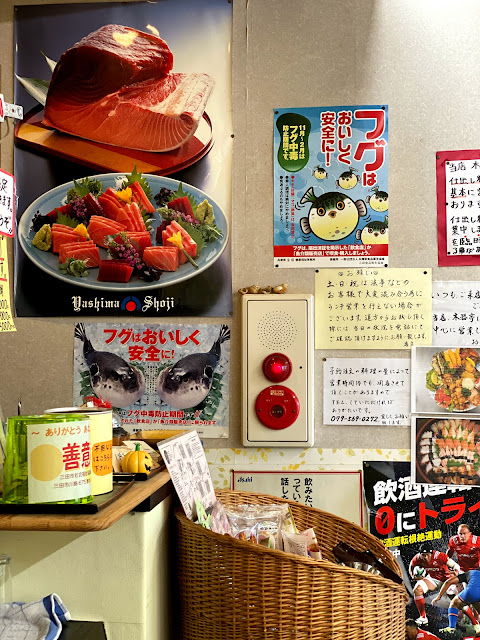 When I left, it was already close to 14:00 so there was no time to explore more of this nice valley and I headed back to the main "street". Not before taking a few more pictures. 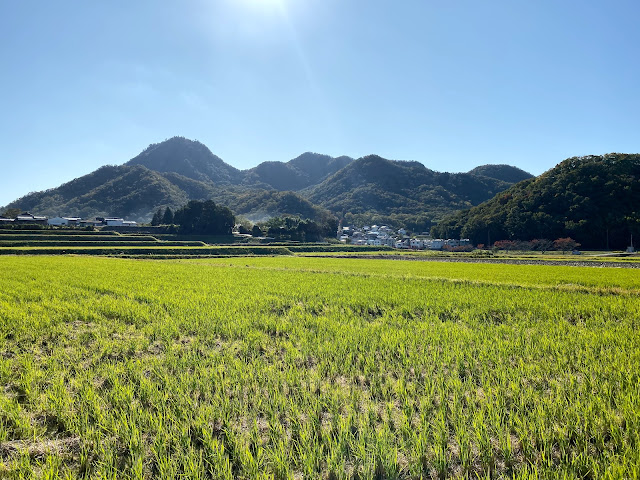 Also along, what I call main street, there were some really nice places. Only sometimes the street had a bit too much traffic, but I could normally evade it, e.g. by riding on the side walk and it was never as heavy as last weekend coming down from Iga Ueno to the plain of Nara.

Kaki fruits are currently ripe and glitter in the sun: 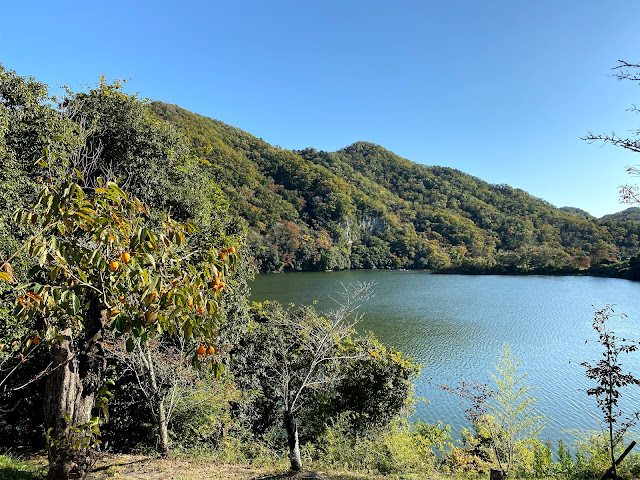 This dramatic cliff looks more romantic in the picture than in reality, as it is taken from a bridge with a rather busy road. 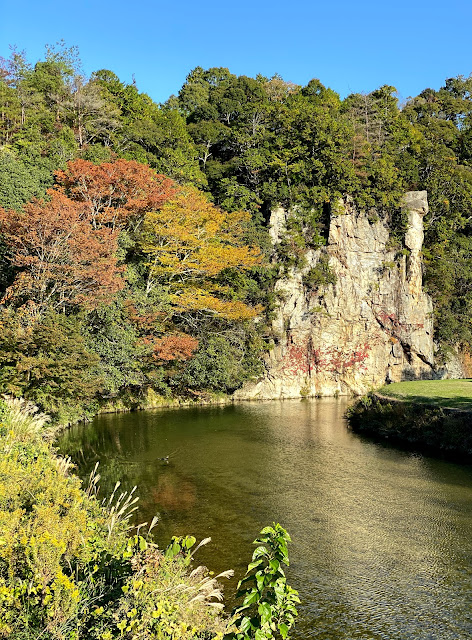 A little bit further downstream however komoot had picked this small road along the river, which was just perfect. A long stretch of winding road with minimal traffic (I guess someone built for the cars a faster road somewhere on the hills), but perfect for us cyclists. And nicely sloping down. 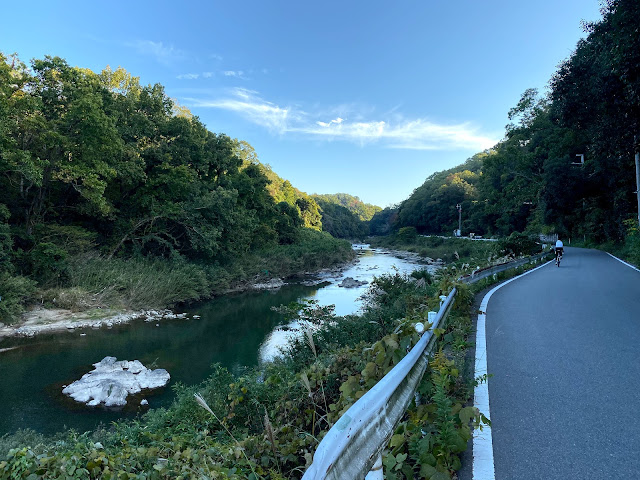 Getting closer to Osaka, obviously at some point the city starts again, with highways, bridges etc, but as it was a Japanese river there was still for some time a cycling road alongside. 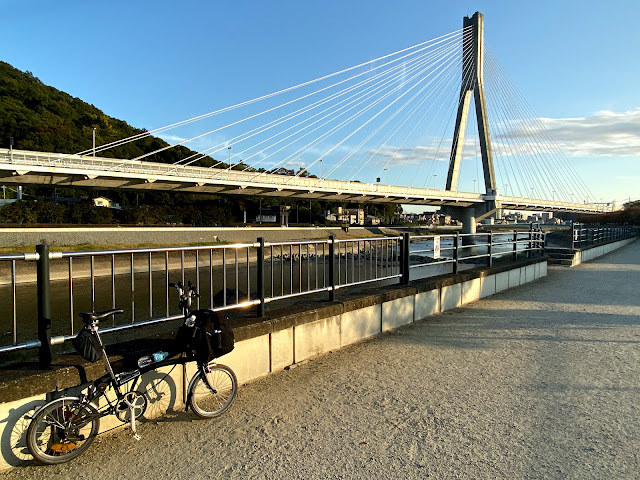 I had looked for an onsen, and had found one relatively close to Ikeda (which was my first idea where to end the ride), but while riding to the starting point in train, I noticed on Google maps an onsen close to Nakayamadera station, which seemed to be closer, so less riding after the bath). I checked out more information about it, and decided for it. And this was a perfect decision. It was a super-sento, but one dedicated to rotenburo. I think there was only one (large) inside pool. All others were outside. I think 8 outside, if I remember correctly. 3 of them with very special onsen water, that is full of iron and according to the description and the other patrons very similar to the onsen water in - not very far - Arima onsen. Which is a famous onsen place.

Above the reception desk they have these huge inflated statues: 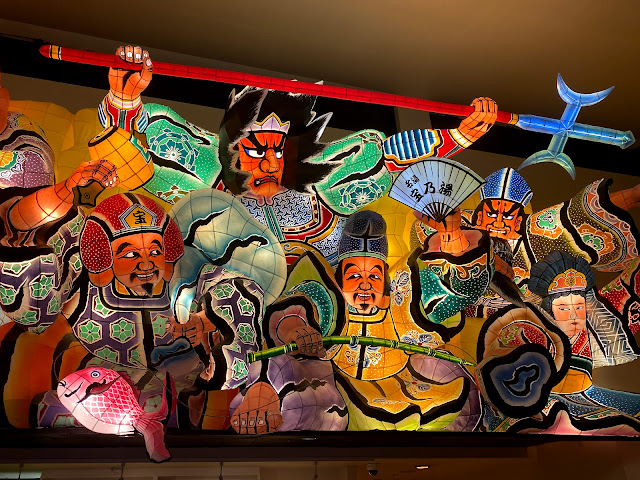 Definitely a perfect day in the saddle.