After the perfect day on the bicycle yesterday I had great expectations for today, but unfortunately they did not become true.

I had seen on this webpage that there is as very long cycling road along the coast into Himeji. Plus another one inland from Kakogawa. So I planned a round trip Kakogawa - Himeji - Kasai- Kagogawa.

However the cycling road into Himeji is probably the worst cycling road in Japan. It is right below the Shinkansen tracks, through industrial installations, some houses, but no nice landscape at all. 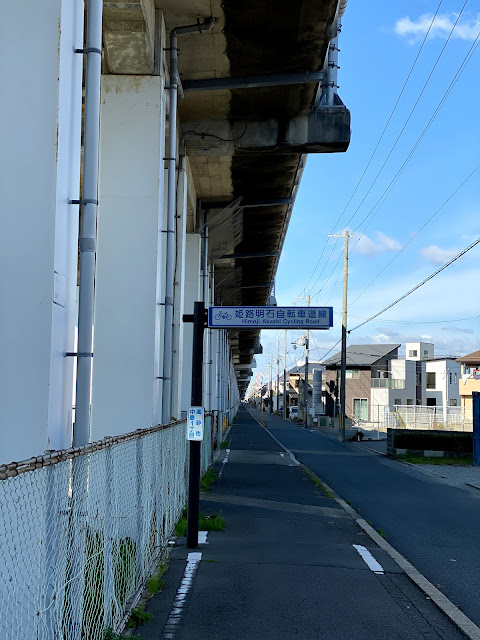 Plus it was in the eternal shadow. I got bored of this pretty quickly and tried (not very hard though) to find an alternative. I wasn't very successful. Yes, the small street on the other side of the Shinkansen tracks was at least in the sun, and also had only light traffic. But it was equally boring.

Probably there would have been much nicer paths somewhere through the fields. But it was generally an area full of transport: Shinkansen, local trains and highway. No place for a nice cycling road.

Also Himeji except the castle seems to be only one more Japanese city. But well, the castles looks really nice and huge: 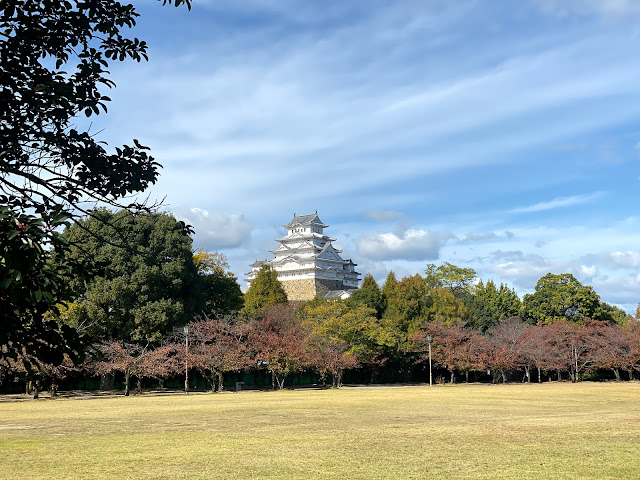 I hadn't planned to visit the castle, just to take some pictures and get going to hopefully see some better landscape. But I was feeling quite down, after this ugly ride and even when riding out off Himeji, while on small roads, it was through the typical suburbs of Japanese cities. What did I do? I decided that feeling low was due to lack of calories and got some noodles in a chain restaurant.

At this point I was considering to completely change my plan, ride back to Himeji, visit the castle and ride back by train. But after the noodles I felt more energetic, and continued on. Very annoyingly since lunch the internet on my phone doesn't work. How dependent we have become...

The ride from there on was through nice, but well, kind of standard Japanese landscape. I didn't even run into a nice or interesting temple. 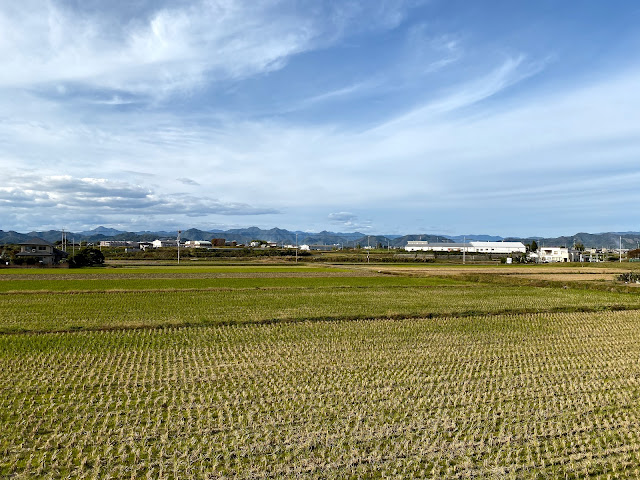 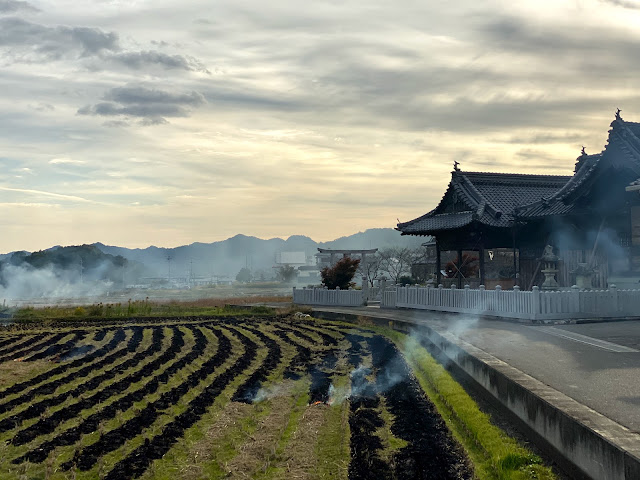 I came by a really small train station, which doubled as a local art gallery: 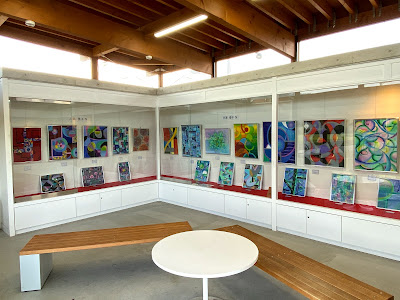 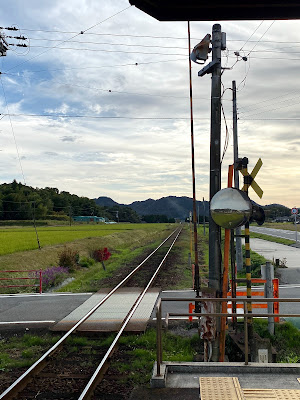 In Kasai I cut the ride a little bit short, and there the only highlight of today started. A cycling road which was actually nicer than many others in Japan. 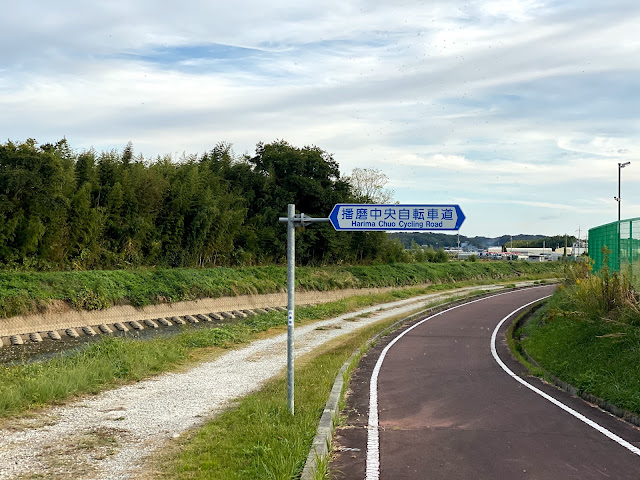 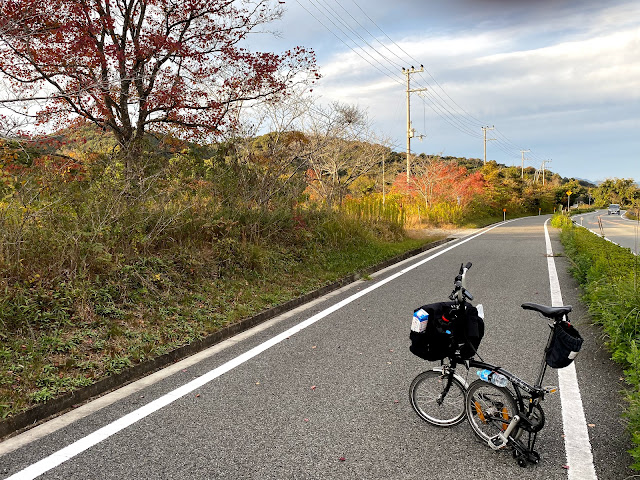 To have cycling roads along rivers is very common in Japan, but this one, probably because the river was quite small, was better than normal. It even went around a lake with a winding shore. 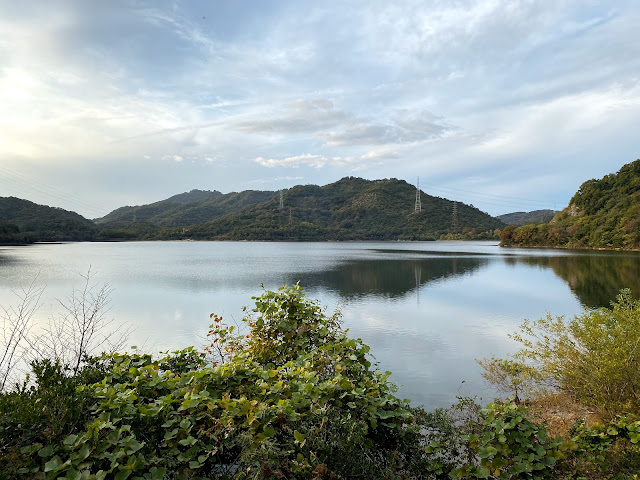 The cycling road quite close to Kakogawa joins the bigger river cycling road and arrives all the way to the coast.

I had seen in the morning in the train, when my internet did still work, that there was one onsen about 4 km from Kakogawa station and an other one very close to the station. I had decided against the one close to the station as the other one seemed much better. Well I should not have changed my mind. It was incredibly hot! When I entered the washing area it was so hot, that I found it even hard to breath.

I took a quick, nearly cold shower, rushed to the very small rotenburo area and had a bit of a bath there. Well I got clean, but I am not sure if I feel rested. 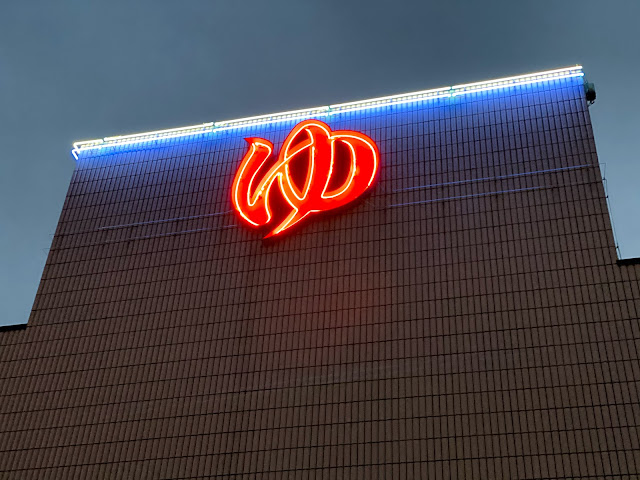 Thanks to my internet connection issue with the phone, I couldn't uselessly spend my time surfing the internet while travelling back... so I wrote this blog post. Speaking of train, reminds me of this picture I took in the morning about noisy salmons:

So overall NOT the perfect day in the saddle. However the cycling road inland was nice and if you are in the area definitely nice to do. Although today I did not meet a lot of fellow cyclists. Much in contrast to yesterday. And now I understand. The area between Sanda and Ikeda was definitely very nice, even though there was not a single meter of cycling road. So next time I am in Osaka I will continue discovering that area and probably just one day go by train to Himeji and visit the castle. For a second time, after my previous visit, now 24 years ago.