Today was the last day of my trip into the deep countryside between Shiga, Mie and (surprisingly) Kyoto prefecture. I started the day with a small round through Iga Ueno, back through some streets I had already passed yesterday night, just to take a few more pictures of the city. 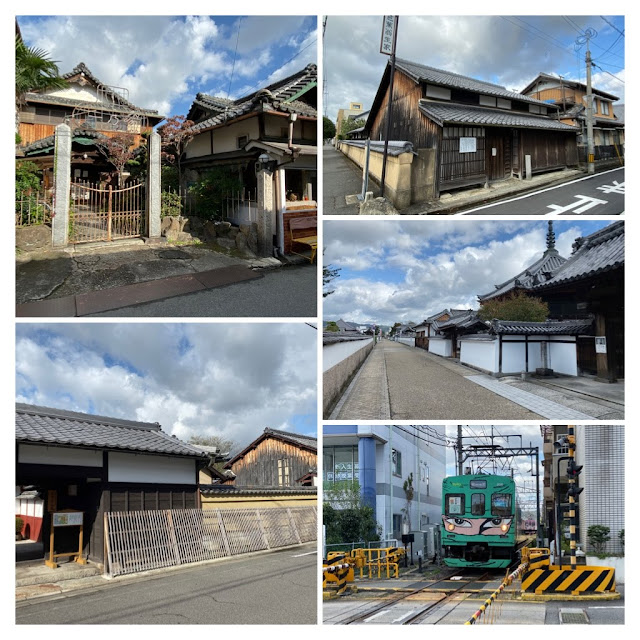 But the highlight of today was the Ninja museum in Iga Ueno. Very differnt to the ninja park yesterday, which was probably a lot of fun for kids (probably much more than the Iga Ueno museum) as they could DO a lot of Ninja-like activities. But for an adult the museum today was better. Some explanations in an old "ninja house" (I think the building is actually new, and just has been built with an array of typical ninja traps. Plus a small museum, that is half in English and explains the tools and techniques used. 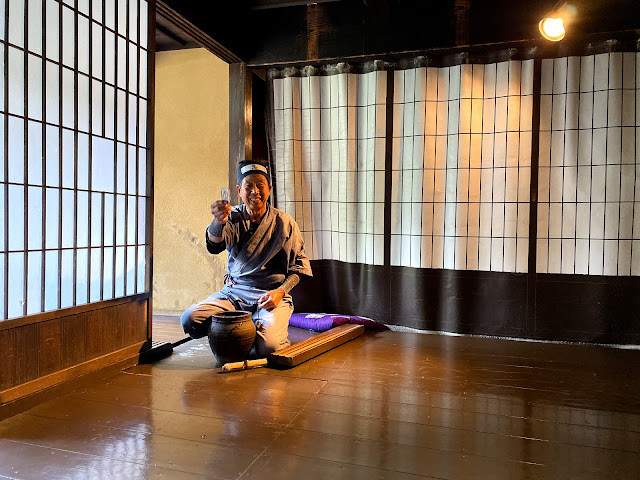 But the highlight definitely was the ninja show, in a small open air theater. With some real weapons and funny presenters. No pictures allowed during the show, and that was good, otherwise one would have seen mainly hands with cameras rather than the show. Only one picture at the end was allowed.

The museum is in a bigger park, which also houses this round memorial building for Basho... 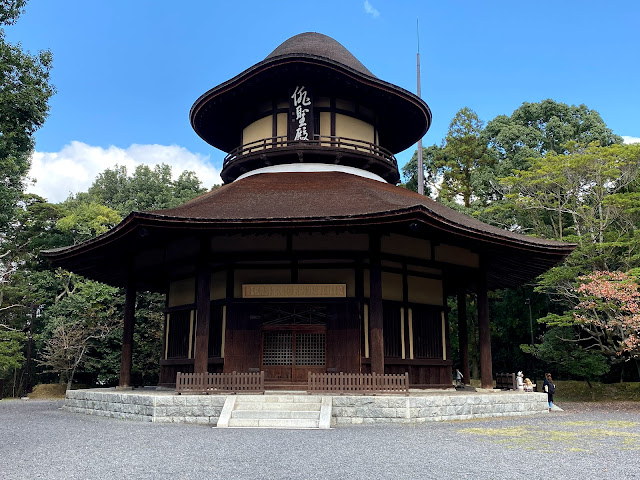 ... and obviously, the castle of Ueno. 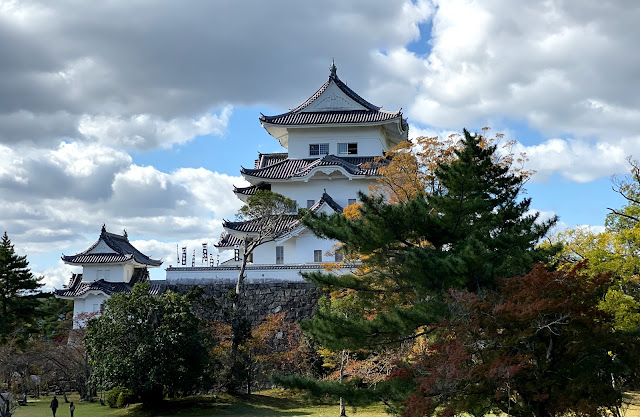 The castle isn't an original, but apparently built in a more traditional way than others. However I did not visit it, as I thought my experience with the ninja was good enough for the day, and I wanted to get started with my ride. On the way back to my hotel, where I had left my luggage I bought some omiyage at this very old shop: 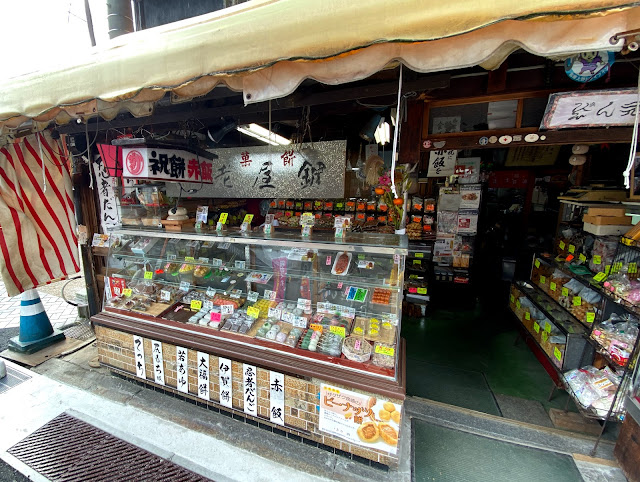 But then it was time to get started with the ride. After Saturday, where it was quite warm (I even used, very briefly, my fan on Saturday), today it was rather cold and a bit windy. Not too much but still. At a certain point I thought that putting on my cycling cap might be a good idea, but I couldn't find it anywhere in my luggage... and coming now back to Osaka, I discovered why... I had left it here. Well, it wasn't too cold and getting riding I became warmer. 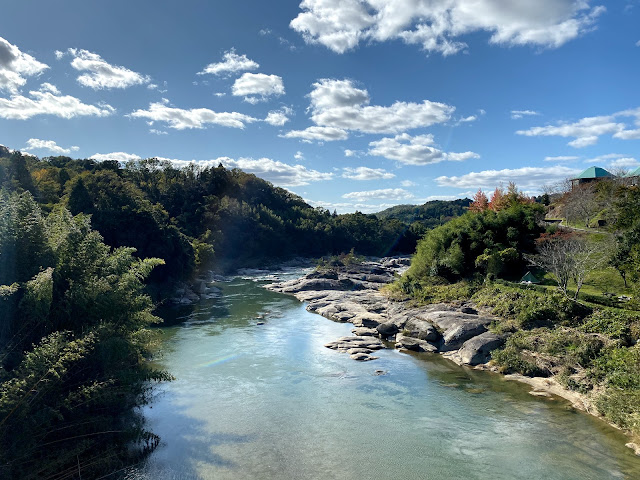 At Shimagahara (see river landscape above) I was faced with a difficult decision. To onsen or not to onsen. It was too early in the ride to an onsen... but on the other hand, there was a big onsen right on my way. How could I ignore it. So after a lot of thinking forward and backward, I entered. Well, it was okay. Nice, but unfortunately no views from the onsen and no nature inside it either. So it was okay as an onsen, but for such a nice environment, it could have been better. Definitely the one yesterday was much nicer.

I did stay probably around 1h and then continued on, as I knew I had to get to my train back to Osaka before 17:00 when it gets dark. However frankly, that wouldn't have been a problem, as even Shimagahara has a train station that links to Osaka... 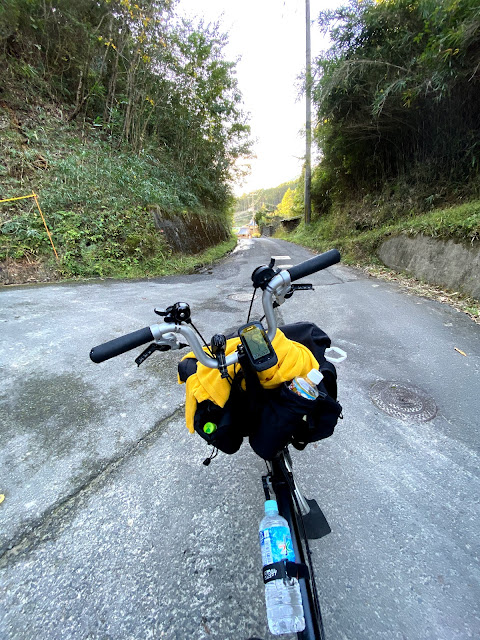 The first part of the ride down towards the Nara valley was on very small and nice country roads. A bit of an up and down, but definitely nice.

And through a lot of small villages, where time seems to stand still. 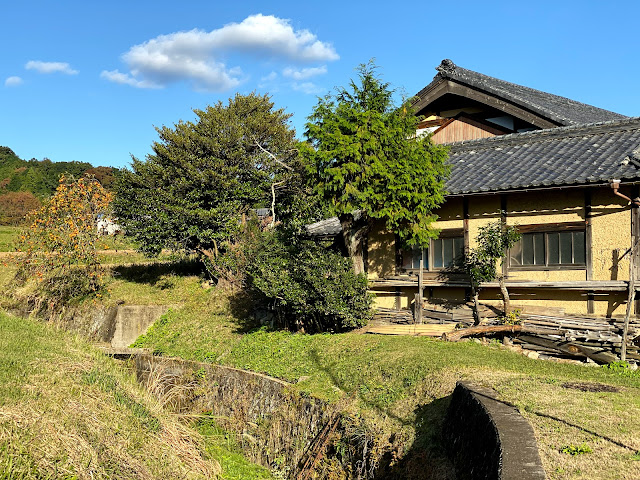 However in retrospect, I should have taken the train already in Okawara. Until there I could come on small country roads, but from there down to Kamo, there is only one road, which gets some traffic (including lorries) and isn't very wide either. So it was not very comfortable riding it down. X 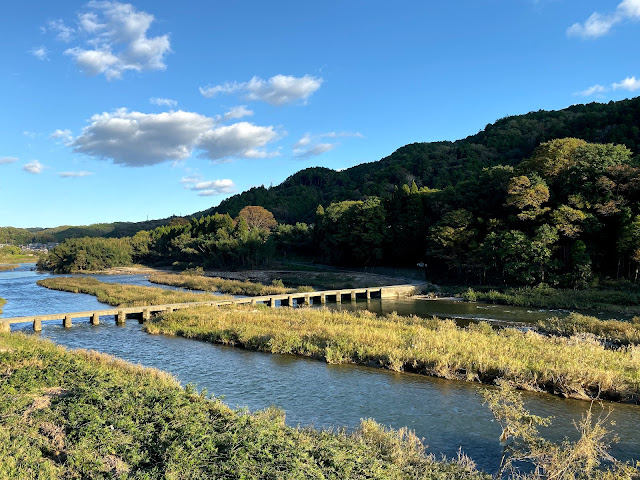 When I called it a day however in Kasagi, I was lucky enough that the next train was coming in only about 10 min, which then in Kamo connected to a direct train back to Osaka... where I went to my second onsen of the day.

Overall a very nice region of Japan, with small villages. But a bit hilly... so to consider for shorter rides.