When a few months ago on the forum of Japan-guide I asked what to do in Osaka, one of the posters suggested Sakai and mentioned even a bicycle museum. So today was my turn to cycle over from Shin-Osaka to Sakai.

But as I had suffered from cold on my head during my ride yesterday to Kyoto, I first stopped at a Y-Roads in Osaka and got a cap. But not only, I hadn't had time to buy winter cycling clothes back in the Netherlands, so I did today. It was fine while ON the bicycle, but once arrived in Sakai, I did too much sightseeing and not sufficient cycling and it got REALLY cold.

When I planned out the ride on Garmin the other night, I only planned in detail the part in Sakai in order to visit as many temples/shrines as possible, but left the Osaka piece essentially to the default. That is never a good decision in cities, because somehow the roads selected are big main roads, not nice to cycle on. But actually there are often parallel small streets that are very nice to ride. It can be a huge contrast. On one hand side a huge, 4, 6 lane road, and just a few meters parallel a small one where a one car can just pass and that is really taken up by cyclists and pedestrians.

Sakai is a city known for its metal works, which per the official story of the city started over 1500 years ago with the construction of tumuli and then went on to production of knifes and in the 16th century to production of guns. With the invention of the bicycle, the metal production moved to bicycle parts. Per the museum the one and only bicycle company in Japan is Shimano... founded, where else, in Sakai. 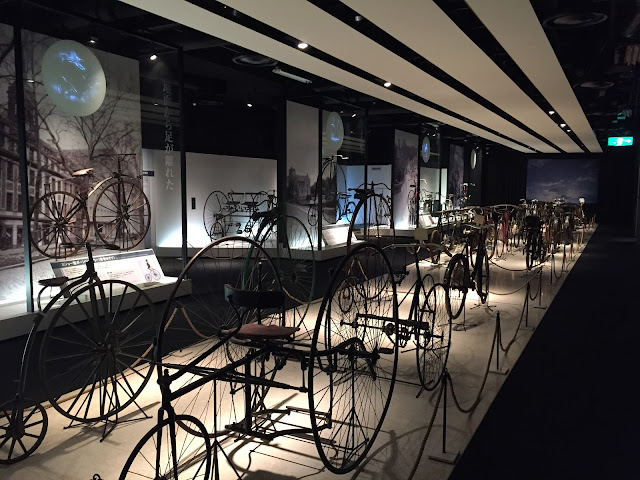 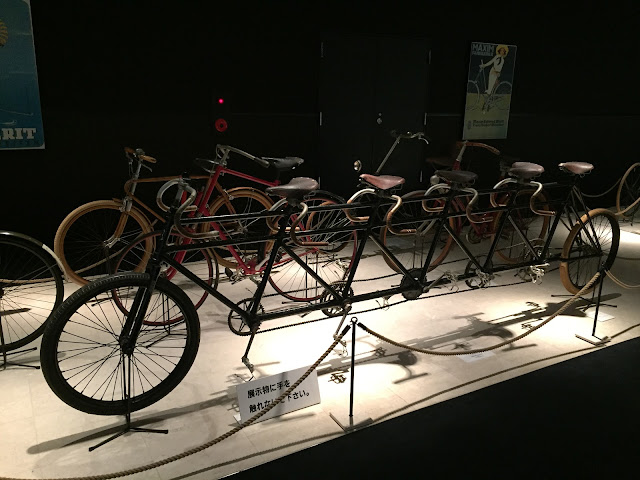 Actually from all the other sights in Sakai, a LOT of temples and shrines, a landscape park, the tumuli, I only visited a small gun blacksmith exposition and a old house. 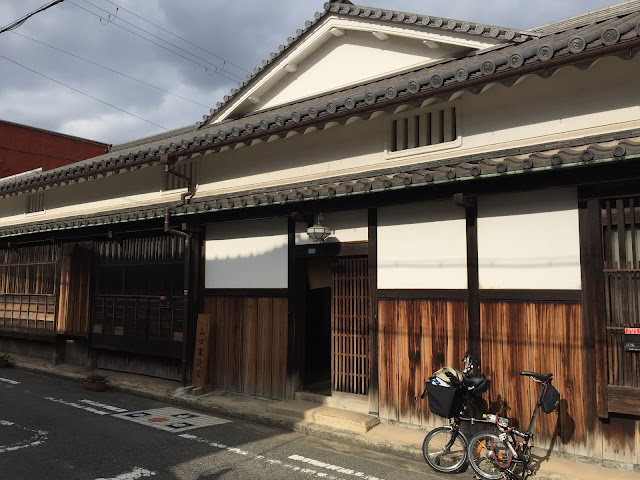 As so often, I started my day too late and didn't have enough time in Sakai. But well, that means I can go back in April, then the weather should also be warmer and the park greener.

It also seems that the museum organizes bicycle tours: http://www.bikemuse.jp/

As I was feeling so cold, I was tempted to come back by train, but I was also tempted to actually ride a bit more... and my will to ride did win. But wearing my heavy winter jacket on top. This way I made my way back through Osaka, partially on small nice streets, but also again, specially closer to the center on big streets and to an onsen on Kanazaki river.