I hadn't planned any ride for today and as a result (?) got up quite late today, then lost nearly an hour looking and responding to work emails before finally after a nice strawberry breakfast make it out of my door.

I had thought initially to go somewhere where plums are on flower, and actually they should be in the '70 Expo park in Osaka, but the way until there seemed to be hilly and not so straightforward. So after a while (before departing) I decided to just ride along the river, where I knew a cycling road existed. Simply riding.

Now the way to the Yodogawa from here is a bit complicated, there is no really good entrance, that I have found. The entrance I took went through a major construction site, so coming back I decided to ride a little bit longer along the river but then ended up in a huge road.

Well, the river itself is also not the nicest of places... but it was about riding, which is definitely possible along the cycling roads on both sides of the Yodogawa. 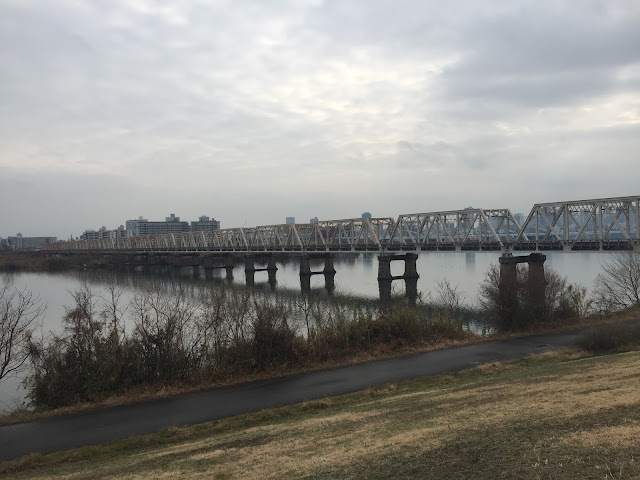 If there wouldn't be those annoying motorcycle stops, it would be even better. 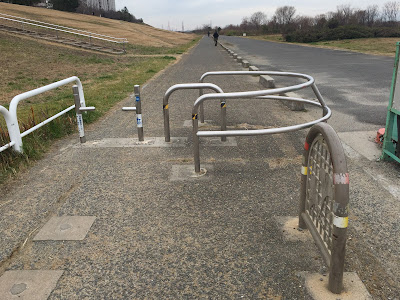 I am really wondering if Japanese car and motorcycle drivers are so eager to infringe the law as to break through barriers everywhere possible. I know that Japanese cyclists are definitely the least law abiding Japanese around (riding on the wrong side of the street, going over red, parking where it is not allowed...), but are car drivers made out of the same stock?


During the ride I decided that at around 10 km in, I would look out for a bridge to cross back over the river and ride down the other side. And yes, at about 13 km a bridge came along that looked like it was crossable by bicycle. I pushed my brompton up, but then looked at google maps and thought, why not ride back along Ai kawa, so I let my bicycle down from the bridge again and went to that other river, which seemed to have a small road along nicely put there for bicycle riding... well, Google maps didn't show me all the industry that was also along that river: 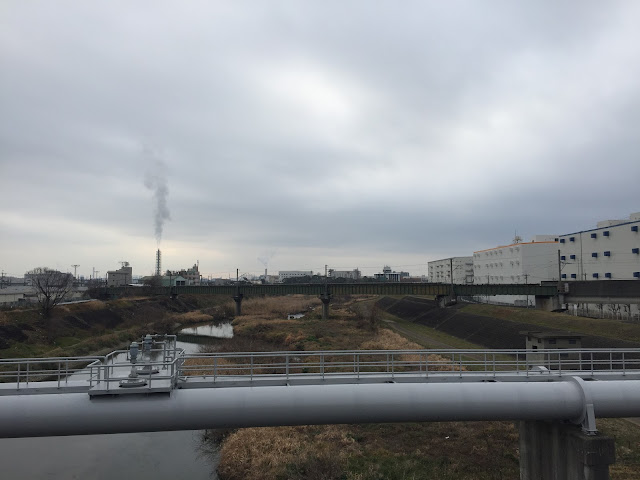 So I came back to my more reliable Yodogawa, crossed over the bridge and then road down back towards Osaka. 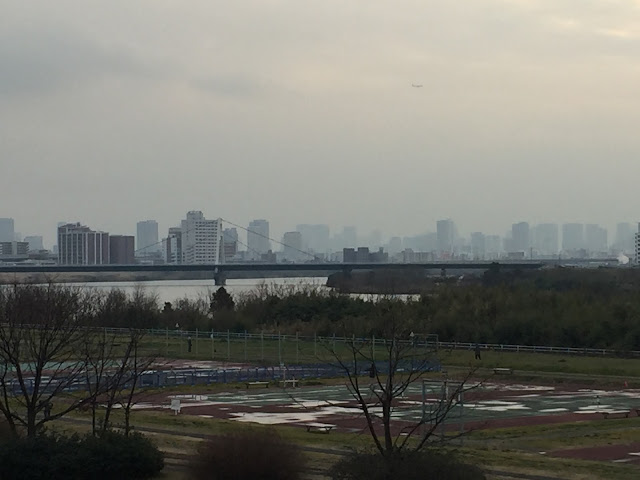 Today I was riding in my new cycling base and jacket and as long as I am on the bicycle and riding, it is nicely warm (it also wasn't very windy today, but cold at about 3 C), but don't stop. But there is a Japanese solution to it, hot drinks from a vending machine: 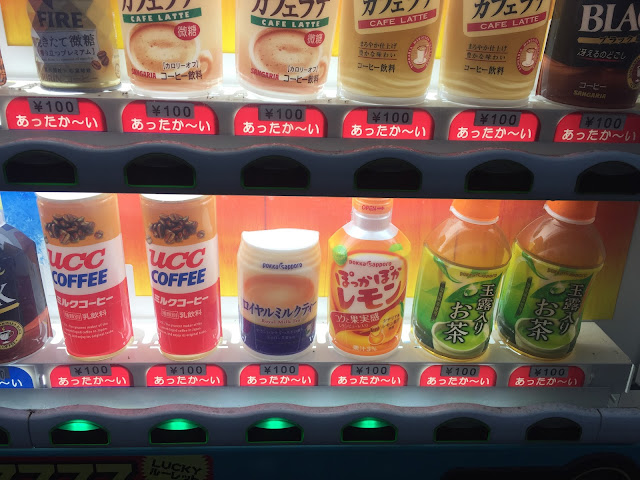 After all the grey, this colourful, redish image was really welcome, and the Lemon-honey drink was quickly drunk. Before struggling on to find my way back to the apartment.