Yesterday riding back from the NPC Onsen ride, the rider who accompanied me until Shinbashi, suggested a ride out of Tokyo to Makuhari and then following Hanamigawa to Narita. Although he mentioned that the cycling road ends around Murakami, when I looked it up yesterday night, it seemed that there is a cycling road all along the river straight through to Tone river. And well, at least until the lake Inba-Numa there is a cycling road.

The first stretch along the Hanamigawa was for sure the most scenic one. 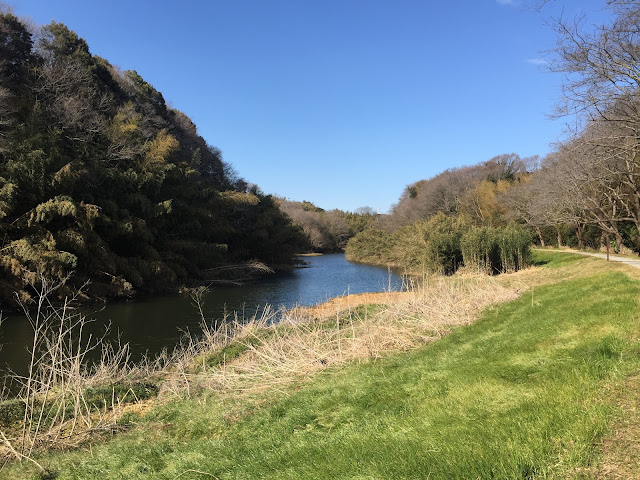 A nearly natural river! in Japan!

And many kilometer later, but not as many as would be reasonable to assume, I was in the Netherlands: 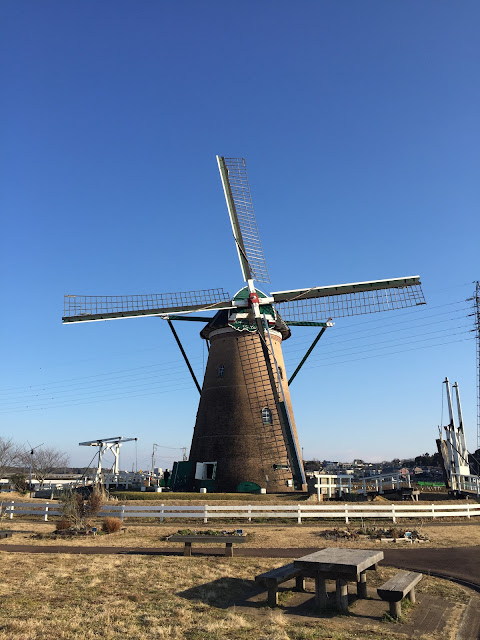 At the feet of the windmill there is also a bicycle rental station.

While riding I was thinking from where it would be best to return back to Tokyo... and found a station called Narita Yukawa (成田湯川). Reading湯川 I immediately thought of onsen... and yes, there was actually one quite close to the station. Actually VERY close to the station, only that there is not yet a direct road between the station and the onsen. There are big works in progress though.

Then onsen was your typical supersento, with a large parking lot which was quite full (but the baths were not) and a very small bicycle parking lot (well, it is in the middle of nearly nothing... so I guess they expect that their guests normally come by car). From the rotenburo I had a nice view of the full moon and also a view into the forest nearby, so actually a much better view than from many other onsen. 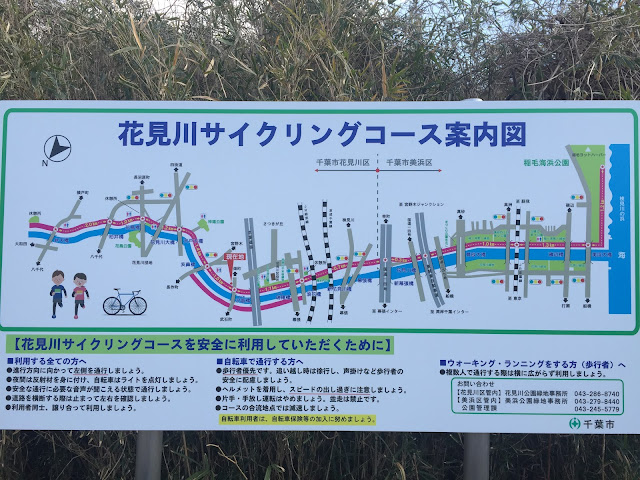 Which was a bit surprising, as the internet page promised something else. So I checked google maps and there definitely seemed to be a continuation of at least some kind of road along the river. I thus road on (on more gravel) and after actually not that much a new, but differently named cycling road, which clearly must be administered by a different town hall started along a continuation of the river (which also changes name...). 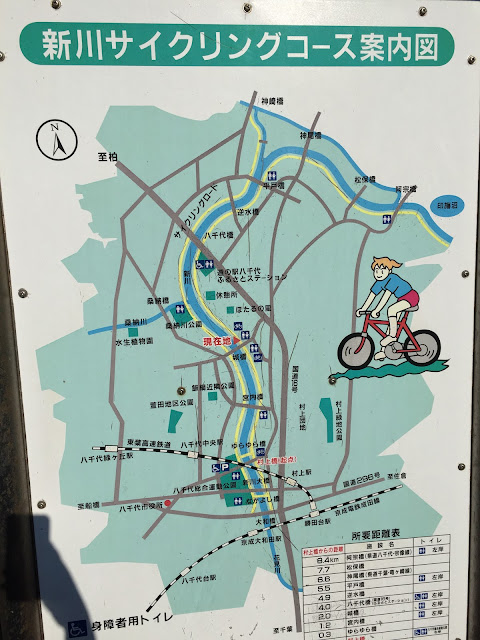 This cycling road was actually of excellent quality. No bollards (like recently in Osaka), well asphalted and used. Even this picture above is not the whole story, the cycling road continue without interruptions towards the last lake from where I then took a deviation on to my onsen of the day. It seems that only the last piece of the cycling road connecting it to Tone river is not yet ready (or at least wasn't when this sign was printed): 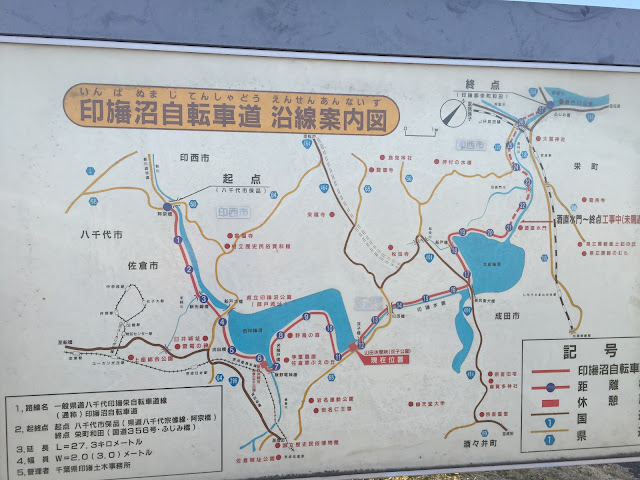 The strange form of the ride is obviously due to the bending river: