This week Saturday was again the 3rd in the month and this meant again a ride with the friends from the Night Pedal Cruising.

We got started at 18:00 at United Nations University at Aoyama as always and rode all the way through Tokyo (Roppongi, Shiba Koen, Ginza, Asakusa) to the Skytree. To take a foto (which didn't turn out to be very good ;-) 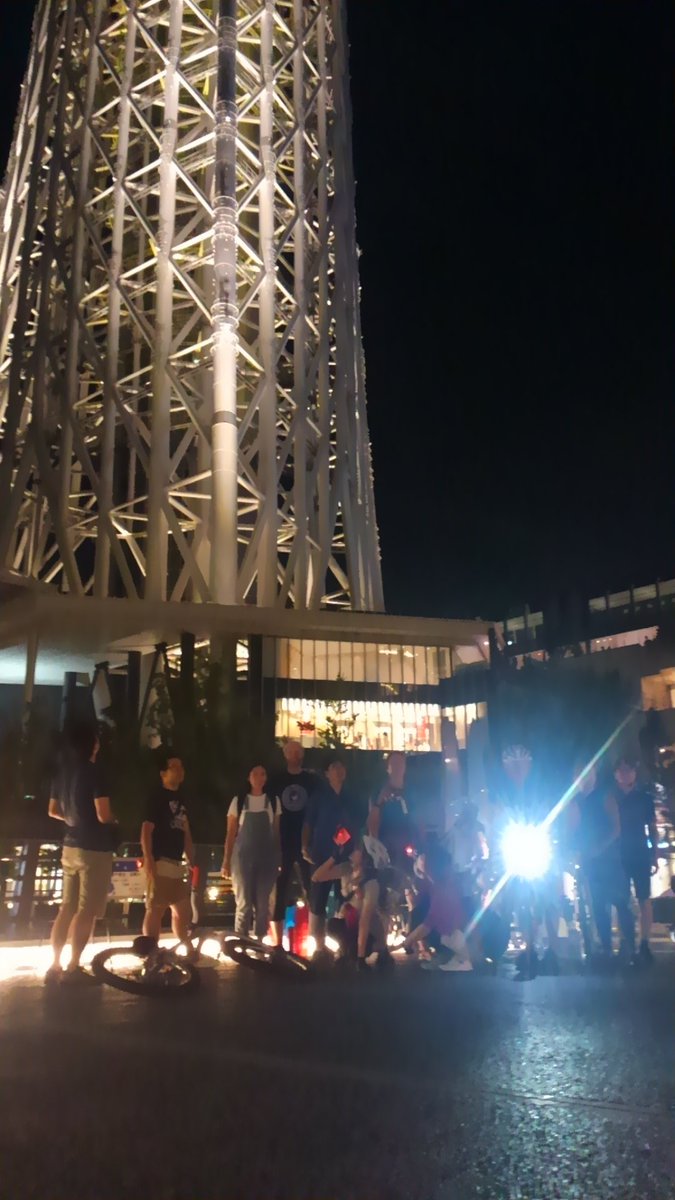 But the ride itself was a lot of fun. Quite long (Shibuya to Skytree and obviously back again, so that finally I only got back at 2:30 am. But we had a nice dinner in a Chinese restaurant close to Asakusa, then some drinks in a bicycle bar close by (and a bit of Tour de France on the TV), before stopping on the way back in Shinbashi at an old school yard and then at the McDonalds in Roppongi for a last cool drink (and more importantly air conditioned stop) before separating and heading home.

Although we rode through the night, it was really hot and the air condition highly appreciated.


This time unfortunately no map of the ride, as my Garmin did somehow run out of battery. No idea why, because it was at 100% when I left home, it recorded well the ride until Shibuya, but once I had stopped it there to record the actual ride, I was no longer able to switch it on again.

At home giving it some new electricity, it returned back to the living world. Maybe it was busy trying to search for a Wifi, Bluetooth and/or satellite? Now I have turned off all these features, but that was a bit disappointing.

However the ride was very nice.

Next month we have Firefly ride on the 19h of August and the Mid-Night Pedal Cruising on the 26th.