Up and down Yodogawa - 淀川に沿って

After the rain yesterday, today it was mostly sunny, a few clouds, but also quite windy. Headwind in the first half of the day, but tailwind cruising back down the river to Osaka.

I had decided to make a ride from a leaflet I had picked up in an onsen (the same where today's ride finished) last time I was in Osaka. The ride in pink at the bottom right going to Uji... only that I added kilometers at the beginning to even get to the starting point, cut kilometers from the ride by not actually riding into Uji and then adding again kilometers by riding all the way back to Osaka. So well, I did a quite different ride, but I did see the place that had caught my attention on the leaflet, Japan's longest wooden bridge: 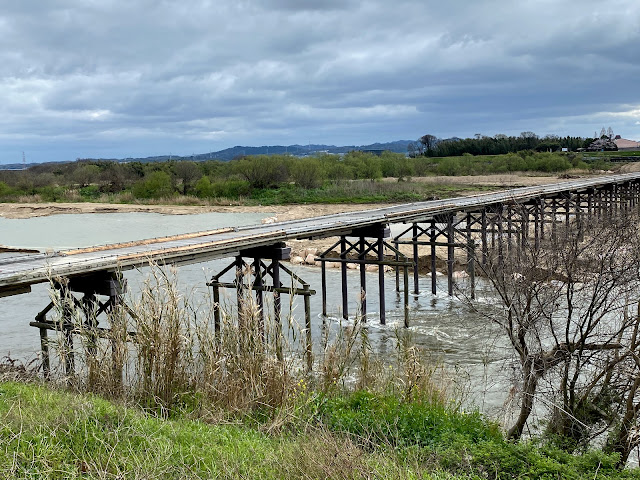 Only that currently it is off-limits, not due to Covid-19, but due to restauration works! So I have a reason to ride there again. Actually riding up Yodogawa and then transferring to Kizugawa means one can ride all the way to Nara from Osaka along a river... but it would be quite a long ride. 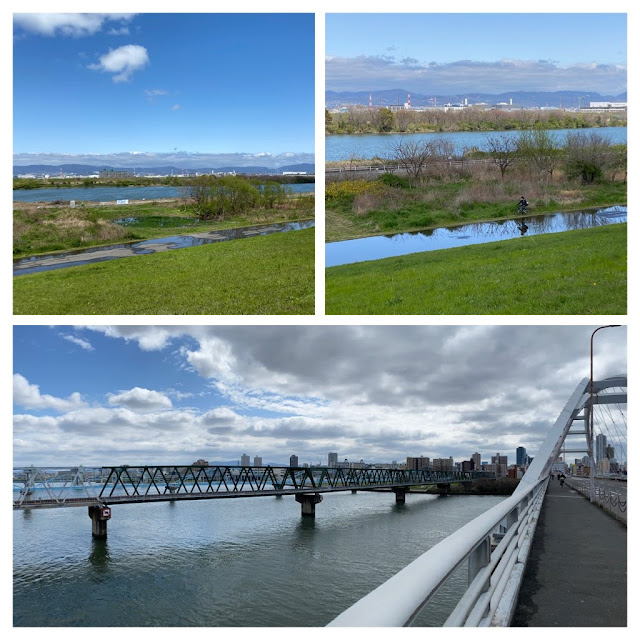 ... at least not until one reaches the confluence with Uji River and Kizugawa, at which point there is a hanami hot spot. In order that it does not become a Coronavirus hotspot, there were only minimal hanami activities today, much to the contrast of last year. But it is also fair to say, that it was very windy and quite cold there, so it wouldn't really have been a good day for a proper picnic anyway. 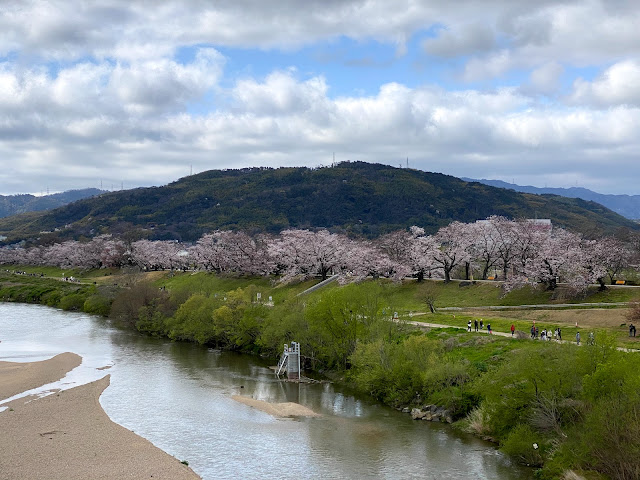 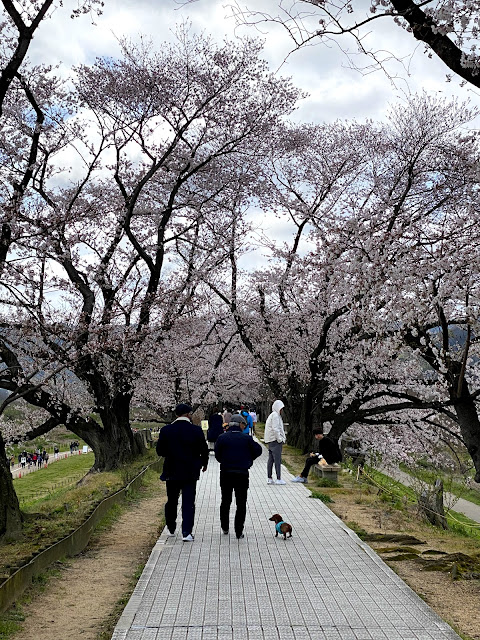 What I always find surprising is the cherry trees in really ugly locations. As a European one would think that it only makes sense to make an effort to plant cherry trees in a location that is at least somewhat nice, but not so in Japan. 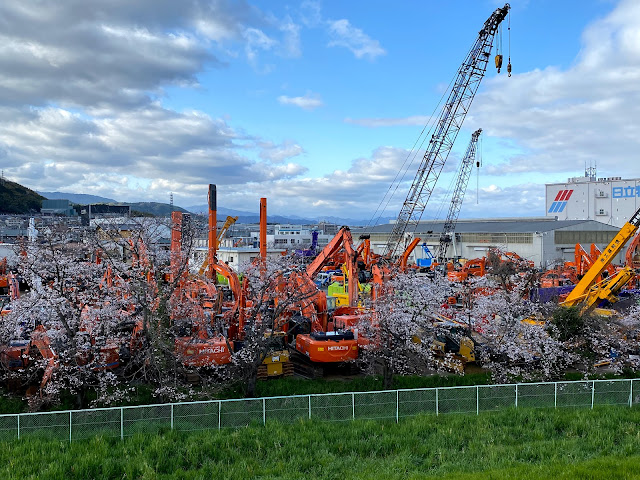 In my very personal analysis, this is a very important difference between Japan and Europe. In Japan the details are admired, but there is no (or at least not a lot) of importance given to the overall picture. It is like Japanese are born with a build in zoom lense, admiring each small detail of the item to admire, but not having any spheral vision to see the surroundings. This is manifested over and over again, when one visits outstandingly nice Japanese places, often it is very hard to take a picture, as there is something really ugly somewhere around. E.g. electricity cables, old buildings, old signs...

Last year I had asked some cyclists at the confluence of the 3 rivers, if one could ride down also on the opposite side, i.e. on the side of Oyamazaki, and they told me know... so I rode down again on the same side I had come. However also last year, I just tried riding UP on the Oyamazaki side of the river, and came really far, so I knew that at least from a certain point onwards there was a cycling lane. And today I can report that there is actually a cycling lane pretty much the entire way from the confluence to Osaka on both sides of the river. However the one Hirakata side is definitely more popular, but I don't really know why. The ride on the other side was very similar. Only getting over the river to the starting point, well, isn't the nicest place of Kyoto: 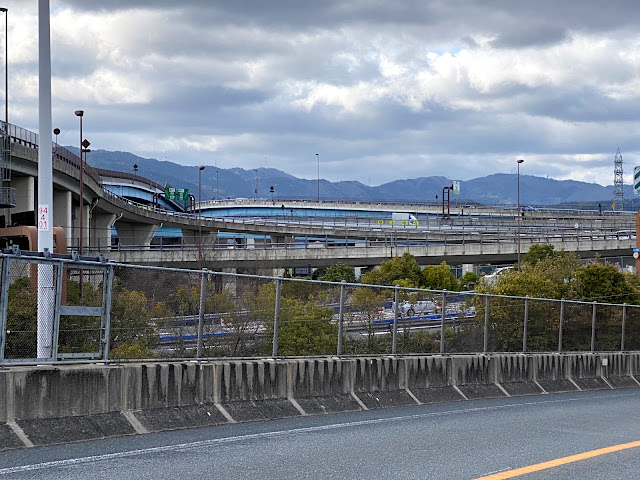 So I saw a nice bridge and an ugly bridge today.

It had rained a lot on Friday and yesterday, so some parts of the cycling lane was very much inundated. and somewhere there, already quite close to Osaka, something strange must have happened. At least now my bicycle gives a very strange noise, as if a small stone found its way inside the bicycle. I'll need to go to the local brompton shop and get a look at it.

Riding into Osaka I got this nice night view, before retreating for the next hours in Naniwa no yu, a super sento I have already visited several times.