Today again our monthly Night Pedal Cruising ride, this time with the topic "traffic safety", as in Japan around the first of April small tents pop up along all major streets informing about traffic safety. One of the attendees even brought along some extra warnvests, which many of us obligingly wore.

As the weather was nice we had again quite a good attendance, including from Meetup. The funniest attendee was probably a guy from 出前館 (demae-can), a food delivery app. He actually didn't plan to attend and only could ride with use the first few kilometers, before he needed to head back to his shop as a food order had come through. But he was standing at our departure point with his bicycle, looking curiously at all the different bikes that started gathering around him... so I thought he might be also a guy from meetup and approached him... but actually he was just having a rest between orders. 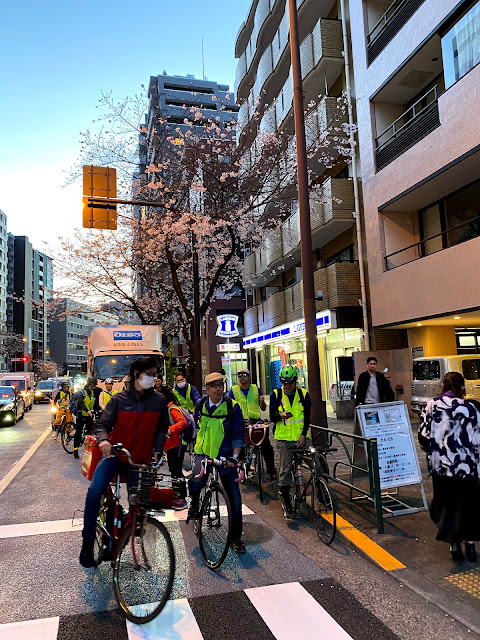 The route today was a bit weird, but we made it down Meiji-dori which was very nice under the sakura trees and to the new train station Takanawa Gateway on the Yamanote line, inaugurated just a few days earlier... in time for the now delayed Olympic games ...

... on to Shiba Koen where we had a long stop and what seemed to be the end of the ride... 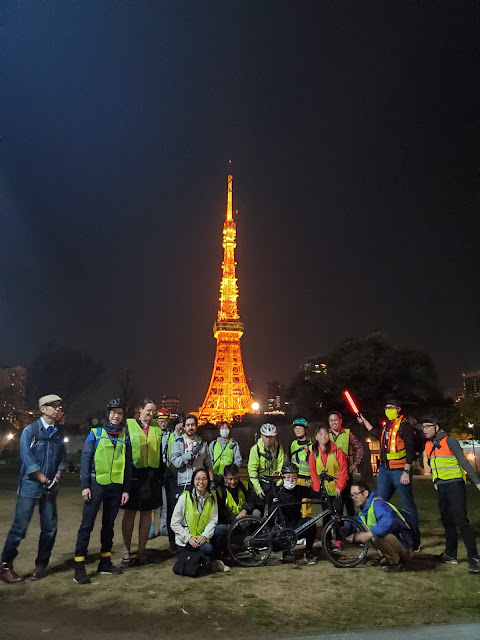