A long weekend, and we are still permitted outside notwithstanding the Covid-19 pandemic, which in Europe is getting from bad to worse and seems to be pretty out of control. In Japan, somehow they decided to try to ignore it as long as possible and they are simply doing very few tests, so there are few confirmed cases. However there are also still quite low numbers of deaths reported. Nothing to compare to Europe, where the epidemic has started much later. Nevertheless the government of Tokyo asked us this weekend to not do any hanami parties, but to enjoy the flowers by walking. I took that to mean that enjoying flowers while cycling would be also very much acceptable.

As I wanted to visit friends who live out in Zushi, I decided to cycle out there. Yet another measure against Covid-19 and pro-cycling. No packed train... no virus!

I used komoot to plan out the route. On some parts however the streets were still a bit too big for my taste. Komoot just doesn't know that in Japan one can use one-way roads in both directions if on a bicycle, plus it doesn't seem to know that while on some major roads there are "cycling lanes", they are simply a line or sometimes only a sign on the pedestrian walkway and get totally ignored by the pedestrians (and cyclists alike). So during the ride I modified it a bit switching to smaller roads, which however made the ride quite slow. But still, I arrived where I wanted to arrive.

For a small part I was even riding on the old Tokaido, for which a few days later I found cycling maps. The part I was riding was right through Kawasaki and right at that moment due to the heat my buttock was not too happy to me... but luckily there was a Y-roads where I got some chamois creme.

I continued on an stumbled over a huge temple entrance and I ventured inwards. It was Sojiji temple. To me completely unknown, but apparently the second most important temple of (one of the many) zen schools in Japan. 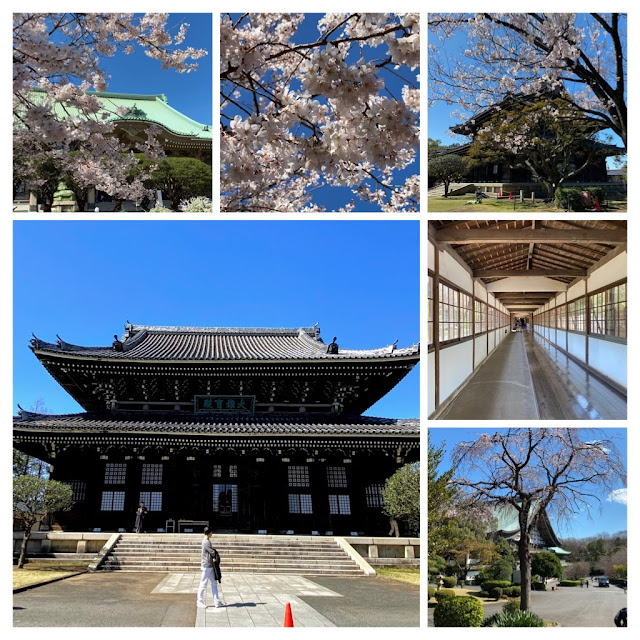 It was a very family like feeling in the temple grounds, with families doing small picnics and playing right in front of the old temple building badminton: 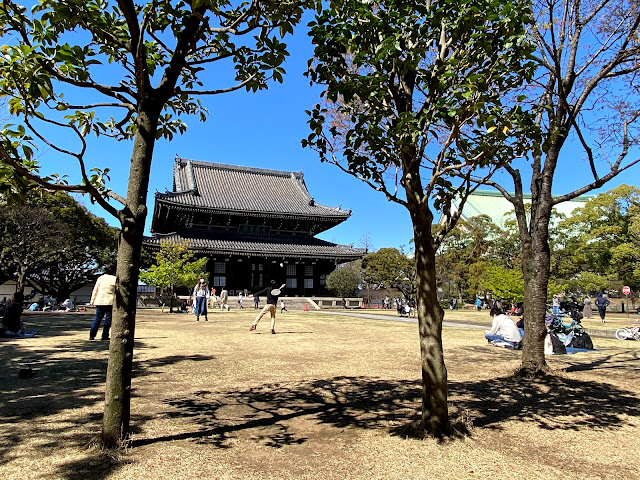 But the nicest part was probably these doors on the temple building, which at least to my completely ignorant eye, looked very much like moroccan doors. 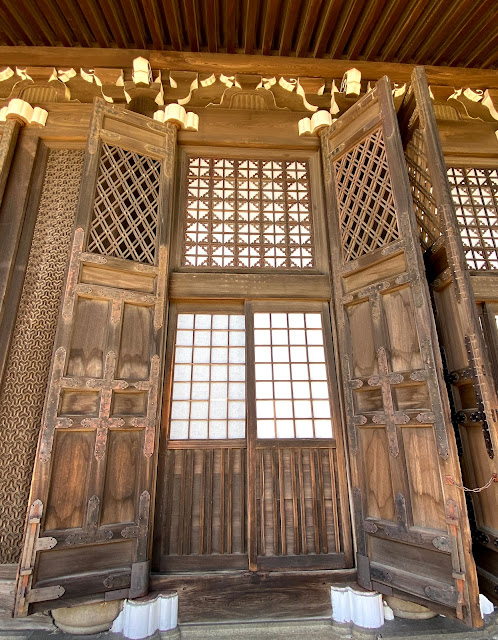 A bit further down, I did ride through Yokohama Minato Mirai... but didn't take any pictures. All these big, grey buildings... somehow not easy to take pictures of from a small bicycle. Maybe some future weekend from Tokyo a ride to Minato Mirai might be an option.

But today I continued on. A little bit later at a conbini I picked up some lunch items, and looked on my map to see if there was any park nearby. Not really, but I found one, which was more a sports ground than a park, but still, some green and some place to sit, have my simple lunch and then ride on over the hills to Zushi.

In general the ride was not the nicest, simply because it goes through cities all the time. I probably shouldn't be surprised knowing that I road through the biggest metropolitan area of the world (Greater Tokyo area with nearly 40 million inhabitants) and three of the Top-10 cities of Japan in the same day: