Day 25 - Mano to Ogi and on to Naoetsu 真野から大木経由で直江津へ

Today my bicycle tour brought me over the hills between Mano and Ogi and through a slightly different landscape than the previous days on the coast around Sobama beach.


Today my last day on  Sado, was also the first that saw some hills. I started after a late breakfast in my B&B in Mano and off to Ogi, behind the hills. I had however planned a route that would include the least ascent possible, which as you can see above was still 360 m on 27 km of cycling.

Specially at km 14 I was in doubt if I should just follow my plan and roll again down all the ascent I had just made or if I should just continue on the main road. I decided for following my original plan, and this was a great idea. I turned into a small road and for the rest of the ride I was practically alone, no cars, no cyclists, not even pedestrians. 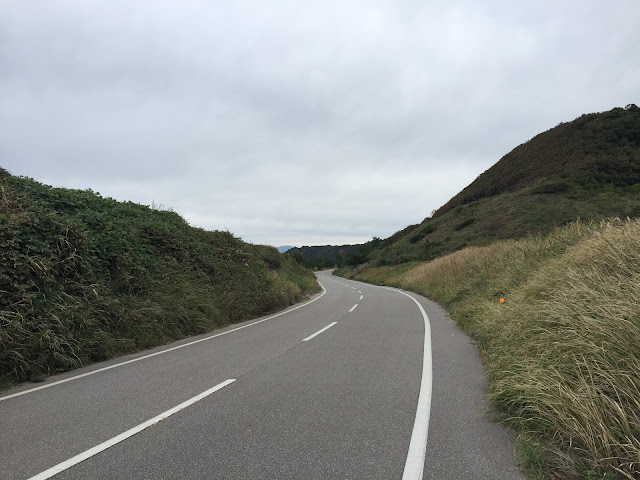 Also the landscape had changed. No more paddy fields, but some green beach-type vegetation. In the higher parts also a lot of small vegetable and fruit gardens. Mostly kaki fruits, but I also saw lemon, mandarins and even a banana plant.

Speaking of beach, well, Japan is everywhere very clean, except on their beaches: 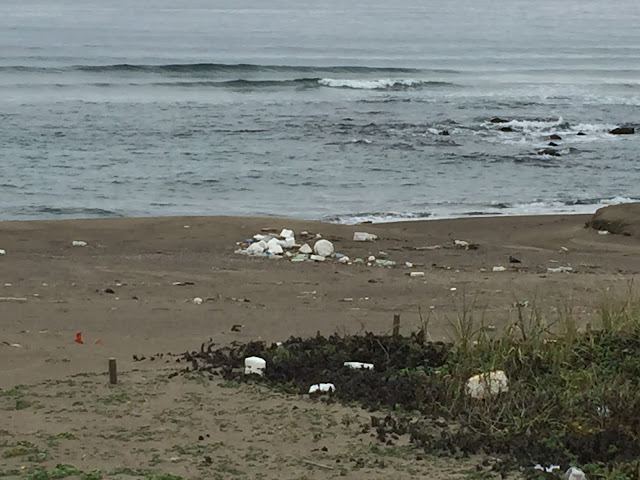 I guess they simply don't get cleaned and while everywhere else that might work, because Japanese do not produce a lot of dirt, with the sea bringing plastic and other rubbish on the shores that doesn't work. It adds probably to the fact that Japanese are not a beach loving nation, so cleaning the few beaches isn't a high priority.

The villages on this side of the island, facing the open Japanese sea, were small and hidden behind high fences to protect them against the wind. 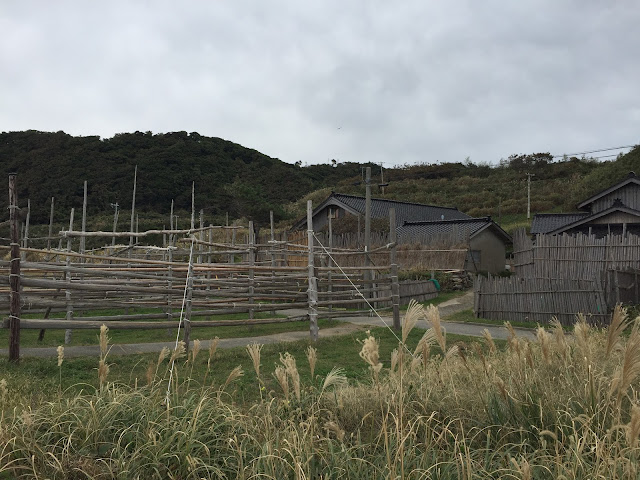 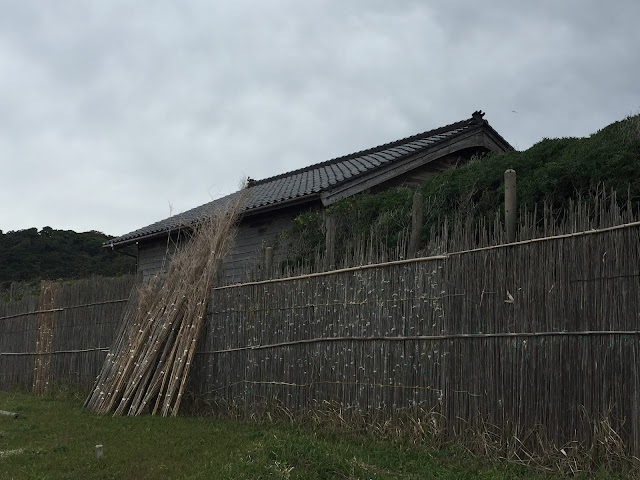 At km 19 I made it up the hill, mostly pushing the bicycle and came over to the other side of Sado, from where I had a nice look onto Honshu. 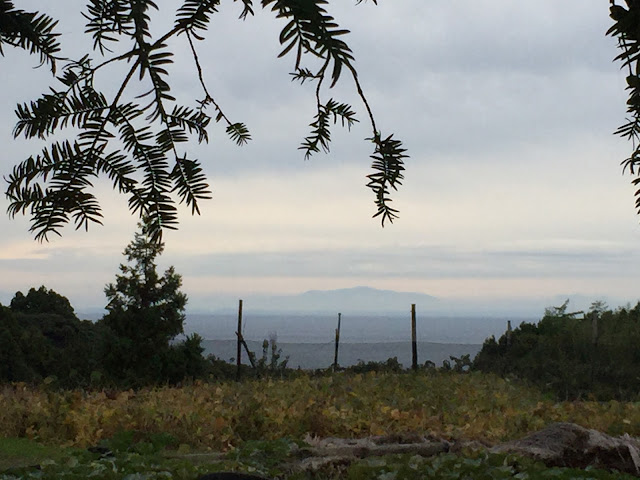 Originally per my plan I wanted to ride a bit to the West on the coast, but at this point it was rather cold, so I rode down to Ogi and got some tips at the tourist information, where to find a hot meal and, more importantly, a hot tub. At this moment it also started to rain a little bit more in serious so I made a rapid dash for lunch and then off to the onsen.

Ogi onsen is a small onsen both for the neighbours but also for tourists, which even has a facility where to stay overnight. At the beginning the water was feeling a bit too lukewarm, but I stayed in for a long time and finally got heated up, so I could even make it outside to the rotenburo, which was even more lukewarm, but staying close to the entry of the hot water was okay. Overall I think I spent at least 1 h straight in the water soaking. Then without any haste (nor rain) back to the port close-by on onto my car-ferry. An enormous and very quick ferry, that is practically empty. 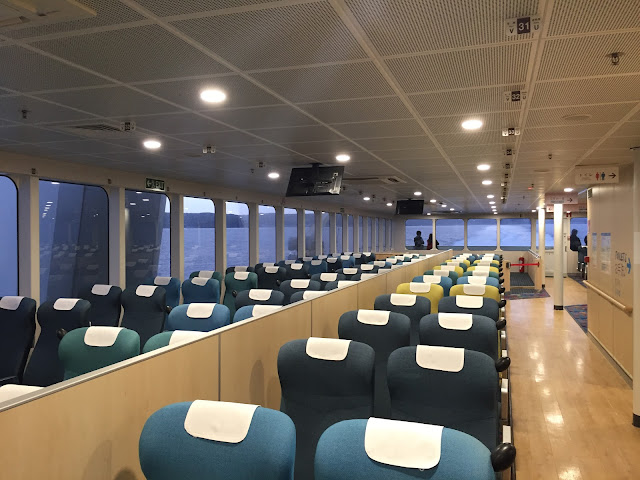 This concluded my side trip to Sado, which turned out to be much longer than initially thought, thanks to nice (or at least rain-free) weather, nice landscape and rain practically everywhere else. 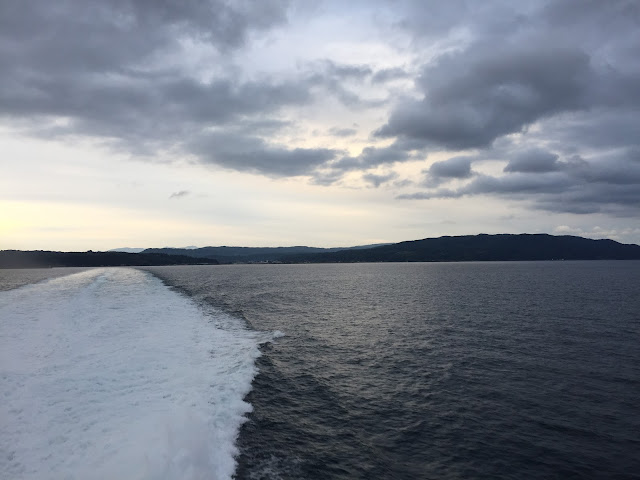 What I didn't do in Ogi, is to ride one of the round, bathtub shaped boats. Apparently very typical tourist attractions of Sado. 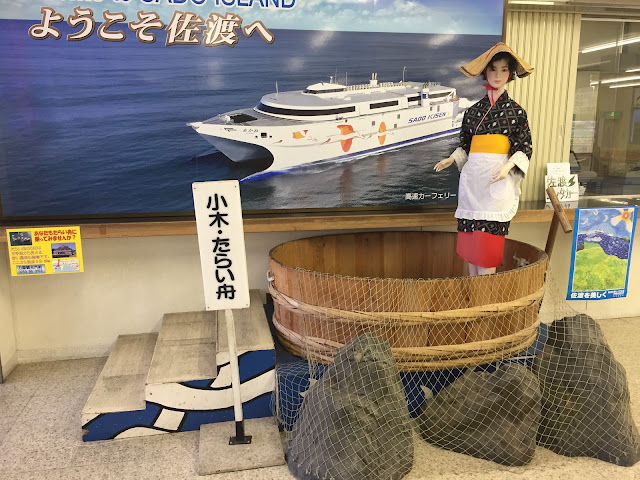 Now back to Honshu and some more onsening tonight, as I have booked a hotel with a pink onsen.

Well, the hotel itself is in something like a shopping mall area, but it has an onsen with two different tubs, one with relatively hot, but still bearable water that is full of Chinese herbal medicine and the other one even hotter with other herb in it. The one with the Chinese herbal medicine in it smells a little bit like sitting in a big cup of herbal tea or soup. I guess it is super good for your skin and your body in general. It was good to have this hot bath, as the hotel room unfortunately does not have (yet) any heating. Although this autumn seems to be the coldest in Japan since 43 years! Which is actually quite a problem for the continuation of this trip. Not so much the cold in itself, but rather the rain. Even now looking at a 10 days weather forecast it is raining practically everywhere except some part of Tohoku and Hokkaido. There are a few days with less rain or no rain in some regions, but then the next day again rain, so not a lot of sense to travel to such a location only to find after one day more rain and cold.

But well, no need to decide right now. Tomorrow the weather here should be still fine and then off to Kurobe gorge and some more onsening and sightseeing without the bicycle.


And just for completeness, here the ride from Naoetsu port to my hotel.