This blog post describes the early morning and explorations on Osorezan and then the bicycle ride to Noheji along the Mutsu bay in Aomori.


Today started with a wake up call at 6:00, right in time for the morning prayer session at 6:30 in the main temple of Bodaiji. The temple itself seems to have been constructed very recently, but it has a history of over 1000 years and apparently is one of the 3 most sacred places in Japan. However there were only 4 monks, plus us who stayed in the shukobo for the night and a few additional people who came up to Osorezan early in the morning. They also had ordered commemorative stelae for some of their deceased family members.

Here on my way to the temple: 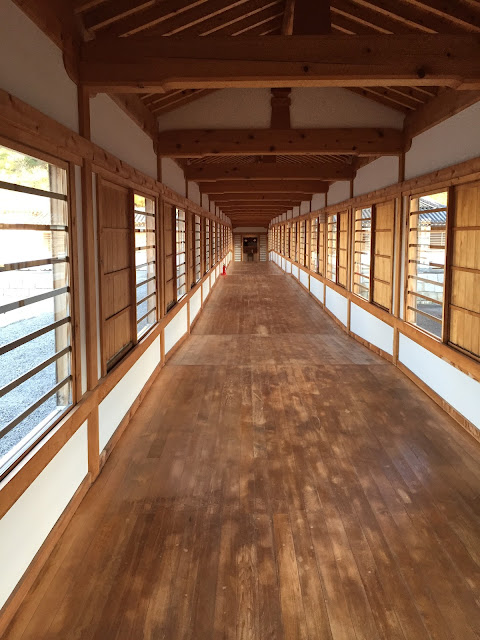 After the morning service we had a few free minutes to do a quick walk through the temple grounds before breakfast at 7:30. Again, it was okay, but nothing spectacular. The best thing was probably the kiwi which was very tasty.

Coming up on the previous day by taxi, I had decided to go down by bus again. Essentially there is first a quite long ride up and then a quite steep ride down. And steep rides down aren't so enjoyable either. Also the road was wet and looked kind of slippery. And well, there is a convenient bus that leaves at 10:00. So that gave me 2 hours to explore the temple surroundings, take a lot of pictures and finally have a last bath.


Per the legend the place had been selected about 1000 years ago by a Buddhist monk, because it symbolized so perfectly the buddhistic ideas. 8 mountain peaks around a lake = lotus flower, which is a symbol in Buddhism, smoke from the volcano = hell, a nice beach on the lake = paradise, etc. 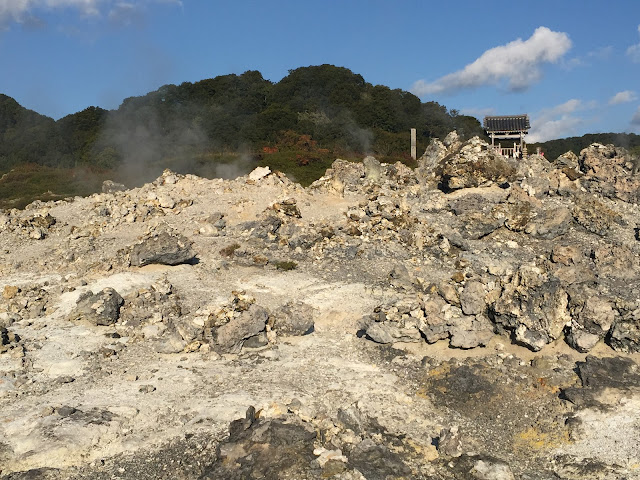 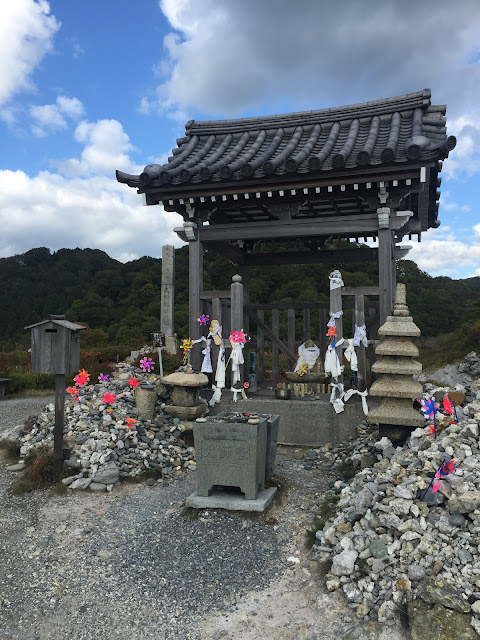 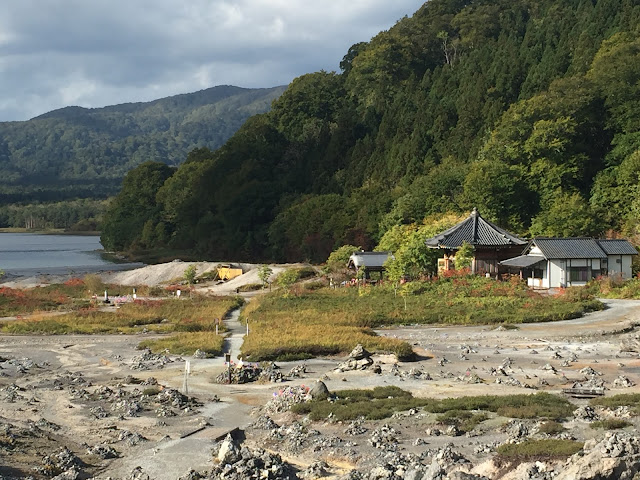 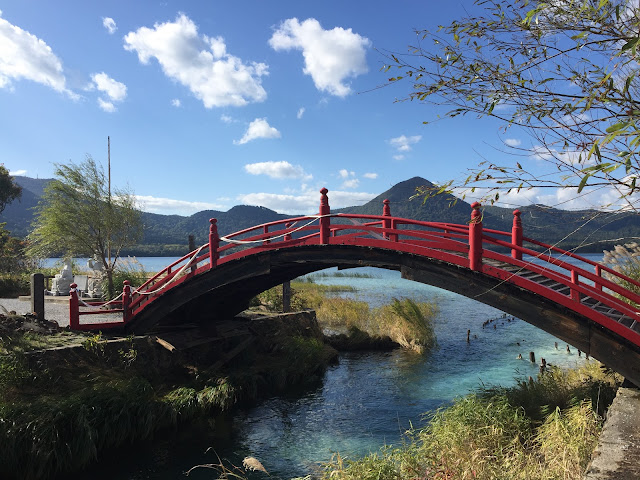 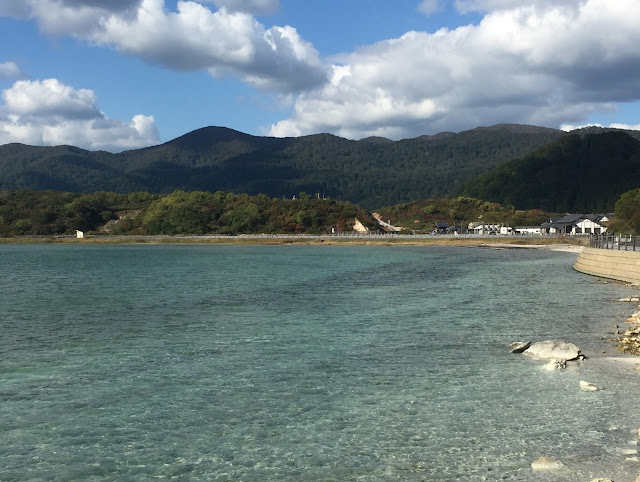 After this sightseeing trip, an other quick dip into the water. Well, we call it "water", but actually it is a hot acid: ph 2.4 ! But very enjoyable. 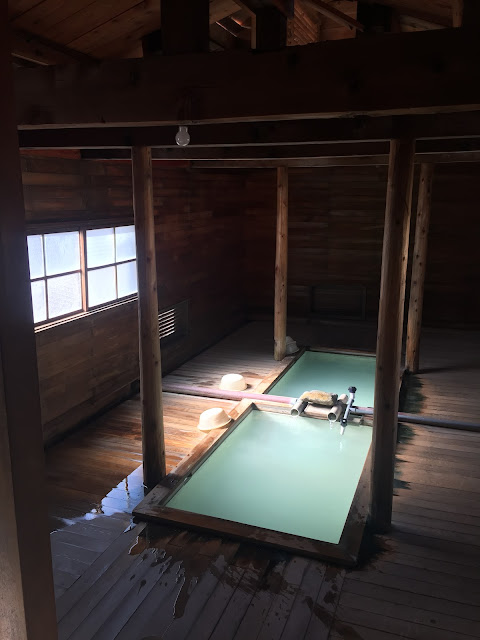 Yesterday (Day 13) and today on the volcano were also the first time I used my closed shoes. Here with yellow stockings, perfectly in match with the volcanic sulfur: 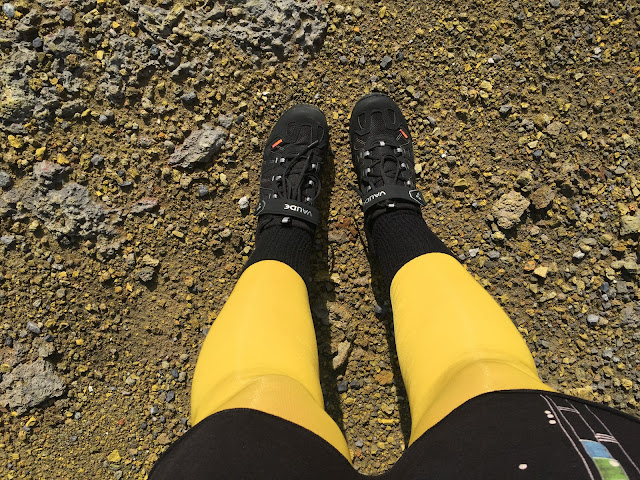 (However for the ride today I was back in sandals and short sleeves for most of the time.)

And here the bus that took me down from Osorezan to Mutsu: 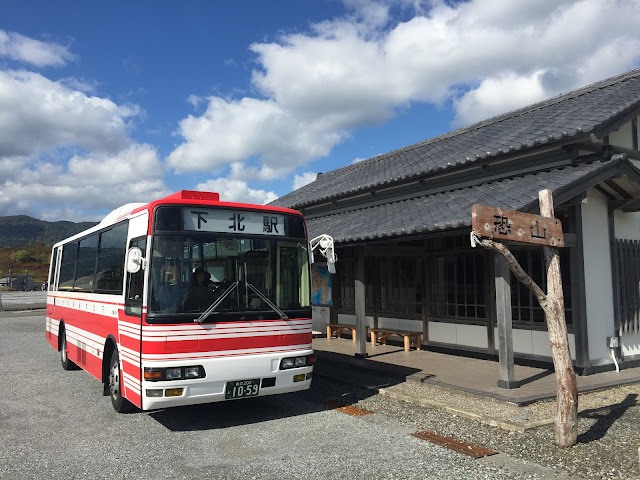 As the internet in the shukubo was not very stable, I hadn't been able yesterday to organize tonight's accommodation. So the second thing I did once in Mutsu was to find an accommodation for tonight. (The first thing was to have a second breakfast with some baumkuchen that I had left over and a pack of milk). Initially my plan was to ride to Rokkasho, stay there for tonight and then ride on to Hachinohe tomorrow. However, I have been unable to find accommodation in Rokkasho, although there were quite a number of hotels / ryokans etc. available on the lakes. I called to some of them, and in some nothing was available any more, in one - per their web page - only male customers were allowed, and in one, although on the phone they told me that a room was available, when it came to spelling my name, he said, that no foreigners would be accepted. I have to admit that this felt very bad and I was a bit shocked by his reaction (and also by me being so shocked at this). So after not being able to secure a lodging for tonight in Rokkasho I looked at alternatives, and saw Noheji on the map. And here, I found an accommodation.

The ride from Mutsu to Noheji was okay, but not specially nice. There were some part, specially from Mutsu to a bit before Arihata, (minute 50 to 1:44 in the below Garmin map), where there was quite heavy traffic on the street. It is true that they are building a new express way, so hopefully one day this will be better. A bit before Arihata however there were parallel running "farmer streets" which were very quiet.

These farmer streets essentially brought me into Mutsu-Yokohama. Place where I thought it would be easy to find something for lunch, but although I crossed the entire village, the only available lunch was at the road side station... So there I went and had a late lunch.

Then I continued on to Noheji. Again that part of the ride partially was on farmer streets and partially on the main road. However by then all the heavy traffic was on an express way, that must have started somewhere after Mutsu-Yokohama, so traffic was okay, even on the main street.

I don't remember why originally I had made the plan to go to Hachinohe instead of Noheji when leaving the Shimokita peninsula, but it might have had to do with the continuous up-and-down that I encountered specially between Yokohama to Noheji. It didn't help that the wind that had been tailwind yesterday had turned into headwind today... or maybe I had turned...

Although the street runs along the Mutsu bay, there weren't a lot of places where one could see sea and mountains: 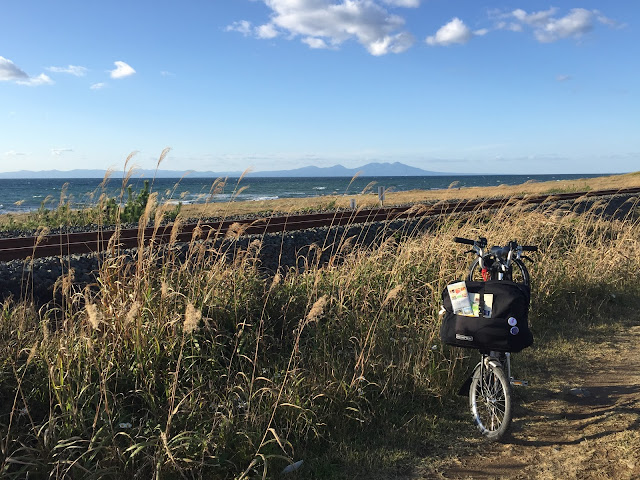 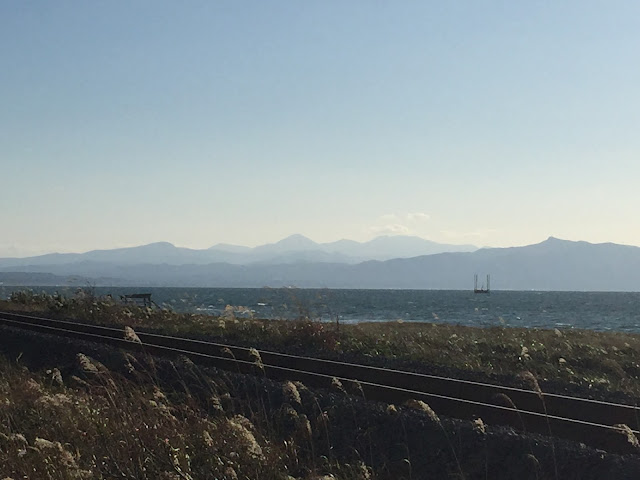 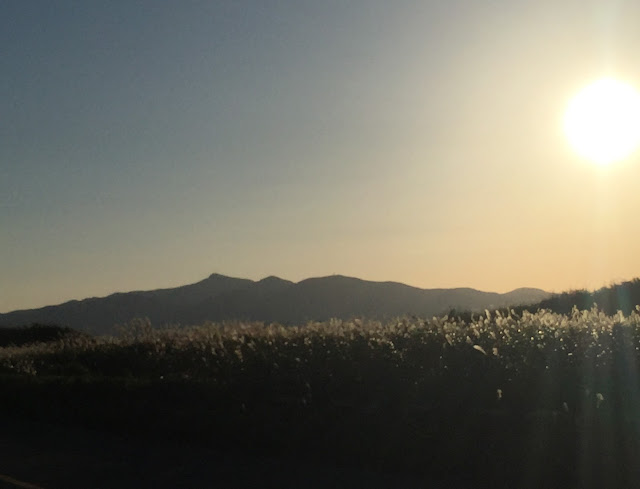 After some, for me, considerable up and down I reached Noheji and my accommodation for tonight. 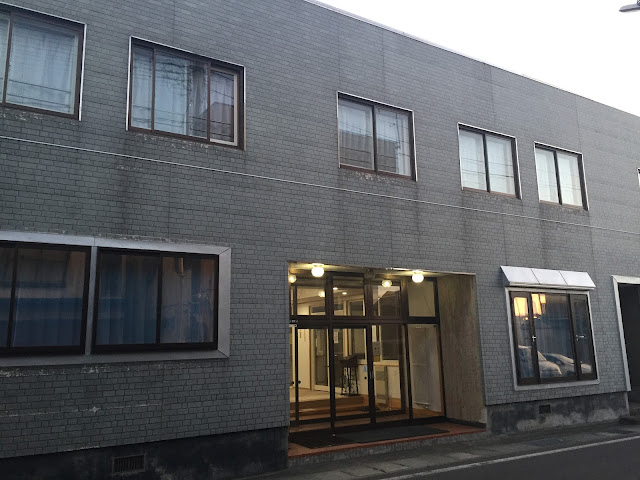 It might not look especially welcoming from outside, but actually inside it is all very newly made. I took a Tatami room and now I am stretching out here on my floor writing. The other amazing thing about this room is the number of sockets: 12 in total! While normally Japanese rooms have a terrible lack of sockets. Not so in Noheji.

They also suggested an izakaya just in front, where I now just had dinner: 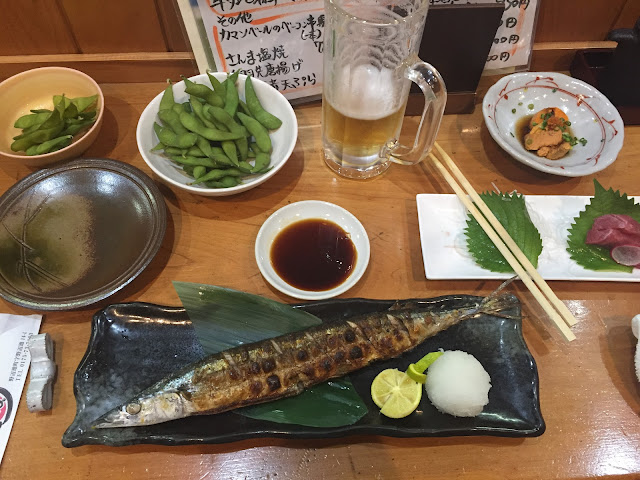 As I ended up in Noheji, where I hadn't planed to be, I looked at my options for the next few days, and finally decided to do some short ride tomrorrow (weather should be perfect) and then up to Tazawako, as the next days there might also be rain, so better to be in an onsen town and soak.