Today the weather cleared up and I used the day for a bicycle tour around Lake Tazawa which was very scenic, specially the shrines on the shore seemed to be constructed with future photographers in mind. The day ended in yet an other onsen in Nyuto onsen.


After all the rain yesterday, today it was sunny and warm, perfect cycling weather. I started the day riding down the hill, well probably mountain is the better word for it, from my hotel to Tazawa lake. I needed to stop several times along the way down, to allow my hands to relax, the breaks and wheels to cool down again, and well, in order to take pictures! 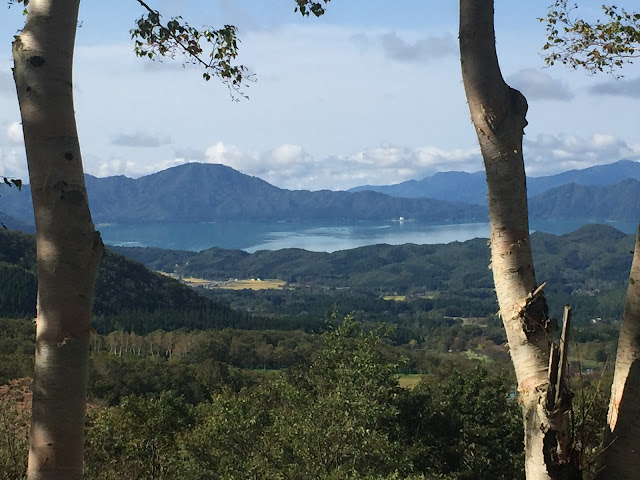 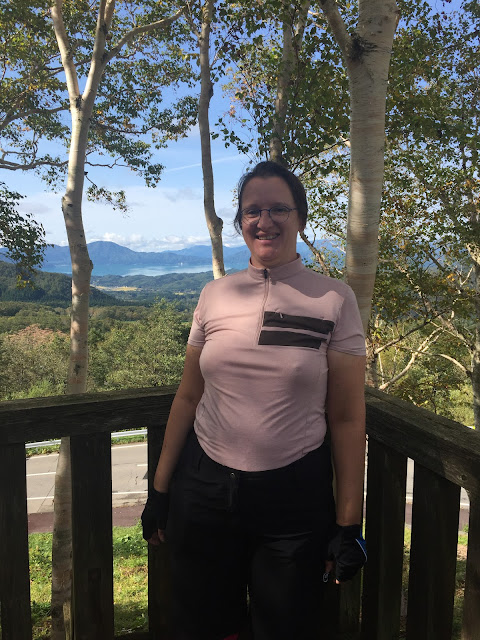 Once down at the lake I took the road in anticlockwise direction, which allowed me to ride always on the lakes side. My Garmin course however wanted me to ride the other way round, so it protested from time to time, but frankly, there is no way to get lost around that lake. I would say that the ride for about three quarters is very flat, only on the last kilometers prior to reaching again the partition point there is some up-and-down. The road in general was either inside a forest, or forest to the right, lake to the left. So very scenic. 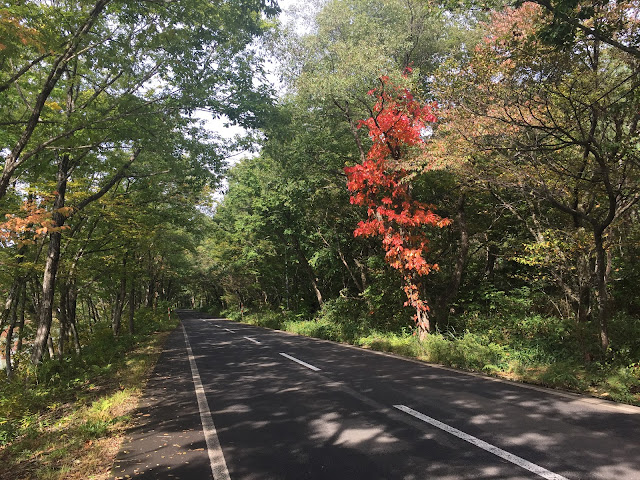 Right at the partition point there was a beach and some swan shaped pedalos on the lake: 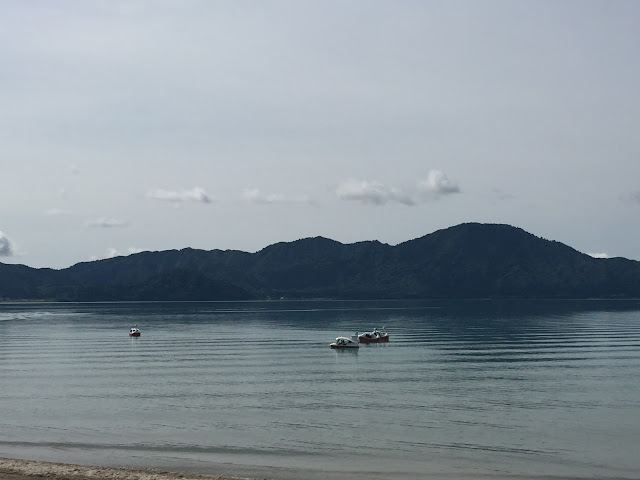 One of the first attractions, was a shrine with a torii on the shore (but not inside the water). 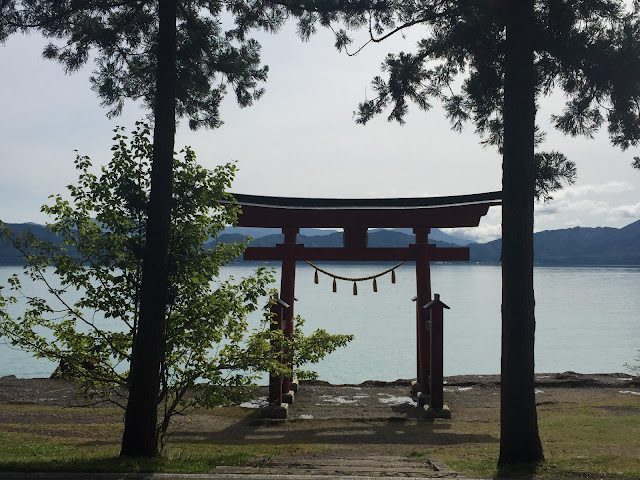 Close by, but up a steep hill there is a stone which seems to be venerated: 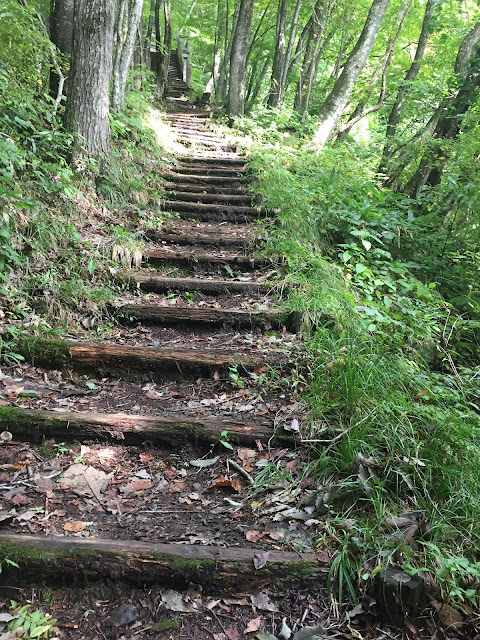 After the long climb maybe not everyone sees the rock, so the tourism agency has put a sign right beside it. 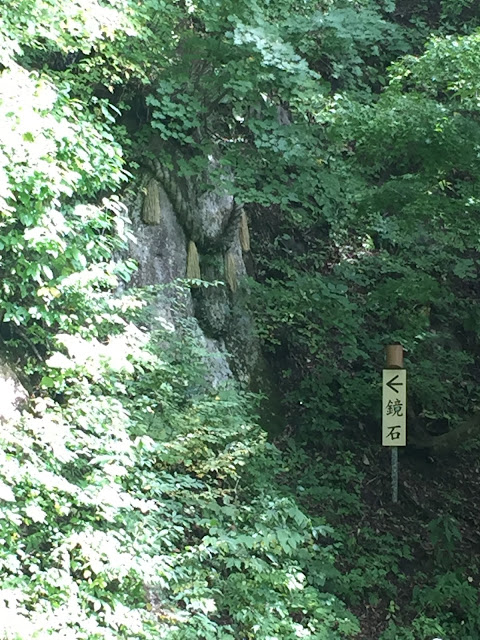 Here some more pictures of the lake, as the road opens to different panoramas while riding. 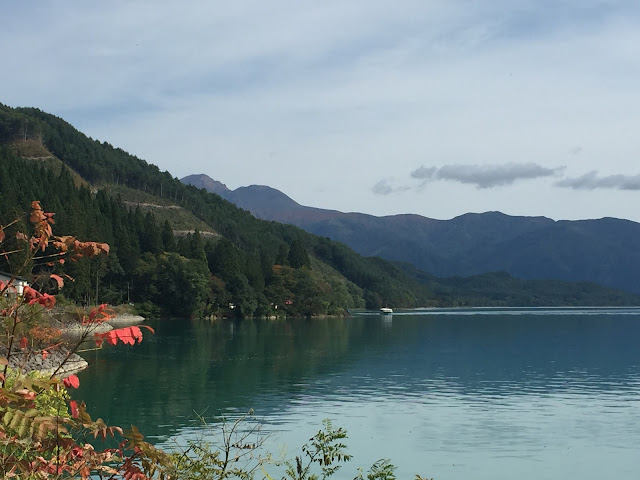 Overall there was not a lot of traffic on that road, although it was Sunday and perfect weather. The only exception was the area right around Tatsukoso たつこ像, this golden statue in the water: 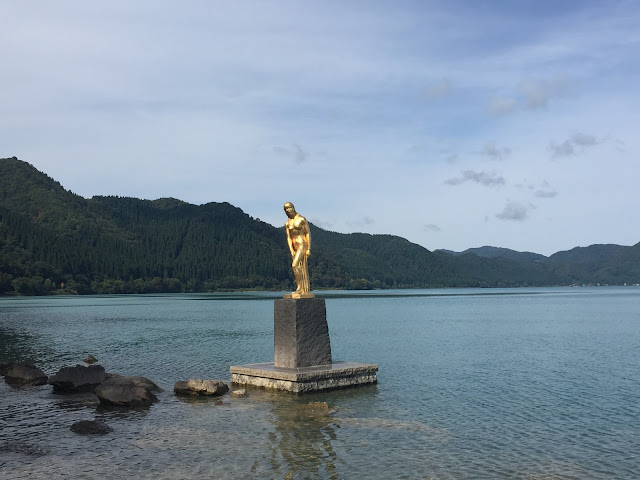 This was THE touristic spot of the entire lake, with a large parking lot and buses coming with loads of tourists. However it is also a place for a few nice pictures: 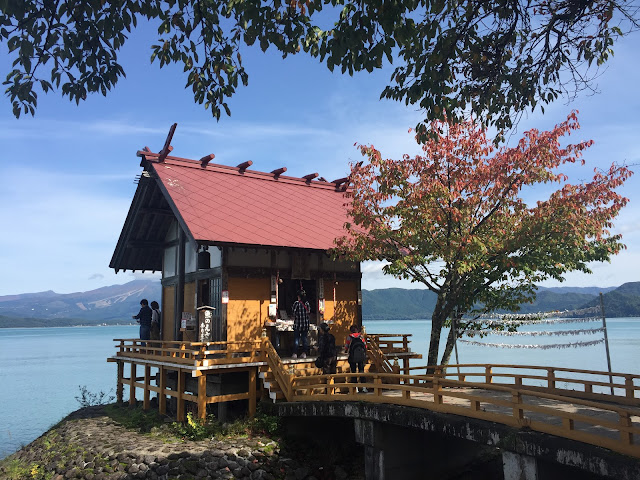 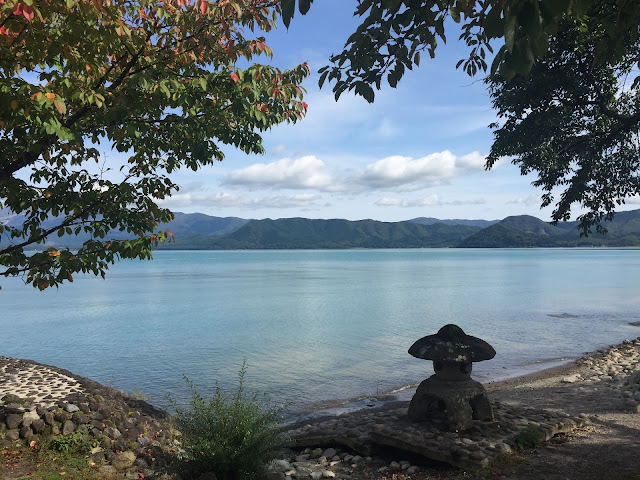 Today I also encountered other cyclists, albeit "only" day trippers. There is a bicycle rental outlet close to the "entrance" to the lake and some people did rent bicycles there.

Apart from these cyclists, in all these days, since I re-started in Iwate prefecture on day 7, I have seen only 2 other touring cyclists. Two Westerners close to Osorezan. While in the week in Hokkaido, I saw about 10 cyclists per day, no cyclists, except local traffic in the last 2 weeks. Maybe it is later in the year and maybe it is also much easier to meet other cyclists on the one and only road running South from Wakkanai than elsewhere in Japan, but not even in Tono valley, which seems to be relatively famous as a cycle destination nor today around the lake, did I encounter other cyclist travelers. But I am not feeling alone ;-)

At the golden statue above I looked at my options for the continuation of the day and decided to make it back to Tazawako station and catch the 14:20 bus up to Nyoto Onsen, for a soak in an one of the famous onsen up there. Time was a bit short, well, actually finally it wasn't and I had about 30 minutes at the station which I used to grab a quick lunch, so I made my way around the second half of the lake rather quickly, including the up-and-down I encountered on the last kilometers prior to returning to the lakes entry.

A posteriori there would have been even less reason for haste, as the bus didn't run directly from the station up the mountains to Nyuto Onsen, but did actually come to the lake first. But well, some additionally kilometers also apart from the lake were okay. 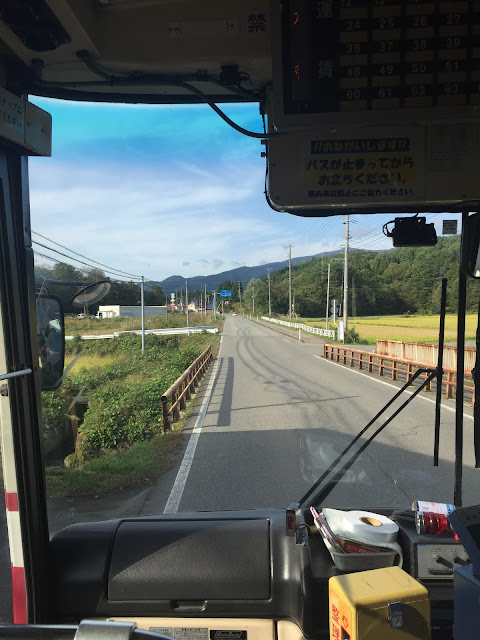 Up in Nyuto Onsen I opted for the Ogama Onsen, as it is open until 17:00 and has two female-only outdoor pools. 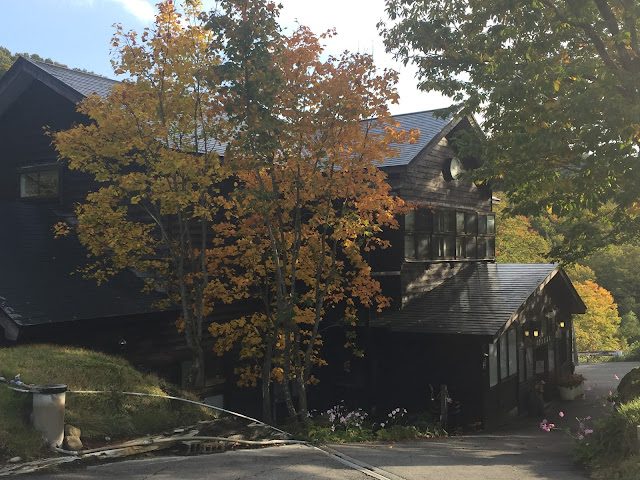 Unfortunately the water in the rotenburo (there was really only one, not two, as the second one was kind of closed) was sooooo hot, that it was hard to enjoy it. Even the Japanese ladies were only able to withstand it for a few minutes before giving up again. So finally I did not spend that much time in the onsen, as I might have wished. But still, it was nice to sit naked and thoroughly warmed outside in the nature.

Up in Nyuto Onsen already the first signs of autumn colouring could be observed, but it is still a little bit too early. 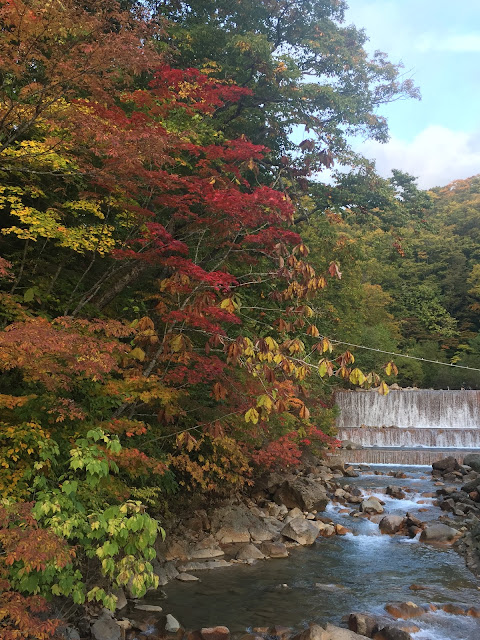 Today concludes my stay at Tazawako. Tomorrow I will ride down all the way to Kakunodate.