This "ride" wouldn't really be worth a mention, weren't it for being the last meters in Osaka for who knows how long and a very strange trip back to Tokyo.

Already when I came from Tokyo to Osaka quite exactly a month ago, the shinkansen wasn't specially crowded. Then there were about 2 people in each row. But nothing to compare to today, when there were maybe about 5 - 10 passengers in the entire wagon. (But this wasn't the most empty train I would experience in Japan... but for that you'll need to check my final post from this trip to Japan). When I took this picture a few minutes before departure, me and my brompton (in the middle of the aisle at the very back) were still the only passengers in the entire car, but a few others did make it in time for departure. 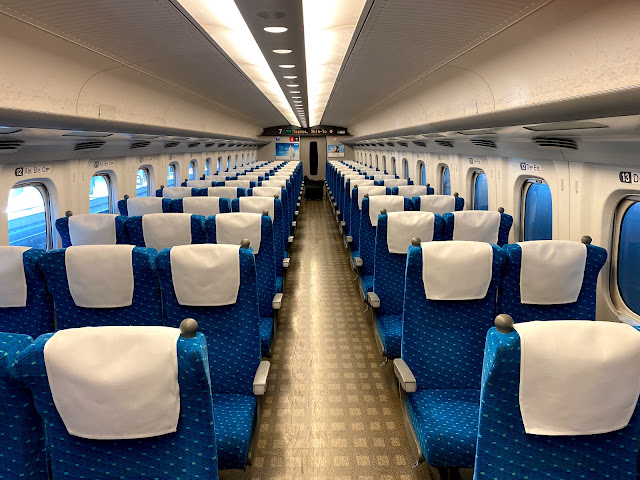 From a bicycle perspective, I did ride with my brompton T-bag full with those things I would need in the last days in Tokyo to a bicycle parking lot close to work, in the later afternoon picked up the bicycle, which at that moment was being admired by a fellow cyclist, folded up, hopped on the shinkansen and over to Tokyo. In Tokyo this time I went until Tokyo station and from there to my normal hotel in Shinbashi area. This time not room 707... but the neighbouring 706. Also okay. Actually slightly better as it has a little bit more space in the entrance section, so a bit more space to park the bicycle. Otherwise 706 is pretty much the same as 707.

Another mental note, is how nice the area around lake Biwa looked in late April, still with quite a lot of blooming sakura in the hills around the lake. So for next year definitely a good place to have some more rides in late sakura season.

In Tokyo when getting off I took this very empty picture of the platform. I guess normally only after the last shinkansen has left, the platform would be so empty. But no, there is one shinkansen to the right that has just arrived from Osaka and one on the left that is just going to depart versus the North. Both with minimal amount of passengers. So few, that the conbini on the platform was closed. 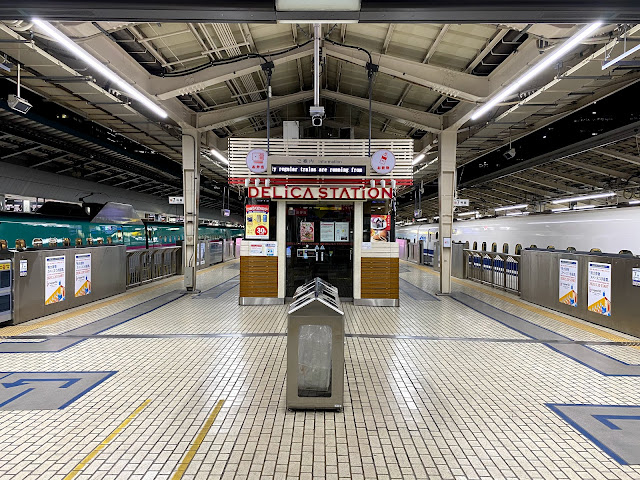