Today my explorations of the region around Tone river continued. I started at the Ashikaga Flower Park... but only there realized that actually quite close to my hotel there was the Ashikaga School, the oldest education institute in Japan, founded over 1000 years ago... and thus older than the oldest Bonsai I saw yesterday!

But I started at quite young plants today. So fragile that they need a personal hut for each single plant: 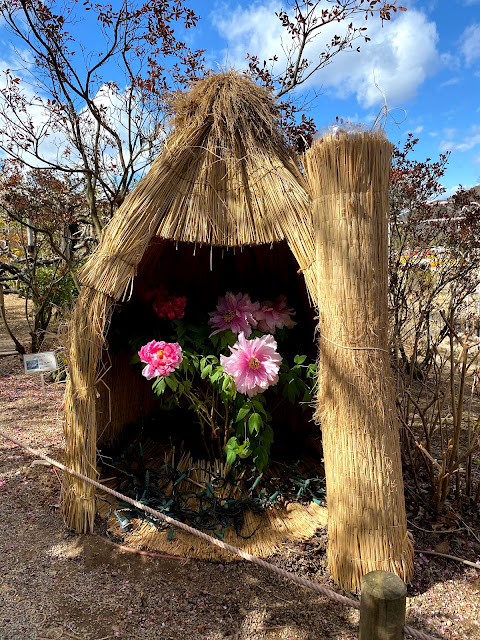 Apart from these flowers only some plums (?) were flowering. The main part of the garden was still pretty bare. But I can't complain. The garden is well known for its wisteria... and well, they don't bloom until about May. Now the wisteria trees were still completely barren and in the process of getting pruned. 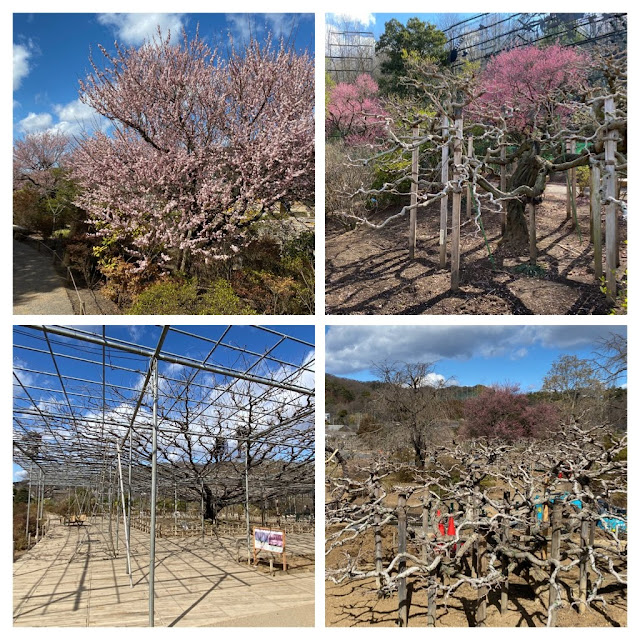 I was lucky though that I had picked up a free entrance ticket at the hotel, so the visit didn't even cost the 300 yen the other visitors paid. This garden uses a very intelligent ticket price policy. The more flowers bloom, the more expensive the ticket. I think 300 yen was the minimum... but even then they realize that they don't get that many people to visit the garden, so they offer free entrance as well with a coupon.

When I planned this ride the other day, I planned it in this region here solely because it seemed the only region with 3 days without rain (and so far, so good). So when I searched for what to do, I started with only two places I had vaguely heard about: Ashikaga Flower Park and Omiya Bonsai Art Museum. But 2 places to do tourism in 3 days, seemed a bit too few, so I looked at Google maps to see if there are any other places suggested to visit. 3 sprung up for today, and I integrated them into the ride. 2 out of 3 were fabulous. And the remaining one a bit deluding, but after 2 very nice discoveries this was not set-back at all.

So the first Google maps discovery was the Kurita Museum. It is very close to the flower park, just on the other side of the rail track and has very large grounds and on those grounds many different buildings, some modern architecture, some traditional...

... but the important part is obviously the art exhibited. It is a vast collection of only 2 types of Japanese porcelain: Imari and Nabeshima pottery. Actually mainly Imari pottery. A type of porcelain manufactured in Kyushu that was vastly popular with the European aristocracy even way before the Meiji restauration. Some of the pieces were of sublime quality. Like a simple dish, decorated to look like the inside of an open umbrella. Others were much more complicate, like a stylized description of the Tokaido invariably arriving at Nihonbashi. But there are also plates with maps of Japan (always excluding Hokkaido which at the time was a faraway island, inhabited by some strange indigenous people), like this one: 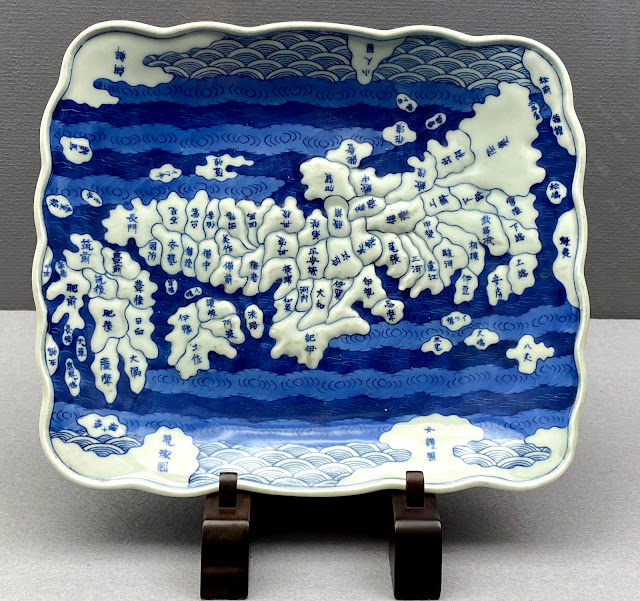 And well, slightly too large vases. Possibly made for the booming export sector of Imari pottery. 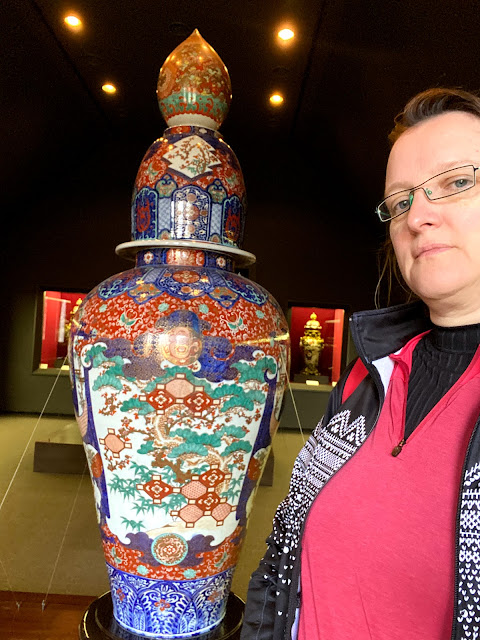 The museum was also nearly empty. I think in my entire time in the museum, I only saw an other 3 visitors. And this emptiness does really not pay tribute to the wonderful pieces of pottery exhibited.

After so much museum it was time for lunch, which I had very close by in a restaurant, that must be teeming with people at the time of the wisteria flowering... but now was completely empty. But I got a hot bowl of curry Udon, which gave me some warmth and strength, which was needed seeing the fierce wind, which I had to endure riding to my next place found on Google Maps: Izuruhara Benten Pond. 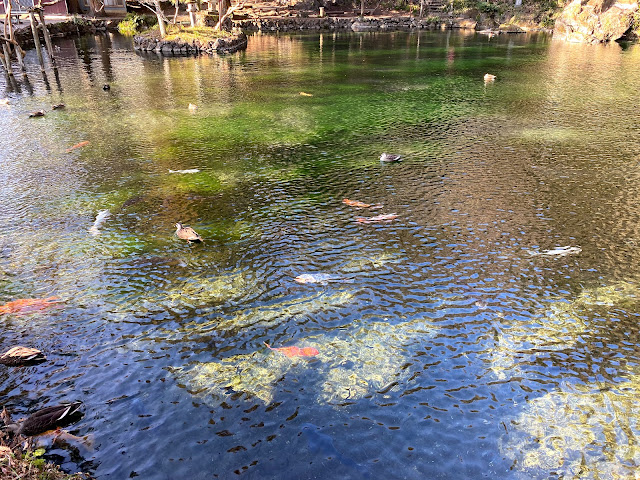 I had been considering during lunch if to ride there at all, as I was quite tired from the ride yesterday... but decided to give it a go, and that was a great decision. Not so much because of the pond (however per an explanatory sign it is one of the 100 best waters of Japan (to see? to drink?), but because of the shrine that is right above the pond: 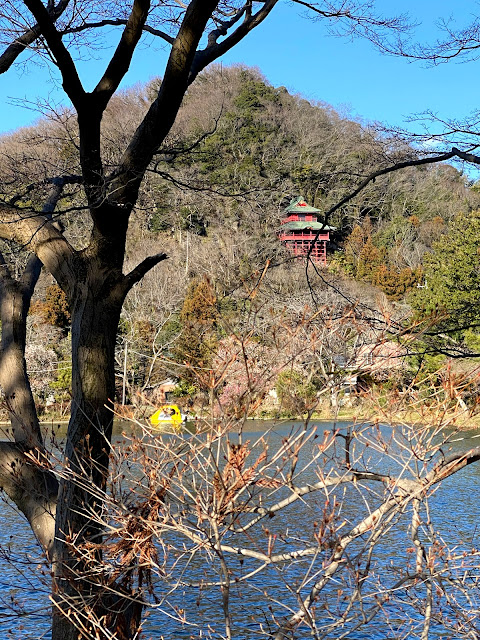 And from which one has a reasonably wide view over the valley: 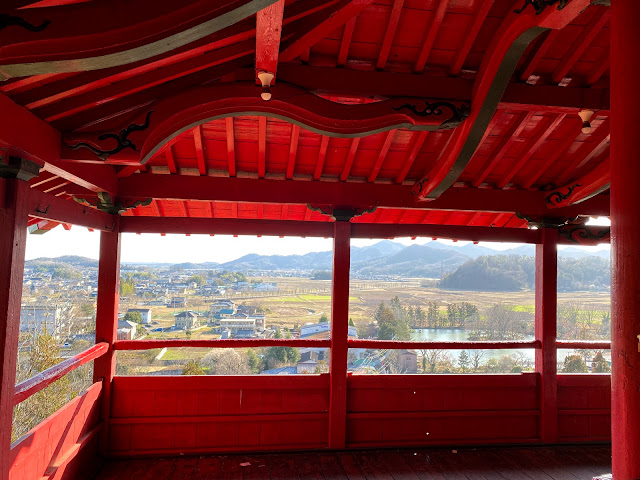 This was really totally unexpected.

The place is a little bit touristy, and surprisingly has some descriptions in English. Not sure if that's because they are quite new (and maybe there is a drive towards including English in all newer signs), or if this place really attracts that many foreigners. Definitely not today, as I think I was the only foreigner I have seen the entire day.

Apart from that it was a nice ride through the countryside, which however is not totally romantic, as we are reasonably close enough to Tokyo and in a valley full of train connections, that the towns are generally well, typically Japanese... which means a lot of new and semi abandoned buildings, factories etc. But yes, countryside was nice enough, and even had some more modern historical remains: 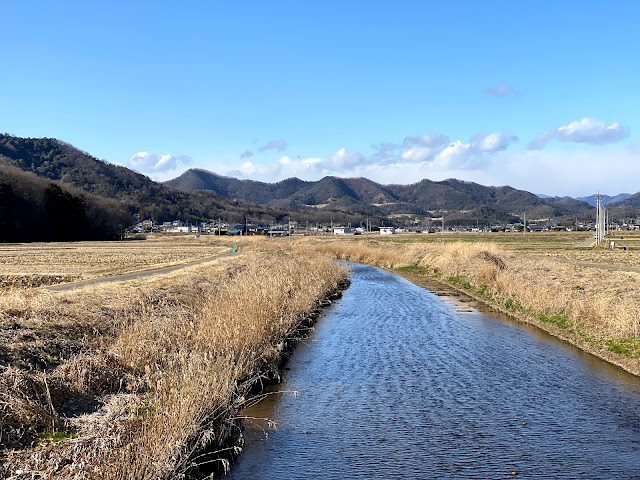 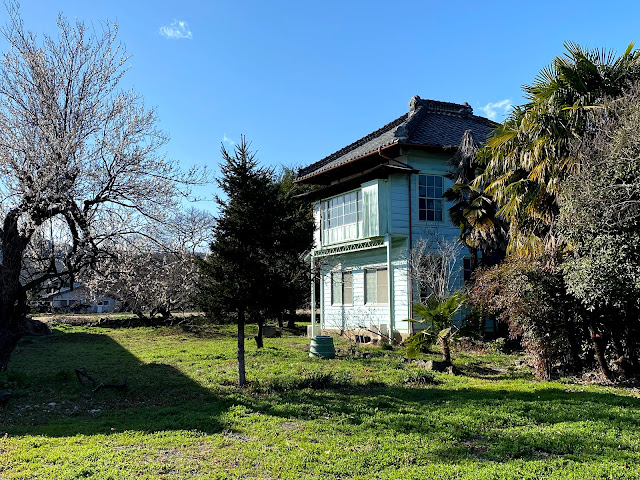 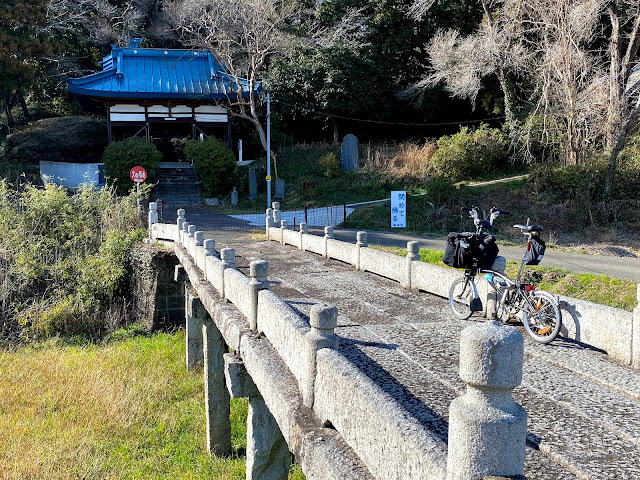 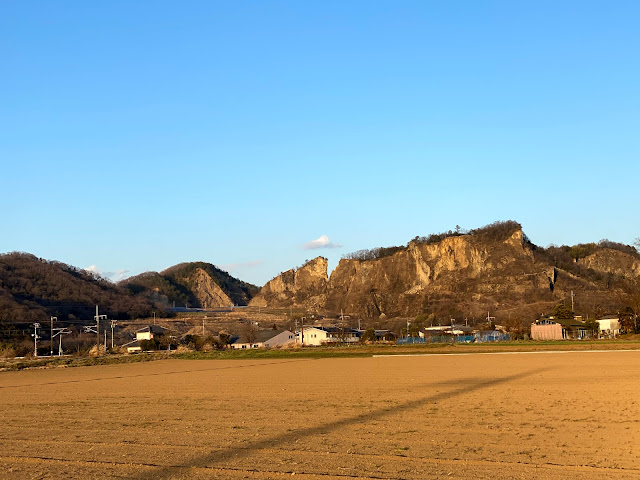 Until I came across a field with a very small creek where in the middle of the field 3 old ships were parked. Really strange. How had they come here in the first place. Definitely not because of a tsunami... but I cannot even imagine that it had been because of some freek inundation, as there is simply no river close enough by, to wash ashore these ships. Mystery! 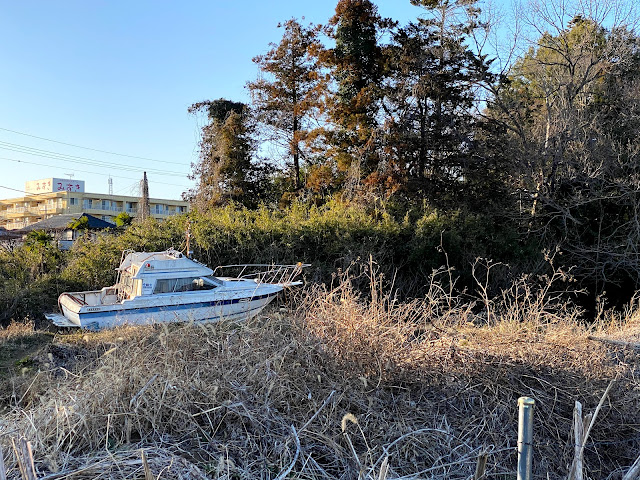 Only the third place that I had found on google maps did delude a bit. 新町薬師堂 (Shinmachi ? Yakushiji) It just was a small temple hall. But I think it is somehow historically important. But unfortunately the sign was in Japanese only. But no problem, it was on the way I needed to take anyway, and as said, I had already 2 unexpected discoveries today.

From there I rode into Tochigi city, where I will continue with my explorations tomorrow, last day of this long weekend.

Today finished in a sento here in Tochigi city. The goldfish sento, and there was a real basin of goldfish, that one could observe while soaking oneself. Very relaxing. 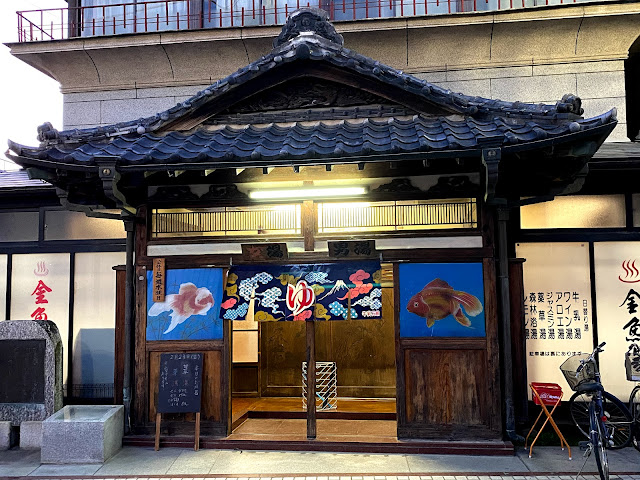 And finally I had Italian dinner in a place right in front of my hotel in an other historical building, probably from the Taisho or Showa era: 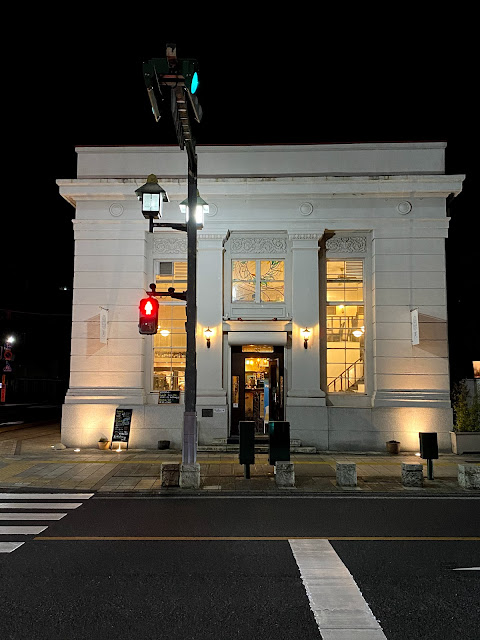