Day 57 - Fukuoka and back to Tokyo 福岡から東京へ帰る

The very last day of this trip by bicycle, train, bus, ferry, plane, taxi and on foot through Japan, did not see a single kilometer on the bicycle... but many in a plane


Although this travel through Japan was about bicycle travelling, at least mainly, today on my very last day, no bicycle riding involved at all, as it was raining outside quite intensely and cold: 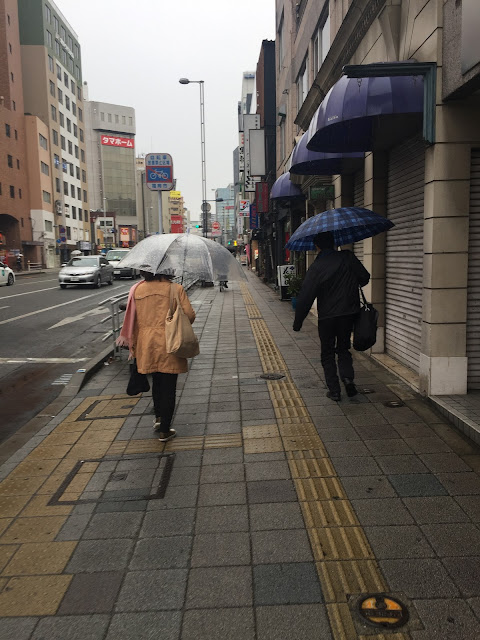 After considering my options, I excluded to make a last minute splash to Toto toilet museum in Northern Kyushu, for being simply too far from Fukuoka. Looking at my other museum options closer to Fukuoka I found the Fukuoka city museum and took a bus there.

It was actually a quite good, modern museum. Somewhat similar to the Edo museum in Tokyo, with lively exhibits explaining the history of Kyushu since prehistoric times until today. There was also a good English audio guide and also many of the descriptions in the museum were in English. So I think it was a good option what to do on this rainy, cold day.

I made it back to the hotel in time, to catch a cab to the closeby airport and then off my brompton and we back to Tokyo.