Today a relatively leisurely day with a short ride into central Fukuoka after a nice visit to a very nice zen garden and some Sumo in television in preparation for tomorrow.


The morning I spent very leisurely in the onsen of my hotel, alternating between the 3 rotenburos. While during the night it must have rained, by the time I was sufficiently washed the sun had come through. I didn't have a lot of touristic plan for today, as I was in Dazaifu early this year and had already seen all the major sights. But I remembered a very nice zen garden in a temple close to the main shrine, so I visited both.

At the shrine there were again a lot of families with their 3, 5 or 7 year old kids. I think there were actually no 7 year olds, as today was a school day and most kids looked smaller. 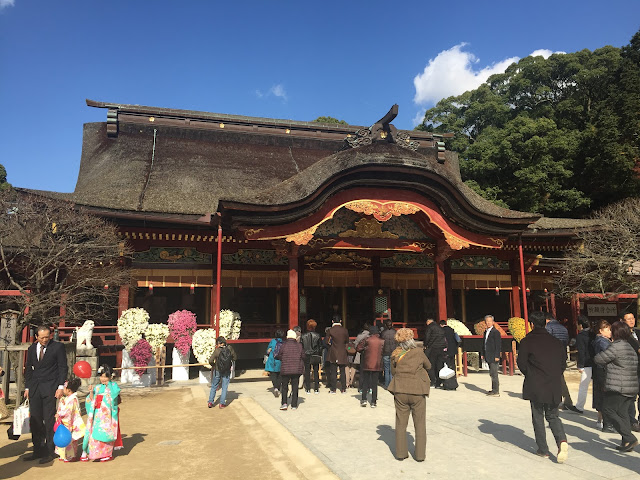 To the shrine leads a pair of very typical bridges: 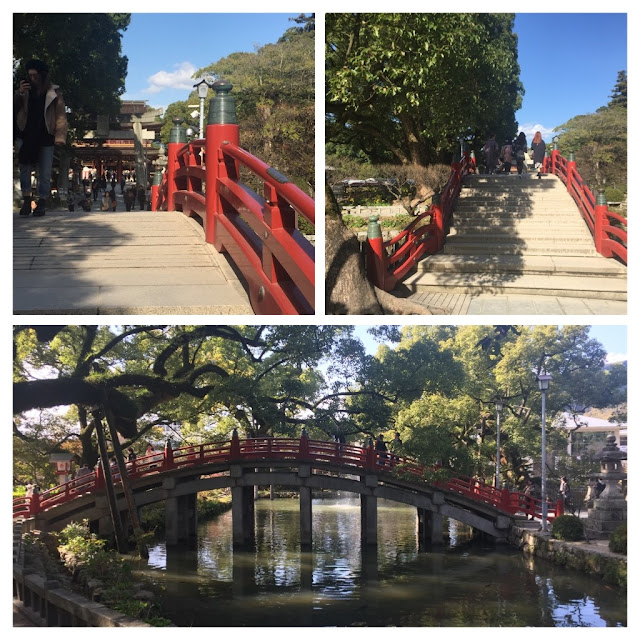 After a quick visit to the street leading up to the shrine, full of omiyage shops, I continued on to the zen temple. 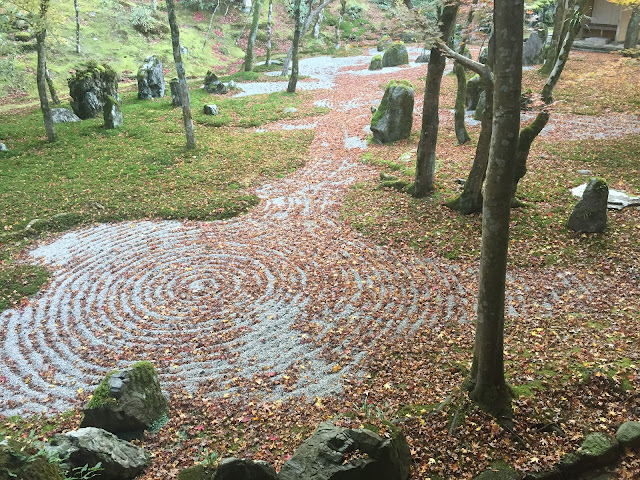 One can sit on this "balcony" and gaze into the garden. Very relaxing. 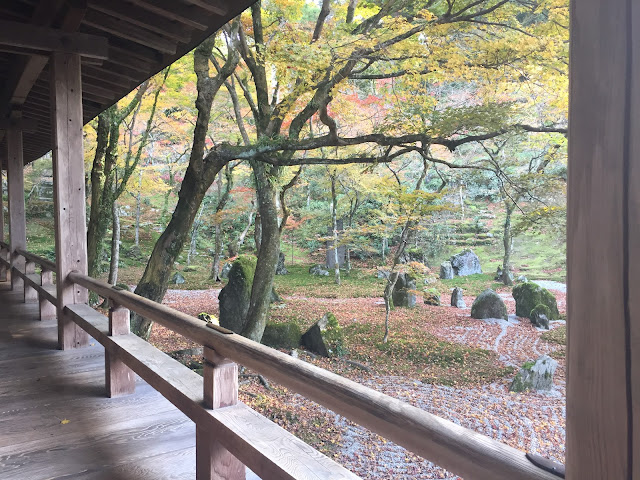 This is how it looked back in May: 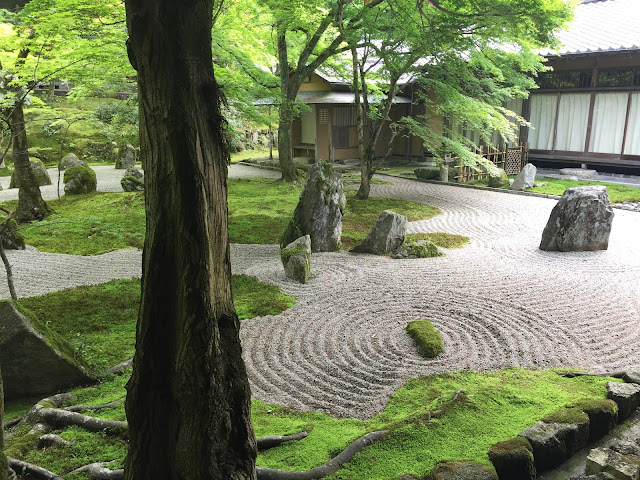 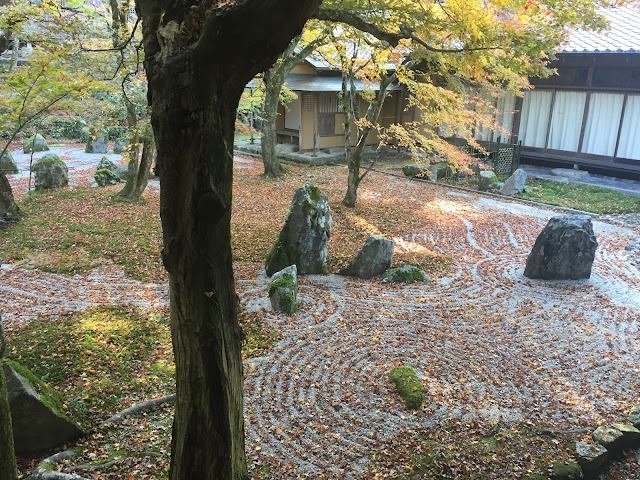 I was also lucky that when I was there not many other tourists were visiting. But exactly when I left an enormous group (well, one bus load) of elderly Japanese entered.

With that I left Dazaifu behind me and road again very leisurely into Fukuoka. Part of my way was on the approach path to Fukuoka airport. 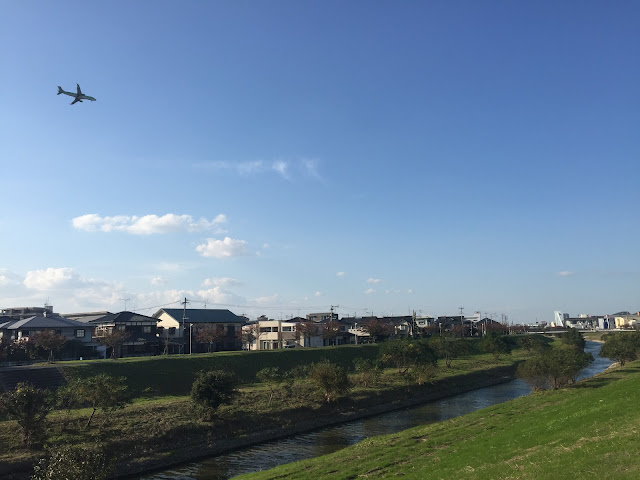 While I was riding on one of the typical Japanese bicycle lanes along a river.

This brought me to my final accommodation on this nearly 2 months trip through Japan, a Toyoko-Inn in central Fukuoka that I had reserved already 2 months ago, when I bought my sumo ticket. Tomorrow I will go to see the real thing, today I just watched it in TV, and saw Hakuho continuing his straight line of 8 wins in a row during this tournament as well as one match that needed to be repeated as the judges could not decide who was pushed outside of the ring first.