Bunraku, onsen and some cycling 文楽、温泉自転車で

Back in Japan for work and although Japan is suffering a heat wave this summer, so far the 2 days I have been in Osaka have not been that hot at all. Yesterday I was even able to do some sightseeing in Dotonbori ... 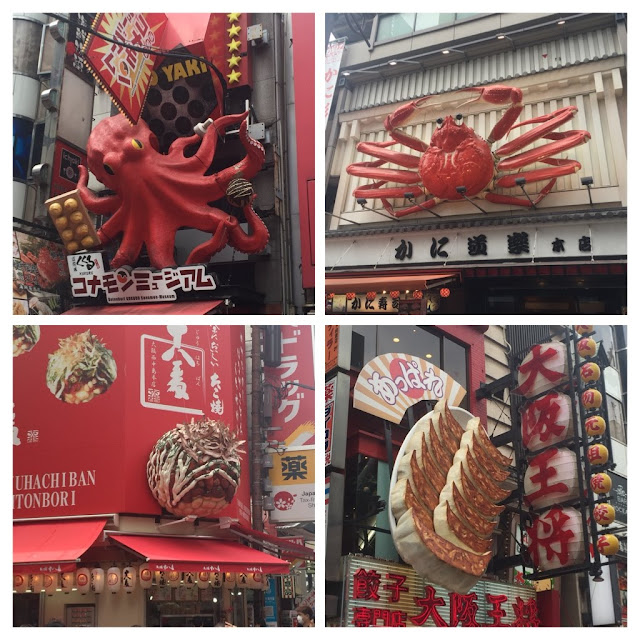 ... and over lunch looked around what else could be interesting to do in Osaka and found Bunraku. And luck wanted that the National Bunraku Theater was really close by. So I went over there after lunch and bought a ticket for today, 14:00.

Bunraku is an old Japanese theater form with puppets, being managed by 3 puppetiers were the story is being told / sung by one singer who makes all the parts. But the singer, together with his Shamisen, is being exchanged approximately every 15- 20 minutes.

Definitely a very interesting experience. But also very long, 3.5 hours! And this was already shorter than in the "good old days", when a Bunraku performance could last an entire day.

Yesterday I had surfed around a bit to see if there are rental bicycles in Osaka, and found HUBchari. A system very similar to the Docomo bicycles in Tokyo. Actually the bicycles look pretty similar, the app as well, and it is docomo anyway. Although they claim to be the biggest rental cycle network in Osaka, it is still quite small, specially compared to Tokyo. And the stations are distributed across Osaka in a apparently random and not always convenient way. But, very conveniently indeed, one of the stops was very close by the Bunraku theater. So after a light late lunch, I took my bicycle and off I went to a city onsen, Nobeha no yu 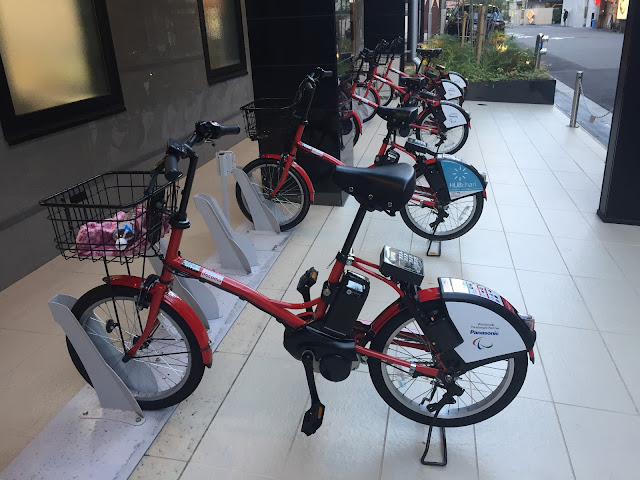 After soaking and also cooling down a lot, as it is quite warm, and bathing in warm water does really only heat you up more, I had for dinner a cold Korean soup ... 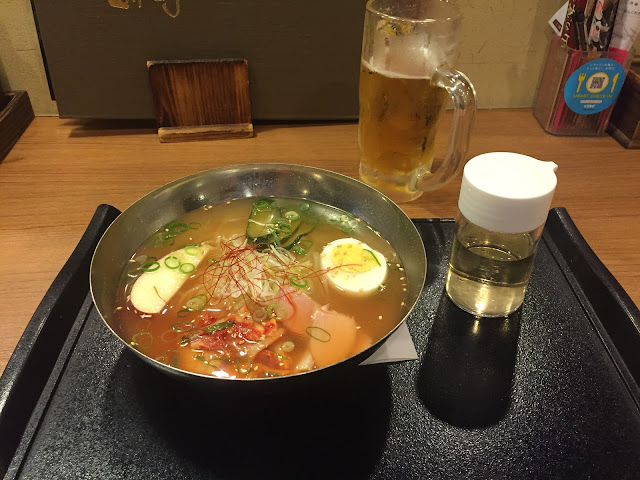 ... and then jumped back on my bicycle to cross through the city to Juso, the only cycle station beyond Yodo river. The initial part was nice through typical Japanese neighbourhoods and then even through the Osaka castle park. Then I got lost a bit, well, I took the wrong river and had to back track a bit, to find the right river, where a cycle path down in a park leads up to Yodo river. And then from there, I followed Yodo river, which was a bit creepy, because the area is actually not so much build up. On the one hand side a high dyke, behind which the river is hiding, on the other handside wastelands or backsides of buildings. And all quite dark and little to no traffic. At some point I had enough of this creepy part and went a bit more inside the town, still parallel to the river, where instead it becomes a residential area with a lot of high rise buildings. I took a bit of time to find the entrance to the bridge where to cross and then over the river to the hotel Osaka Plaza which has one of the parking lots of the HUBchari system. Again a very strange neighbourhood, with this big hotel in the middle of many small and vividly decorated Love Hotels. Actually this ride started and ended in a Love Hotel area, as also around Bunraku theater, there were loads.