I don't plan to write all possible words that you might need in Japan as a tourist, as I am sure there are web pages out there, dedicated just to this. I just wanted to upload a few pictures of cycling specific road signs that might be a good idea to be able to read.

Stop signs in Japan are not octagonal, but rather can come in round shapes or just written on the street. Adding to this, they can come written in 3 different scripts: Hiragana alone, Katakana alone or Kanji and Hiragana (and very seldom also Kanji and Katakana). 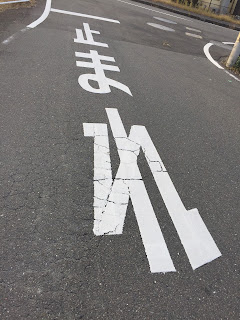 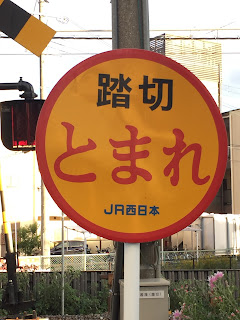 It all means the same, STOP!

Riding in the other direction in One-way-streets

In general in Japan as a cyclist you are allowed to ride in the opposite direction in one-way-street. There should however always be a sign to actually allow it. It is normally written in kanji (and hiragana) and confusingly enough can come in different wordings.

E.g. 軽車両を除く literally meaning "light vehicles excepted", thus also including other vehicles other than bicycles, 二輪を除く meaning "two wheelers excepted" or the more straightforward 自転車を除く "except bicycles". I guess there can be also other phrases. 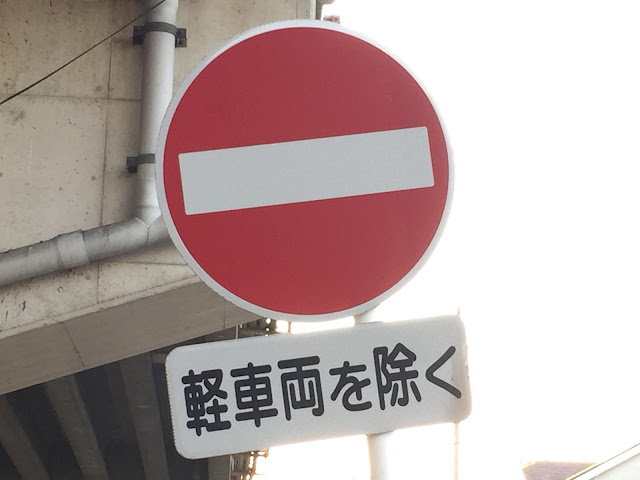 Obviously if you are looking at a really big street, then you should always ride on the correct side of the street. But with the many small streets in Japan it is generally perfectly fine to ride in counter sense.

Again there are different words, the ones I can think of are: 駐輪場、自転車置き場 both meaning exactly the same. There are other words out there for the same concept as well. It is highly unlikely that they would be written in hiragana or katakana, simply because the words are longer and are directed to a more adult audience, while the "STOP" sign needs to be understood by small children as well, bicycle parking lot isn't so essential. 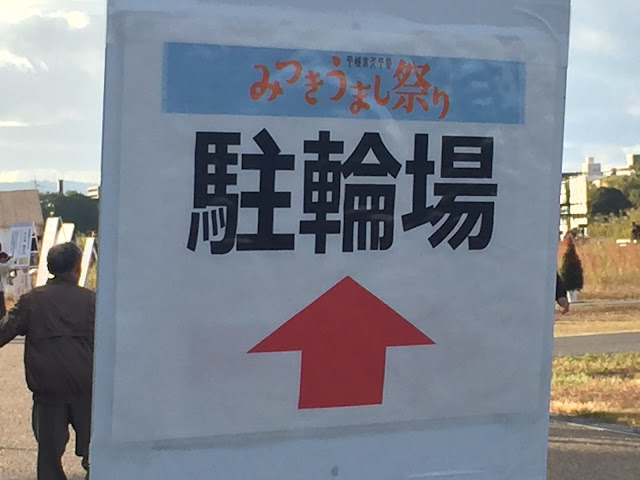 Again, there a different words for that, sometimes it can be quite easily deducted from the sign, other times only something like 自転車道, very literally bicycle lane, can be found. The one below surprisingly was with a pay box (有料) at the end... but that was a very specific bridge close to Kyoto. 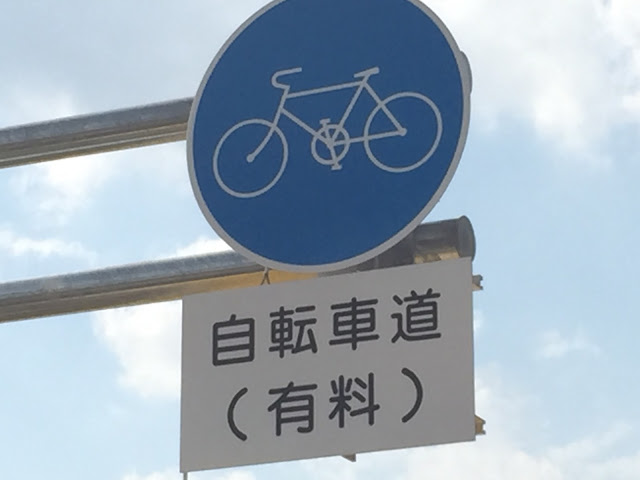