These days back in Tokyo for the final removal after 3 years in Japan back to Europe, this time Holland. But luckily I was able to plan the trip right around the January NPC ride. Not having any longer a bicycle in Japan (as I brought the brompton with me back in late November to the Netherlands), I opted for Docomo sharing bikes, now available in many wards of Tokyo, including Shibuya (where the NPC ride starts), Shinjuku (where I was staying my last two days with a friend in Tokyo and Minato, where we finished the nights ride.

This time also 2 colleagues from work and the brother of one of them came along. Everyone on docomo's.

We started in Shibuya in front of the United Nations University, but as I had seen on the Docomo web page that there were only a low number of bicycles available in the area, I decided to ride there from where I was staying. So I picked-up my bicycle in Shinjuku ward and rode leisurely to our starting point. Not so leisurely to actually turn on the electrical motor of the bicycle. 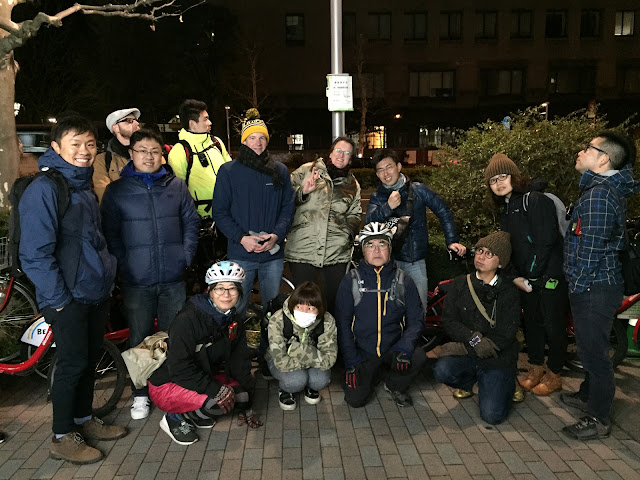 It was the Hatsumode ride, so included visits to two shrines where we paid our respect to the local gods for a happy and successful upcoming year. Atago shrine, the second we visited, is located on the highest hill in all 23 wards of Tokyo!

Before that we had a longer stop at Tokyo station, which just completed its reform. However I did not go an visit the station, but rather changed my bicycle. I hadn't used my battery until then, as it was very low, but even without using it, it was running out of energy. And the impractical feature is that if you want light, you need to switch the motor on. No motor, no light... which also means that from Tokyo station onwards I had this gentle and somewhat awkward push while riding. Nothing to be done about that.

We finished our ride under Tokyo tower and then discussed where to go for some warm dinner. 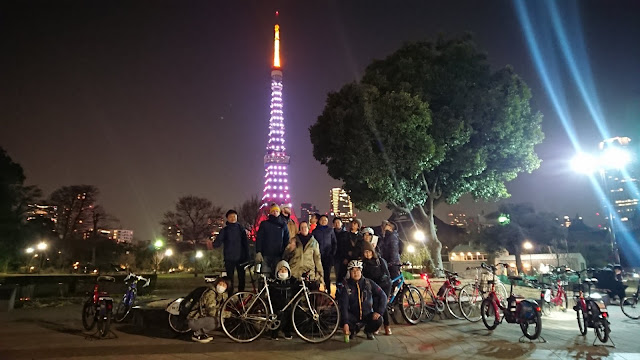 As so often (I hadn't really thought about it before someone said it), we finished going to a Chinese place... This time a Taiwanese restaurant, where we had "my" shinnenkai only a few days earlier. But it was in a convenient location (including a Docomo docking station) and it did tick the box of "Chinese food". 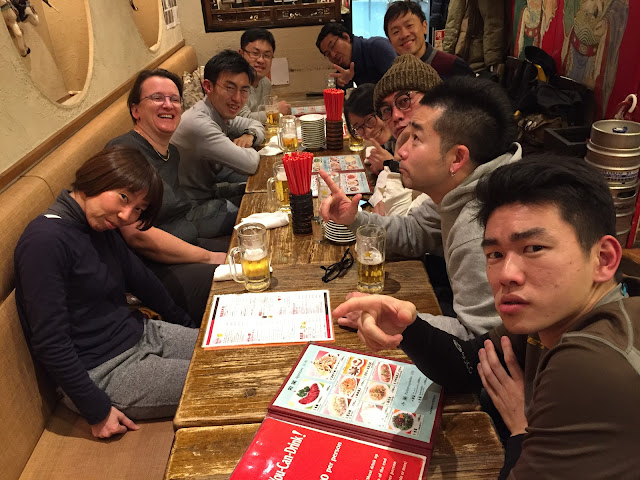 As I didn't have my garmin with me, I only recorded the ride on "map my ride" and then uploaded it to Strava. Not terribly convenient, also because it drains rapidly the battery of the phone. But here you go!