After the touristy highlights yesterday in Kyoto for today I decided to ride all the way up to Nara. Not over the mountains, which is much shorter though, but along Yodogawa and Kizugawa.

Today's highlight, I would say was the view from Nigatsudo, the temple in Nara I like most... and there is no shortage of temples. 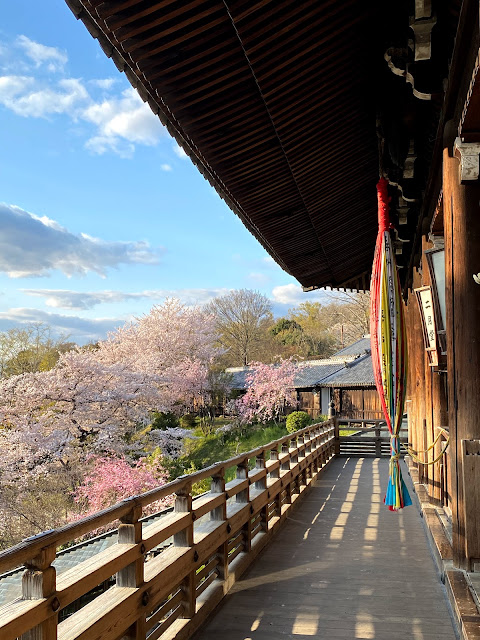 The initial part along Yodogawa was the normal ride along that river. Not very scenic. It's just a useful river. For BBQ, baseball, rugby, football, picnics, cycling, jogging, bird watching... and fishing! (Not actually in the river but in some artificial ponds) 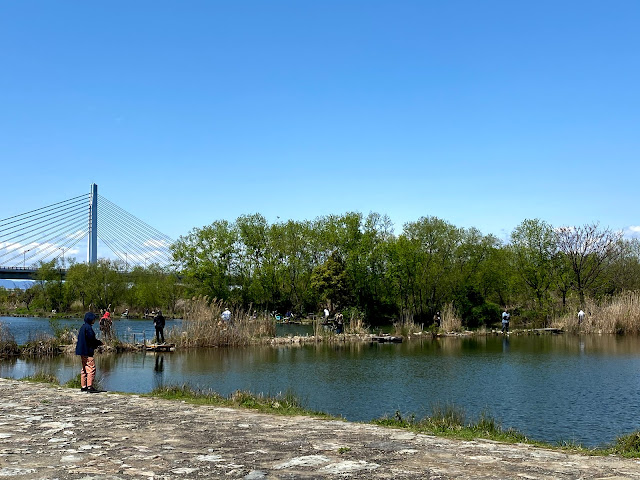 Today the wind had changed and was blowing from the side/front all the way up the river until I changed my direction by turning on the Kizugawa, when it turned into a very nice tailwind.

Along Kizugawa I passed again the place with the Nagarebashi (submersible bridge) where I turned back last Sunday). I had no expectations that it would be open today, but actually it was. 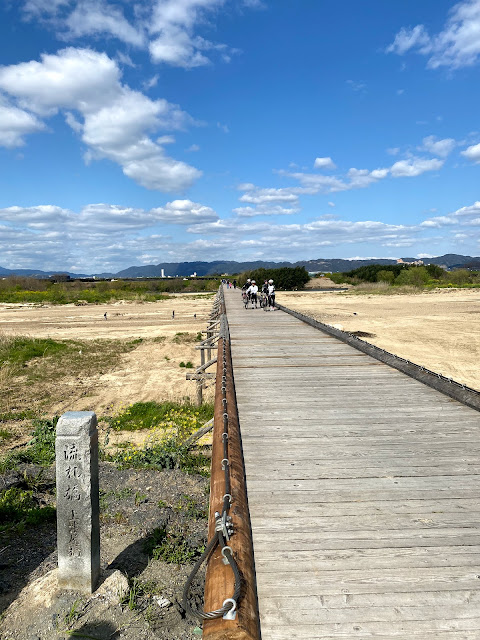 So I took the opportunity to cross it - by foot - and continued on the other side of the river.

There were many nice Hanami spots along the Kizugawa and also generally the landscape and the cycling lane is much better. Landscape, because there are simply less buildings around. Cycling lame, although it is much more narrow, it doesn't come with the continuous obstacles as along Yodogawa. 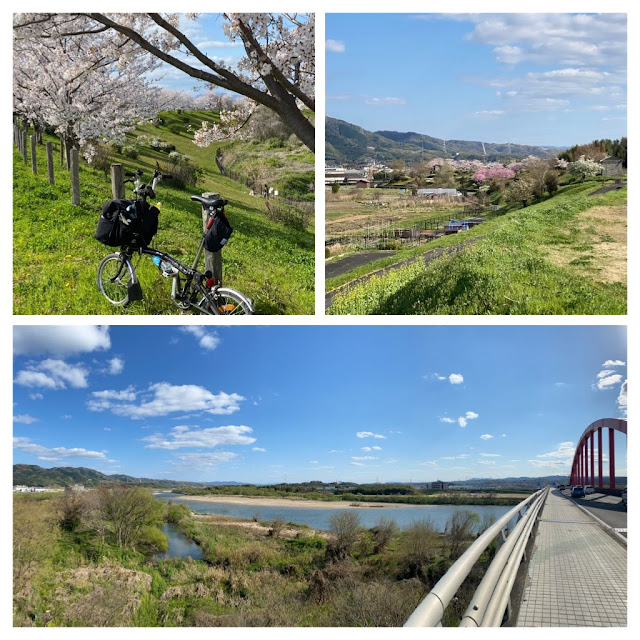 The bicycle lane, which on the other side connects also Arashiyama in Kyoto finishes a bit abruptly in a region where there is no really obvious connection into Nara, and I had left my komoot planned route to follow it a little bit longer, which maybe wasn't the most clever thing to do... but still I did not get lost (difficult in times of google maps and GPS) and even stumbled across some nice flowers that were NOT sakura: 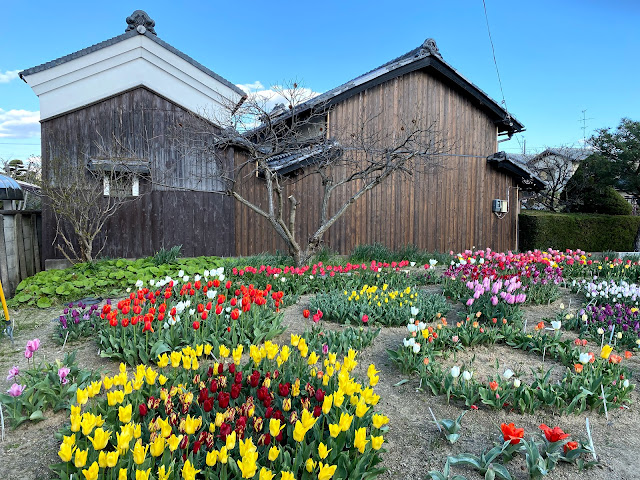 I approached Nara from "behind" and first came to the park behind Todaiji, which seems to be used by the deer for rest from the tourists. At least that was my impression a few years back. However now with tourist numbers dwindling apparently the deer have decided to go and investigate what happened to all their senbei feeders and were roaming the streets of downtown Nara. Not that I can attest to that. The deer I saw seemed to be the typical deer of Nara. Half of them on-duty in front of Todaiji hunting down tourists to make them buy senbei and the other half waiting for their turn in the park and woods. And all of them rather photogenic. 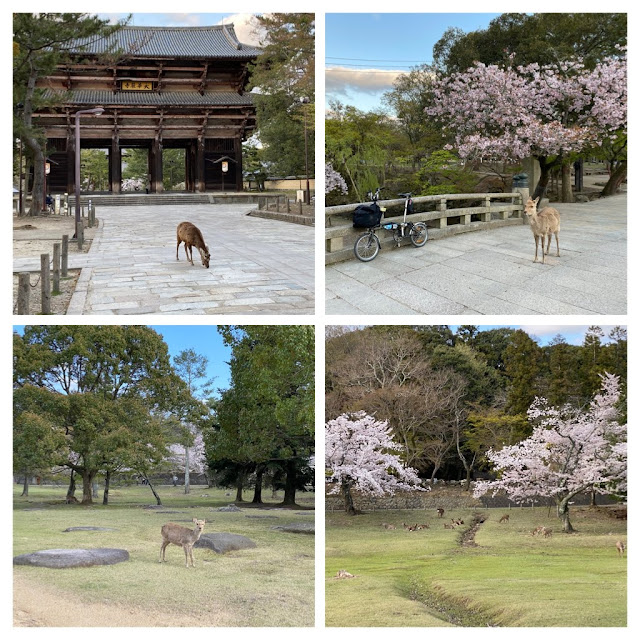 After taking a few shots at the deer behind Todaiji, I cycled up the hill to Nigatsudo, a temple overlooking all Nara, and even during normal, touristy times, rather calm. Today even calmer, but it was also already 17:00 when I arrived there. 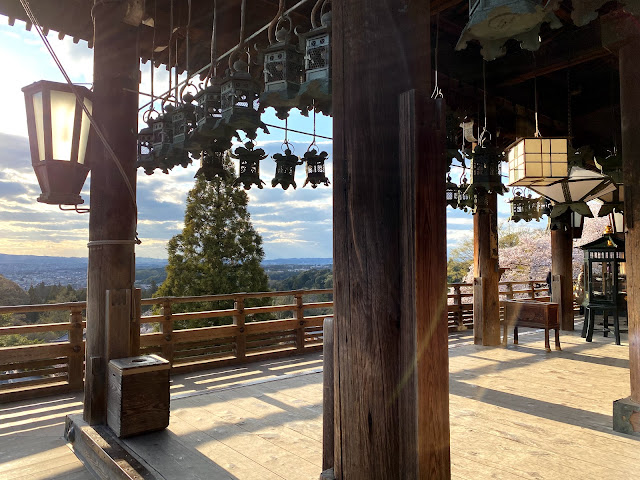 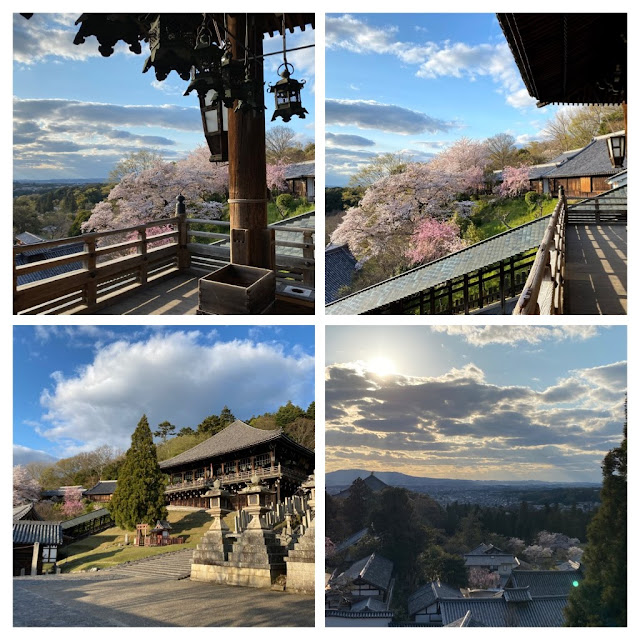 These ema will need to be redone for next year. No Olympics in the year of the rat: 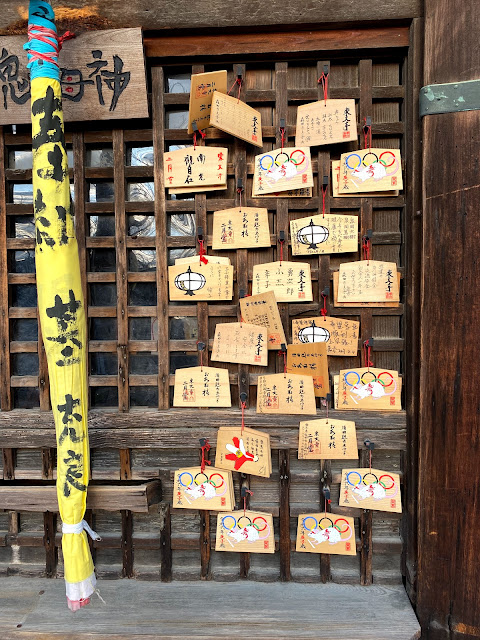 I cycled down again with the idea to take a picture or two around Todaiji and then in the park and then to ride to my onsen of the day. But when I arrived at Todaiji, it seemed to be still open. So I asked, and yes, it was open just for another 10 min. In normal times I would not have rushed inside, I have visited Todaiji already at least twice, but with the sakura in full bloom in the inner courtyard, I did not let this opportunity pass, so rushed in and had the Todaiji nearly to myself (only one Japanese couple rushed inside with me). 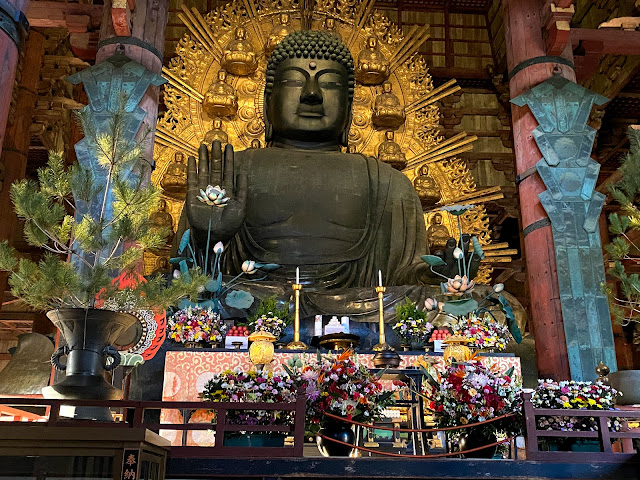 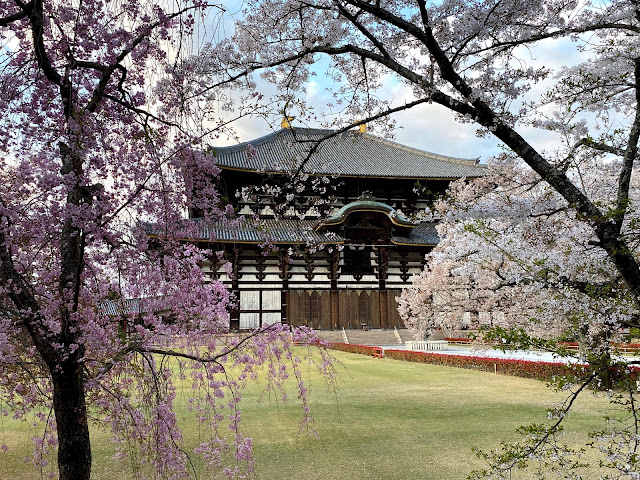 Obviously I was here very late in the day, so probably even on a normal day there would not have been that many tourists around any more, but getting such a clean shot of the entrance of Todaiji (only with a small brompton in front of the gate), is unique. I remember from a few years back, when I came to Nara for a weekend, I went to Todaiji first thing in the morning and had a good time visiting it. Some tourists, but just a normal amount of tourist, no bus groups yet. Then I went up to Nigatsudo, which even then - it must have been 2016 or 2017, did not have too many tourists. When I came back to Todaiji around noon time (to pick up my mamachari that I had parked there), the place was teeming with bus loads of camera-armed tourists. Good for the deer (probably), not so good for me, the solitary tourist. But I had seen Todaiji by then already... So today again a very solitary visit. 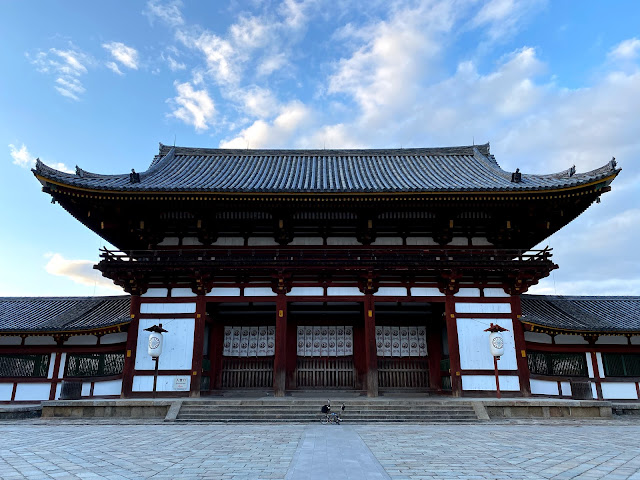 By now it was getting colder (the sunset was approaching and in total it was colder today than yesterday), so I rushed to the park and then to a sprawling shrine complex, where I caught the last sun rays. 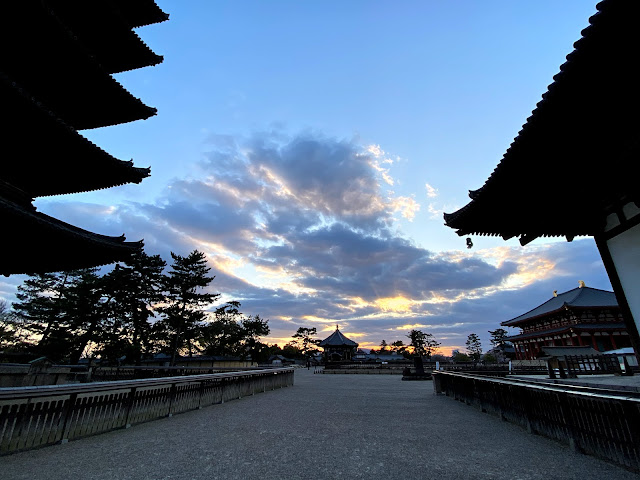 From there onwards, I didn't have any other expectations than getting my well deserved hot bath in the onsen... but the path I had chosen, along a small river proved me wrong. It was one of the main hanami spots in Nara. 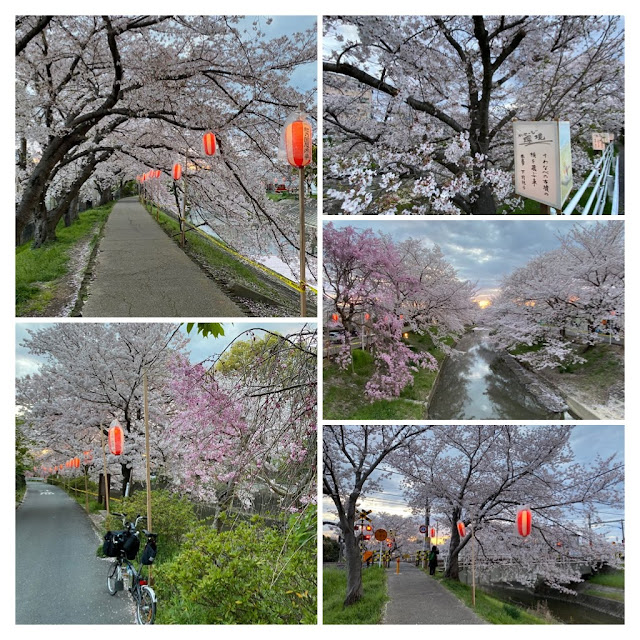 After the onsen, I cycled to the closest train station and took a train back to Osaka, to a place about 7 km from where my apartment is, in a very convenient small station. No long trekking with the folded bike through stations (like it would have been for sure had I got of at Namba), but just out of the turnstiles, unfold and ride. The train was very empty, again thanks to Covid-19, so social distancing was very easy. I had the entire carriage for me (and my brompton, but I am pretty sure bicycles cannot catch the virus).