Toride to Kasumigaura, Sawara, Katori and back to Abiko

This weekend I took a train out of Tokyo on Friday evening, stayed at a somewhat depressing hotel close to Toride station and then took off the next morning towards Kasumigaura Lake and on to Sawara. On day 2 a short excursion to Katori and then back along Tone gawa to Abiko, and back to Tokyo by subway.

I decided to leave Tokyo on Friday evening so I could start next day early. So once I left office on my way home I searched on Jalan for a reasonable hotel close to Toride or Abiko station and came up with this one: 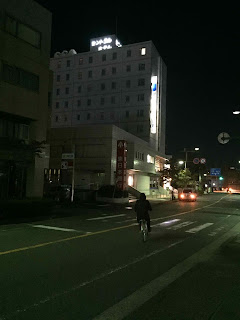 ... well just a typical Japanese business hotel. This one celebrating its 20 (?) years aniversary and giving to all guests a small alarm clock, which I still have at home.

Being this one of my first excursion with my Garmin device I learned that it likes rather large streets, while I don't. I set off Toride on smaller roads, because I had made Garmin take those, but on to Kasumigaura lake I had left it to Garmin to find a road... and it found a major road going through an area full of shopping malls and cars. So at some point "desperate" by the choice of road I decided to replan, and stopped along the road: 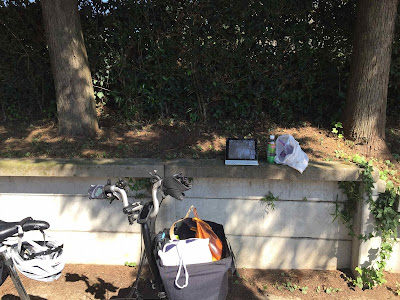 Only to find out that in that spot I was unable to catch a reasonable internet connection and thus was unable to replan the route. So I just checked Google Maps on the iPhone and took a road that seemed to be relatively easy to follow without need to check on Google Maps every 100 m and still going on to Kasumigaura Lake. Where I arrived and was repaid by a cycle lane along the lake: 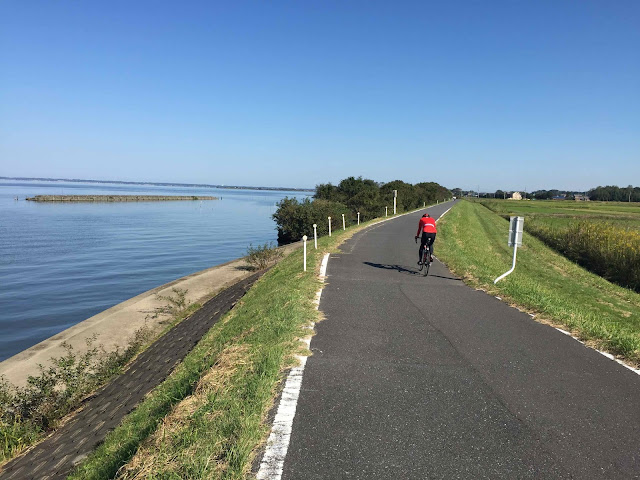 This cycle lane is part of a larger cycle lane net from Sakuragawa around the entire lake. I just did a relatively short part on the West side of the lake.
Around 3 or 4 in the afternoon I started searching on the internet for a new accomodation for the night and found a hotel in Sawara... which turned out to be (at least from the outside) even more depressing than the one in Toride. (It is that black and white striped building). 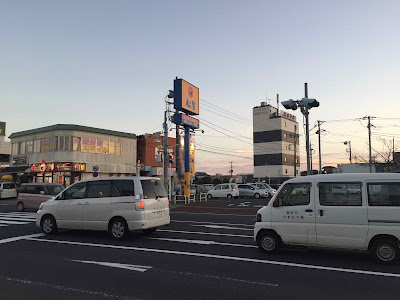 At the reception they had information about a really nice place so I asked where this might be, in the hope that I could maybe go the next day. However the receptionist looked at me slightly bemused, saying that these pictures were from Sawara. It's what this town is famous for. I went to downtown Sawara in the evening in the hope to find a Sento. One I didn't find (or maybe it was already closed), the next I found, but the very elderly lady that was running it told me that she was about to close. This was a great pity, because this Sento really seamed like from a long foregone epoch. So there wasn't anything else but to go for dinner. The city was really nice in the evening so next morning I toured it.

After the brief glimps of the town I had on the previous night, I went to downtown Sawara and found an extremly nice city, specially for Japanese standards, where many buildings have been torn down over the past many years leaving the cities void of any historical references besides shrines and temples.
Regardless if you are in Sawara by bike or for tourism (w/o bike) this is so far around Tokyo the nicest city I have seen, excluding Kamakura. 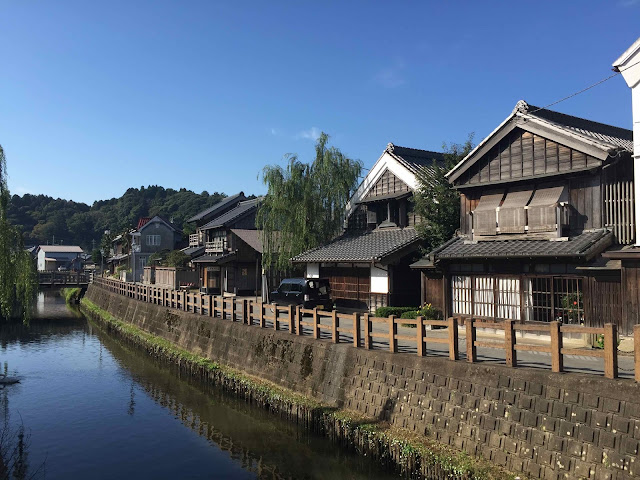 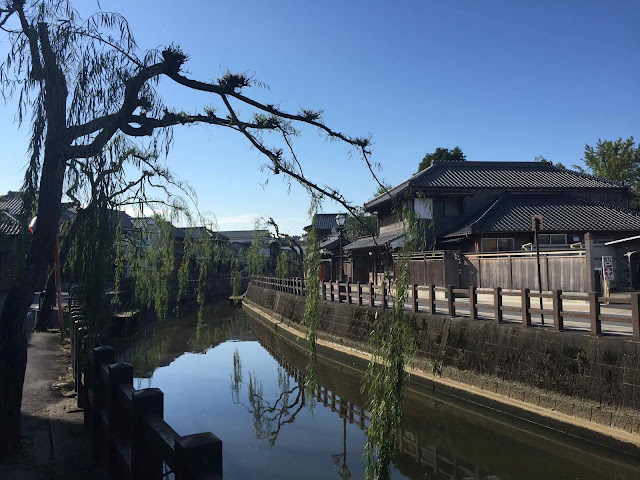 There is even a 祭 (festival) along/on the river, but I was one week to late for that.

Then I went on to Katori Shrine, which was my actual goal when I looked for a place where to stay for the night the previous afternoon, as I had identified it on Google Maps as apparently a place of touristic interest. Which was quite true. 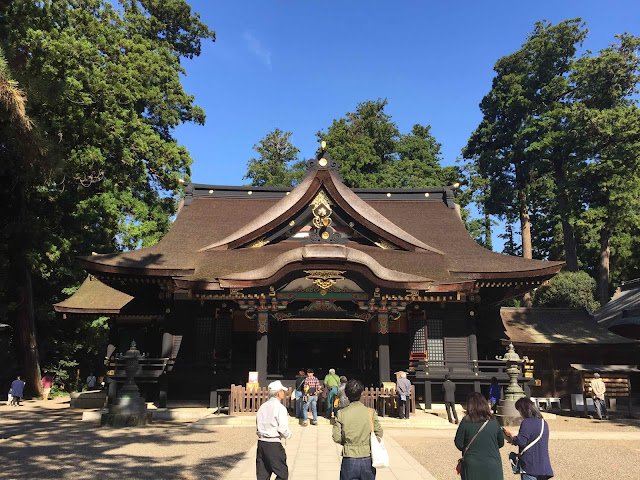 However again I was here on the wrong day. On the following day (a Monday !) there would have been Sumo on the Shrine's ground.

Anyway after a while I took off and headed off roughly along Tone gawa (check out this post on bicycle roads) back to Abiko to catch the subway back home. Unfortunately my Garmin had some hick-up and would turn itself off with no possibility to turn it on again. I tried, a lot, but with no success... until at some point without me doing anything it recovered and started to work normally again. Luckily at that moment I was along Tone gawa and in no real risk to get lost. However it also means that only relying on Garmin is not possible. I always need to have sufficient battery power to be able to comfortably check and follow a route on Google Maps on my iPhone. As a learning from this experience I bought some weeks later an external battery... just in case.

At the end of a long days ride (probably one of my longest so far) I packed up again and hoped back on the subway which would bring back home. 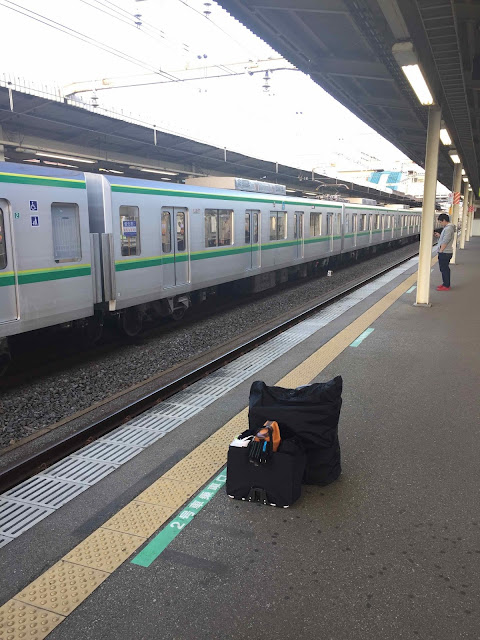 As I had problems with the navigation device, also Garmin did disconnect the ride in two different portions. But actually it was just one ride. Anything missing in between, is an eventless ride along the river Tone.