Heading to my last destination for this Golden Week, I set off today in the morning from Matsue for Izumo. I knew that there was supposed to be a cycling lane along the lake and then into Izumo. Now along the lake it was mainly just the sidewalk of the road. Every now and then there was a small village which offered an alternative route. The real cycling lane to Izumo Taisha doesn't start until AFTER the lake has finished, but then goes all 30 km to the shrine (which I will visit tomorrow). 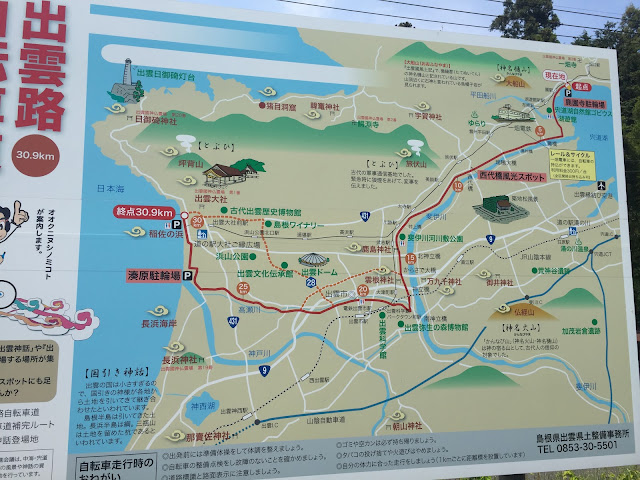 Although this cycling road exists, and clearly the prefecture (and Giant) want to market Matsue / Izumo as a great cycling destination, there were not a lot of cyclists around, for being a Sunday with sunny (hot) weather.

Shortly after leaving Matsue I stopped at "merci" a French bakery in a unreal spot along the sea shore in the private house of someone (the baker, I guess) to get a second breakfast. 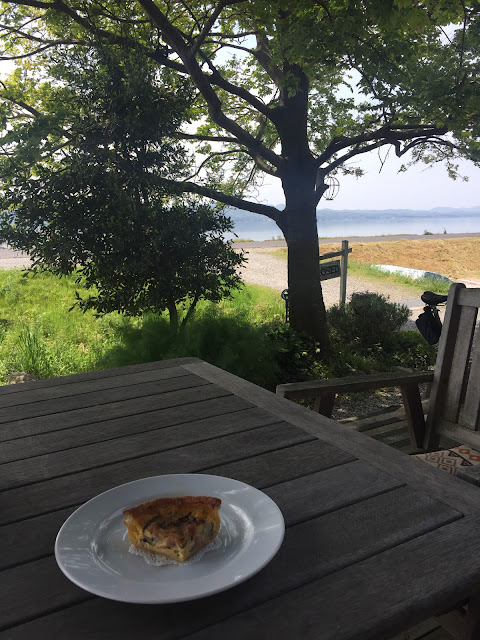 Then I continued along the lake. With the road right besides it is not that romantic as it could be, but for sure it must be better than the other side of the lake, where I would expect more traffic to come through. 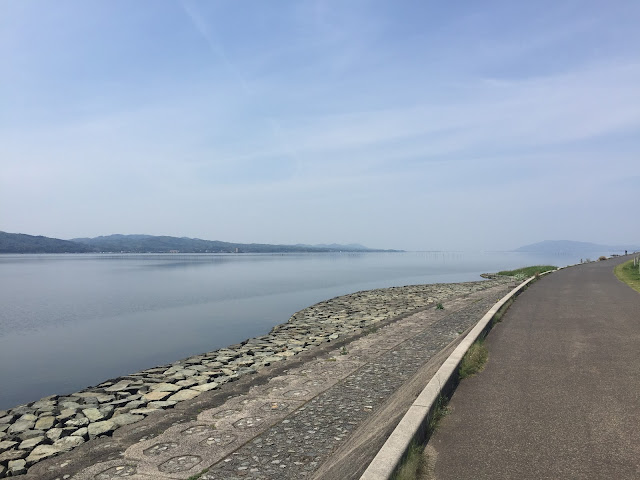 It was quite hot today, but luckily we are in Japan, so rest places are frequent, and right when I needed a toilet and rest area, there was a small station with toilet and waiting hall. I wasn't even the only one finding refuge of the heat in the waiting hall, there was a Japanese men, training for a long distance run in a few weeks.

After a while I continued on and soon came to the "real" cycling road which is far from any car traffic, but close to a lot of fields. While when I travelled through Japan 1.5 years ago, it was time for rice harvest, now it was time for rice planting. The small plants get grown somewhere (see Day 4) and then get planted, one by one in a row: 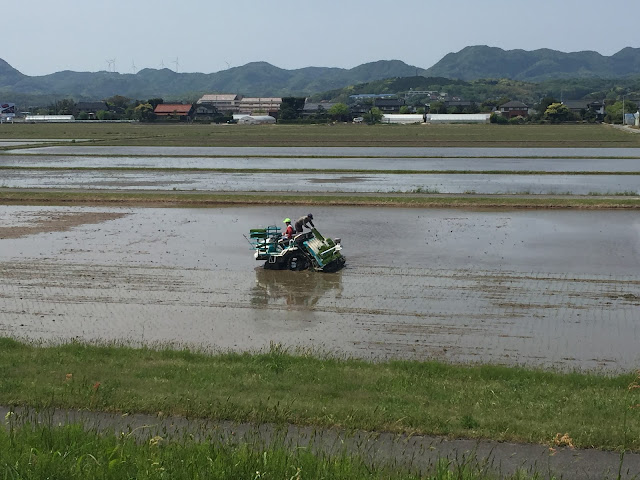 After a further rest along the way, I continued on... and rested again this time taking also some time to write the blog post: 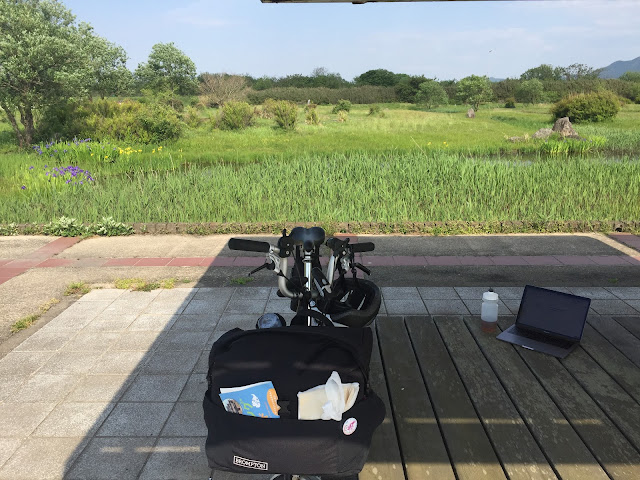 From 16:00 onwards temperature became much more agreeable, so I continued for the last few km to my hotel. After check in I was kind of unsure what to do next, as it was still rather early... and finally my curiosity won over my laziness and I set out on a ride into the sinking sun ... 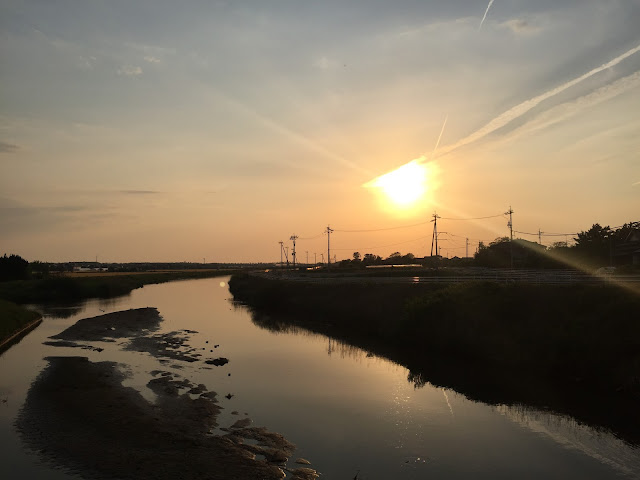 ... to finally see the Sea of Japan and the sunset. The sun was incredibly round. I know this sounds stupid, but it was a very well defined round shape. 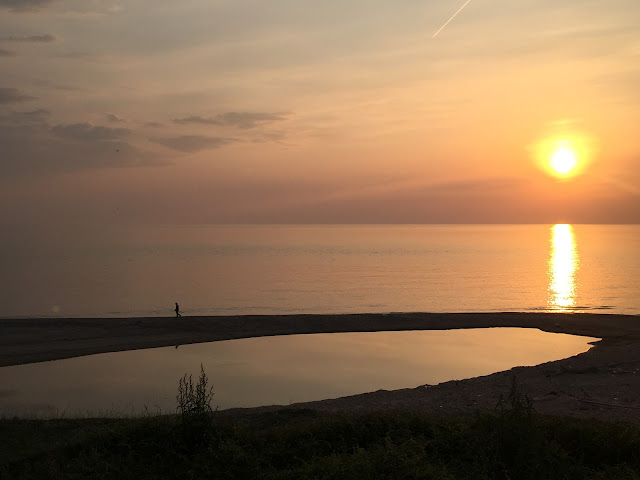 After sunset I returned on my footsteps (tyre profiles ?) to Izumo, to visit an onsen right besides the station. While it is right besides the train station, it is quiet and even has a rather large (well, for Japanese onsens at least) bamboo grove. There are however not that many different pools. Essentially only 3:


I.e. there is no communal bath outside. However it was not a problem, although the onsen was busy, I always got a bath tub for myself. Inside the onsen also smelled really nicely of wet wood as it was all constructed in raw wood.

Ride into the sunset: