After the heat yesterday and the day before, today it was surprisingly cold and very, but very windy. The place where I was yesterday evening for taking sunset pictures and where I had decided to have my second breakfast today, was just tooooooo windy to sit down comfortably there. 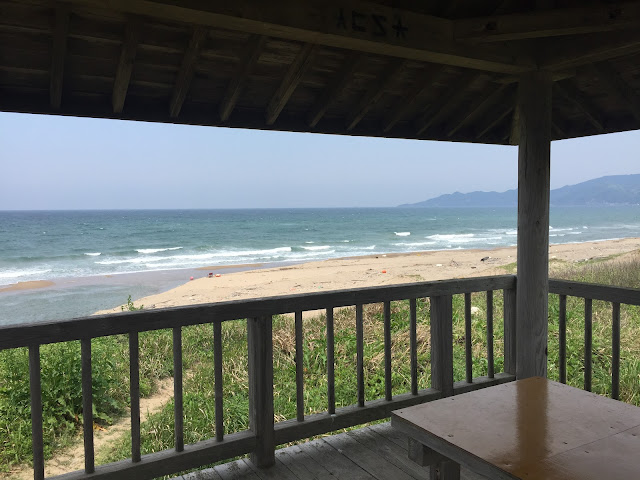 Luckily I found an other spot not too far away with some benches and it had also stopped raining by then... So I had my breakfast there. Then I continued along the coast on the bicycle road towards the Izumo Taisha. Close to it there is this rock in the sea with a torii on top: 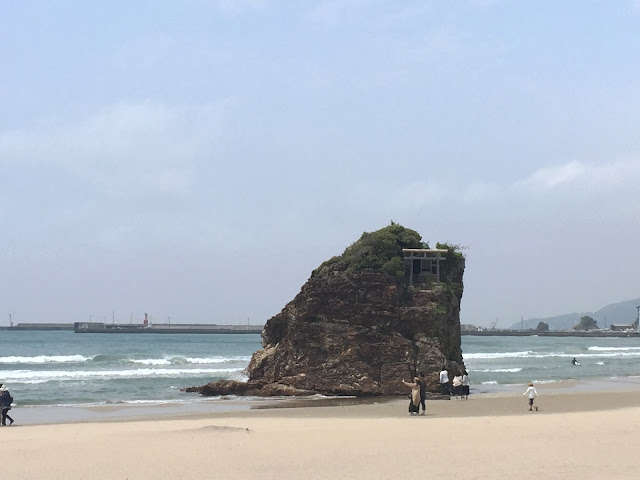 Izumo Taisha apparently is the 2nd most important shrine in Japan (after Ise shrine where I was 1.5 years ago). 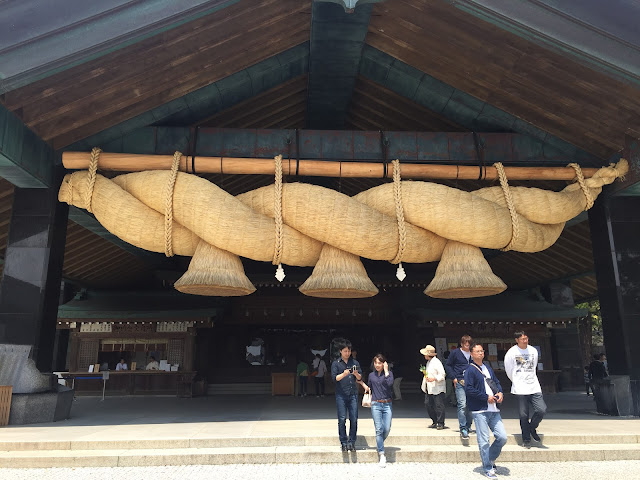 However close to the main shrine on this weekend there were some traditional performances, so I enjoyed those. 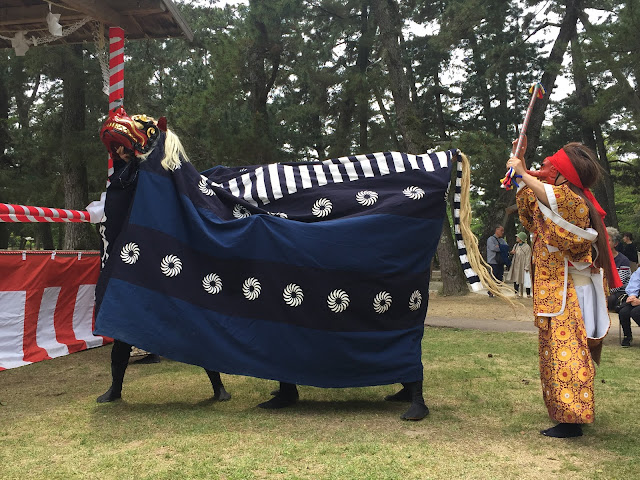 After the performance the dragon even came through the audience and did - ritually - bid us all in the head. I guess it is helpful... but actually in the moment it was a tiny little bit painful.

Yes, I would have had the time, but not the energy due to an upcoming cold, to ride to the airport. And well, there was a very convenient direct bus from Izumo Taisha directly to the airport. So I hopped on to that in the early afternoon. At the airport I then had a rather long wait, but I got some lunch and rested some more. For sure this all contributed to the fact that finally the cold did not develop into a full blown cold.

What I discovered only after coming back to Tokyo, was that I missed out on Tamatsukuri onsen! Well, at least that way I have a reason to come back to the region!