Nearly 25 years ago I was for the first - and so far last - time in Minoo park, while travelling through Japan at the end of my first 5 months in Japan. I travelled for maybe 2 weeks (would need to look up the old letters) and in Osaka visited a friend that I somehow met in Tokyo but he was actually doing some research work in Osaka. We did a few touristic things together in Osaka, and one of them must have been a visit to Minoo park. I don't really know, but I remember it was a rather long trip by bus from the city center out into the nature, then a quite tiring walk (it was August, so really hot) but then we met these cute, but somewhat aggressive monkeys. In the middle of nature but still not so far away from Osaka. I can't really say now if this was Minoo park, but by all likelihood it must have been.

I wanted to see those monkeys again, but so far when I was in Osaka I always either had more interesting things to do, or weather was just not right to go out there, hiking. But today was perfect. After the farer excursion yesterday to Miho Museum, today I didn't want to go that far away, so a place reachable from my hotel by bicycle seemed to be a good choice.

Now the ride towards Minoo park was not specially nice, just urban sprawl. Probably I should have taken this course which seems to run along a river. But when I planned the route yesterday I forgot that I had seen that course already and just looked for smaller streets on Garmin.

Osaka is also a surprisingly hilly city... at least beyond Esaka.

So well, the ride there was not the nicest I have ever done in Japan, but the destination was nice, and shady: 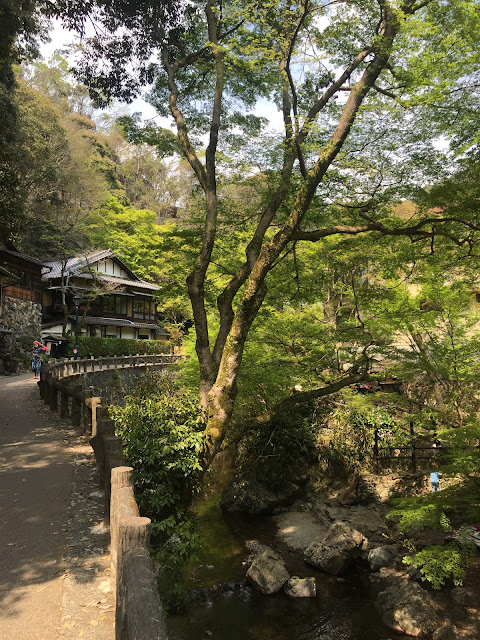 I parked the bicycle at the entrance to Minoo Park and then walked up the easy way along the valley to the waterfall. 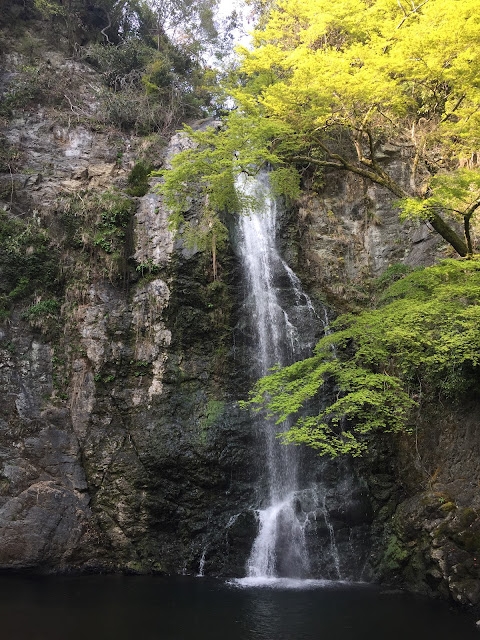 Along the way one could still see the damage done by a typhoon. Was it typhoon 21 of 2018? But in the meantime the walkway has been reopened again. A temple along the way is still somewhat damaged. 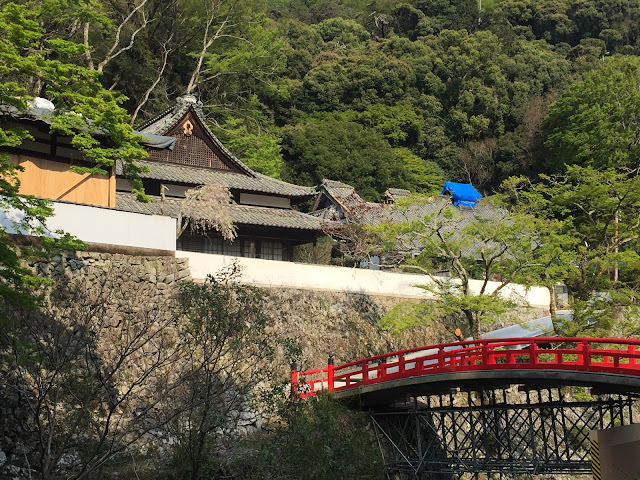 At the waterfall I was also rewarded with a monkey... eating his ice cream: 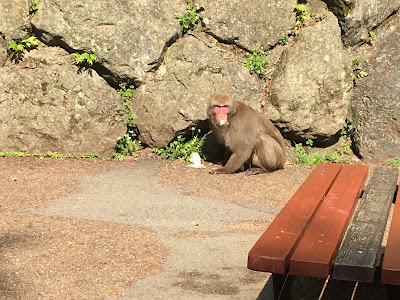 On the way back at the same temple, what is probably going to be the last hanami for this year (as I don't plan to go North): 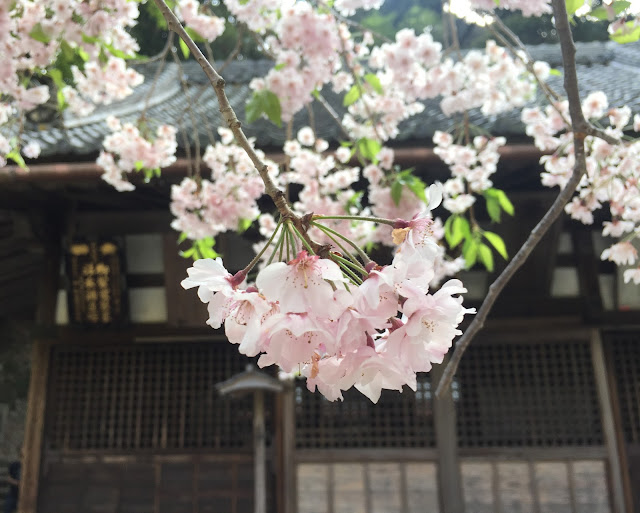 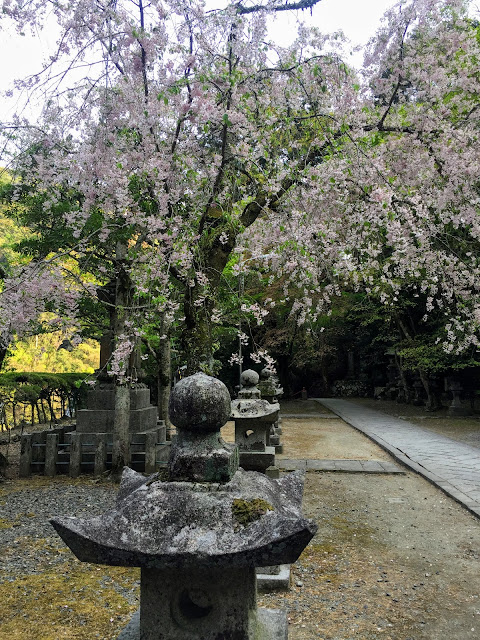 I didn't record the walk on Garmin... but it would have added some additional elevation to it.

This park is really such a change from the surroundings. The city just extends and extends until there, and then, from one meter to the next, one is surrounded by nature. Very relaxing.

For the ride back I had found an onsen in Banpaku Kinen Park. I actually had planned (in Garmin) to also visit the park itself... but it was way too late for that. So more to do in a future visit to Osaka. Then I should probably try this https://www.cyclesports.jp/courseguide/jitenshado/007/index# route.

In the park I went to the onsen (super-sento), which has a lot of outdoor space with 4 different pools, one of them luke warm, which was nice as a cooling down option.

And well, then it was time to call it a day and ride back. The one problem of that onsen might simply be that it is "too far" from Shin-Osaka, so once finished there, I still have several km to ride back, including some more hills. So no ideal after a relaxing bath. But the onsen itself was nice.