This post describes my bicycle tour of Japan, sill continuing riding down the West coast of Hokkaido from Wakkanai towards Rumoi, today reaching Haboro after some up-and-down.

Today not too many km, but a lot of hills. I didn't count them, but probably about 10 times up and down again.
But all these hills also left time for sufficient onsening. Today in total I probably soaked about 2.5 hours. As I had stayed in an onsen hotel yesterday night, I took a bath first thing in the morning. The pools changed over night (i.e. Women and men's onsen change every day), in the one I was this morning the water outside was light brown, like rust, while the other rotenburo was of quite dark water. And then in the afternoon, after arriving in Haboro I went straight to the Sunset Plaza onsen at the beginning of the town. Initially I was completely alone in a rather large onsen facility, but later on other bathers also arrived. Here the rotenburo was greenish and not very hot, so that one could spend hours on end in the water soaking. Which I did... I only needed to get out every now and then, to get to the washing machine or dryer, where I was washing my stuff. I had hoped to wash yesterday, but no washing machine at Asahi onsen.

Between these two onsen experiences, there was obviously the ride of the day. The first 6 km were slightly descending and I was lucky enough not to meet a bear! Which seem to be living in the woods around the onsen. I only encountered some tanuki, including one who seem to have been feeding close to my bike. Again no pictures of them. Actually one I saw yesterday afternoon for quite a long time while soaking... 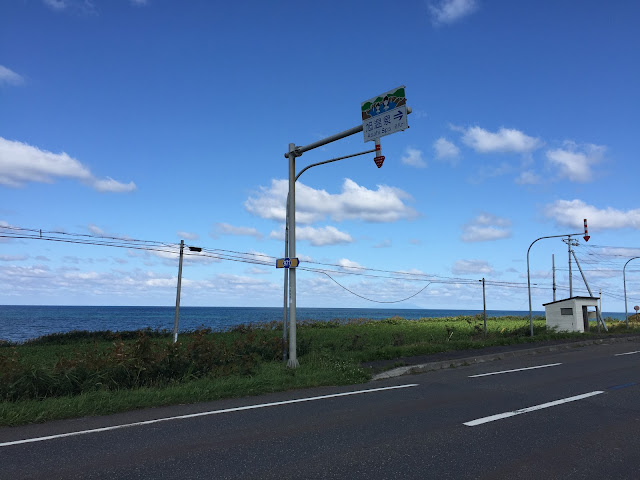 After a few km on the coast, the up and down started. 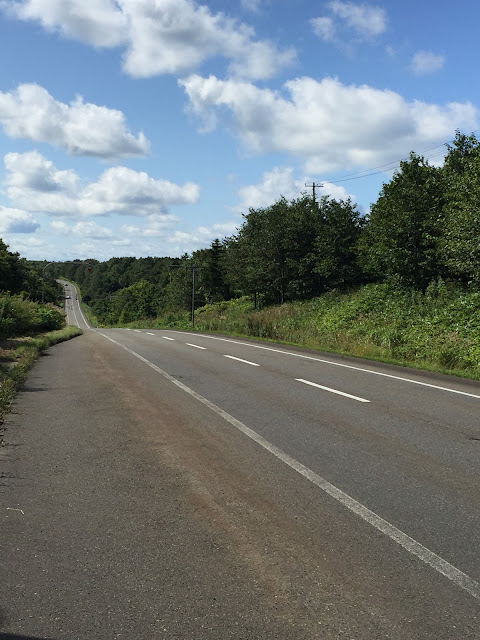 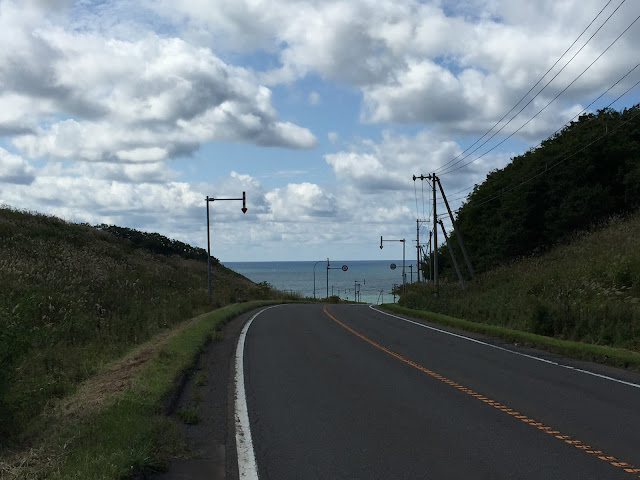 At about the half way point, is Shosanbetsu. A small village, but with an astronomical observatory next to the local onsen). 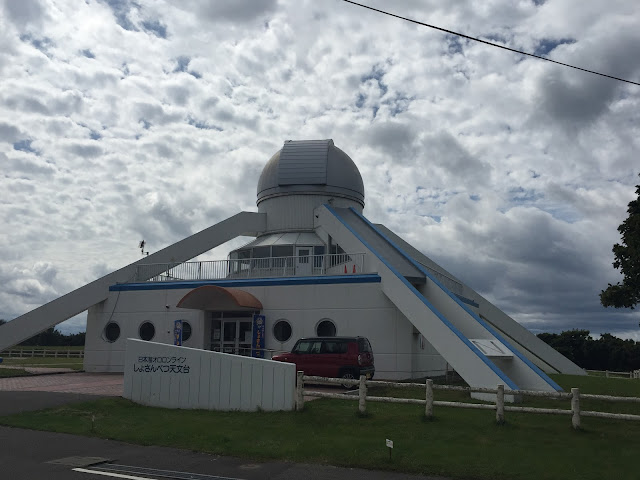 This village was not really nice either, but better than others. 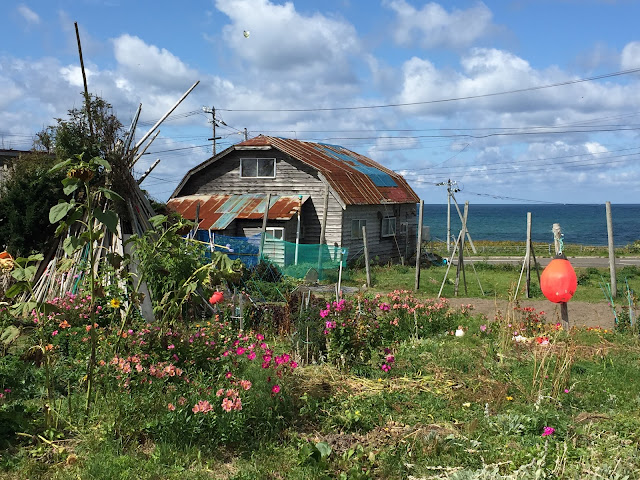 They even got a specific mascot for their village. Featuring the observatory: 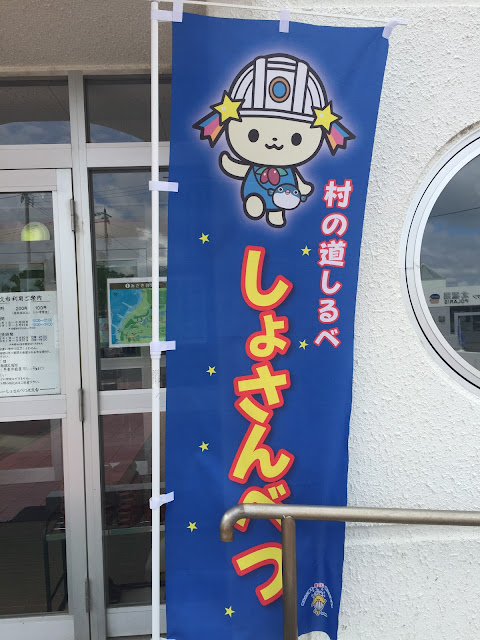 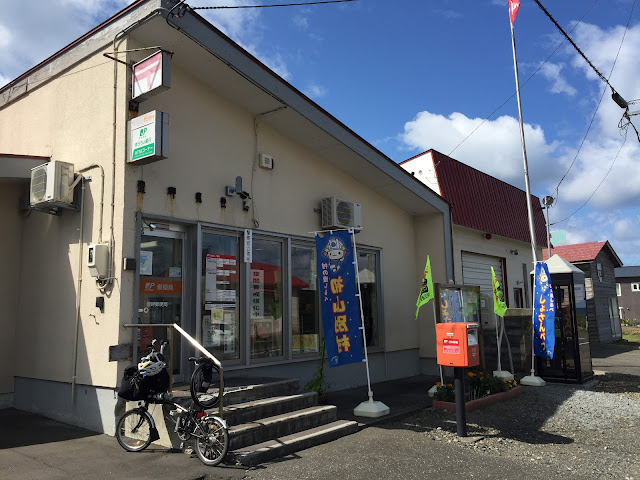 All the up and down from time to time was also rewarded with nice views of the coast: 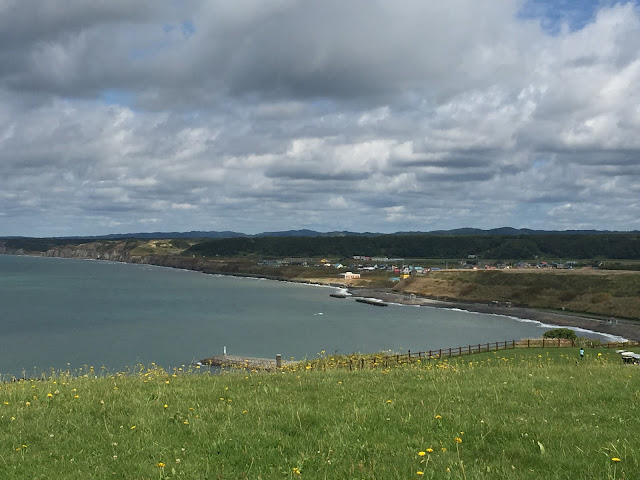 Only to give way to more hills: 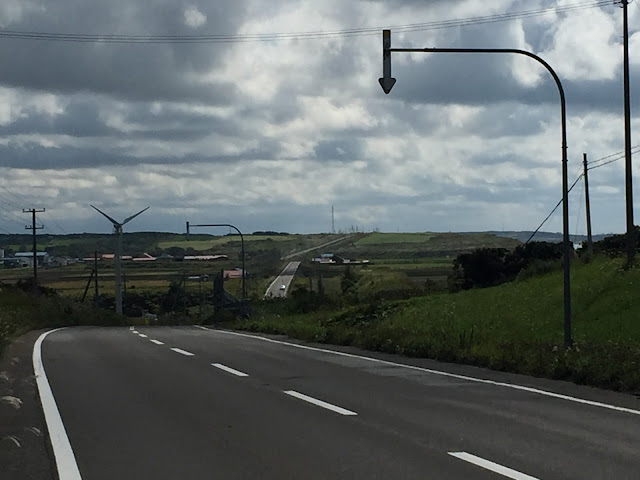 On the top of the hills I normally stopped briefly, got something to drink and then continued on. But sometimes I also took a bit more time to take some pictures. 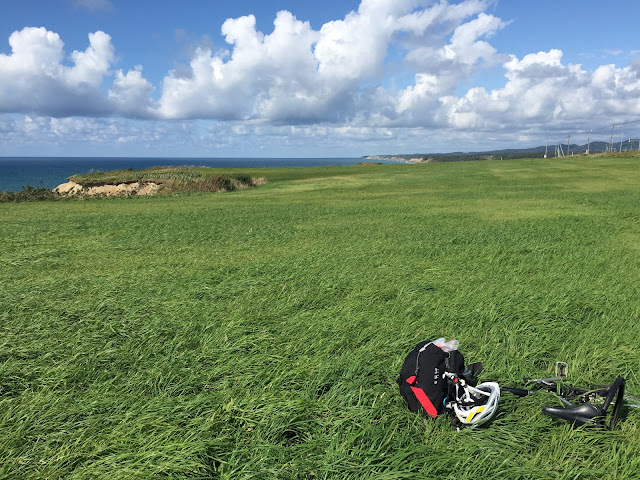 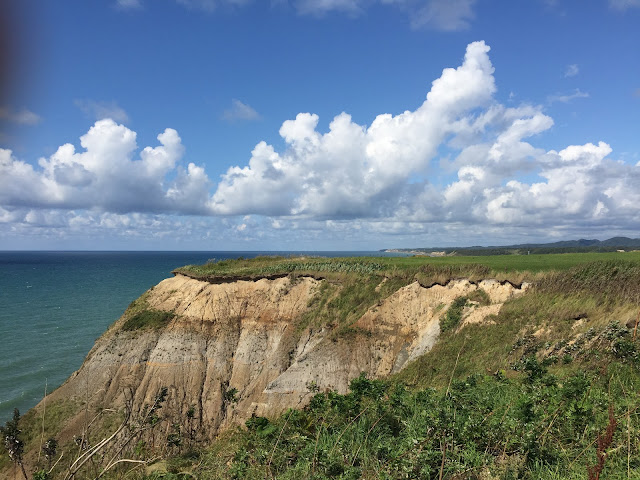 Just before Haboro, I came to the monument for the Ororon (オロロン). It looks very similar to a penguin, but apparently it is some other kind of sea bird, which lives on an island in front of Haboro. 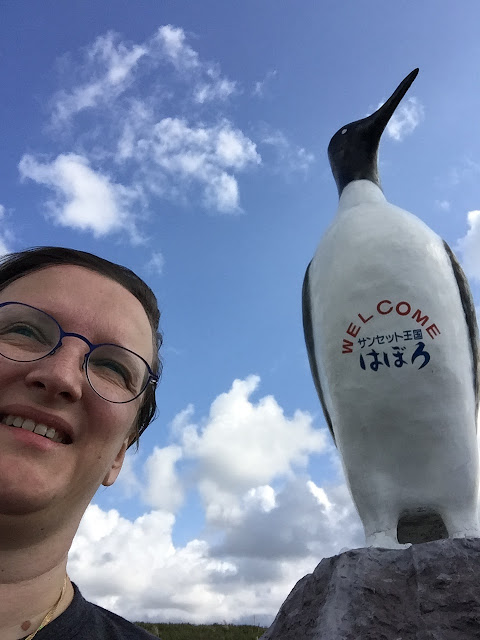 The bird also very kindly lends its name to the road along the coast. Ororon line!

From the "penguin" down to Haboro, where I stopped at the onsen hotel. Unfortunately the two other attractions of Haboror were closed, the rose garden, although in full bloom was closed for reconstruction works, and the sea bird museum closed because of Monday. So I enjoyed a melon ice cream in a small bar (that frankly looked completely closed, but wasn't, nor was I the only guest in the 10 min I was there...). 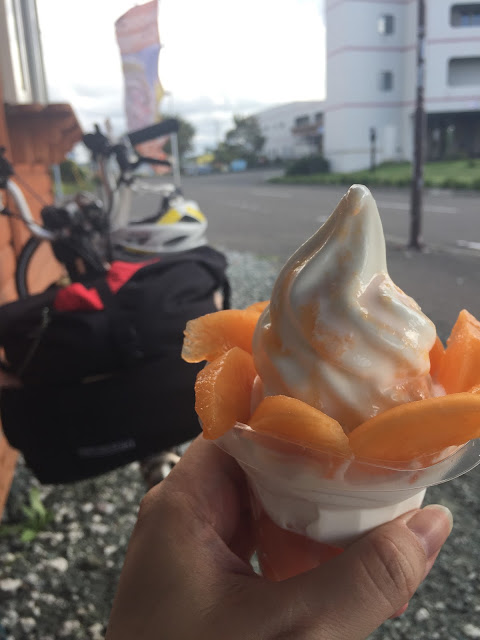 And then the second soak of the day (see above).

As on previous days, my riding was over in the early afternoon. I think today I arrived at the onsen at around 14:30. But I stayed so long in the onsen that I arrived to my accommodation of the night just shortly before 18:00, although I had promised to come by all means before 18:00, as I had registered for dinner. However, when I arrived, the landlord suggested that I should leave again immediately... to have a good look at the sunset, which was going to start a few minutes later.
There is a place on the top of the cliffs, very close to the minshuku of tonight where one could enjoy the sunset: 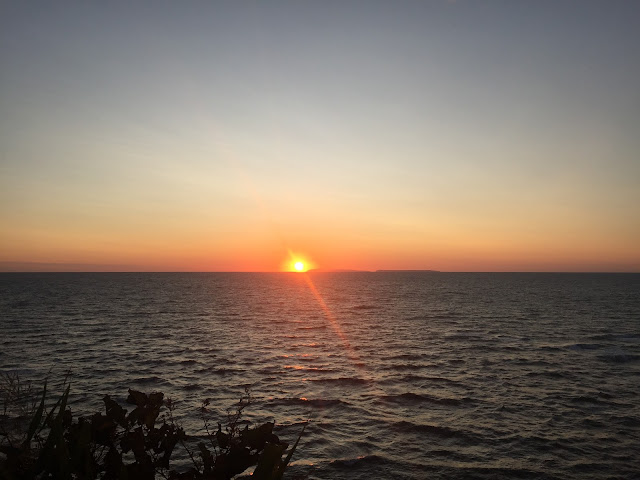 Then back to the minshuku and to dinner, which was delicious as promised by the bicycle rider I met two days ago on the evening of Day 2. 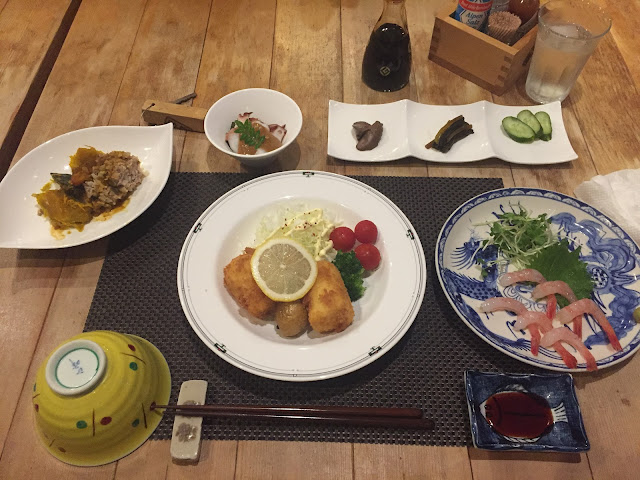 The room itself is relatively small, and not too welcoming for anything else but sleeping. But we also have a big common room, restaurant, where the 3 guests of the night are sitting. One motorcyclist and one elderly guy, who I think came by bus.

Today the number of cyclists I met was quite low, I think only 4, and again no one going in my direction! Motorcyclists were aplenty as before. And even one hiker.