For this weekend I signed up to a meetup group I found recently that seems to be very active with cycling in Tokyo area. The initial plan was a bit daunting, riding about 80 km with over 1200 m of elevation gain. But I signed up anyway, as there was a train line all along, so I figured I could hop on a train somewhere in between and catch up later (and my breath). However the final plan was much less sportive and only had on Day 1 about 50 km and 700 m elevation and about 20 km on the second day. Still much more elevation than I do in an entire month in Holland, but doable.

The plan was to ride from Atami along the coast to Kawazu on Izu peninsula and see the early cherry blossoms. Which are a special subspecies that blooms super early. Actually this year so early that they were already way beyond peak. But still nice: 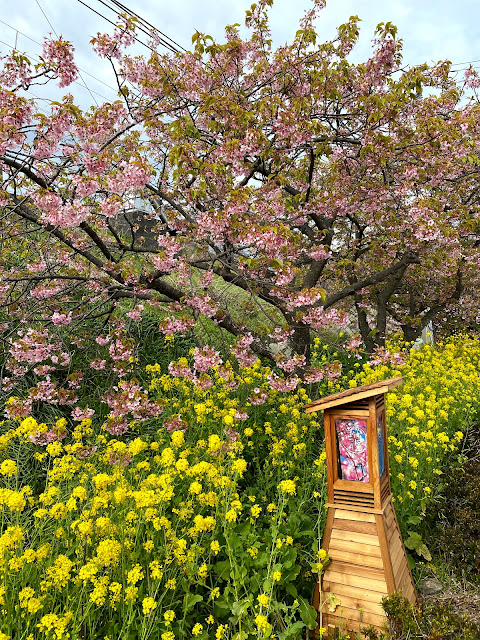 But we are getting ahead of ourselves... as this was the goal...

We met up on Day 1 at Atami station, and after gathering everyone and reassembling the bikes (I had no idea that reassembling a road bike takes some time. I thought it was pop out the front wheel and you are done. but apparently there is much more involved. Mental note to self: to be considered for the famous N+1).

Initially I was intimidated by all these guys with much more speedier bikes, but they all assured me that they were happy to go slow and yes, it was a perfect ride along the coast line. Maybe a bit too much traffic for my liking, and with relatively narrow roads, some of the car drivers pass you with way less than 1.5 m. But the views were great and the company even better: 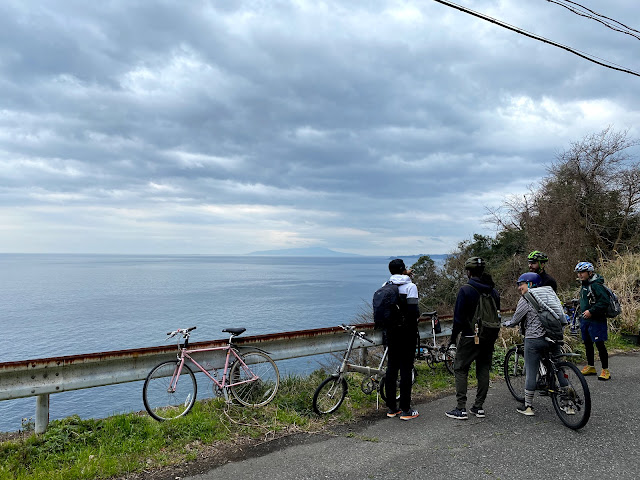 Unfortunately one of the team had a mechanical kind of even before the start line... and spent the entire first day trying to fix it. So he didn't really have a lot of a ride, but the rest of the bunch had. 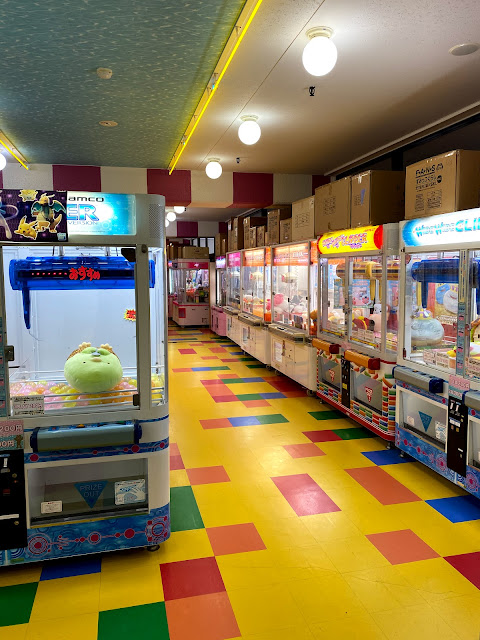 Riding on we could continue to enjoy the scenery and at some point hit on a road that is a half way up the mountain but then stays at that altitude, which gave spectacular views and had little traffic. 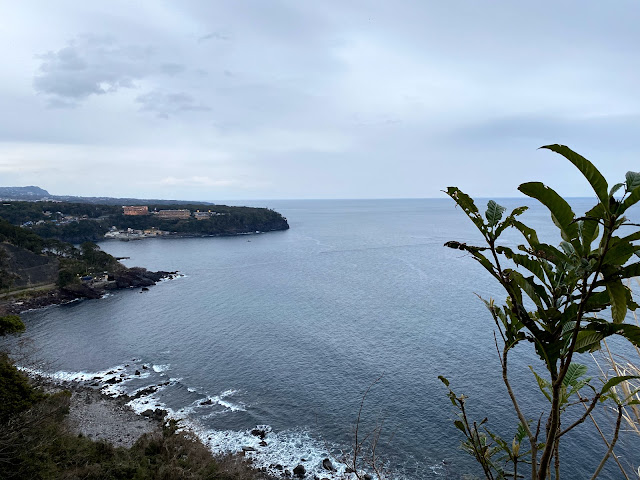 And even came with some sakura in actual full bloom: 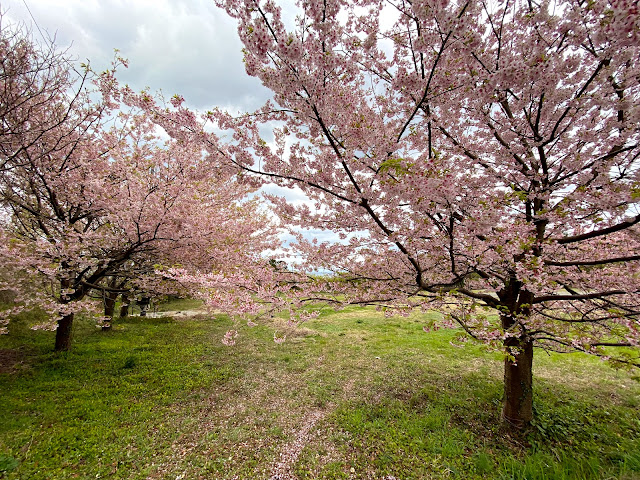 The organizer had even brought a drone and got us this group picture in the middle of the road under sakura trees: 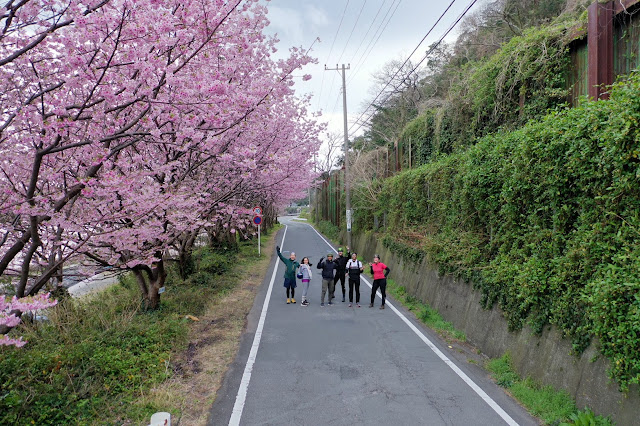 We did take the ride very relaxed with a lot of intermediate stops (the faster waiting for the slowers), pushing up bicycles too steep of hills and everyone except me racing down like in free fall the hills a little bit later... while I was prudently following in the "(w)brake". So when we reached Hokkawa, it was already starting to get dark, and more importantly, starting to rain. But we made it to our guest house shortly before rain set really in. 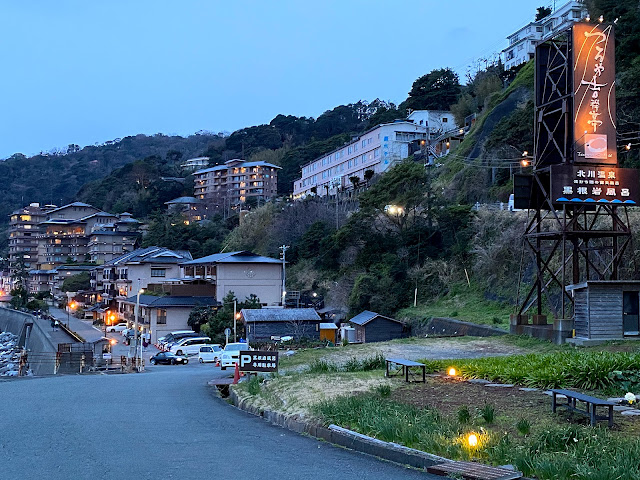 After some group discussions and reviews on google maps, we settled for a onsen in Akazawa onsen. We took the small local train two stations back and then a shuttle bus. It was a very posh area, a bit Kanazawa style... but the onsen we went to was the day spa... so for the normal public, and thus considerably less posh. As we were quite late, and restaurant last order was already at 20:30, we started with dinner, which was actually very nice, and then had our soak afterwards. The soak was okay... but it being dark outside, did remove one of the main enjoyments of this onsen, the unobstructed view over the sea.